Comedian Jerry Seinfeld, a well-known Porsche owner and collector, was on hand in New York for the unveiling

NEW YORK, NY: The most iconic of all the Porsche models, the Speedster, made its world premiere Wednesday (April 17) at the New York International Auto Show.

The Speedster was first seen in concept form on June 8, 2018, at the Stuttgart-Zuffenhausen, Germany, as part of the “70 years of Porsche Sports Cars” anniversary celebration.

The production 2019 Speedster, like its predecessors is all about lightness, handling and power starting with the same normally aspirated, 4.0-litre flat six-cylinder engine also found in the 911 GT3 and 911 GT3 RS, and in this case producing 503 hp and 346 lb/ft of torque.

A six-speed manual transmission is used mainly because it is 18 kg lighter than a seven-speed dual clutch automatic.

To keep weight down, the front luggage compartment lid, front fenders and rear deck lid are all carbon fibre. The front and rear fascias are made of lightweight polyurethane.

The standard Porsche Ceramic Composite Brakes (PCCB) are not only more effective but are 50 per cent lighter overall than cast iron rotors. 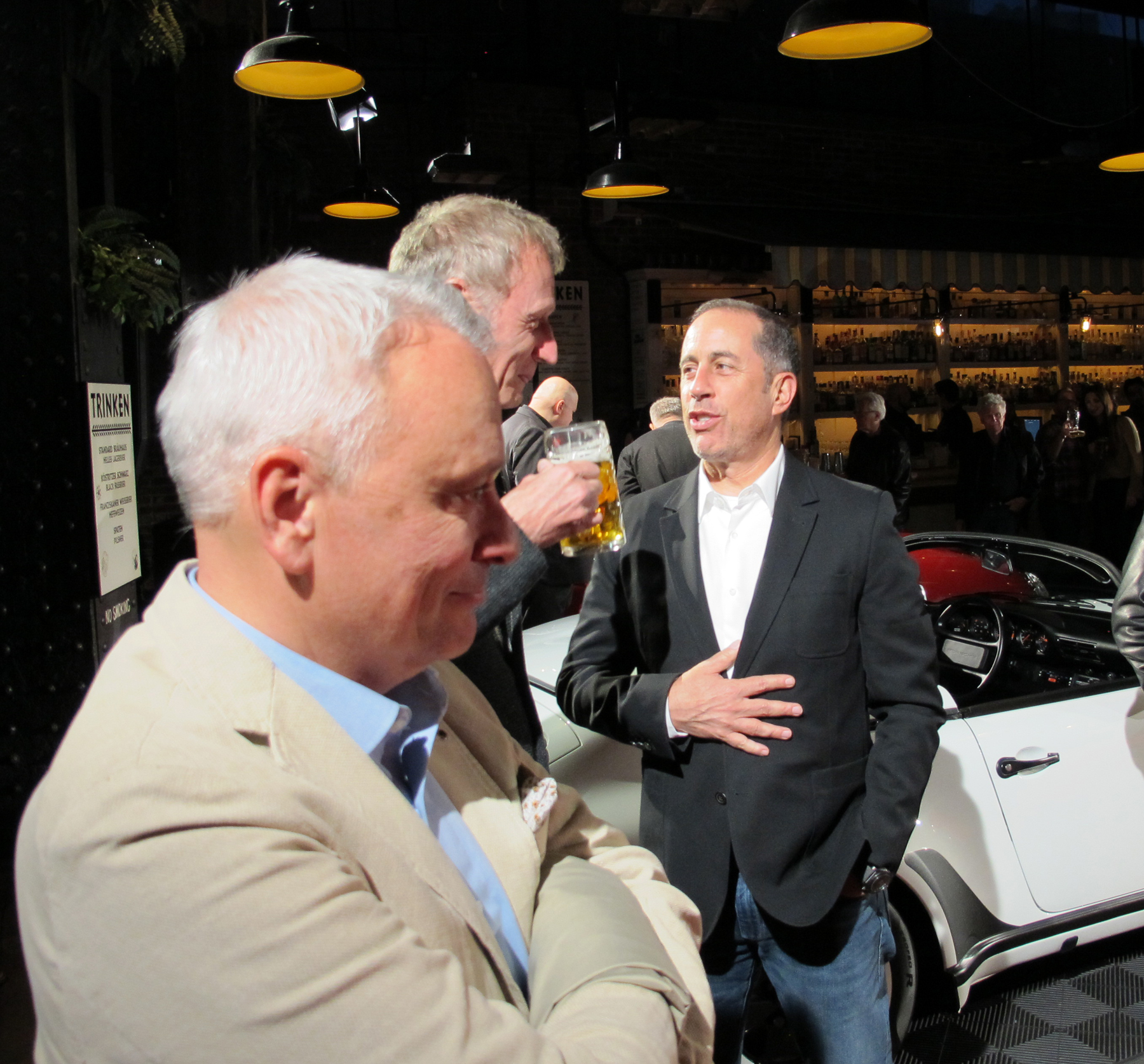 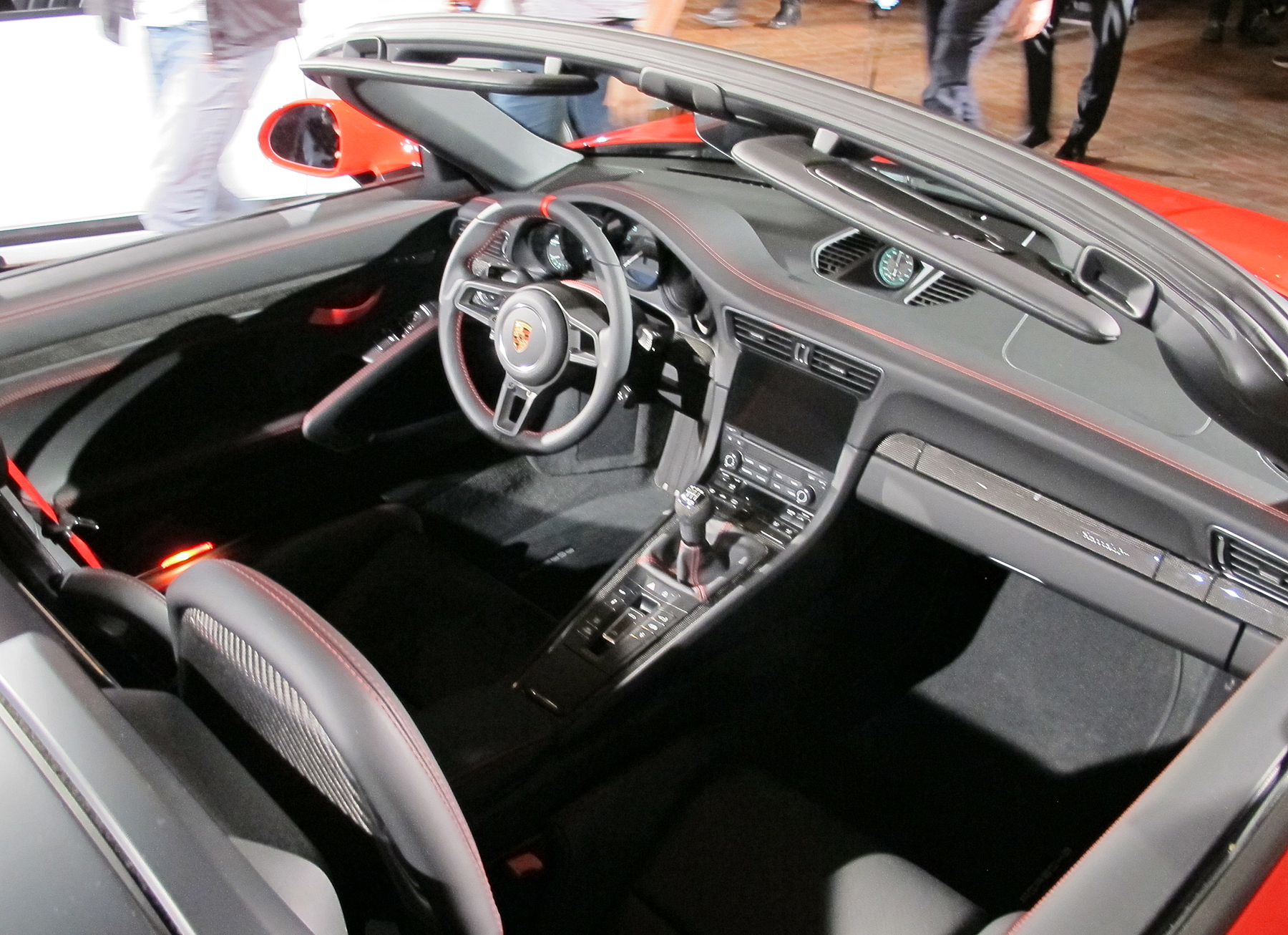 Even air conditioning is omitted in the interests of weight saving unless the buyer wants it and then it is a no-charge option.

Of course, the signature look of any Speedster is the low-cut front windshield and side windows and the skimpy manual fabric roof coupled with two streamliners on the rear deck made of composite that are an iconic design cue.

The Speedster began as a model designed for the U.S. by legendary New York City importer Max Hoffman beginning in 1952 with the 356 1500 model featuring an entirely hand-make aluminum body that weighed 60 kg less that the normal 358 Coupe giving it a top track speed of 175 km/h which as exceptional for the time with just 70 hp on tap from the engine. 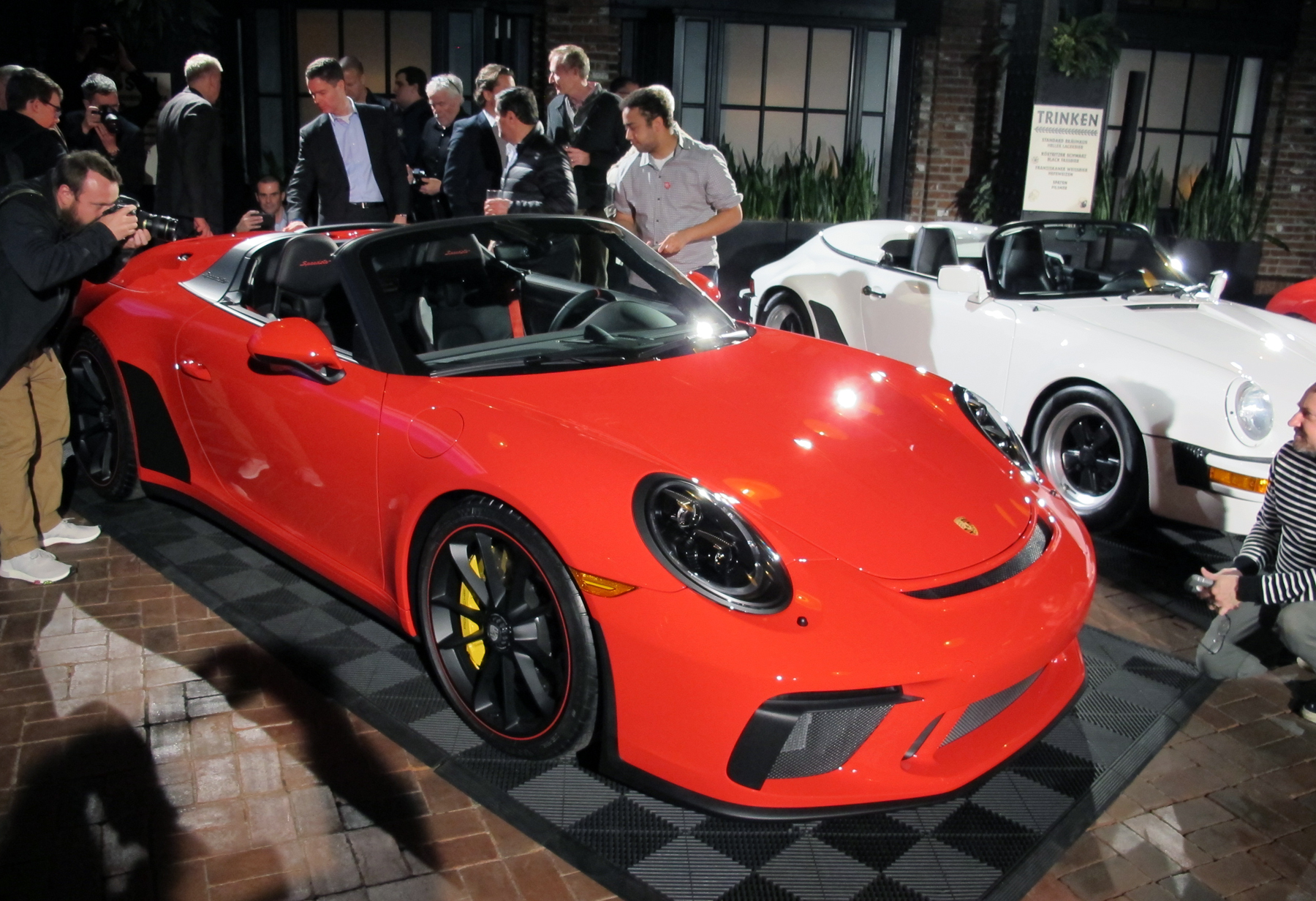