No longer a car show but a look at what will move us tomorrow as the world works to move away from fossil fuels.

Join the Conversation (0)
From September 7-12, Munich was home to the Internationale Automobil-Ausstellung, and the show had a number of firsts. It was the first time for the IAA show to be held in Munich after the biannual show - there is a commercial truck and equipment version on the off years - left Frankfurt, its home since 1951. It was the first international auto show to be held in-person since the world shut down for the COVID-19 pandemic, and it happened as global cases continue to rise. Lastly, and most importantly going forward, it was the first time for the event under its new guise as the IAA Mobility show. No longer a car show but a look at what will move us tomorrow as the world works to move away from fossil fuels. Here's how it went.

The Frankfurt show of old spanned an absolutely massive facility and it was filled with nearly every automaker that has a car for sale in Europe. Debuts in 2019 numbered into the dozens, including the BMW 4 Series Concept, the Land Rover Defender, and Lamborghini Sian as well as the Mercedes EQS concept, VW's ID.3, and loads of others.

This year had just a handful of automakers in attendance, including Mercedes-Benz (who had the most debuts to bring into BMW's home court), BMW, Mini, Ford, Volkswagen, and Renault. Many of those who were there, including Ford, had only two or three vehicles on stands that in past years would have had dozens. Porsche wasn't even at the show, but had a display set up in the city. 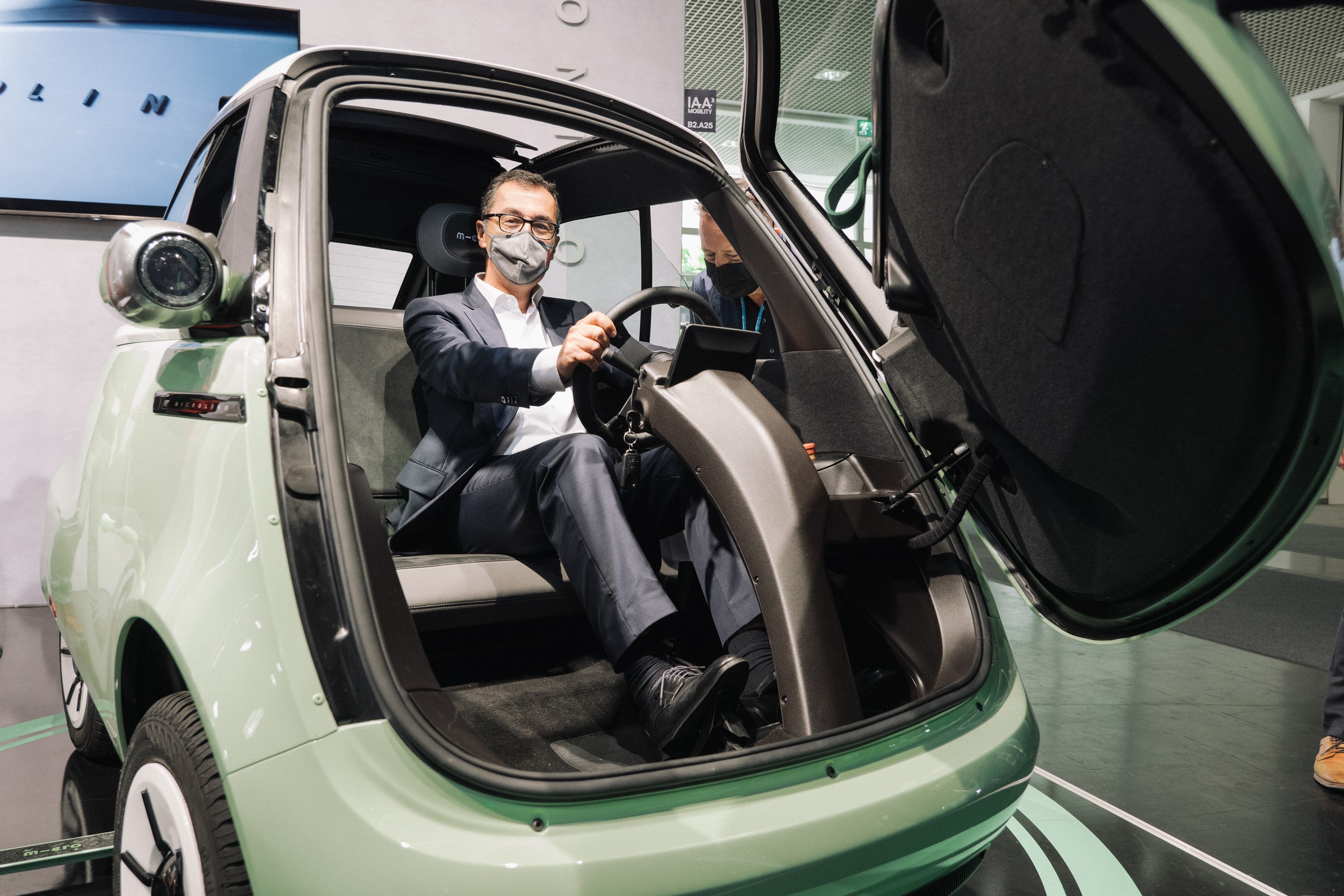 Taking over from the cars were the bicycle vendors. Two entire halls were filled to the brim with two-pedal machines and electrically assisted cycles. Bulls, Pegasus, Flyer, Scott, and many other brands familiar to two-wheeled enthusiasts but largely unknown to us four-wheeled journalists. A fact that I expect to change sooner rather than later.

The cycle brands were accompanied by many more vendors of cycle accessories. Tires, helmets, lights, cargo bikes, and even a reusable crash protection airbag that attaches to a backpack and could likely help save cyclists' lives when they are (almost) inevitably struck by a car and its driver. 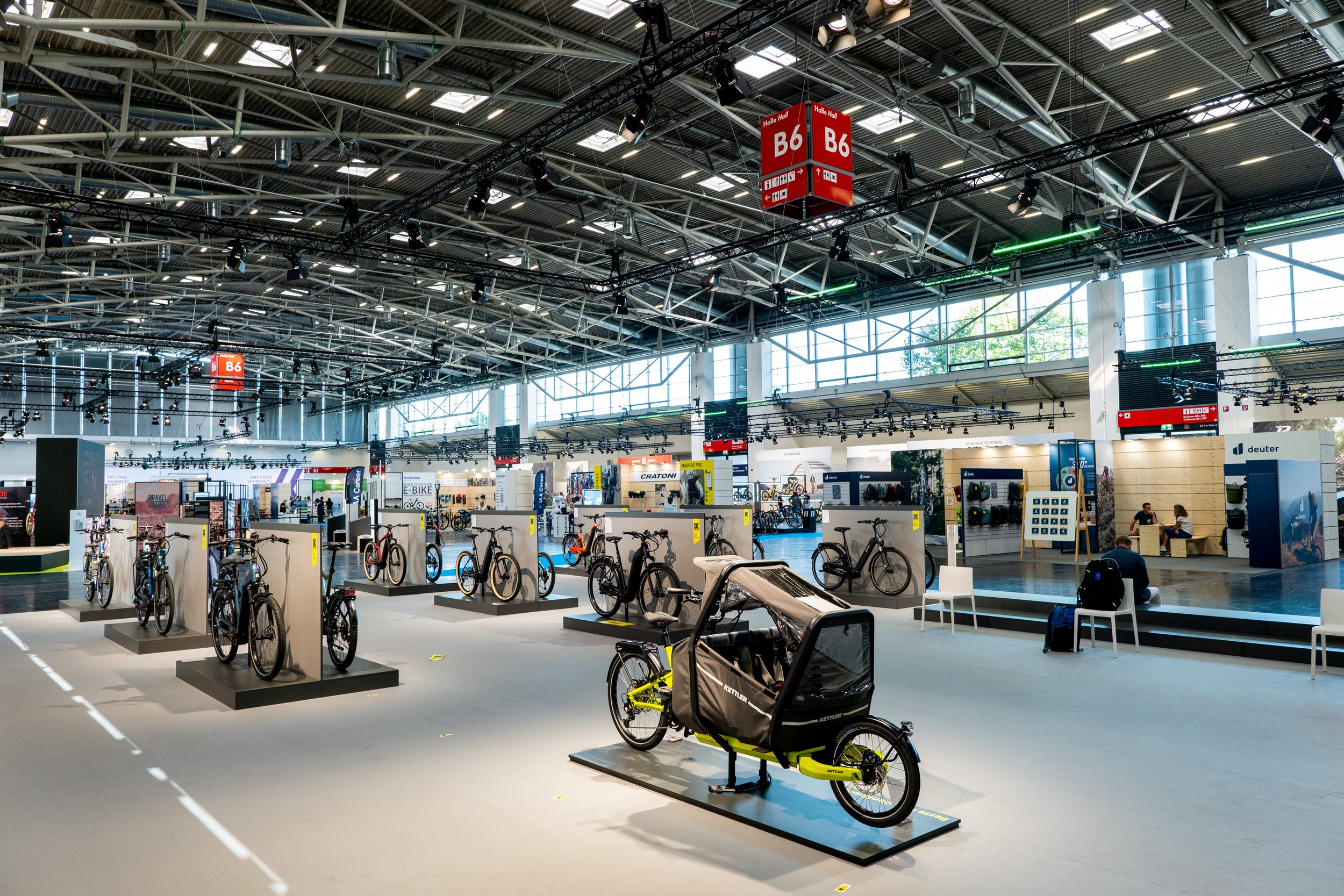 Rapid electrification of the car industry has seemed to be around the corner for the last few years, but the tech that has made 1,000 hp electric cars with 800 km range estimates possible has hit the bike world even more quickly. Requiring just a handful of cells, these e-assist bikes can take you to work without a drop of sweat, with a minimum of pedal effort, and for less cost than your average Torontonian spends on downtown parking in a year.

Electric city cars and other last-mile solutions were also the name of the day, including Great Wall's Ora brand and its surprisingly stylish Hao Mao and the cute but impossible for North America Adora. Microlino was also there with its adorable Isetta-clone that was zipping around downtown Munich to show off for the show.

The move from a traditional car show to showcase of alternative transportation was just part of the transition from IAA to IAA Mobility, though it already set the event apart from any other event we've attended. It was the engagement that was the focus. To do more than just show the car (and the bike), but to put those who are curious about - or have not yet experienced - these new EVs, e-bikes, and city cars behind the wheel, tiller, or handlebars of these new vehicles and to help get them to the show using other alternative methods of transport that are ready for prime time but just need a push. 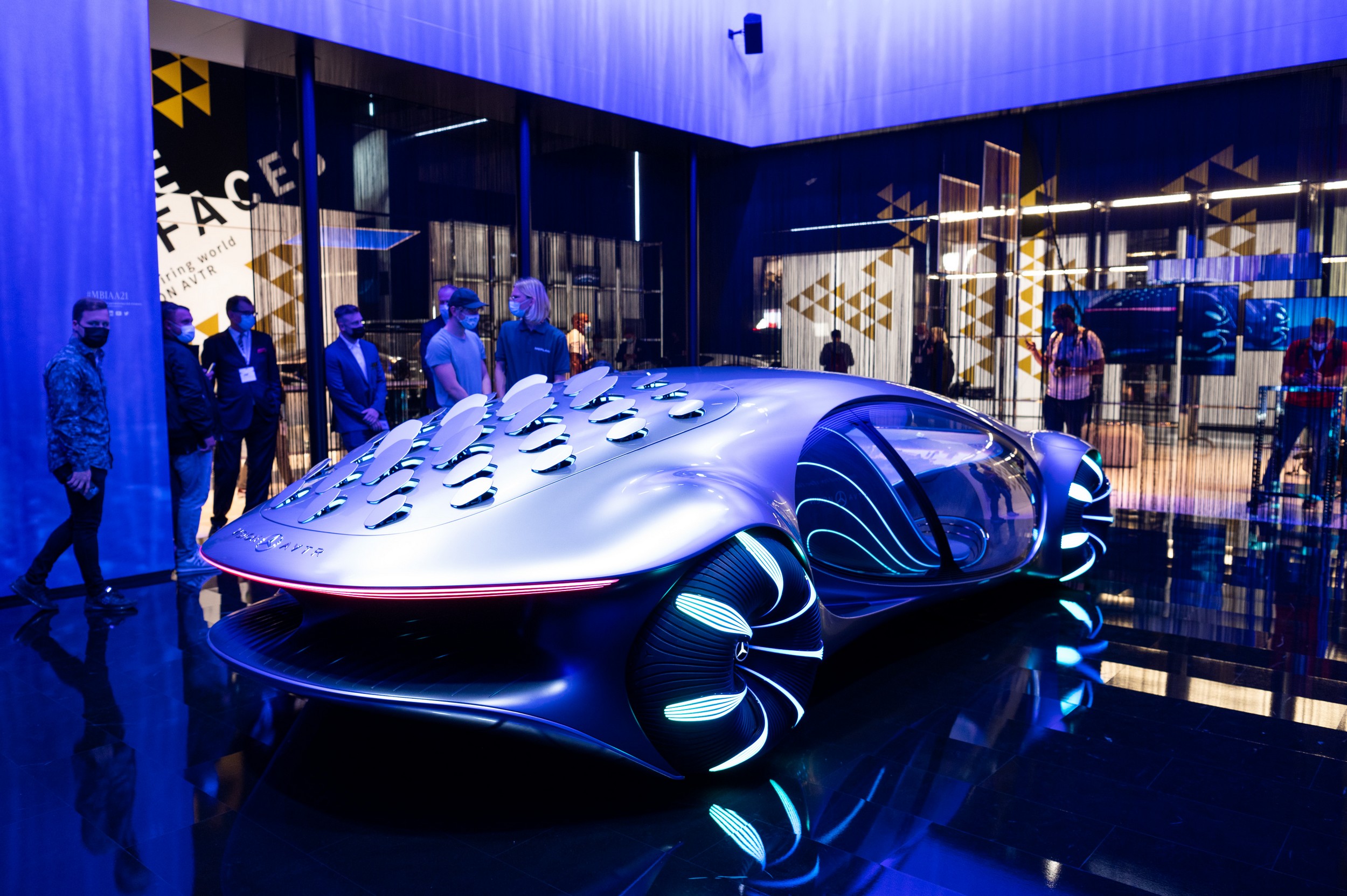 Organizers made getting to the show a snap thanks to the Blue Lane. A 12 km route on public roads that let riders experience battery-electric, hydrogen-powered, and other zero and low-emissions shuttles like the Daimler eCitaro and a bus from CM Fluids that uses a biomethane fuel to run an electric motor and charge up as needed. All in real traffic situations. Didn't have access to the Blue Lane? No problem, your event ticket would get you access to the subway to get to the show in underground comfort. Many of the show's exhibitors didn't even come to the main Messe, instead setting up around the historic city letting you get there your own way.

Then there were the test drives. Not a few vehicles on a tiny loop, visitors to the show could drive EVs from more than a dozen automakers including Audi, BMW, and even Porsche. Even more e-bikes and scooters were available. The cars could be driven on that same 12 km route, while the bikes could be ridden around the show (including an off-road course) or around Munich. Admission to the IAA wasn't needed, as drivers could leave an ID and take a drive without entering the show proper. 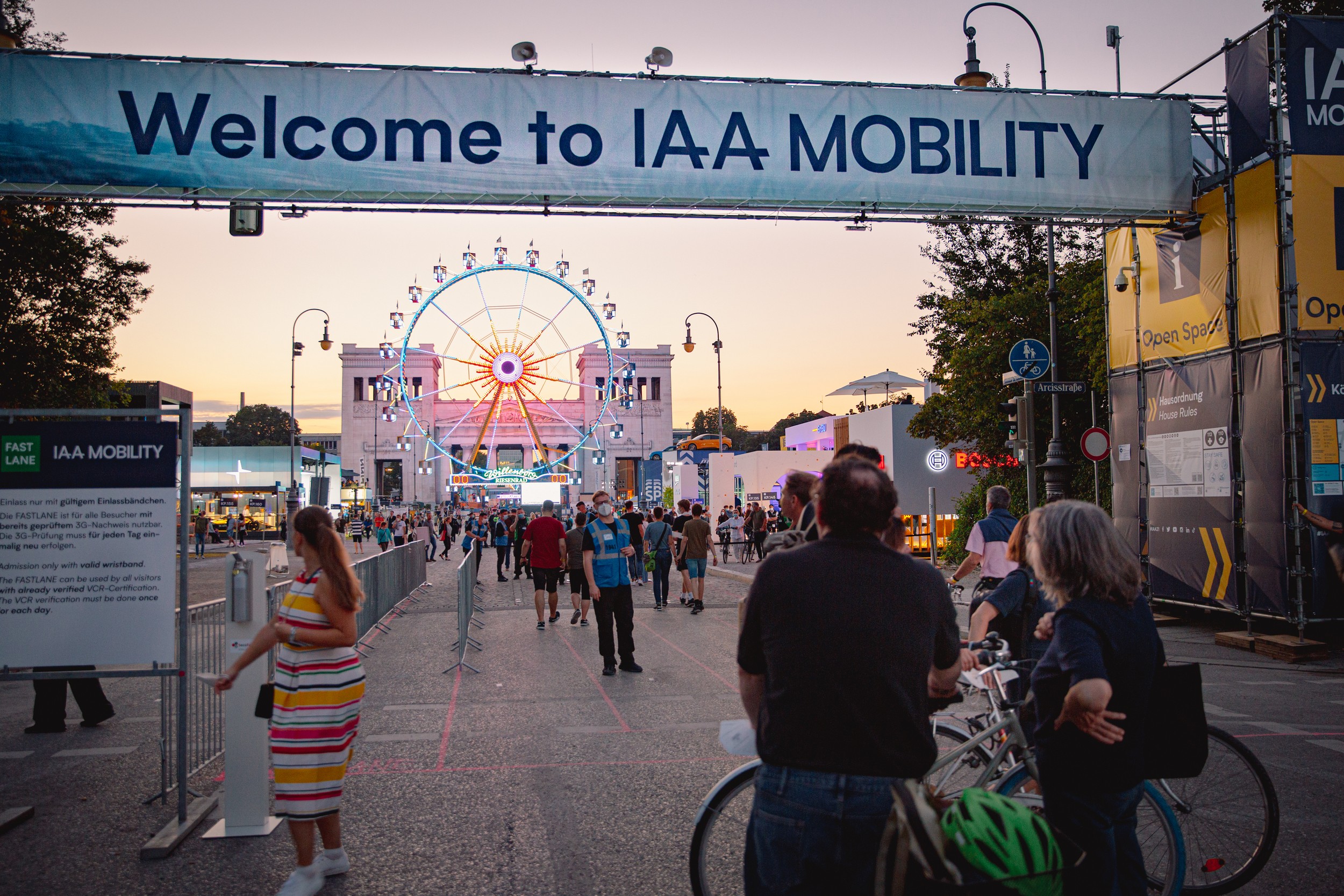 While the attendance, at around 400,000, was down sharply from the 560,000 of the 2019 show, this felt like an important change to the future of the auto show. A show that gave you the usual automotive suspects including some seriously cool ex-Formula 1 cars and other exotics and historics, but also let car-hungry shoppers experience not just zero-emission cars but alternatives to cars. With our need to cut carbon emissions growing by the day, it seems like every auto show should take a long and hard look at this model. Even the first step was a smart one: make all of the journalists in attendance (plus anyone arriving by private car) walk past the bike displays to get to the cars. I noticed, and I approve.