I have my critics but Page, McReynolds top the list

In all my years of writing about motorsport, I’ve only been taken to the cleaners twice. That doesn’t mean I haven’t been criticized – boy, you should see what’s in my inbox every Tuesday after people read my Racing Roundup on Mondays. But I’m talking about when my peers haul off and let me have it.

One time, Larry McReynolds, who knows a thing or two about stock car racing, said something about IndyCar racing that I profoundly disagreed with – and said so. A day or two later, the phone in my office rang and a voice said, “Norris McDonald? Larry McReynolds would like a word. Please hold.”

Mr. McReynolds let me know he was disappointed with me for not checking with him before sounding off.

“I don’t know a lot of about that type of racing,” he said, “but I checked with some people and that‘s what they told me. If I was wrong. I apologize but that’s what I was told.”

I felt badly because he was right. I should have called him and asked him why he’d said what he did because it wasn’t right. And I was surprised by the source of his information, because the person he’d checked with should have known better.

The other time was just funny.

There are two voices associated with big-league auto racing. If a Formula One race comes on TV, you expect to hear the voice of Murray Walker. I know he’s dead, and other announcers have done the job since, but nobody else could do it like Murray.

The other voice associated with a particular race was Paul Page and the Indianapolis 500. Why that iconic race is still not being called by Page, who’s been off TV for years, is beyond me (as Murray would say). But one time he said something that was hilarious. I pointed it out and he called me on it.

For years, Florence Henderson, who was the star of “The Brady Bunch,” would sing “America the Beautiful” just before the big race. In the years before her death, her voice started to fail. The last time she sang the song in 2015, she massacred it; Paul said the 300,000 (or so) loved it. In fact, his exact words were, “Florence Henderson and ‘America the Beautiful’. . . didn’t they just love it.” 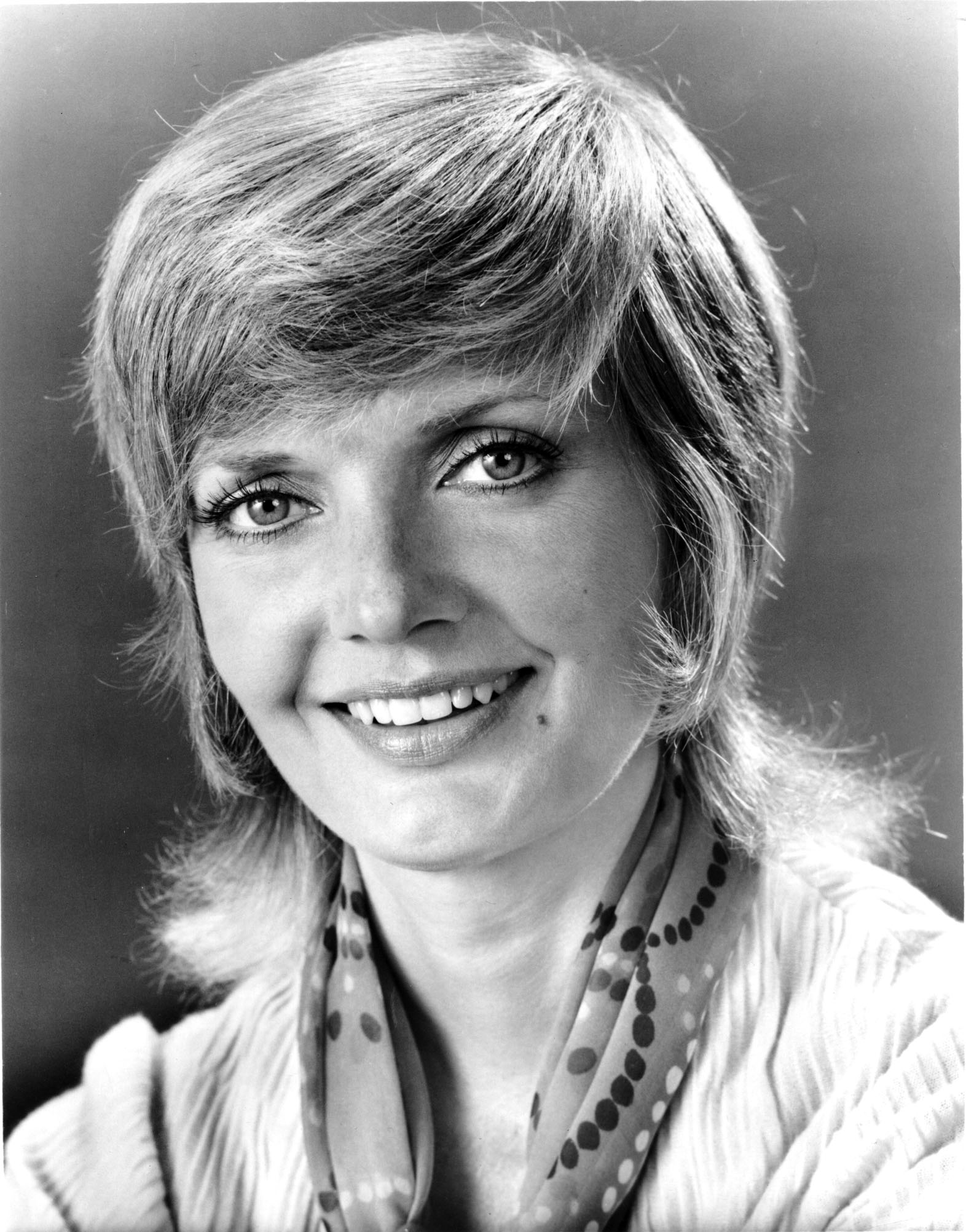 I wrote, “Florence Henderson’s voice sounded like fingernails on a chalkboard and Paul Page must have a tin ear to think she did a good job.” The next day I got an email:

Page has released a book chronicling his life and adventures. The Indianapolis 500 was his calling card, for sure, but he had many more. And without doubt, he is one of the most stubborn individuals you would ever want to know about. He is a man who rarely said no and was one of great accomplishment.

But the book is about Indianapolis and the drivers he’s known and the races he’s covered. Called “Hello, I’m Paul Page. It’s Race Day in Indianapolis,” it’s co-written with Indianapolis writer J.R. Elrod. It chronicles his first race as a spectator in 1960, through to his coverage of the 100th running in 2016. Told as a series of vignettes, it fills in the blanks between those bookends, as well as his life before and after. 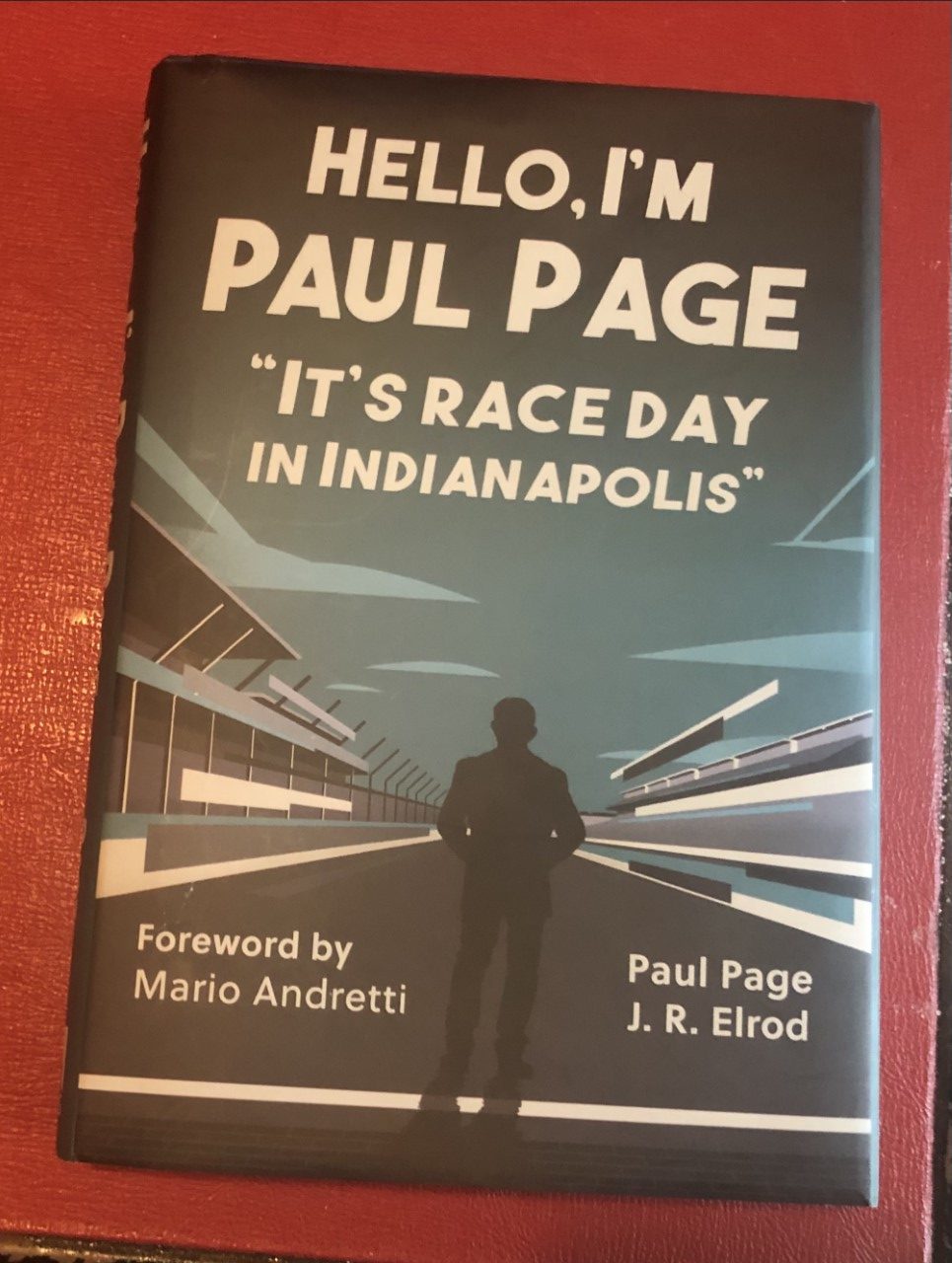 My favourite parts: his love for his Uncle Harry (Geisel), a Major League baseball umpire; driver Eddie Sachs describing driving into a turn at Indy (“Three, two one . . . Conkle,”) which was a local funeral home where you didn’t want to go; landing a job with the Indianapolis Motor Speedway Radio Network and working on it with his hero, Sid Collins; and becoming the “voice” of Indy car racing on TV.

I suggested earlier this year that all fans of the IndyCar sport read “Indy Split,” by John Oreovicz, a blow-by-blow account of the civil war that decimated IndyCar racing. For another view, from the inside, read Paul Page’s book, which you can order online.

You’re going to love it.