Hyundai has just announced pricing for its latest crossover, and the Venue looks like it will find a new place to play as the lowest-priced crossover in the country.

The automaker calls the Venue its seventh crossover, which means counting the Kona and Kona EV separately and hoping that you don’t forget about the hydrogen-powered Nexo. This one is also its smallest, coming in 130 mm shorter than the Kona and offering 394 L less total cargo space (with 903). Despite that the Venue is 15 mm taller than the Kona, so should have good interior space and visibility in a small vehicle.

Hyundai is offering just one engine for this little crossover, a 1.6L four that we’re expecting to make 121 hp and 113 lb-ft of torque. A six-speed stick will be standard on the base model, part of making this starting price as low as it is. All the rest of the trims will get a CVT, the first that the brand developed and built internally. Hyundai estimated fuel economy for that combo in the range of 7.1 L/100 km combined.

All-wheel drive won’t be on the options list, but in this class that’s more the norm than the exception. Toyota’s C-HR and Nissan’s Kicks are the biggest targets and both of those are missing all-wheel drive too. So maybe missing isn’t the right word. There should be plenty of space under the hatch for bringing winter tires home if you’re worried about a lack of grip. 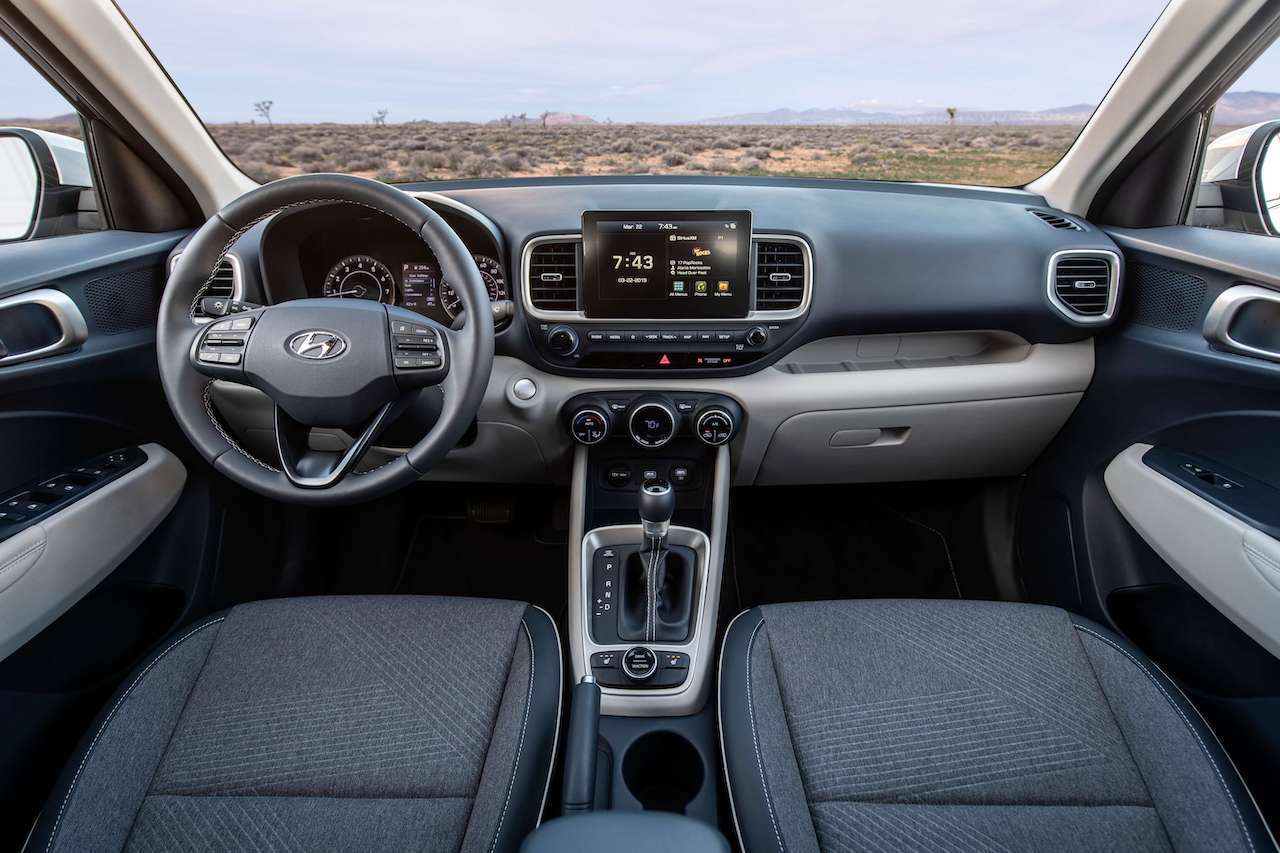 The Venue gets boxy styling unlike the rest of the class, which leans toward angular and futuristic. It still wears the new Hyundai corporate grille including LED lights and a character line running from nose to tail.

Despite the low starting price, the Venue will be the stage for lots of driver safety tech. Forward collision avoidance, lane-keeping assist, driver attention warning, and high beam assist will all be available. Comfort-wise, all Venues will come standard with an 8.0-inch touchscreen with Android Auto and Apple CarPlay. All but the most basic Essential trim will get a heated steering wheel, though Hyundai expects just one in 10 buyers to pick that lowest trim. Every Venue will get heated front seats.

The Venue will start from $17,099, undercutting the Kicks by more than $1,000, and even coming in less than a similarly-equipped Accent, Hyundai’s subcompact car offering. Load it up and you’re still under $25,000, with the Ultimate trim starting from $24,899. 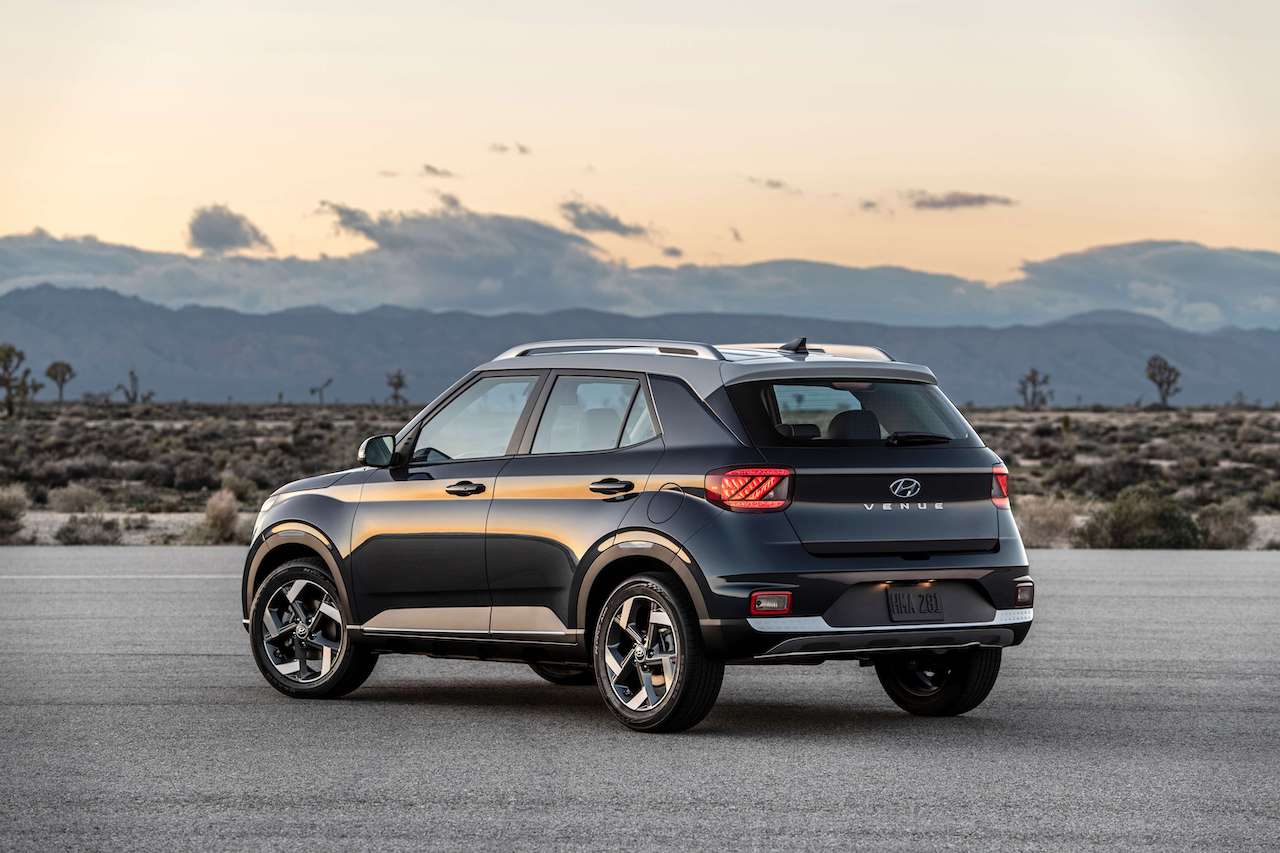