But it's not the high-performance models like the Veloster N you're probably expecting.

Hyundai is going land speed record chasing with a pair of its vehicles. But it’s not the high-performance models like the Veloster N you’re probably expecting, instead Hyundai is taking the Nexo fuel cell crossover and the Sonata Hybrid to the Bonneville Salt Flats.

The Bonneville Salt Flats in Utah have been the home of land speed records for decades. Thanks to the miles-long open expanse of smooth and mostly flat salt. The area is no stranger to drivers wanting to go faster and faster, though usually they make a bit more noise than these two.

For the first record attempt, Hyundai used the Nexo. That’s the automaker’s fuel-cell powered crossover, which uses a hydrogen fuel cell to convert the gas into electricity and makes 161 hp and 291 lb-ft of torque. Normally, that’s enough to push the car from 0 to 100 km/h in 9.2 seconds, but this time Hyundai’s test driver kept their foot down. 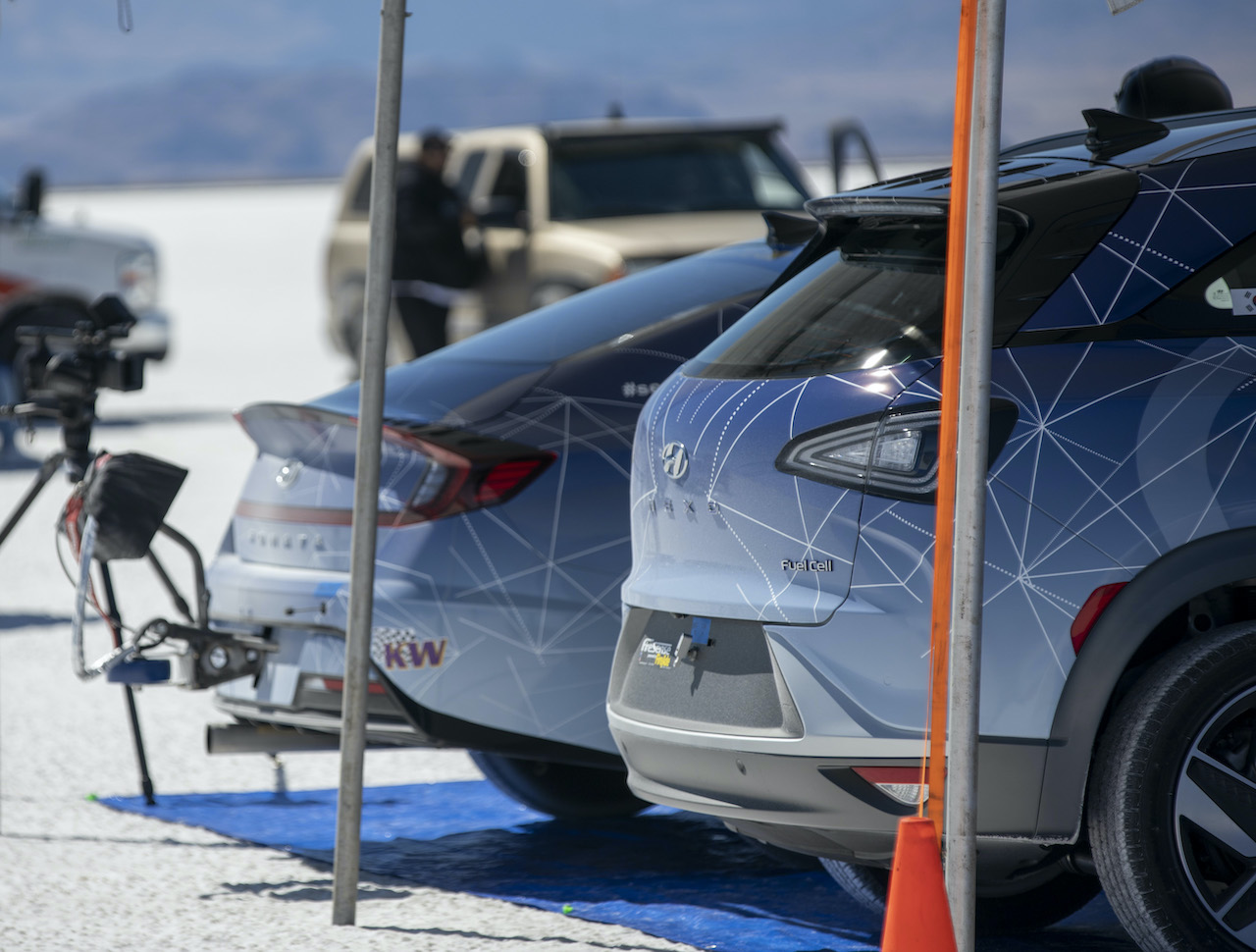 Inside, the car was equipped with an FIA-approved roll cage, Sparco racing seats and harnesses, a complete fire supression system, and window netting. Underneath, the Nexo was fitted with a special aero valance.

Hyundai said that the record attempt was for “the hydrogen fuel cell category,” and while the FIA doesn’t list that class specifically (nor does the SCTA, who usually runs Bonneville records), so we’re going to assume it’s for a production-based, that is stock, vehicle since there’s a fuel cell streamliner that is more than three times as fast. The Nexo was able to run to 106.160 mph, or 170.848 km/h, an impressive time for the fuel cell car.

The Sonata Hybrid went a bit more all-out, running in the gas-electric hybrid category. Where the Nexo was nearly stock, the Sonata saw modifications that included a KW suspension system along with Goodyear Land Speed tires, Mooneyes wheel covers (a land speed staple), and special brakes developed internally. It also had a Nitrous Express nitrous oxide system for more power, a special fuel cell, and a new exhaust system including the header. Plus all the safety stuff, of course.

Both records are pending FIA approval, who make sure that all the rules were followed correctly. The pair were developed by Hyundai’s US tech centre and will be on display at the SEMA show next month. We’re wondering when the nitrous system will hit the dealer accessory catalogue. 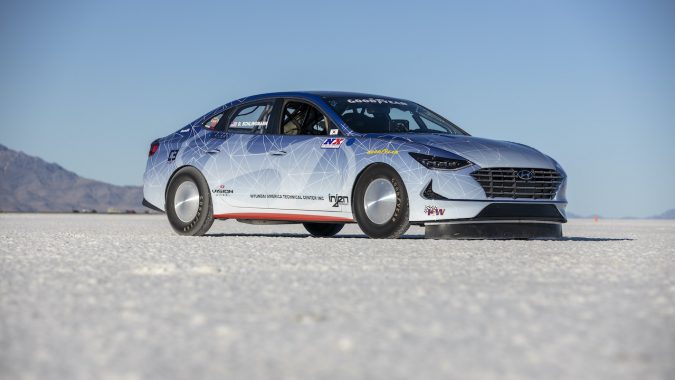 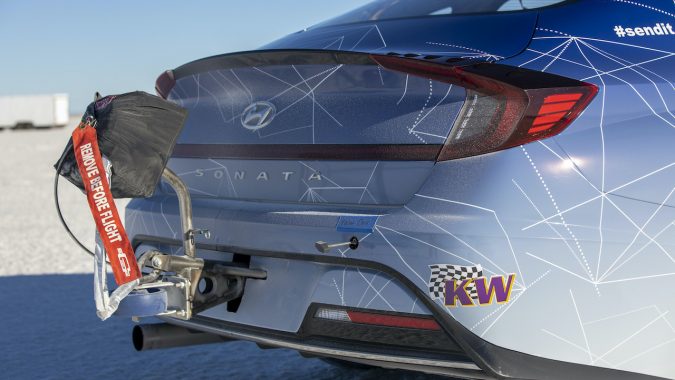 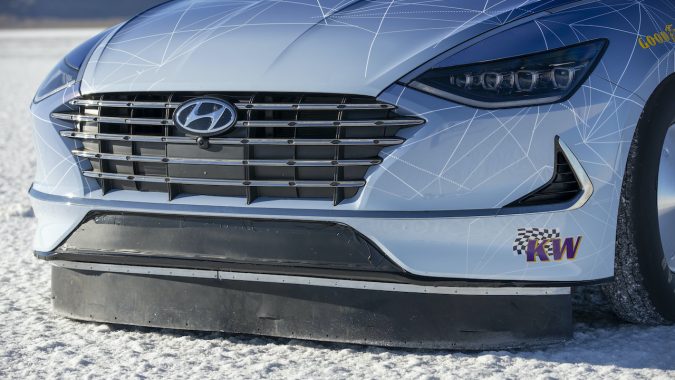 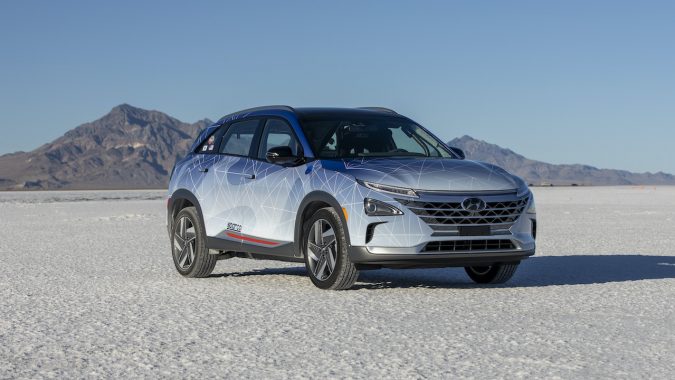 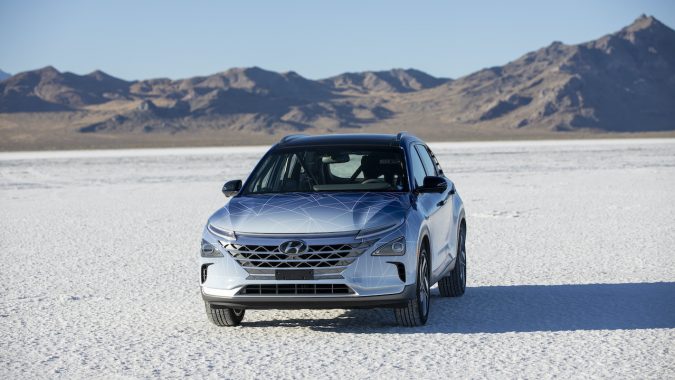 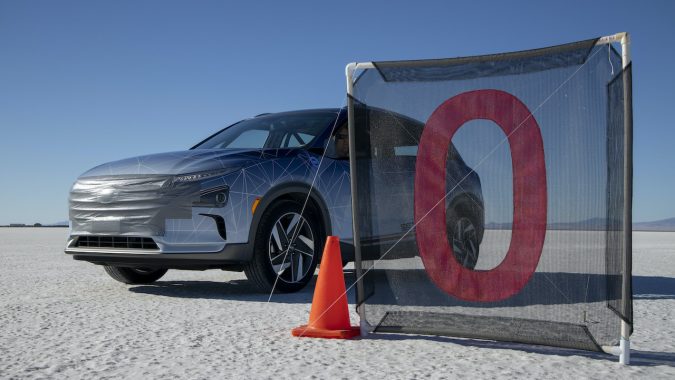 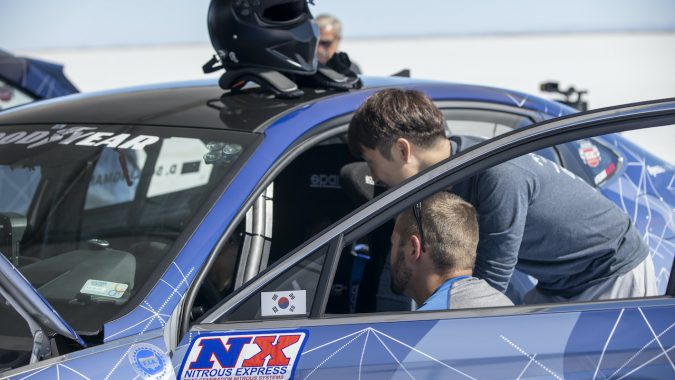 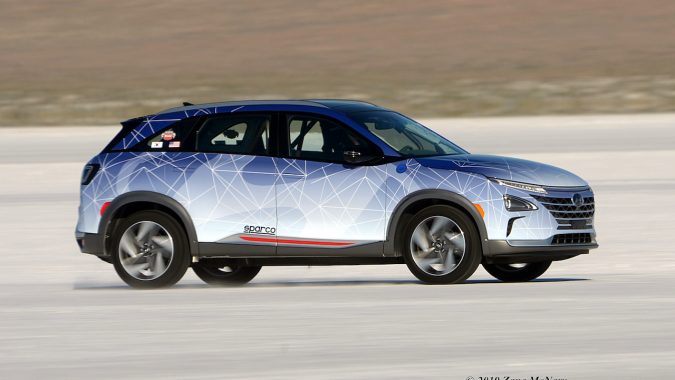 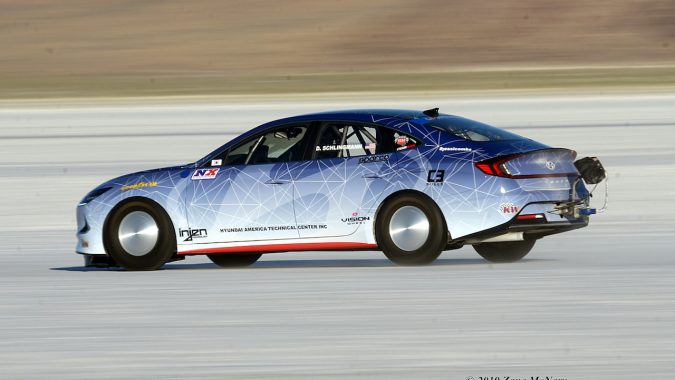