Hyundai enters the subcompact segment with the 2019 Kona crossover, due in Canada in late winter.

LOS ANGELES CA: Crossovers are where it’s in the automotive world these days and Hyundai and Kia used the Los Angeles Auto Show to showcase a trio of their future products.

Hyundai is filling a gap in its lineup with the introduction of the 2018 Kona, which will be the small crossover SUV in its fleet.

The South Korean automaker has felt its model lineup was too ‘car-centric’ so it has plans to introduce eight new or re-engineered crossovers by 2020.

The Kona will be competing in the subcompact class against the likes of the Mazda CX-3, Honda HR-V, Toyota CH-R and the Subaru Crosstrek.

Hyundai is aiming the Kona at customers with active lifestyles. Its styling is definitely distinctive with black cladding, or ‘armor’ as Hyundai calls it, adorning the wheel wells and rocker panels.

In fact, chief designer Daniel Kim says the new crossover has an “urban warrior” vibe with the goal in the design to make it “distinctive and unique inside and out.”

At the same time, the Hyundai says the Kona will be the most refined and sophisticated vehicle in its class.

Slated to go on sale in Canada in late winter 2018, the Kona sits on a brand new platform and will be available in front- or all-wheel-drive with two engine options.

A 2.0-litre Atkinson cycle four-cylinder will boast 147 hp and 132 lb/ft of torque when paired with a six-speed automatic transmission.

The second engine option is a 1.6-litre turbo pumping out 175 hp and 195 lb/ft of torque. It will be mated with a seven-speed dual clutch transmission.

More than 50 per cent high strength steel will be used in the new lightweight body frame that is engineered to be rigid yet offer “dynamic driving performance” and a comfortable ride.

Kona will slot in below the Tucson and Santa Fe in the Hyundai lineup.

Slotted in the midsize market, the Sorento gets a subtle facelift for 2019 including exterior improvements to the front grille, front and rear bumpers, wheel design and LED headlights.

A new eight-speed automatic transmission will be offered along with a revised six-speed unit.

As well, a new diesel engine is in development and will join the lineup in the future. 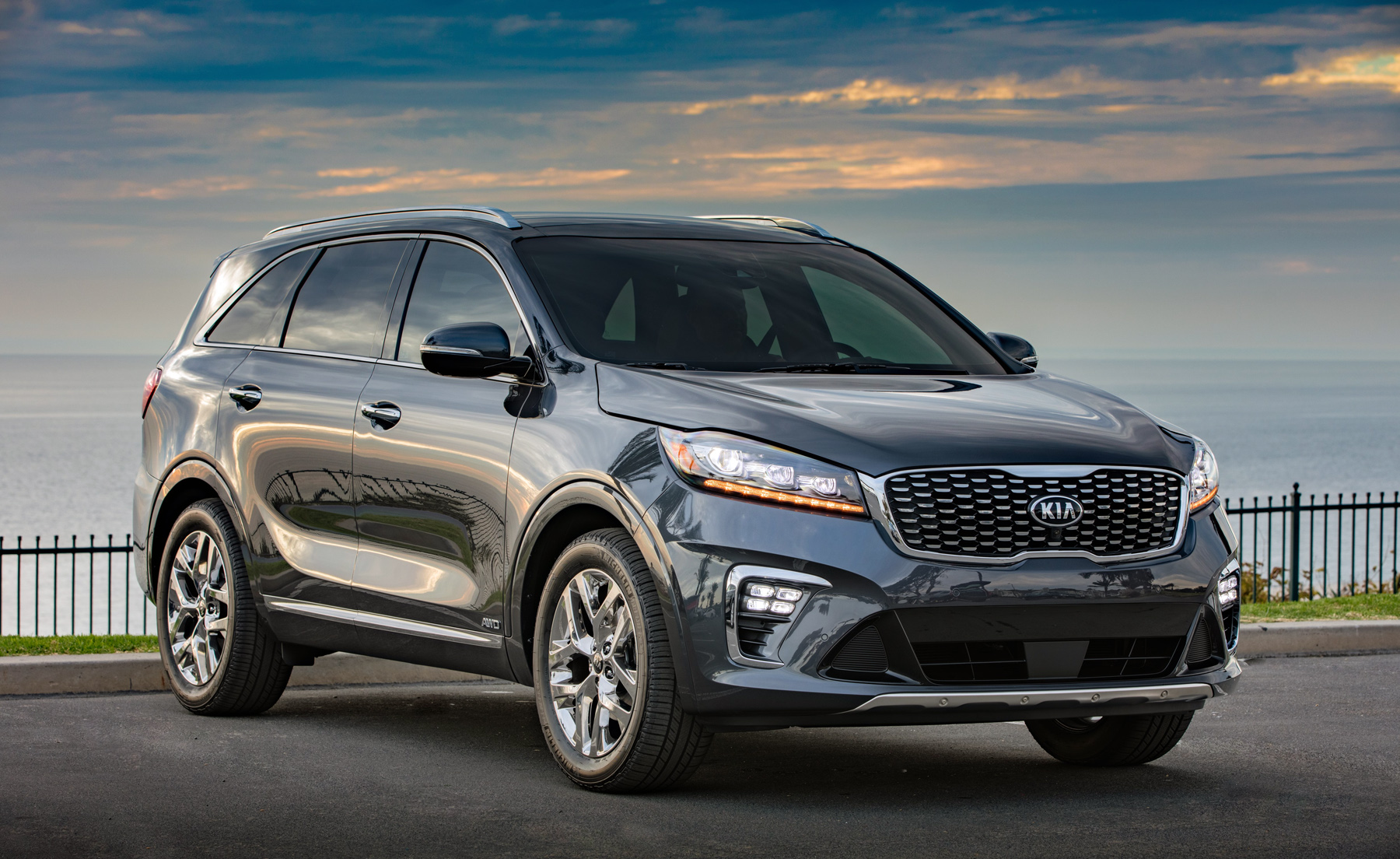 With all the same features as the regular Niro, the PHEV will have a few exclusive touches to set it apart, including hybrid blue exterior accents, a charge port on the left front fender, a slightly modified front grille insert and available LED headlights and a seven-inch colour meter cluster with digital tachometer.

The Kia Niro PHEV will have an estimated all-electric, zero-emissions range of 41 km and a total estimated range of more than 900 km with the electric and gasoline systems working together. 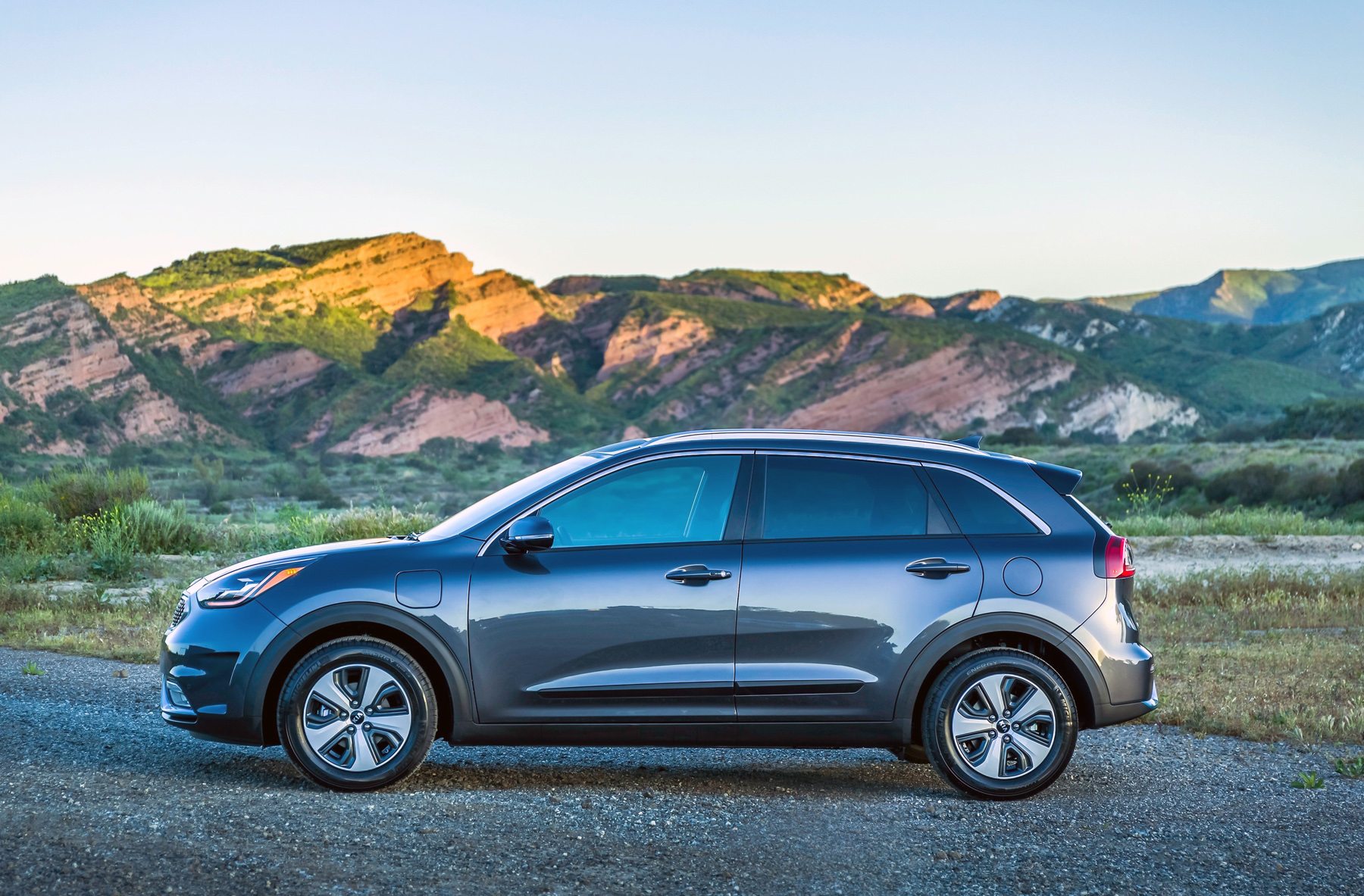