Hyundai and Paris-based electric taxi start-up STEP have signed a memorandum of understanding about the handover of 60 Hyundai ix35 Fuel Cell cars.

A memorandum of understanding has been signed at the opening of a public hydrogen fuel station operated by Air Liquide at Hyundai’s European headquarters in Offenbach, Germany.

The 60 new ix35 Fuel Cell vehicles will not add to the 17,000 taxis already in circulation in and around Paris, they are replacing gasoline and diesel-powered cars.

Compared to a diesel-powered taxi with CO2 emissions of 135 gram per kilometre and an annual mileage of 100,000 kilometres, the ix35 Fuel Cell vehicles will save more than 800 tonnes of CO2 per year in exhaust emissions.

That is the equivalent of one person taking the plane and flying more than 200 times from Frankfurt to New York and back. In contrast to this, the only emissions from the tailpipe of the ix35 Fuel Cell during driving are water vapour.

Even when it is produced from natural gas, hydrogen is a far cleaner energy than any fossil fuel. For equal distance traveled, hydrogen cars reduce greenhouse gas emissions by 20 per cent compared with internal combustion vehicles and do not produce any fine particles.

Also Read: Is a vehicle with zero emissions in your future?

The ix35 Fuel Cell is the world’s first mass-produced and commercially available fuel cell electric vehicle (FCEV). Thanks to its efficiency, the ix35 Fuel Cell’s range is up to 594 kms on a full tank. 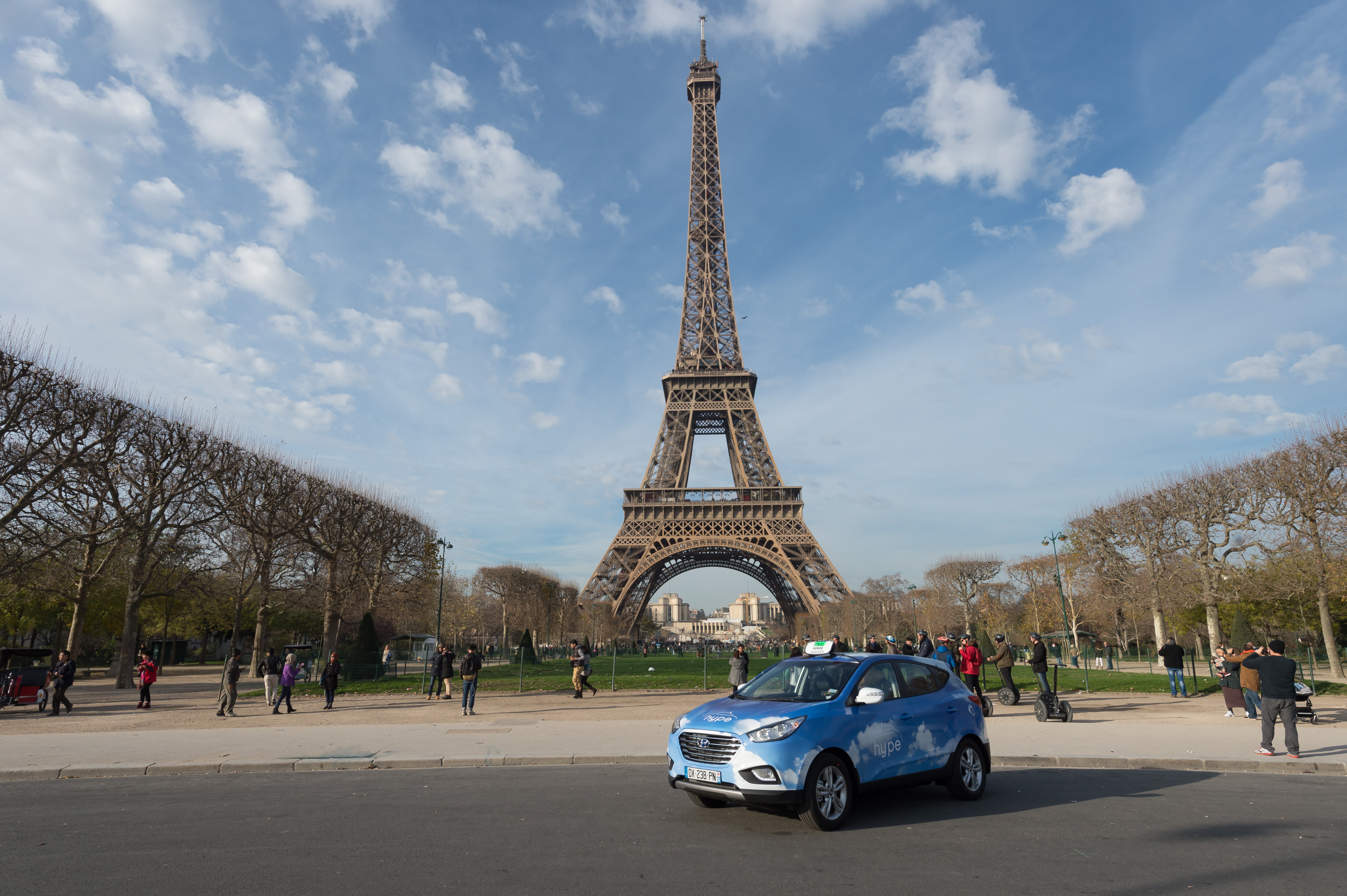