Hyundai continues to embrace the passenger car with this fully redesigned Elantra.

Just when you thought all hands had given up on the small sedan game (*ahem, Detroit Three, ahem*), here comes Hyundai with a brace of slickly styled compact cars – one of which is expected to return a fuel efficiency of better than 4.7L/100km.

“While some manufacturers no longer see great value in the passenger car side of the business, we’re doubling down by offering an all-new model with both gas and hybrid powertrains,” said Don Romano, the gregarious President and CEO of Hyundai Auto Canada. “We’ve sold more than 670,000 Elantras here in Canada.”

This is the seventh-generation Elantra, if you’re keeping track. Introduced as a 2021 model, the new car has a longer wheelbase, a wider stance, and a lower roofline than the outgoing sedan. Even with that aside, this iteration looks miles better than the previous effort with its pointy headlights in a style your author thought would age poorly from the get go. Evocatively called ‘Sensuous Sportiness’, this design language first cropped up on the Sonata sedan. A jewel-pattern grille incorporates a pair of turn signals and plays well with bodyside surfaces, while a wide horizontal line extends across the centre of the trunklid to give the taillamps a very distinctive lighting signature. Hyundai calls it a ‘four-door coupe’, a persuasive if not wholly accurate phrase. 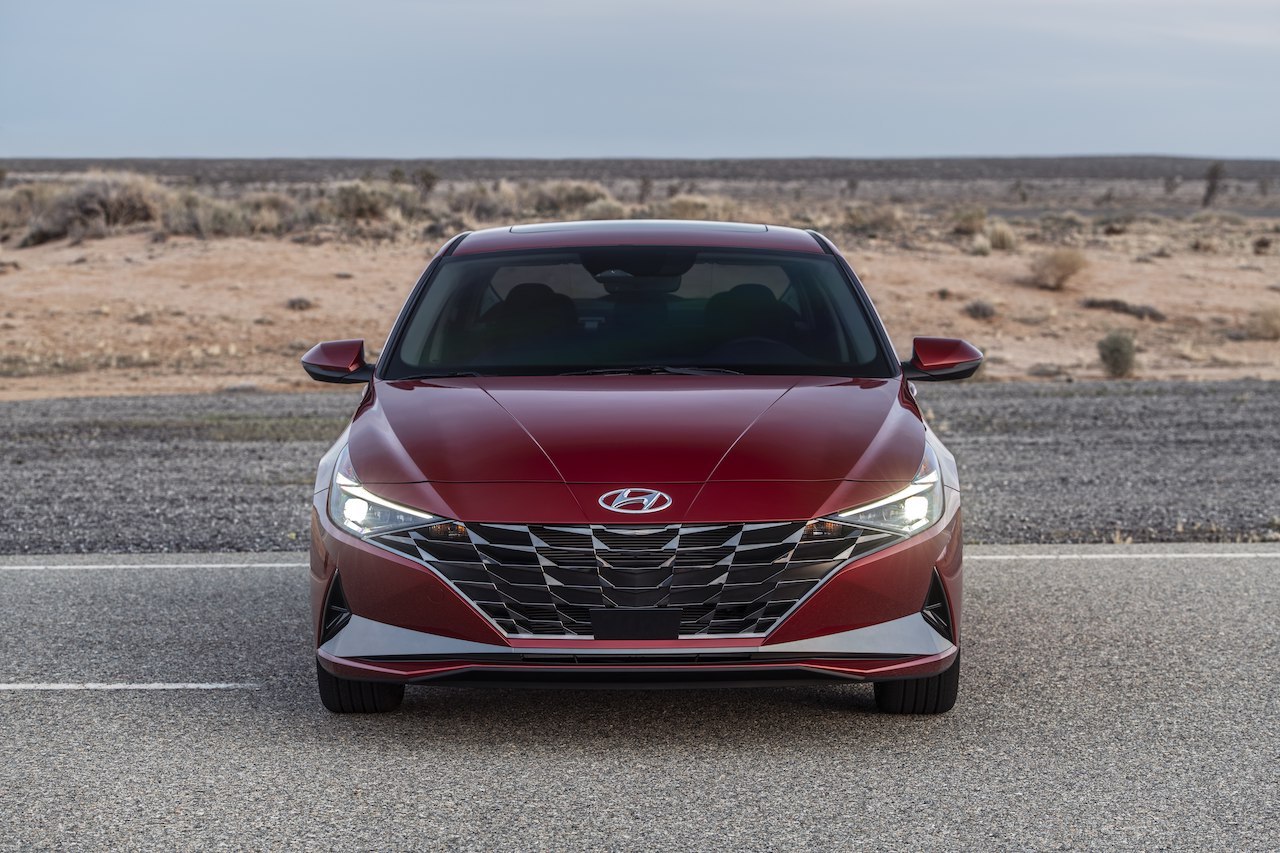 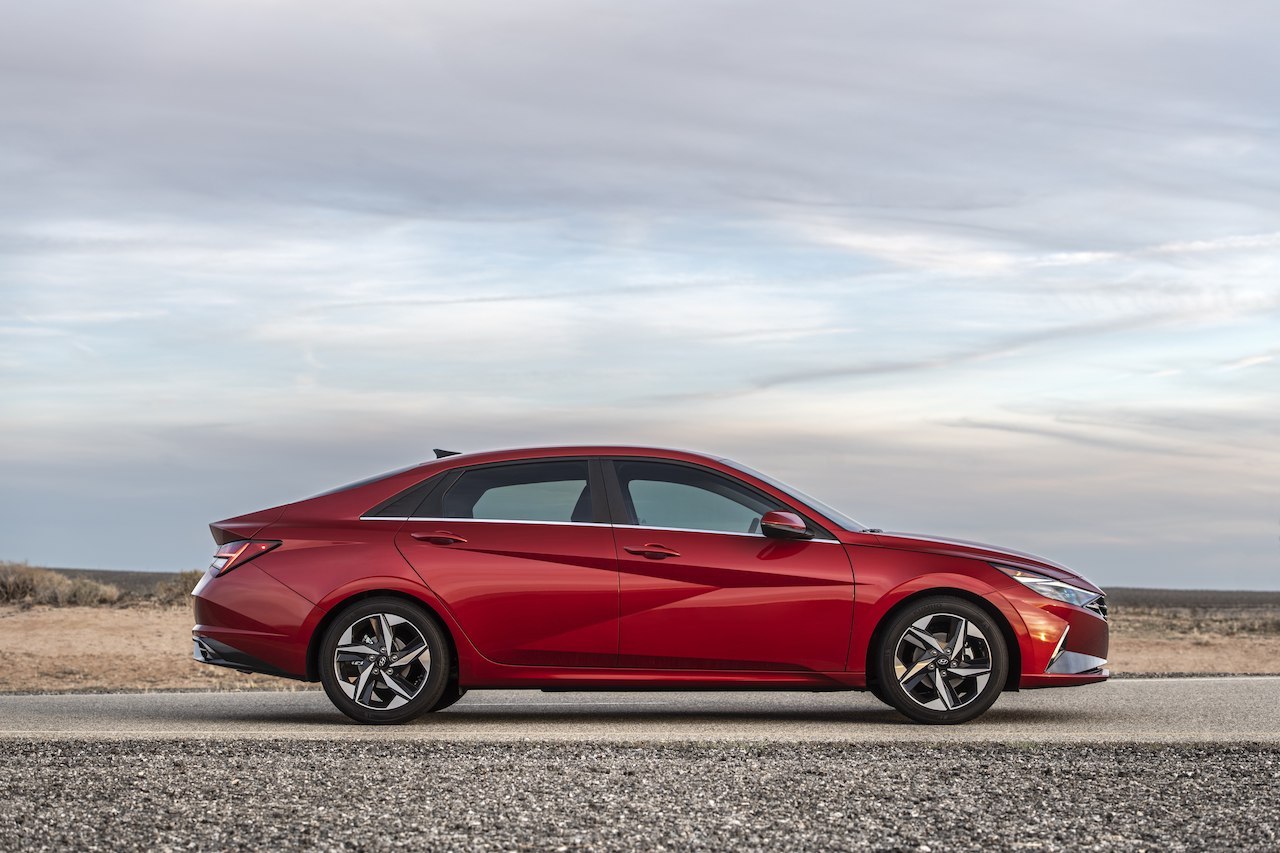 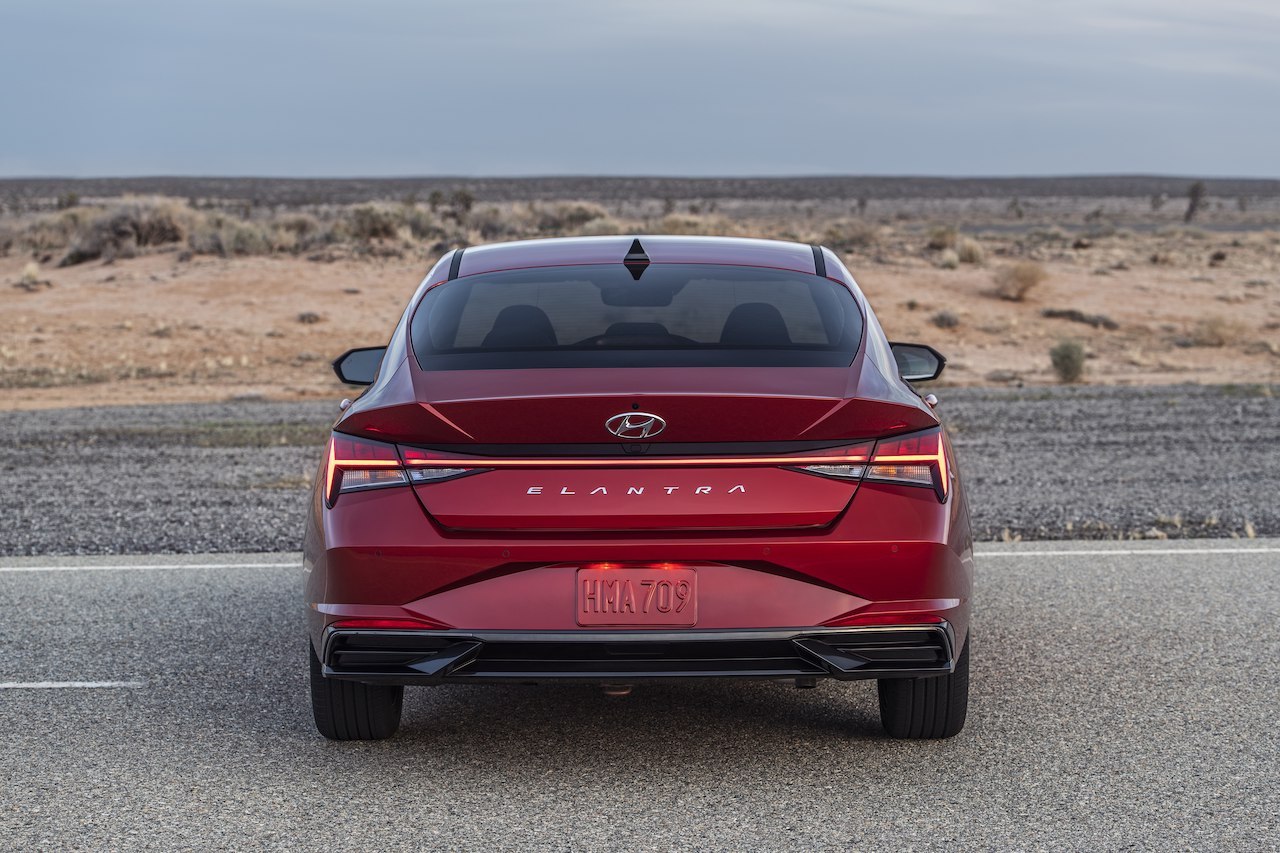 For the first time, a hybrid powertrain has been added to the Elantra lineup. It will feature a 1.6L four-cylinder engine, paired with a 32 kW permanent-magnet electric motor and 1.32 kWh lithium-ion-polymer battery. In an effort to preserve trunk space, that battery is positioned under the rear seats. The gasoline engine and electric motor combine to deliver a total system output of 139 horsepower and 195 lb-ft of torque. Hooked to all this is a six-speed dual-clutch transmission.

Non-hybrid models, which will likely make up the lion’s share of Elantra’s sales volume, are powered by a 2.0L mill generating 147 horsepower and 132 lb.-ft of torque, exactly the same as last year’s models. Hyundai is targeting a best-in-class combined fuel economy rating, an improvement over previous models, due in part to a weight loss program and an Intelligent Variable Transmission (IVT). Essentially a continuously variable transmission by a different marketing name, this box is said to simulate real gears while swapping a push belt for a chain-design belt. The chain-design is said to bump fuel economy by 1.2% compared to a belt system. No manual transmission is mentioned, though one was offered with the 2.0L on last year’s base model.

Also going unmentioned is the Elantra Sport, a tasty sedan making 201 horsepower from a 1.6L turbocharged inline-four mated to a six-speed manual transmission. Perhaps Hyundai is holding their GTI-fighter for a reveal next year. Expect the Elantra GT, a quasi-wagon with European roots, to remain in its place as a left field member of the family tree for now. 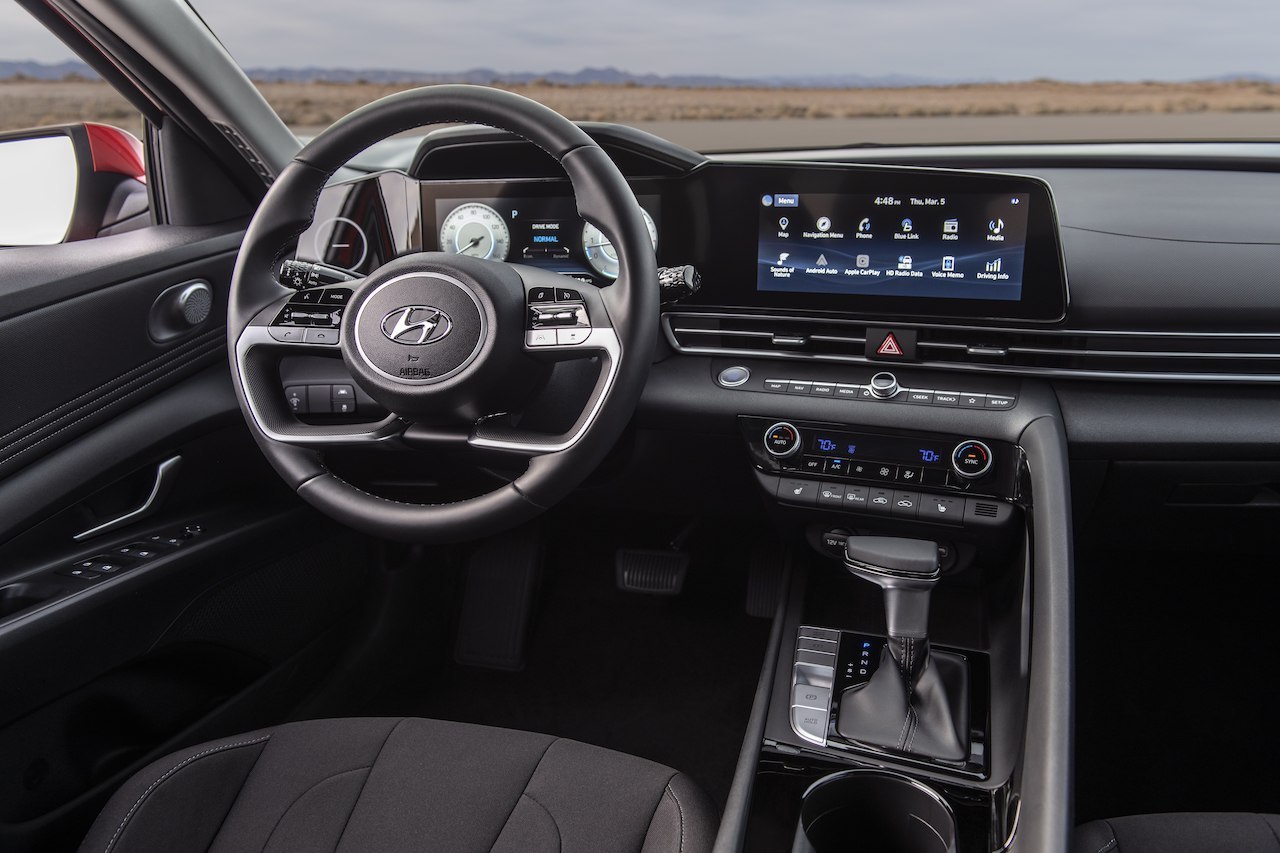 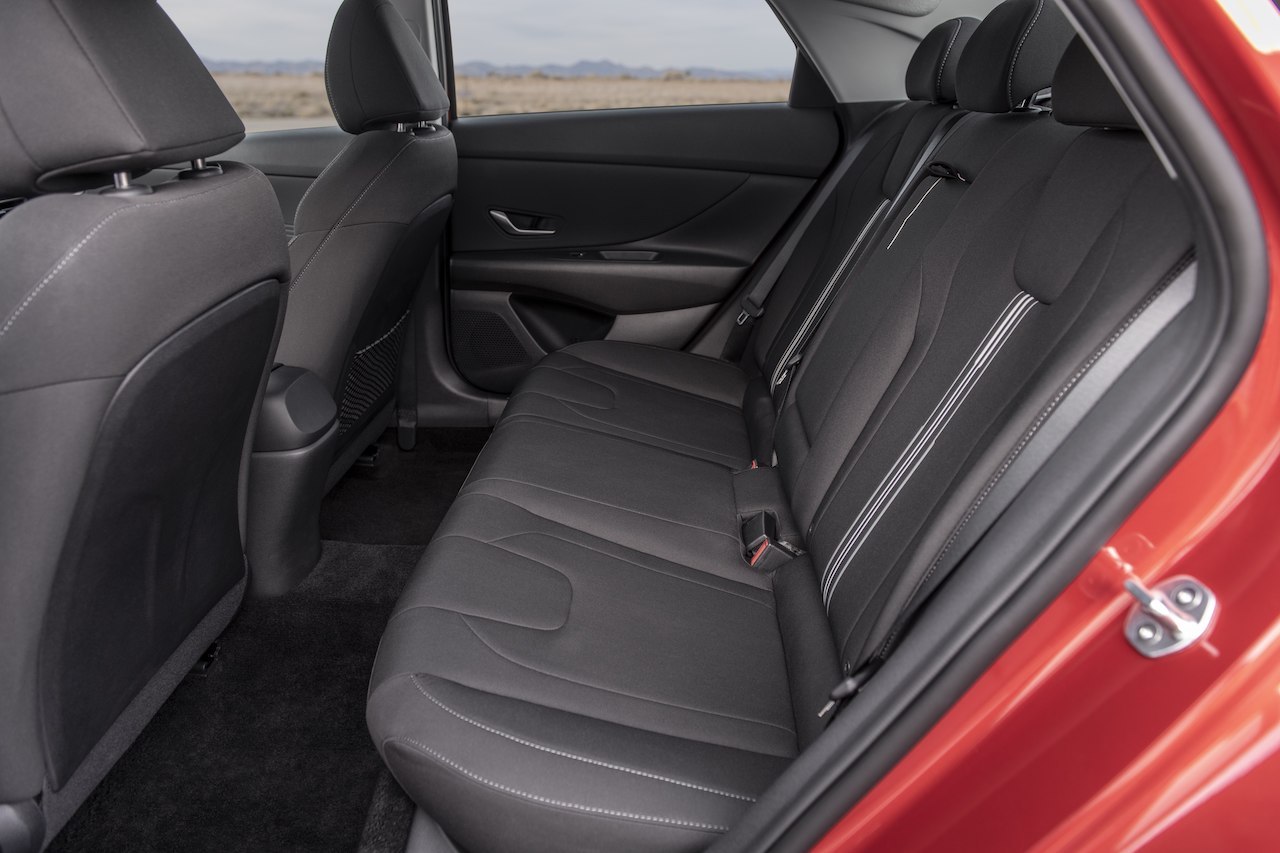 Hyundai has always been known for packing its cars and crossovers with acres of features and that does not change with the 2021 Elantra. Two 10.25-inch screens will live under a single pane of glass in some models, bringing the democratization of Mercedes S-Class tech full circle.

The clusters will have different views, of course, offering up information on driver assistance tools and navigation. The latter includes a bird’s-eye view camera and real-time route updates. Apple CarPlay and Android Auto should look great on these jumbotrons as well. In a neat party trick, dual Bluetooth support is available, permitting two devices to be paired at the same time – one for phone calls and one for streaming audio. Even the standard 8-inch display sounds baller, serving up wireless Apple CarPlay and Android Auto in what the company is calling a first for the segment. Wireless charging is optional.

Standard safety kit includes the likes of forward collision-avoidance assist and lane-keeping tools, not to mention lane following assist which is intended to keep the 2021 Elantra corralled in the centre of its lane. Optional are a blind-spot collision-avoidance system, which can automatically apply the left or right brake if a vehicle is detected in the driver’s blind spot while the turn signal is on, plus adaptive cruise control and reverse parking collision avoidance. 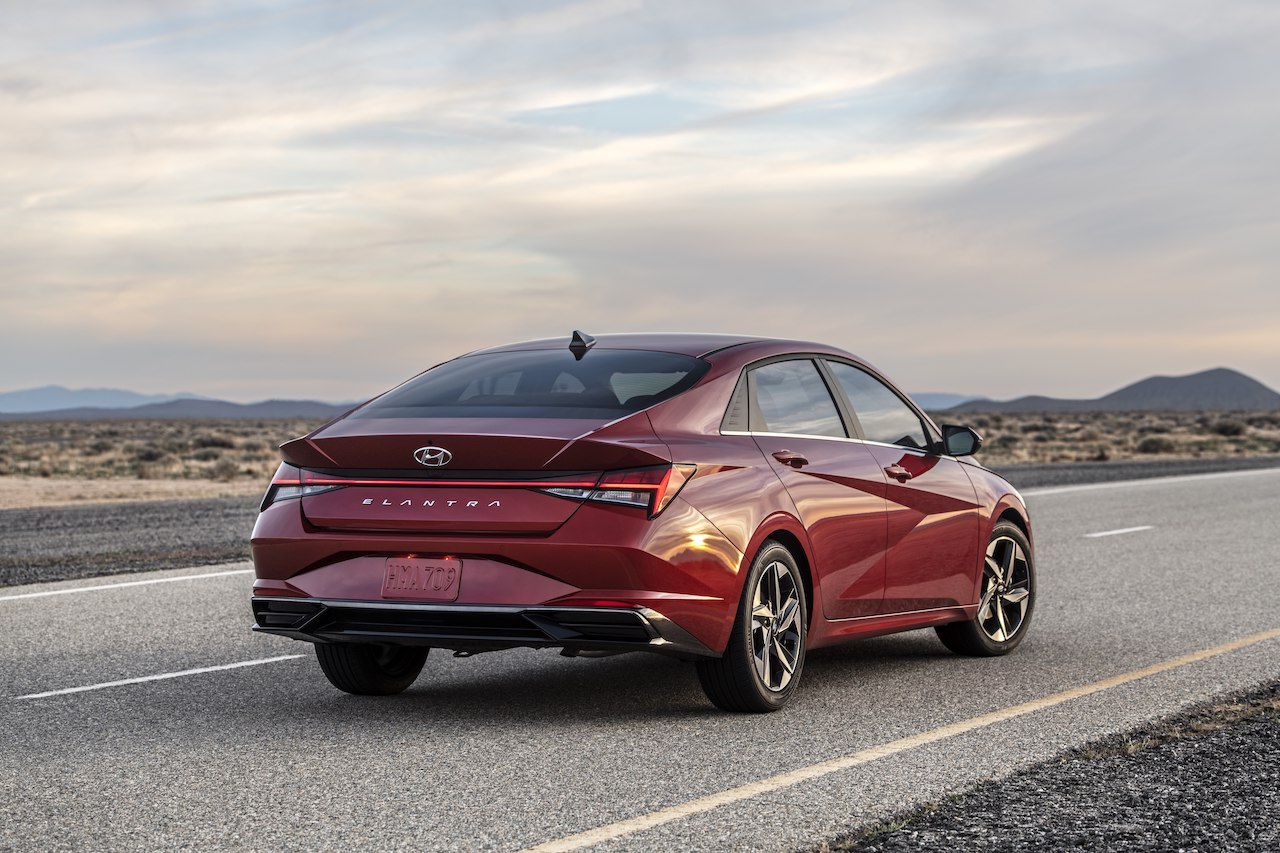 The extra wheelbase seems to pay dividends in terms of legroom, which is up slightly for front seat passengers but increases significantly for back seat riders. In fact, the 2021 Elantra leapfrogs the 2020 Civic to provide an extra 25mm of rear legroom compared to Honda’s best-seller. Front and rear headroom is also comparable to Elantra’s rivals.

Pricing isn’t mentioned but expect Hyundai to maintain its propensity for value. The Elantra currently starts at around $17,000 and tops out at $27,599. If the base model’s manual transmission is dropped, expect a slightly higher starting price but the meat of its range – such as the volume-leader Preferred trim – will likely bear much similarity in terms of price to last year’s model. 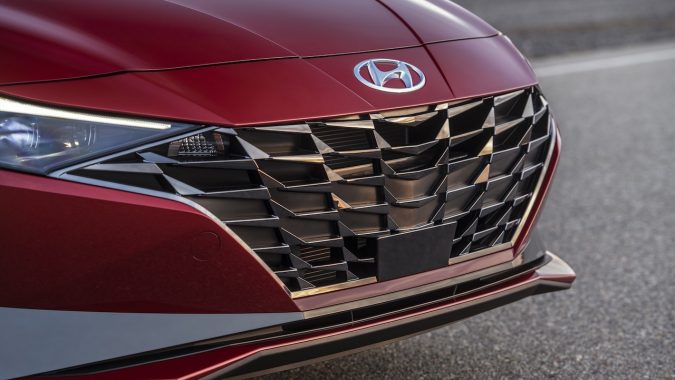 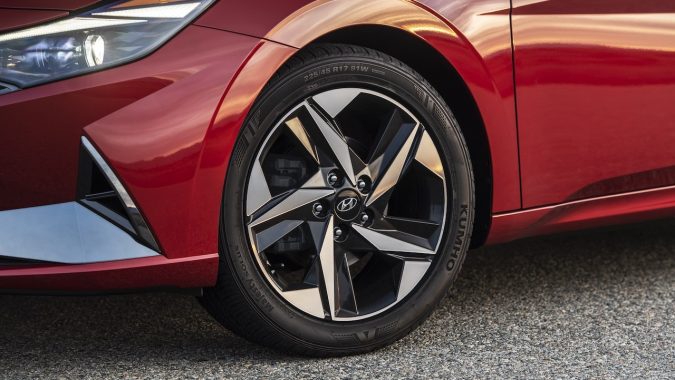 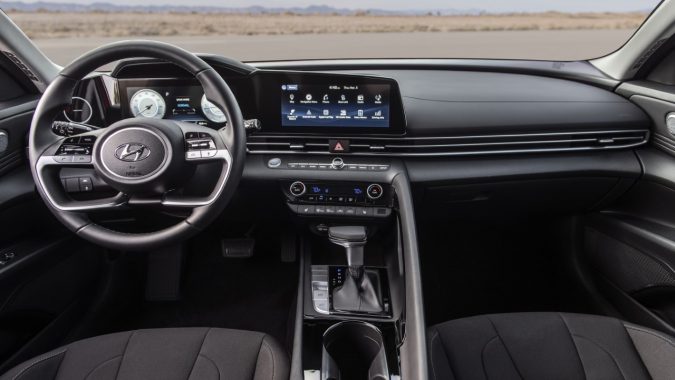 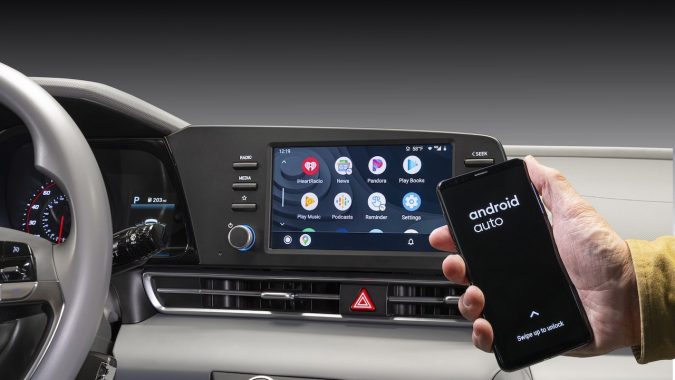 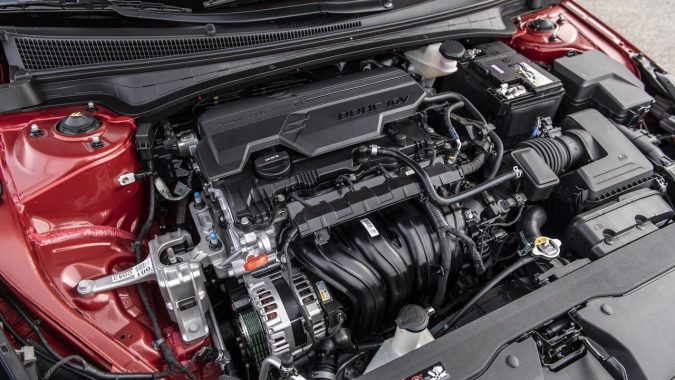