The Genesis brand but will be dramatically revamped with a “athletic elegance” look.

The G90 is the first, and the flagship, for Hyundai’s new, stand-alone Genesis brand, intended to take on, and even beat, not only the Japanese premium spinoffs — Toyota’s Lexus, Honda’s Acura and Nissan’s Infiniti but also the European giants — the Mercedes-Benz S Class, BMW 7 Series, and Audi A8.

It’s a tall order. But Hyundai, which has set up well-funded and staffed design and engineering departments, with German leadership, to develop and nurture the Genesis stable, is confident its combination of design, technological innovation and creature comforts, will succeed.

Unlike some competitors, Genesis will be an independent entity, sharing no platforms or power trains with Hyundai-badged vehicles.

The new brand is a logical extension of the development of the South Korean company’s upscale offerings that began in 2008 with the mid-size Hyundai Genesis, followed two years later by the full-size flagship Equus. The original Genesis has been renamed the G80, but will be dramatically revamped as one of five Genesis brand vehicles, including at least two crossovers, to join the G90 by 2021. The Equus will disappear.

Some high-performance versions, designated “N,” will also be added.

The G90 is big; about the same size as an S Class. And it boasts all the “athletic elegance” design features that will define every Genesis model, including a long hood, shot overhands, a vertical trapezoid grille and winged emblem.

The front-engine, rear-wheel-drive configuration gave scope to create, “the perfect proportions for luxury,” says Peter Schreyer, who heads the design team. The G90 is certainly handsome, tending more to restrained European style than the flamboyant Japanese premium vehicles. There’s even a hint of the stately Bentley — a level of luxury that Genesis won’t try to emulate — in the wide C, or rear roof, pillars.

A few minutes in the rear seat suggest the quality and fit of the interior materials, and the myriad amenities, will give the competitors a run for their money. 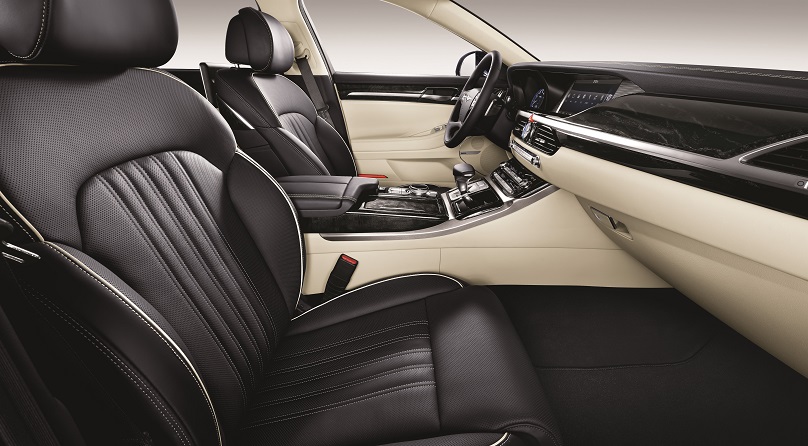 The Genesis plan includes reducing stress for buyers. To that end, they won’t face a long list of options. Two engines will be offered; a 365-horsepower, 3.3-litre twin turbo with gasoline direct injection and a retuned version of the existing 5.0 litre V8, also with direct injection. The V8 also comes with power adjustable rear seats. Canadians won’t even have to consider the only other potential choice; whether to add H-TRAC all-wheel drive. That system will be standard on every G90 sold here.

It remains to be seen whether Genesis can attract well-heeled customers, who might still be attracted by the prestige of the German brands. Pricing might be a factor, but it hasn’t been announced yet.

Despite the lack of options, Genesis will also focus on personalizing the driving experience. That means, for example, adjusting the ride to suit the tastes of each market — whether handling North American’s long, smooth highways or smoothing South Korea’s rough pavement and speed bumps.

The G90 goes on sale in Canada later this year. 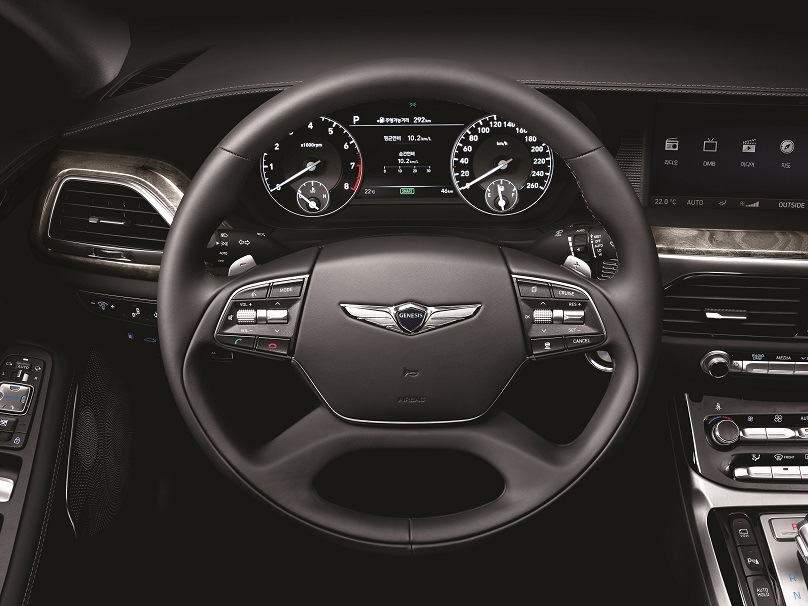 Freelance writer Peter Gorrie is a frequent contributor to Toronto Star Wheels. To reach him, email wheels@thestar.ca and put his name in the subject line.