The system monitors the rear seats using an ultrasonic sensor that helps to detect the movements of children.

The system first reminds drivers to check the rear seats when exiting the vehicle with a message on the center instrument cluster display.

If the system detects movement in the rear seats after the driver leaves the vehicle it will honk the horn, flash the lights and send a Blue Link alert to the driver’s smartphone via Hyundai’s Blue Link connected car system.

In addition to being forgotten in the car, tragedies have also occurred in cases where children accidentally lock themselves in a car.

To prevent issues like these, the rear occupant alert technology will be adopted in future 2019 model year Hyundai vehicles.

Experts say it only takes a matter of minutes before the heat can overwhelm a child’s ability to regulate his or her internal temperature.

Their core temperature can increase three to five times faster than that of an adult. 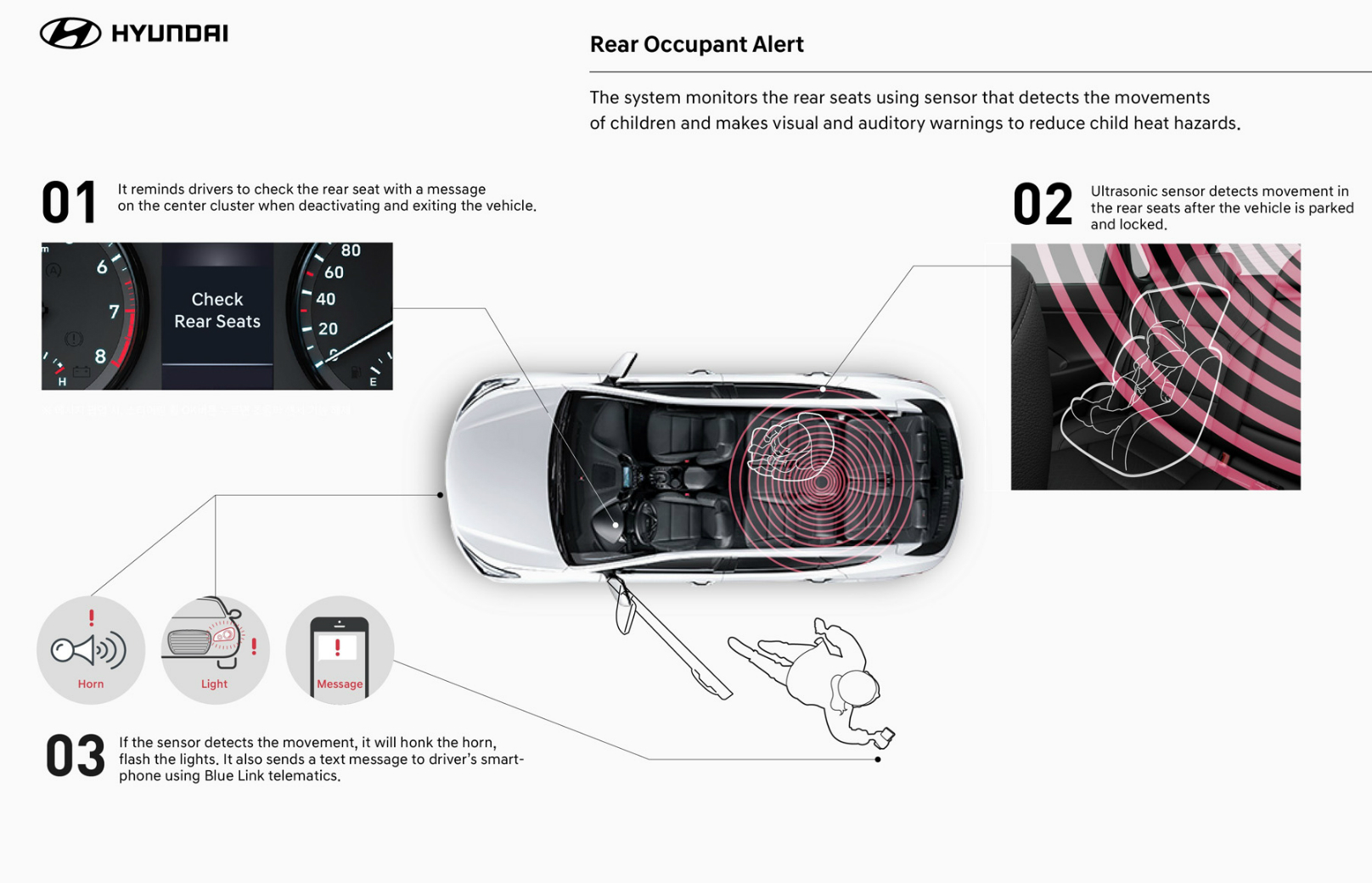