Join the Conversation (0)
Hyundai has revealed images of its next-generation Sonata showcasing a sporty four-door-coupe look.

It is a fully transformed vehicle following the release of the seventh-generation Sonata in 2014.

The all-new Sonata takes its inspiration from the award-winning Le Fil Rouge concept, which debuted at the 2018 Geneva International Motor Show.

The new Sonata has a much sportier look than its predecessor, with a 30 mm lower height and a width extended by 25 mm. Its wheelbase is enlarged by 35 mm, and its whole length by 45 mm.

The new Sonata’s frontal section is defined by two elements: a bold, voluminous shape evoking a smooth sphere and a cleanly demarcated hood. 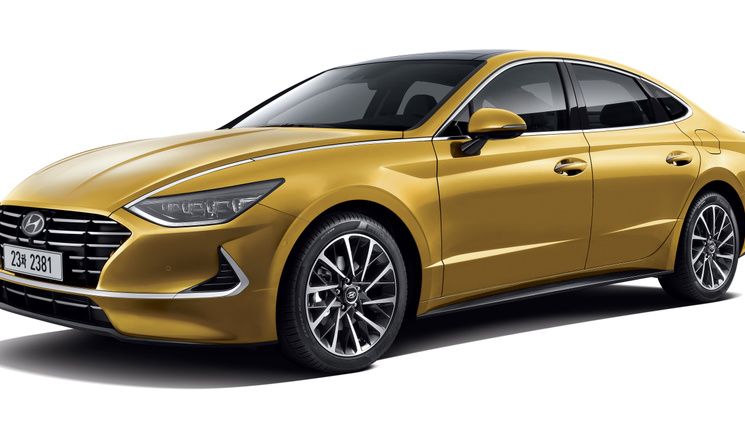 The Hidden Lighting Lamps appear to be of a chromic material when switched off and become dramatically lit when turned on.

The light architecture is also applied to the interior space with the ambient mood lamp-illuminating dashboard and doors.

In the interior, the instrument panel is rich and modern, and the recognizable winged shape is inspired by a Stealth aircraft. 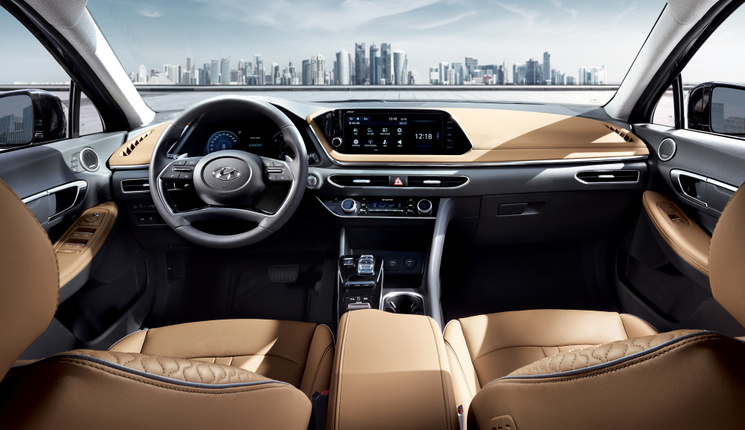 This shape almost levitates or floats when looked at, and this philosophy carries into the long armrests. Satin chrome accents enhance this effect.

Designers aimed to alleviate the distracting large screens featured in many luxury cars today and instead threaded the two displays together on the 2020 Sonata, using a unique S curve.

These displays are seamless, with no parting lines, and have capacitive touch buttons.

Additional features include a satin chrome accent on the steering wheel, which looks like an aircraft yoke, and shift-by-wire transmission controls to free up storage space.