Lamborghini's Putting its Florida-Winning Car in a California Museum

To show off, Lamborghini is bringing the #11 Huracan GT3 Evo racer from GRT Grasser Racing

After a few big endurance race wins, Lamborghini thinks it’s doing quite well for itself. While normally the automaker is known for being understated and keeping a stiff upper lip, this time they want to show off. With an exhibition at one of the largest car museums in the world.

Ok, we’re kidding with that understated bit. Lamborghini couldn’t do subtle if the company depended on it. In fact, the company’s fortunes depend on them being loud, bold, and in your face. So of course they’re shouting from the rooftops about the Huracan GT3 Evo’s class wins at the 24 Hours of Daytona as well as the 12 Hours of Sebring.

After all, this is more than just a couple of race wins, they’re also the first manufacturer to win the GTD class in both races back to back for two years on the go. Lamborghini calls it the 36 Hours of Florida, though since they’ve done it twice that’ll make it the 72 Hours of Florida.

To show off, Lamborghini is bringing the #11 Huracan GT3 Evo racer from GRT Grasser Racing, the race-winning car, and they’re putting it on display at the Petersen Automotive Museum. Home to one of the largest automotive collections anywhere. No, the car isn’t going to be hiding in some back room exhibit. This is Lamborghini! It’s going to be right in the doorway. 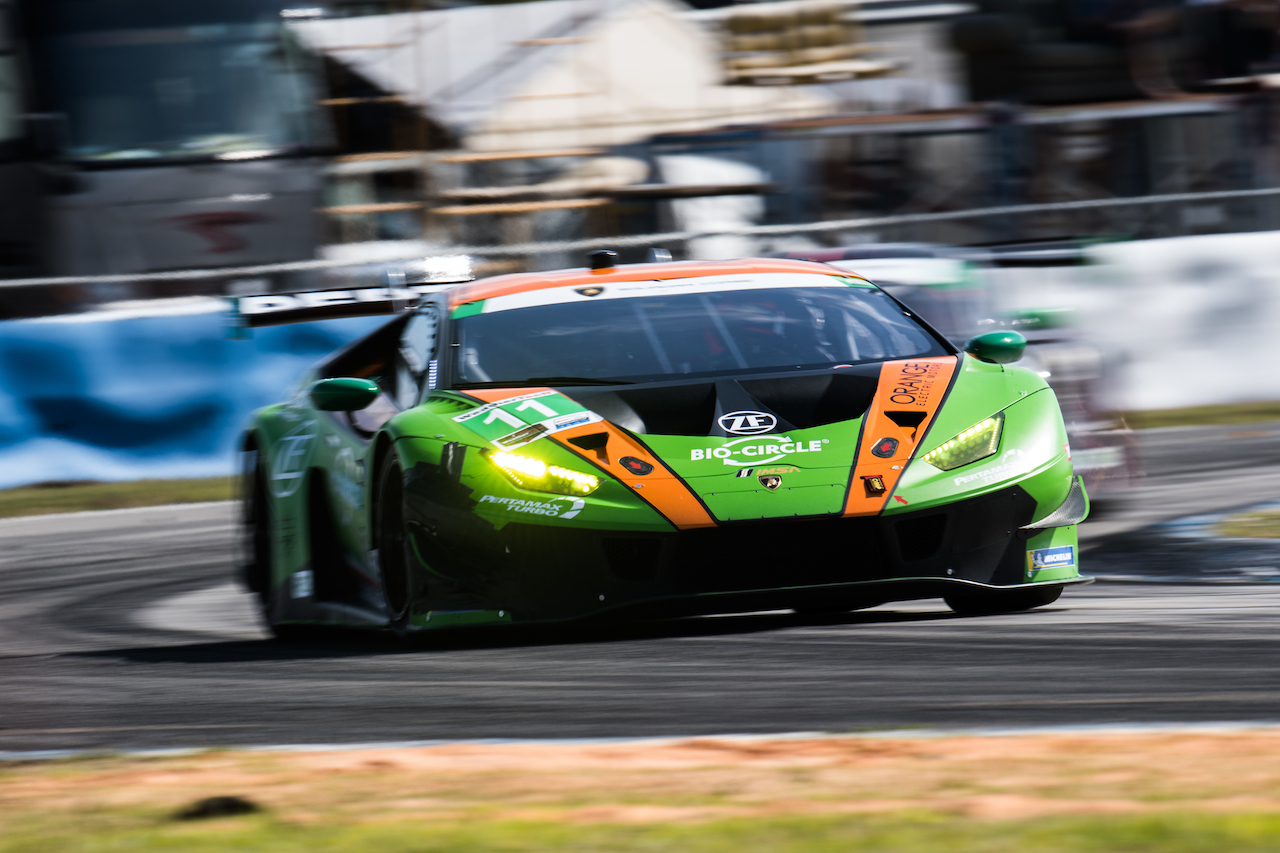 Even better, the car is going to be on display in “as-raced” condition. No showroom fresh car here, this one will be wearing the rubber, scars, and bug-spatter that comes with racing all night in Florida.

No, this car didn’t win all four races. The GT3 got a new aero pack for the 24 Hours of Daytona this year, so it’s at least partly a new car. Under the aluminum and carbon skin is a naturally aspirated 5.2L V10 that’s based on the one in the road car.

This wasn’t Lamborghini’s only celebration of the wins. The automaker is building a road car too. That car, revealed at Pebble Beach in August, gets a green and orange livery to match the racer. Plus number panels and laurel wreath badging. Then, just in case you weren’t sure what they were up to, there are new racing seats and orange and green stitching on the interior too. Like we said, subtle. 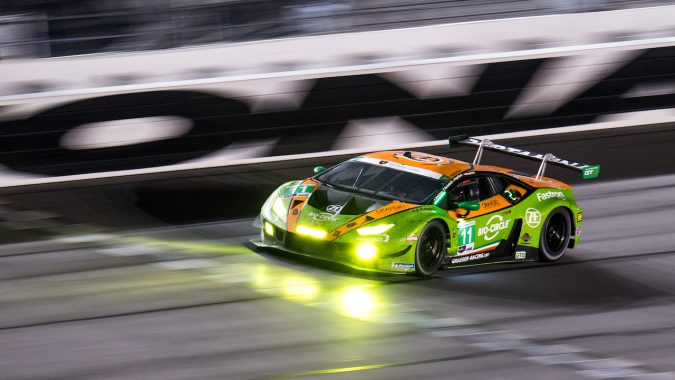 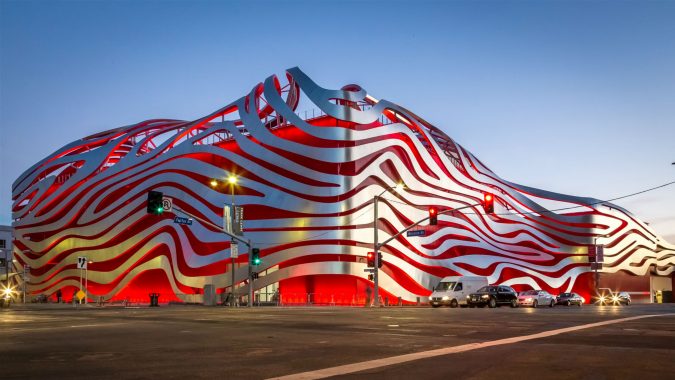