How Vehicle Accessibility is on Reader's Mind

As we age, getting in and out of your chosen mode of transportation is becoming the top-of-mind issue.

Readers send me a lot of letters, not all of them complimentary. When I opened my inbox one morning in late August, I got a doozy.

“I am really annoyed at this not-worth-reading section,” it said. “More than half of the drivers are women, yet you have never had an article of the least interest to us. We don’t care about off-road, which is irresponsible and wrecking the environment. Or how quickly a car goes from zero to 60. Or its sleek appearance. I want to know where I can hide my purse.

“This is an aging society, in case you haven’t heard, but nobody is designing easy-to-access cars. When will someone start writing about this?”

I love a challenge, so I dashed off a reply to the writer — agreeing with much of what she said, by the way — and arranged to meet. This happened 10 days ago at an eatery in Port Colborne, where she lives.

Cynthia Skinner is a 75-year-old semi-retired nurse who’s interested in just about everything. I say semi-retired because, as a woman with dual citizenship, she winters in Jacksonville, Ark., a suburb of Little Rock, and still handles some management duties on weekends at hospitals around that area. In fact, a few days after we met for lunch, she’d climbed aboard her 2009 Ford Flex and headed south. 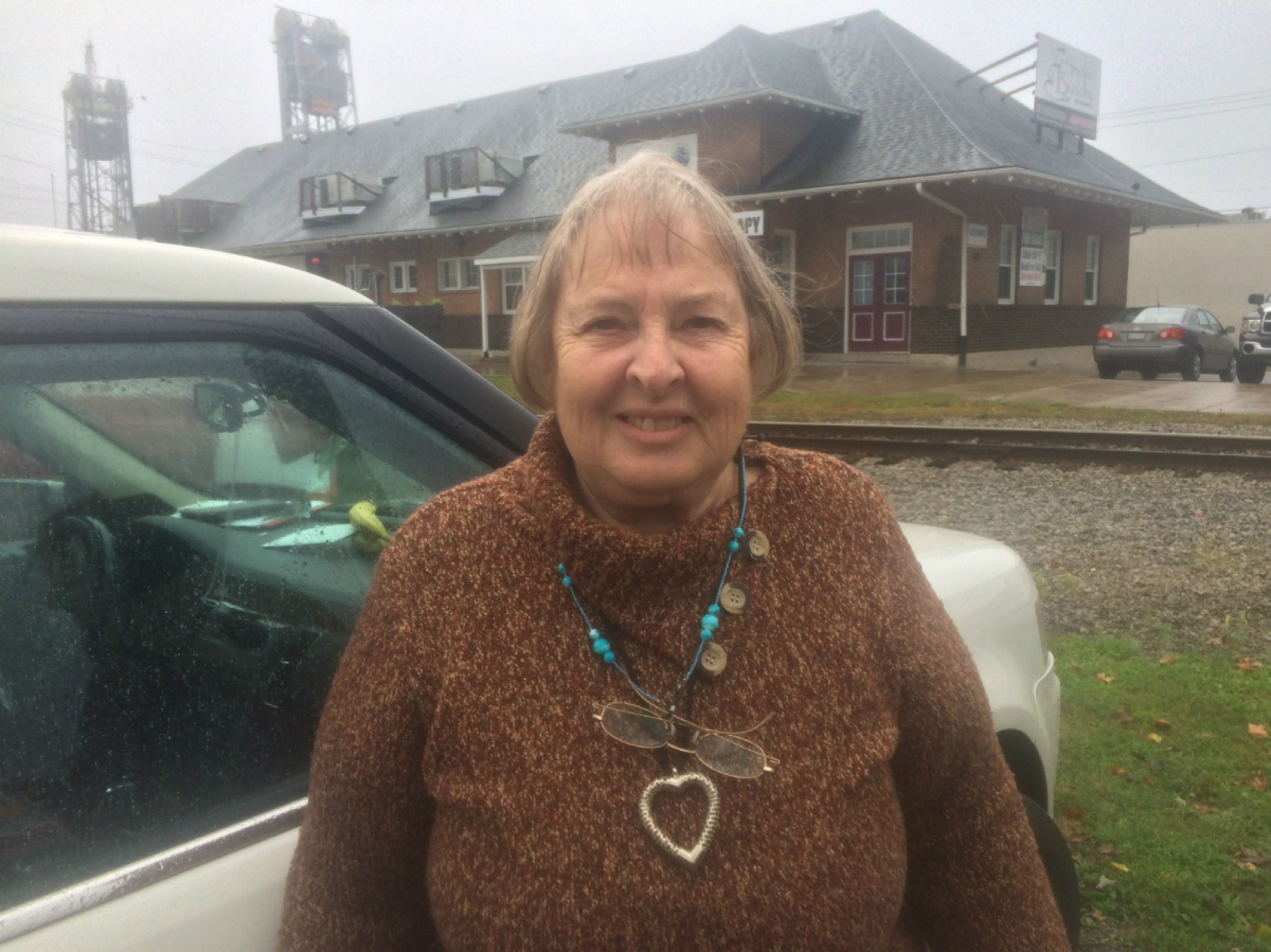 She likes her Flex. It gives her most of what she wants in a vehicle, although she has some complaints. Before the Flex, she had a GMC Savana van, but as she got older and her agility started to suffer, she had to downsize. She still has a soft spot for a GMC king-cab pickup she once owned (“You could get six well-fed people into it and go to the lumber yard and pick up your plywood”) but her hands-down favourite is, and always will be, she says, a Checker Taxi of the kind once used on the streets of New York City that she bought in 1980.

“I got it from a dealership on Yonge St. in Toronto,” she said. “You had to go on a waiting list to get one. They just weren’t sitting out on a lot. A woman had ordered one but didn’t like the colour — burgundy, with a black top — so they gave it to me.

“It was the perfect car for hockey families because you had a ton of room for the bags. It got good mileage, was comfortable, and had good visibility. I had it for seven years. It eventually rusted out. A fellow bought it and had it restored. I would have bought another one, but they stopped making them about two years after I got mine.”

And that soft spot for the king cab?

“I loved that truck,” she said. “You’re sitting properly. I had a GMC Safari before it but your left foot is up on the wheel well, so it was jamming the hip joint. I’d taken the Safari in for some maintenance, and they gave me a pickup loaner, and that’s when I realized the Safari had to go because I could sit properly in the truck. I saw the king cab sitting on a lot in Fort Erie, looking for a home, and so I took it with me.”

Cynthia is a walking, talking example of how priorities change as people get older. And she is not one to sit around and grouse to her neighbours. As Stephanie Powell Baswick, director/curator of the Port Colborne Historical and Marine Museum put it: “So many people complain and do nothing. Not this lady.”

She knows she is not going to change the world but finds it hard to understand why designers of automobiles aren’t taking into consideration the fact that people are living longer and what might have been easy 20 or 30 years ago is now a royal pain.

“Many of us, as we get older, have hip and knee problems,” she said. “These are becoming increasingly replaced, and once that sort of thing happens, you have to sit on a chair that resembles a chair you have in your dining room.

“So, most of the cars out there with bucket seats are really no good. And it’s not just creaky old knees, either; you have a lot of sports injuries.”

And what about that purse?

“Women are still carrying purses and, because of some of the items we need, they can be moderately bulky,” she said. “But your modern seats do not have the room under them for a modern-size purse. If you observe women shopping, they don’t largely take their big purse into the store; they take their little leather packets with their credit cards and debit cards.

“We’re always told not to leave a purse out where it can be seen, but most of the cars now, in addition to not having any room under the seat, have an open back and there’s no place left to hide it unless you bring along a coat or a shawl. Which is dumb.

“And most cars don’t have trunks any more. So, I have no place to hide a purse.”

(This is not just a 75-year-old woman in Port Colborne, Ont., complaining. At a recent unveiling of the Jaguar E-Pace in Novi, Mich., the company’s chief designer, Ian Callum, was telling several dozen journalists how wonderful the car is when he was interrupted by the only female reporter in the room: “Where can I put my purse?” she asked. Callum promised to have a word with her afterward.)

In preparation for our meeting, Cynthia had reached out to some of her friends and asked them to tell her what they look for in a car. Here is their Top 10 list:

1. Somewhere to put my purse, of course;

2. Somewhere for my sunglasses;

3. Most important thing is having a seat that’s comfortable — and supportive;

4. Controls that are easy to use/read (controls can be tricky to figure out sometimes);

5. Lot of vents with control for airflow;

7. Somewhere to stash an extra charging cord for my phone;

8. A key fob with lock and unlock symbols that glow in the dark (it’s hard to read the buttons in the dark);

Cynthia, who says the Flex gives her much of the above, adds that she also likes it because it reminds her of those old Volkswagen vans that were around in the 1960s and ’70s.

“It (the VW) was considered nothing but a box on wheels. But for many of us, especially snowbirds, that’s something that’s very convenient, because you have the room to stash all your stuff.”

In the end, here are some of the other good things about her Flex:

“I like that you can go up to 20-inch tires so you don’t have to buy tires as often. In the winter, in the U.S., I get 26 miles per gallon. The seats are a decent size and can be adjusted for a proper fit. And they are easy to get serviced locally, regardless of where you are.”

But then there are the negatives.

“And they have the stupid radio gadgets on the steering wheel; they don’t have to be there, either. The very back two seats do not come out — they have to be unbolted from underneath. I know they flatten down, but I want capacity, and it’s very hard to get those seats out. The other cars I owned, I was able to remove the extra seats myself. My Safari, they came out; the Savana, I could take them out. This is the first one in which they’ve been permanently installed.”

Cynthia was just getting warmed up.

“The top of the dash that goes out to the window — it’s so deep that you can’t easily put your arm out to wash and clean the glass on the inside. They’ve got 6-foot men designing these things and 6-foot techies figuring them out. I’m 5-foot-6 and I think I’m average.

“The interior is very hard to clean because it’s all dips and dives. I can’t clean it myself, anyway; the vacuum and I don’t get along. It’s too much. My son takes it over to have it vacuumed. I can’t afford to take it to one of those all-encompassing places once a week, either; that would be like a mortgage payment. But I keep under the hood maintained. That’s the important part.”

Cynthia says that when it comes to a truly accessible vehicle — convenient for anybody who’s no longer 20 — the Post Office mail delivery vehicle you see on rural routes is the best bet.

“It’s low, so it’s easy to get in and out. It’s easy to put a wheelchair in the back — roll it in, anchor it and away you go. It’s easy to transport your groceries. Who cares if you can’t go on the 401 with it?”

Now, as I said earlier, I agreed — and agree — with a lot of what Cynthia has to say. One of the reasons I drive a Ford F-150 pickup that’s as big as an ocean liner is because I’ve found it harder and harder to get in and out of vehicles as I’ve gotten older. Unless I have a vehicle out for a test, or I’m on a launch, I’m climbing up into my truck rather than sliding down into something and I guarantee that it’s way easier on my back.

Many of you are not old enough to experience what I’ve been going through but trust me: when you get to where I am today, you’ll know what I’m talking about.

Having said that, my wife — who’s as tall as I am — and I both like the Flex. I’ve borrowed several from Ford over the last two or three years and each time we’ve been impressed because we think it’s close to being the perfect vehicle.

First, it’s easy to get in and out. As Cynthia said earlier, this is really important.

Second, with the 3.5L V6 under the hood, the Flex has a lot of pep. A young father who’s not quite ready to give up the sports car could get some real satisfaction out of the Flex’s oomph.

And speaking of young fathers, many of whom would never be caught dead in a minivan (which is something I have never been able to understand), the Flex is the perfect solution: it gives you everything you would find in a minivan but isn’t one.

By that, I mean a second row of seats is perfect for two child seats with all the modern technological marvels on hand (like DVD players) to keep the kids entertained and happy back there.

And then there’s that third row of seats, perfect for a set of in-laws or, if you flatten them out, great cargo space. And if there are no children, or you’ve left them at home or in daycare while you run errands, the second row of seats folds down as well and there’s lots of room for all sorts of things, from groceries to furniture.

In fact, in recent weeks, I transported a disassembled pool table from Sutton to Toronto in a Flex, which handled it easily. The pool table was about two inches too long to fit in the back of my pickup.

So, with the Flex, you have good power, good handling, good visibility, big space — what more could anyone really want in a vehicle?

Yes, it doesn’t have a lot of style. It probably won’t be up for any design awards.

But so what? You can’t have everything in this life, and now that many of us are way past the glamourpuss stage, we’re looking for comfy — and the Flex delivers that in spades.

Also Read: Explorer has Morphed Far from its Beginnings 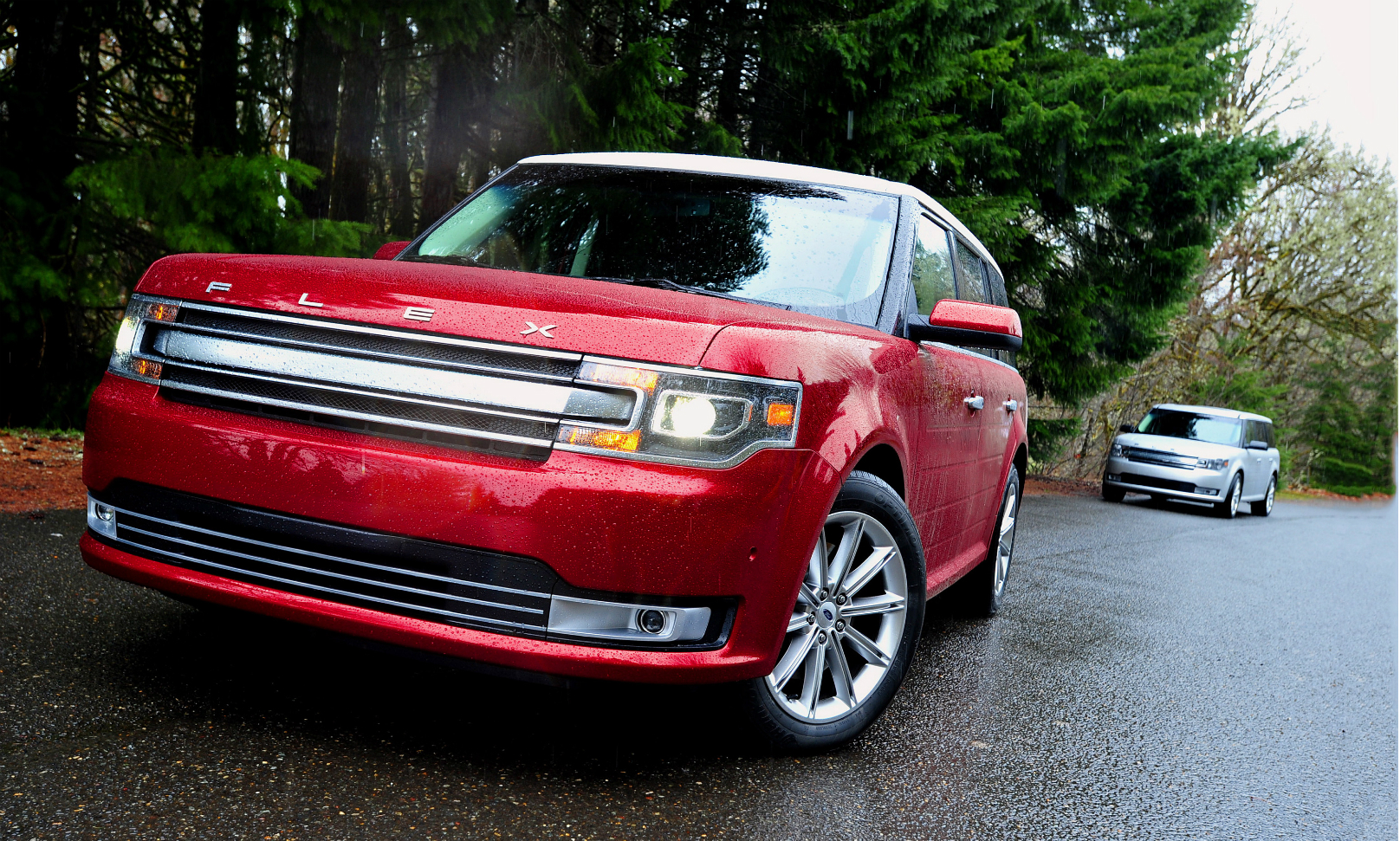