The 33rd edition of the roar on Lakeshore, the Honda Indy Toronto, takes place this weekend from Friday, July 12, to Sunday, July 14. This is an annual celebration of everything that goes fast on four wheels, but it’s also much more: from paddock access and autograph sessions for die-hard fans to the infield festival for people who just love to find a good party, there’s something fun for everyone.

Whether you still have your ticket stub from 1986 or you’re thinking about attending for the first time, here’s how to get the most out of your weekend at Exhibition Place.

Arrive with your allegiances in place

Racing is much more fun to watch if you’ve got someone to cheer for. There’s a jam-packed track schedule on deck for the weekend, and just about every series has some Canadian content to follow.

In Sunday’s headlining NTT IndyCar Series, of course, you’ll find Oakville, Ontario’s James Hinchcliffe in the No. 5 Arrow Schmidt Peterson Motorsport Honda. Hinch’s luck has been consistently improving on his home track: he scored podium finishes in 2016 and 2017 that he followed up with a fourth-place finish last year. If you’ve been waiting for a solid chance to see a second Canadian claim the win here – Toronto’s Paul Tracy is the only one to accomplish the feat, which he did in 1993 and 2003 – this might be the year to show up. At pre-race media events early this week, Hinch said his street course car feels strong after the Chevrolet Dual in Detroit in early June and he’s feeling cautiously optimistic going into the weekend. 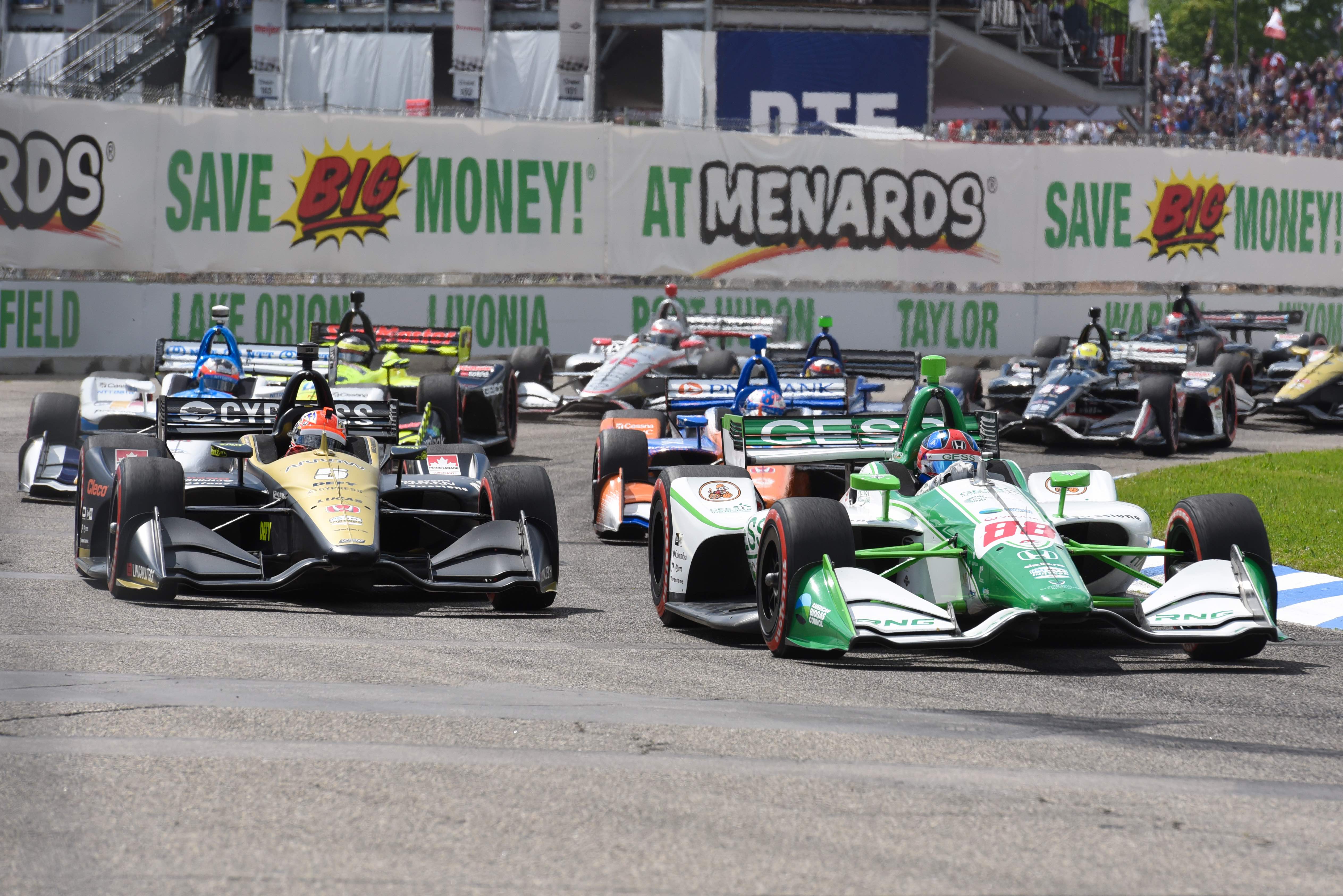 All three levels of the Road to Indy open-wheel development series will race as well. In Indy Lights, Stouffville, Ontario’s Dalton Kellett is in the No. 67 Juncos Racing entry. The Indy Pro 2000 series will see Parker Thompson from Red Deer, Alberta, continue his fight for the points lead, and Antonio Serravalle from Unionville, Ontario, returns to the streets of Exhibition Place. As of early in the week, there are no Canadians racing in USF2000, though that could change – it’s not at all unusual for last-minute entries to appear in this entry-level rung on the open-wheel ladder. Find the full schedule for all of these races here. 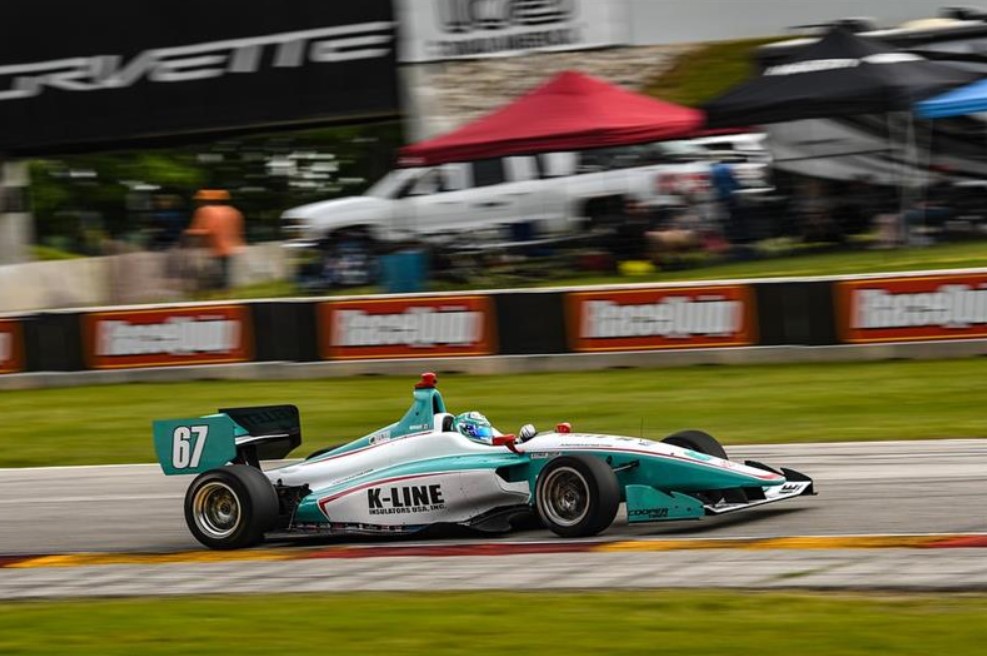 Two Canadian-based racing series will also roar down Lakeshore. The NASCAR Pinty’s Series is Saturday’s headliner, with the green flag set to fly at 5:30 PM. The Porsche GT3 Cup Challenge Canada presented by Yokohama has two races on deck: the first is on Saturday at 4:15 PM, and the second is on Sunday at 1:00 PM. 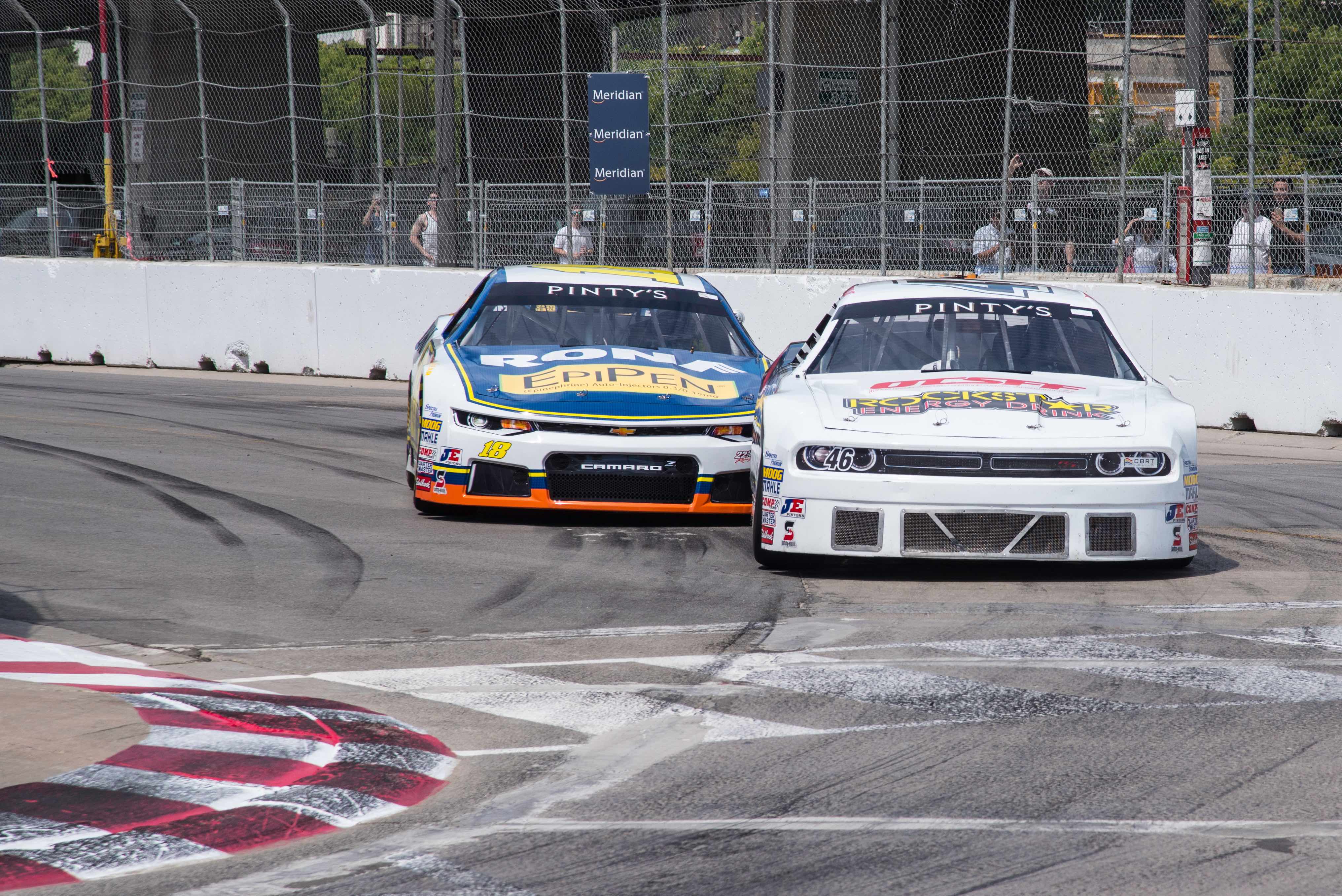 And in delightful news, the fan-favourite Stadium Super Trucks are back on the schedule this year. Russell Boyle of Toronto is a confirmed Canadian entry in the series that’s affectionately known around these parts as the bouncy trucks, which will start at 3:30 PM on Saturday and 2:00 PM on Sunday. 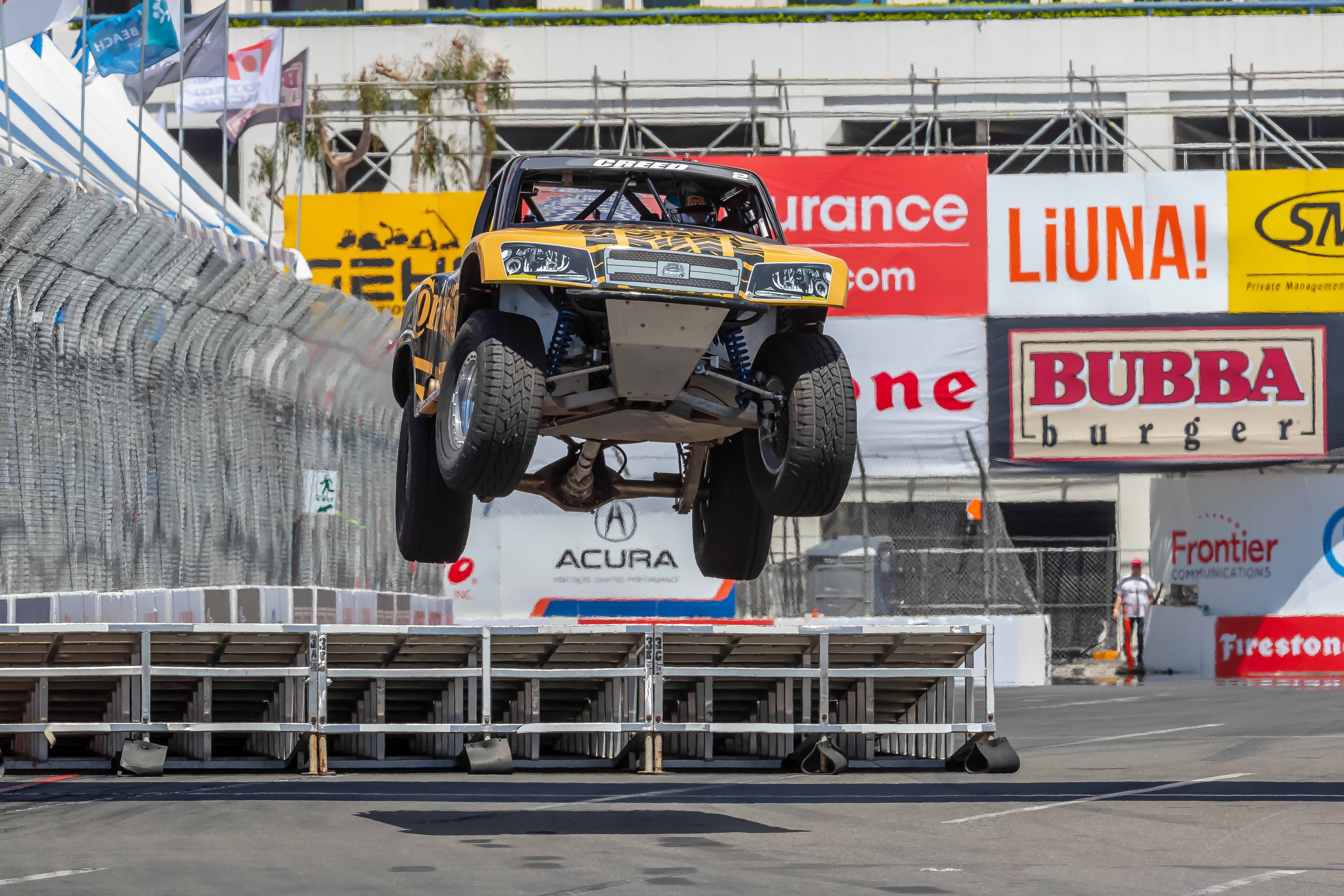 Robert Wickens will be there

And the Canadian will be getting behind the wheel of a fast car for the first time since the crash at Pocono Raceway in 2018 that left him fighting from lower back injuries that rendered him a paraplegic. Wickens will drive an Acura NSX with hand controls around the 11-turn course in a pre-race pace lap on Sunday. Many tears of pride will ensue over his overcoming of adversity against the odds. You’ll definitely want to say you were there to see it. 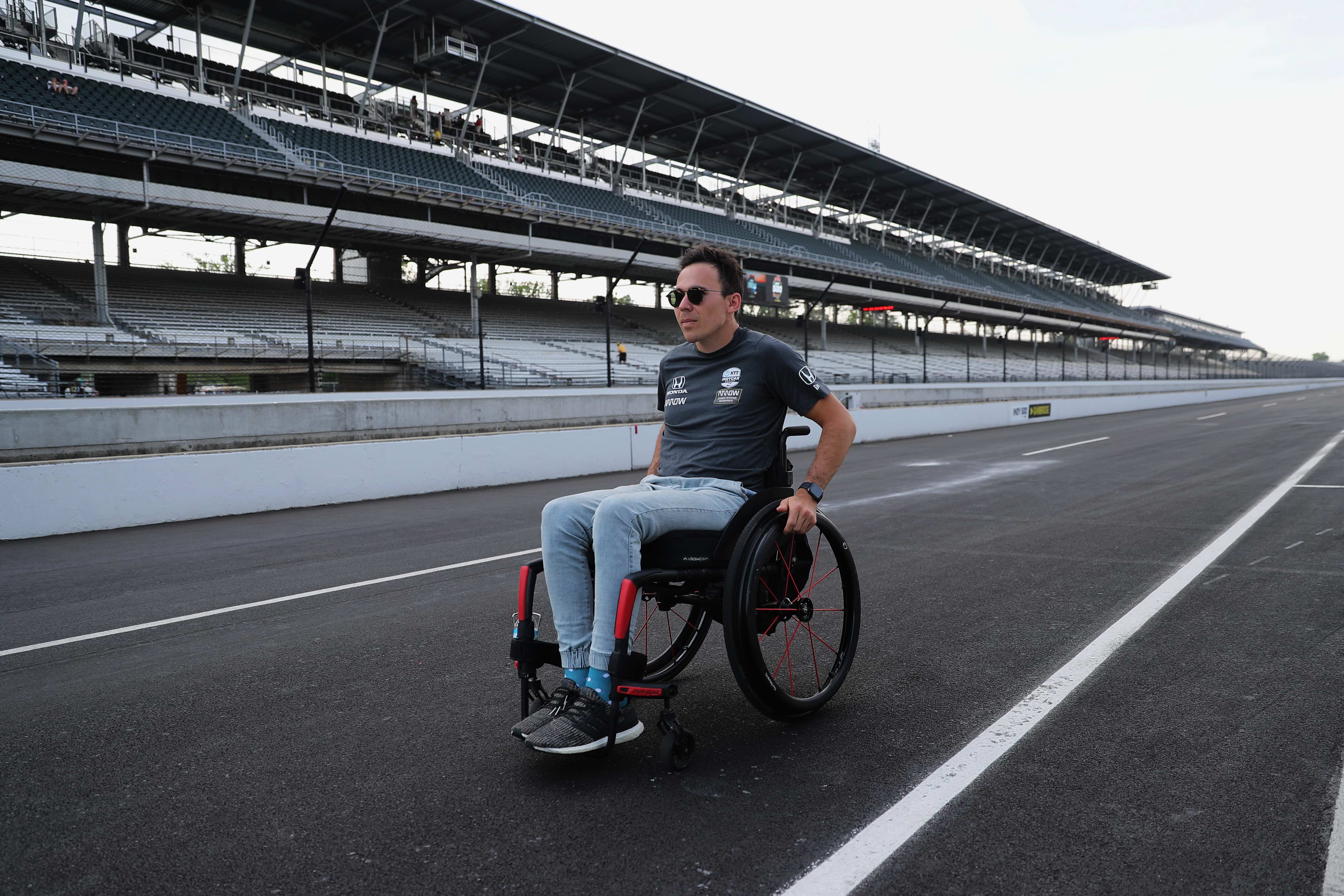 All of the support series paddocks, meaning everything but the IndyCar garage, are free to walk through with any ticket. (Access to the IndyCar paddock requires a paddock pass at an extra cost, but kids 12 and under are free all weekend.) These offer some of the best up-close, behind-the-scenes access to the inner workings of race teams that you’ll find anywhere on the continent. The schedule is also jam-packed with autograph sessions for all of the series on Friday and Saturday, giving fans a chance to meet and interact with their favourite drivers. Details are at hondaindy.com/festival/schedule. 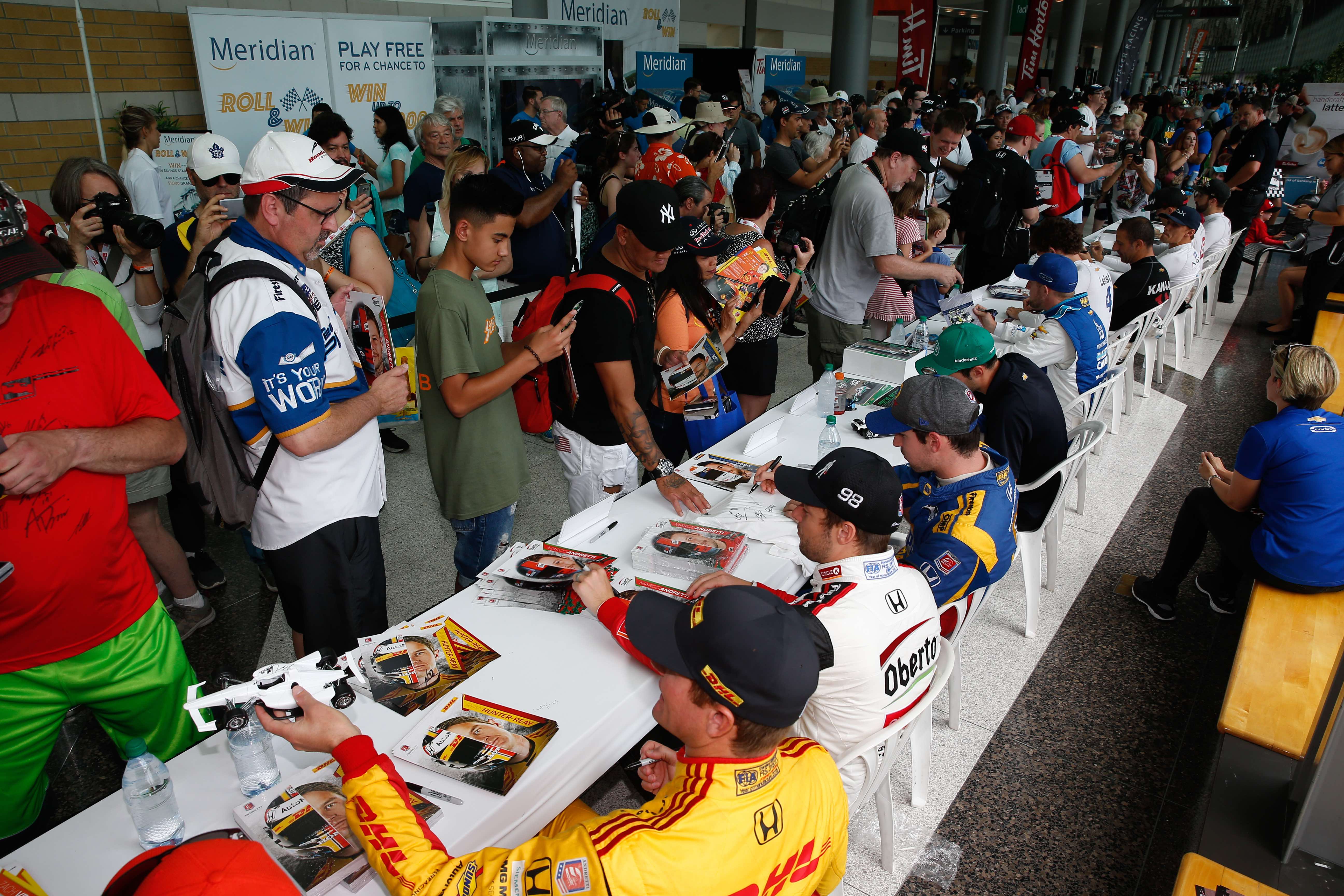 The infield is full of activities for everyone

Honda will have its Junior Red Riders program on site, which gives kids 6 to 12 a chance to try dirt biking in proper safety gear. You’ll also find beer gardens in the infield and at the Pinty’s Fan Zone on the outside of turn 1, and plenty of vendors throughout the infield in Thunder Alley.

Friday is a very affordable day out for the family, and kids 12 and under are free all weekend

Fan Friday returns this year presented by Ontario Honda Dealers in support of Make-a-Wish Canada. With a voluntary donation at the gate, your entire family receives admission to Friday’s opening day activities. And kids 12 and under receive free general admission all weekend long when accompanied by a ticketed adult.

Spare yourself the pain of parking and take public transit

There’s no reason to suffer Toronto traffic and pay exorbitant downtown parking fees. The TTC’s 509 Harbourfront and 511 Bathurst streetcars and 29 Dufferin bus all terminate at Exhibition Place, and the Exhibition GO station is right next to the grounds. GO Transit and the Honda Indy Toronto are offering combination tickets for general admission and round-trip train travel at hondaindy.com/go. 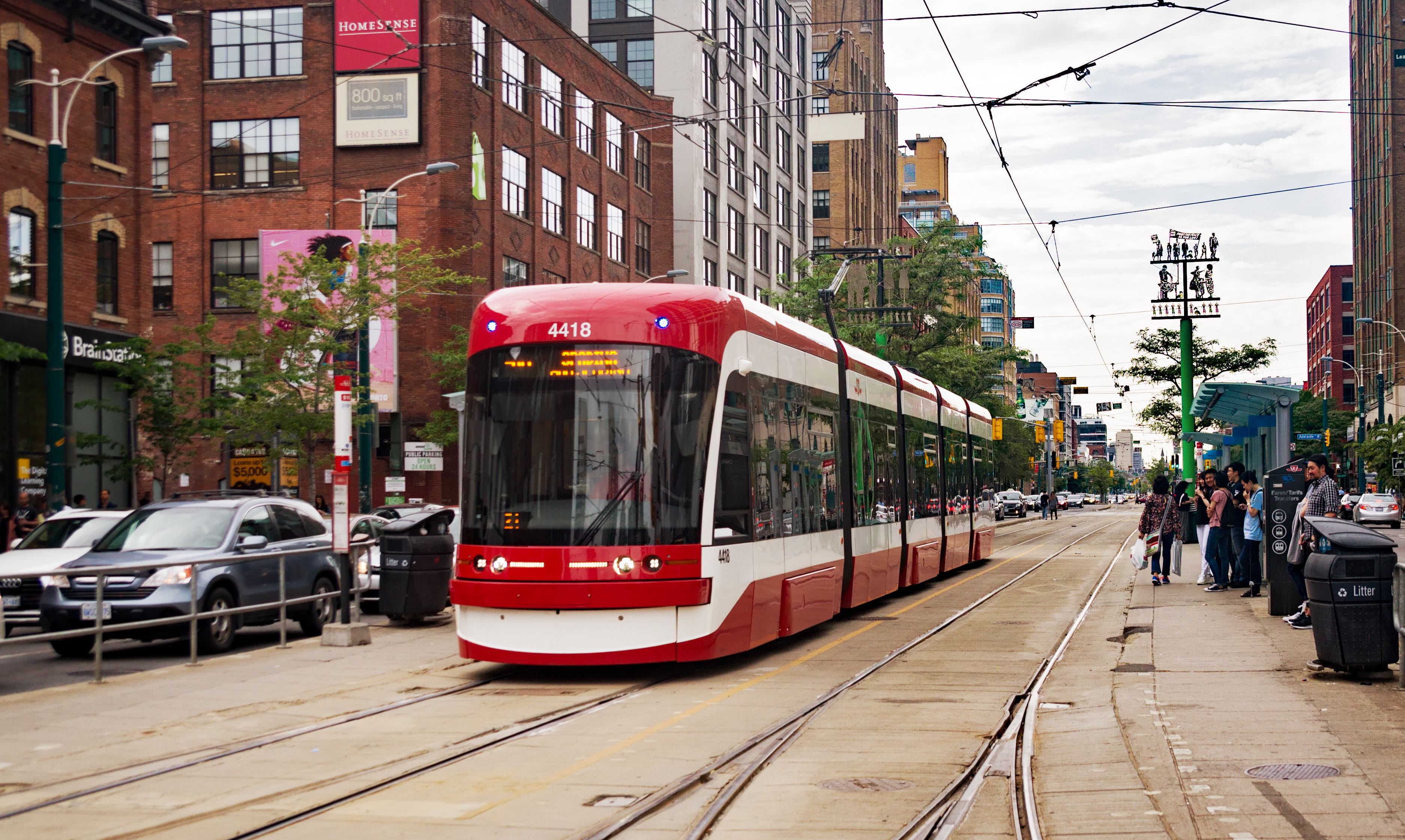 The weather forecast is calling for mostly sun all weekend, with a slight risk of a thunderstorm, and temperatures in the high 20s with the humidex making it feel like it’s in the mid-30s. That means you’ll want to bring a backpack stocked with hats, plenty of sunscreen, and refillable water bottles. While no other outside food or drinks are permitted, there are water-refilling stations throughout the grounds, and security is supposed to let you bring refillable bottles with you as long as they’re empty when you arrive. Make sure you bring hearing protection, too, especially for your kids. As thrilling as they are, those engines are louder than you might think.