How The Fast & The Furious Sounds Were Made

Craig Lieberman was a technical advisor to the producers, he helped source the cars and make the right noises.

Making good movie sounds isn’t easy, as you’ve probably noticed when some four-cylinder car drives away slowly accompanied by an audio track of squealing tires and a strange V8 noise. Or a Ford Mustang powering off to some distinctly General Motors exhaust notes (that’s the problem when Ford does such a good job of making the Mustang sound so unique).

When you’re doing a big-budget film where cars are the focus, not the distraction, those little mistakes aren’t ok anymore. Craig Lieberman was a technical advisor to the producers of The Fast & The Furious, meaning he helped source the cars and make the right noises. He’s releasing a YouTube series explaining the stories of some of the cars used in the films, and the latest talks about how they brought the noise to the theatre. With downloadable tracks of the audio for many of the real cars used in the film.

Lieberman explains the difference between foley work and sound effects, sounds made by people and sounds made with real cars or other real mechanical items. He talks about using a small airport to make more than 50 recordings for each of the vehicles that they used to capture sound. High speed runs, slow driving, moderate speeds, even stopping at different speeds to make sure you captured every noise the car would make, to fit every scene on screen. The cars were mic’d inside and out, including a microphone mounted to the blow-off valve under the hood for that sweet “sheewww” sound.

Engine sounds are easy, but he also talks about giving a sense of speed to the sounds and adding “sweeteners” to the sounds. Like adding the roar of an actual animal layered into the engine sounds to give it some extra aggression. Each car was done with a different sound style to reflect the character and the fictional crew it was representing. Not something you notice when you first watched, but think about that 10-minute quarter-mile race right now and we’ll bet you can spot it right away.

Lieberman talks about how they made the nitrous sounds and the engine internals noises. The sounds of Dom’s Charger engine coming apart contain sounds from a slide projector and a Buick Skyhawk that was bound for the junkyard. There were even some surprises like a coyote’s barking that was then inserted into a nighttime scene. 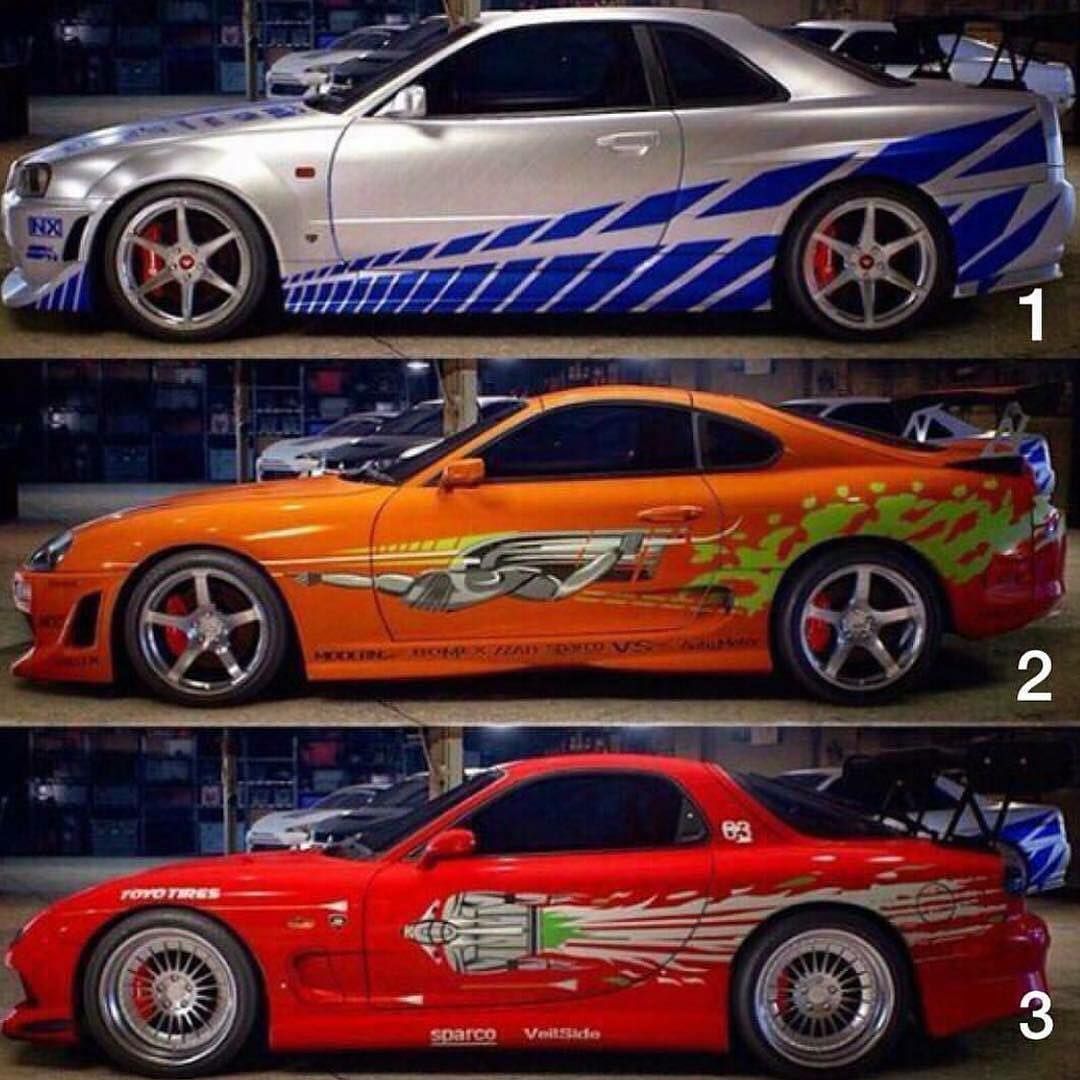 He reveals the secrets of what engines were used for the movie car sounds, like how Brian’s Eclipse was a mix of turbo Integra, supercharged Honda CRX, and an actual Eclipse GSX, plus some secrets of the other cars.

Finally, he gives links to the original sound recordings made on that runway session, so you can make your own movie chase sounds if you want. Or just listen to some cool engines running.

Sound design is fascinating, and this is a rare glimpse into what goes into making a car-focused movie sound both impressive to audiences and right to car people.