How do traffic apps know the best route to your destination?

Different apps use different technology to figure out the fastest path to help you get from point A to point B.

Mobile traffic and navigation apps have fast become a necessity in planning any car travel, whether in the city or the suburbs. However, the technology powering these tools is changing. We’re moving past static apps and toward interactive guides that require our participation to deliver the best results.

The basic components behind any navigation app are the same: guide drivers to their destination with the most efficient route.

Google Maps spokesperson Aaron Brindle says the company’s goal has consistently been to create “the world’s most accurate, usable map.”

This means anything from multiple app upgrades a day to observing shifts in plate tectonics. But the skeleton of the service is simple: you need reliable map information, timely traffic data and, most importantly, options to modify data based on feedback.

Some companies exclusively buy their maps from trusted vendors like TomTom, a global navigation specialist. Google Maps creates theirs by combining data from more than a thousand open source and commercial mapping services.

Collecting real-time information relies on a series of pings sent to any phone that has Google Maps open and its GPS locator turned on, or any Android phone with an active locator. A ping is a signal sent through a network to verify that a connection exists with your phone: when Google’s server ping your device, the technology instantly pinpoints your location while keeping your identity anonymous.

Google Maps estimates the rate of traffic flow by watching how fast these pings move. The system combines information from more than eight billion monthly users as well as traffic trends (e.g. rush hour traffic is likelier to be more congested than early afternoon flow) to recommend superior driving routes.

Each section of the navigation app market has developed its own niche. Brindle says that Google Maps aims “to provide context for users whenever they need it,” which explains why routes are often flanked by local business hours, ratings and reviews. MapQuest, which sources real-time information from transit agencies instead of active users, provides a more business-like service, with the option to make hotel bookings through in-app features for smooth, fuss-free travel plans.

Indeed, more and more automakers offer connectivity features that link infotainment systems with the smartphones of drivers and occupants. Some vehicles have their own cellular data connections and can gather real time traffic updates this way. 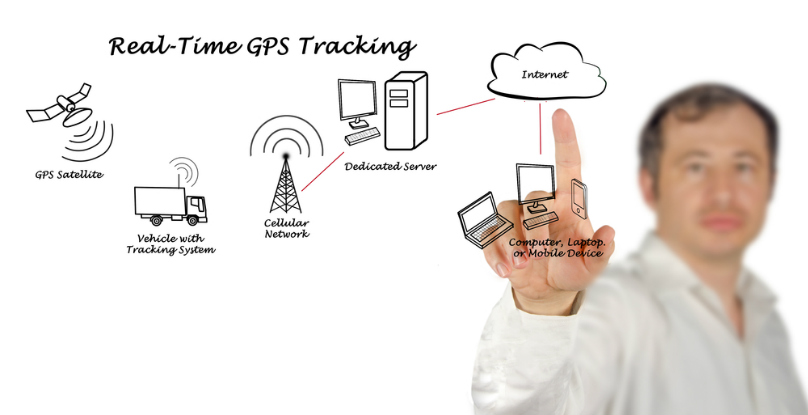 Waze, a mapping and navigation app initially launched in 2007 and later bought by Google in 2013, is an emerging outlier because it’s different. Waze understands that the same people who cause traffic can be the ones that help you avoid it.

“You can’t underestimate that human element,” says Waze spokesperson Julie Mossler. Waze even created its current maps based on user input in the timeless style of Hansel and Gretel.

“We ping your GPS chip once a second, and if you’re driving down the street, it leaves a trail of crumbs. When you connect the dots, that forms a road.” Users running Waze as they travel reinforce information about traffic flow, or if streets are even open. Should they enter a previously uncharted area, they become the reason it gets mapped at all.

Waze’s 50 million users can run the app to actively report real-time accidents, traffic or even police-related congestion while on a trip. These reports are vetted by a combination of Waze’s internal algorithms, a team of map editors and up-votes from other nearby users to ensure optimal accuracy.

“We’re all in this together,” Mossler reminds us, highlighting something Waze’s parent company hasn’t recognized yet. “There are other people out there stuck in traffic, just like you, working with you to outsmart it, and that’s comforting.”

“We may not be able to erase traffic completely,” Mossler says, “but knowing that if you give a little, someone else will too, and it will get better for everybody—that’s incredibly motivating.”

Perhaps the best thing about driving-related apps is that most of them are incredibly easy to access and update. Grant Courville, senior director of product management at QNX Software Systems, explains that parent companies realize most users are “looking for a consumer experience.” This means an increasing focus on developing intuitive app interfaces, and features that users can understand without much effort.

“Quite often,” Courville says, “you’ll have more horsepower in your hands in a high-end smartphone than a full infotainment system in a car.”