How Can the Automotive Supply Chain Overcome Its Issues

What can automakers do next to safeguard against shortages?

Join the Conversation (0)
The automotive supply chain is currently in shambles. Although supply chain issues are impacting virtually every type of product, supply and raw material around the world, the global auto industry supply chain is one of the hardest hit.

As they continue to scrounge for materials and parts such as semiconductor chips, many auto assembly lines have gone through a series of shutdowns through the past year. Production is now forecasted to drop to its lowest level since 1982. Globally, automakers will lose upwards of $210 billion in revenue this year due to these supply chain problems, according to a forecast from consulting firm Alixpartners.

Few automakers are immune to the shortages; in a survey conducted by the Economist Intelligence Unit, approximately 51.7 percent of respondents from the auto industry said the disruptions to supply chains were very significant. Consider, though, that while this pandemic is indeed an unprecedented time, the fragility of the auto supply chain is nothing new. Just a decade ago, when the Great Tohoku earthquake and tsunami of March 2011 devastated the northeast coast of Japan, it crippled that country’s auto supply chain. Since that disaster, some auto suppliers changed how they source and make cars, shifting from “just in time” production to storing more inventory to safeguard against shortages. Many others, however, have opted not to store inventory due to the high cost of maintaining extra supplies.

Through this pandemic, auto manufacturers have been forced to make adjustments, including producing cars without certain modules, slowing or halting the production of new vehicles, and prioritizing supplies for vehicles with higher margins. Now, with the economy slowly starting to recover and the auto industry crawling out of this hole, taking measures to safeguard the industry’s supply chain going forward is paramount.

Currently, semiconductor chips, the majority of which are sourced from Asia, are particularly scarce. With the margins lower for car semiconductor chips compared to those for smartphones and consumer electronics — making car companies a less attractive customer — what’s to stop auto manufacturers from going into the production of these relatively inexpensive chips to resolve their supply chain woes? 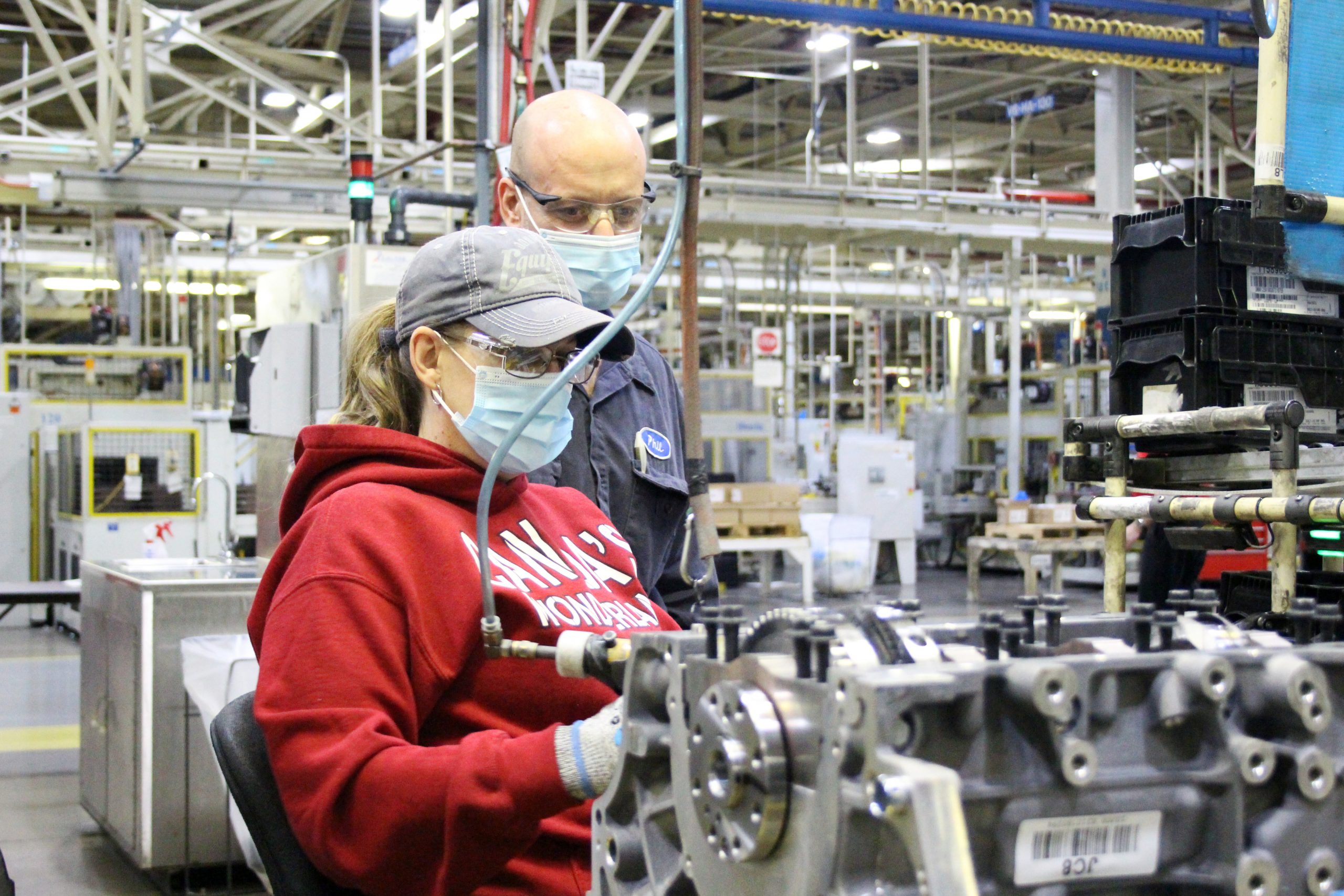 “It’s difficult because the capital requirement to build supply is incredible,” said Flavio Volpe, president of the Automotive Parts Manufacturers' Association. To put it into perspective, the U.S. federal government has announced a $52 billion investment into doubling their supply. “But the U.S. represents only 12 per cent of the world’s supply—the quantums (amounts) are too big for an automotive manufacturer to consider as an adjunct to their own business.”

Volpe pointed to foreign monopolies of specific supplies as a significant factor in the auto supply chain’s vulnerability. “Twenty-four per cent of semiconductor chips are made by a Taiwanese company,” he said. “And as we grow the market share of electric vehicles from two per cent to what we think will be a mandated 100 per cent in 2030, the vulnerability of the semiconductor supply will be one of, if not the top, issue.”

“Auto manufacturers are used to being the big man on campus; when they said jump, the supply chains said how high. When they made a design change, everyone was expected to be in lockstep, but the relationship between risks and costs have gone out of balance as demand exceeds supply capacity and therefore needs restructuring. The interdependencies between supply chain tiers is extensive. Collaboration, risk sharing, and flexibility will improve the resiliency of the supply chain to better absorb disruptions: supply, pandemic, or political."

Maroney pointed to successful tech companies like Apple and Samsung who have partnered with their vendors and developed flexible contracts in which both parties commit to forecasts within a certain range. Look at what happened when COVID-19 hit: tech companies didn’t cancel their semiconductor contracts; automakers did.

Working as a partner with suppliers can further cultivate a more robust supply chain by also designing in collaboration. “So when one industry takes a dip, the other gains,” said Maroney.

He proposes, for example, designing chips that can not only be used in cars, but also in cameras.” Although this will drive up the cost of a chip, it mitigates the risk to the supply chain. However, Maroney notes that since semiconductor companies are now spending billions to build additional capacity to meet the world’s excess demand, “they could be left holding the bag in a few years.”

“There is no silver bullet for what auto companies should do, but there is a guarantee that if you’re sleeping, you won’t be around to answer that question 10 years from now.”