These single-celled micro-organisms have an appetite for carbon dioxide.

Join the Conversation (0)
Honda is a company that’s always had big dreams and they’ve always found a way to give those dreams life.

Founder Soichiro Honda was known for skipping the easy things and starting with the most difficult, even if it seemed impossible. It was this mindset that persevered when the company decided to enter Formula 1, a formidable challenge, even today. Most automakers never even bother. But in 1964 Honda debuted the RA271, its first Formula 1 racecar. It happened just one year after its first passenger vehicle, the T360, went into production.

This notion that anything is possible still burns bright within the company and its many employees. Advanced Energy Research Assistant Chief Engineer Nozomi Fukushima is the best example of this.

She doesn’t have anything to do with Honda automobiles or engines. But tucked away in one of the many buildings of Honda’s sprawling R&D facility in Tochigi, her research with a genetically engineered carbon dioxide-eating algae was one of the most interesting and promising things the company is currently working on.

Honda has set a goal of being carbon neutral by 2050. And the algae called “Dreamo”, which is derived from “Dreams” and the Japanese word for algae “Mo”, will help them get there. With rising global temperatures and more extreme weather, Dreamo has seemingly unlimited potential to help people around the world. 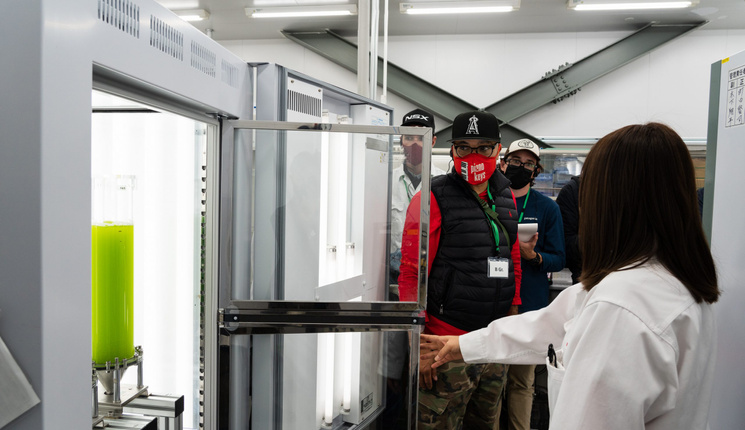 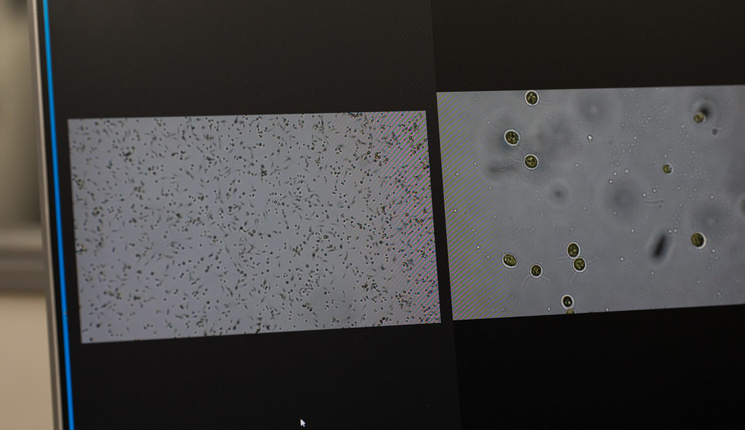 Algae is plentiful and you can find it anywhere, not just in bodies of water. But Dreamo is special. Ms. Fukushima is the development leader for Dreamo and she can barely contain her excitement as she welcomes a group of North American media into her small lab. She tells us this specific strain is a mutation of Chlamydomonas reinhardtii, a type of microalgae. She walks us over to a microscope containing a live sample, where we can take a look at the tiny creatures on a monitor. They’re single-celled organisms and they zip around the petri dish with their two flagella providing propulsion. It has an eyespot to swim toward light sources and it’s also a hardy strain, able to withstand cold weather, contaminated environments, and even a lack of nutrients.

Fukushima wants to save the world with algae. Her passion is infectious. Dreamo consumes carbon dioxide and produces oxygen through photosynthesis. Every 1g of algae can consume 2g of carbon dioxide (C02). 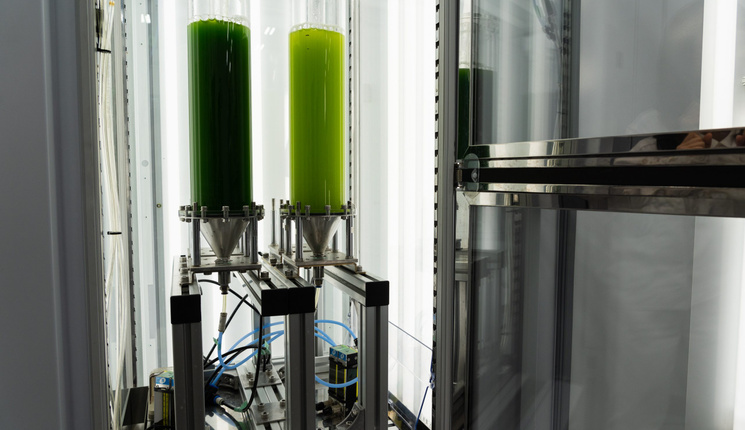 Dreamo also multiplies rapidly. The cells divide once every 5 hours and multiply up to 32 times a day. Set up outside factories it can work hand in hand with Honda’s new carbon capture technology where the captured C02 can be quickly consumed by the algae. But that’s only the beginning.

Fukushima and her team have been working on adjusting the nutrient concentration by altering nitrogen and phosphorous levels. It takes only three days for the transformation into different products depending on its composition. When Dreamo is 70 per cent protein it becomes a viable high-protein meat alternative or can be used to make cosmetics, or feed for livestock. Skew its chemistry to 60 per cent carbohydrates and the algae can be converted into ethanol, jet fuel, and resin. It can also be used to make plastics for use in cars. The possibilities are endless. 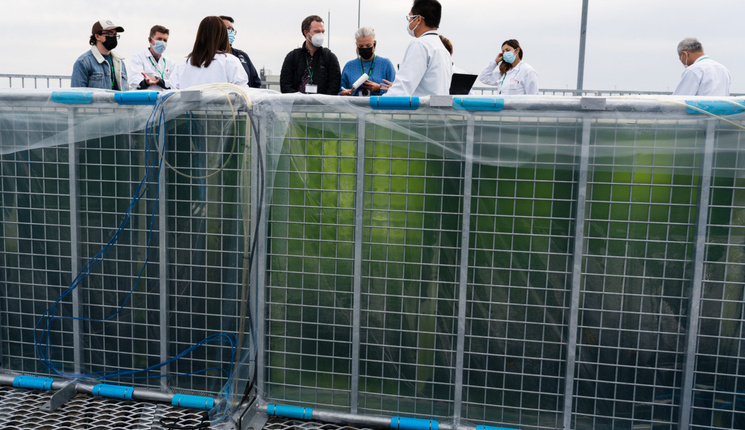 Dreamo is real and ready to be scaled up. What we saw wasn’t just confined to that small lab. On the roof they are actively growing the algae, and they’ve developed a very efficient and inexpensive system to do it. Growing in vertical metal tanks and insulated against the cold with plastic sheeting the rich green Dreamo cultures bubble like a witches’ cauldron. The tanks are only a few inches thick to maximize sunlight penetration and algae production. And because the tanks are insulated, the algae can continue to grow even when temperatures drop as low as -5 degrees Celsius, as they routinely do in Tochigi during winter.

Because Dreamo is so resilient and grows so rapidly, systems like this can quickly be expanded all over the world as long as the weather isn’t extremely cold or hot. It’s no longer a matter of if, but when.

For Fukushima, this is the culmination of 10 years of work at Honda and she wants her research to help all of humanity by providing clean air, food, and fuel to the people that need it most. Dreamo truly has the potential to make that a reality.