Announced at the Detroit Auto Show the Honda Civic is the 2016 North American Car of the Year and the Volvo XC90 is the Truck/Utility Vehicle of the Year.

DETROIT – The Honda Civic is the 2016 North American Car of the Year and the Volvo XC90 is the Truck/Utility Vehicle of the Year.

The announcements were made in Detroit just after 7 a.m. today to kick off Media Preview Days for the North American International Auto Show, a.k.a. the Detroit auto show, which opens to the public next weekend.

The Civic defeated the Chevrolet Malibu and the Mazda MX5-Miata while the Volvo outdistanced the Honda Pilot and the Nissan Titan XD in voting conducted by an international jury of motoring correspondents, including Toronto Star Wheels’ Jim Kenzie.

While the Titan was the only true “truck” in the Truck/Utility Vehicle category – the other two were large SUVs – the rules state there must be significant changes to a vehicle for it to be eligible for consideration and so best-sellers like the Dodge RAM and the Ford F-150 were not in the running this time around.

The preview days kicked off after the car/truck announcements and Chrysler was first out of the gate, followed by Chevrolet, Audi and Volkwagen. All the major manufacturers planned announcements either today or Tuesday, making Detroit the most important of the car shows because automakers use Dthe show as a coming-out party for their latest creations.

GM stole an early March Sunday night by unveiling the Buick Avista concept car but journalists wondered about the launch because the company has no plans to actually build the car. 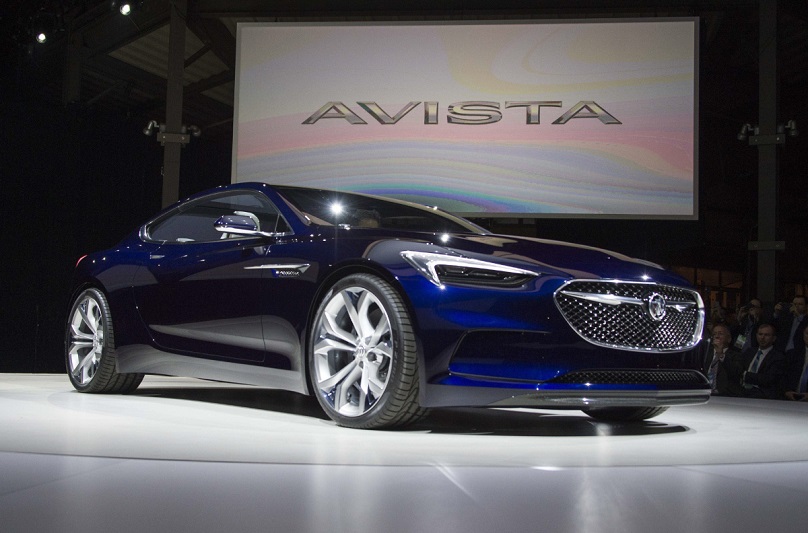 On the other hand, Mercedes-Benz launched its next-generation E Class car Sunday night and besides illustrating how truly smart the latest car is, the launch featured a lecture on artificial intelligence by an MIT professor who assured those in the audience, including NASCAR and IndyCar team owner Roger Penske, that despite all the advances, technology is nowhere close to outsmarting humans.

The Canadian Car of the Year and Truck/Utility Vehicle will be announced the day before the Canadian International Auto Show in Toronto opens to the public in mid-February.

– U.S. President Barrack Obama will visit the show on Jan. 20 – the first time a president has attended since Bill Clinton occupied the Oval Office.

– General Motors announced the 2017 Bolt EV will go an estimated 320 kilometres before needing a charge and, while using an optional fast-charging system, can be charged up to 145 kilometres of range in 30 minutes, although outside temperatures may affect charging times. In an interview with the Star, GM Canada President Stephen Carlisle paid tribute to the Ontario government for its recent announcement of a network of charging stations in the province.

– Not content to rest on its laurels with the success of the Titan XD, Nissan unveiled the Titan Warrior Concept. They took a desert-racing truck design and put it on a commercial-duty chassis with modified off-road suspension. “Truck buyers have a seemingly insatiable appetite for more content and more unique offerings,” said José Muñoz, executive vice president, Nissan Motor Co., Ltd. and chairman, Nissan North America, Inc. “We are already exploring new territory.”

– Fiat Chrysler Automobiles unveiled the 2017 Chrysler Pacifica minivan and Pacifica Hybrid minivan that will be built in Windsor, Ont., and will replace the Dodge Grand Caravan.

– Ford unveiled its latest F-150 Raptor. The SuperCrew version adds room for passengers and gear. Ford also unveiled its most technology-packed Fusion to date, including hybrid and plug-in hybrid versions of the new sedan.