Honda Shows Off Its Stash of E for Frankfurt

The car is set to make its official public debut at 2019 Frankfurt Motor Show,

Looking for all the world like a retro-future version of classic Honda hatchbacks, the company has unveiled the first official images of its new Honda e electric vehicle (EV).

The Honda e is an all-electric vehicle and equipped with a high-power electric motor available in one of two power outputs, either a 134 horsepower or 151 ponies. Torque checks in at about 232lb.-ft and, thanks to the unique properties of an EV, will largely be available right from rest.

A 35.5kWh battery is on board and said to be one of the most compact in its class. Range is in the 220km ballpark from a single charge. A fast-charging capability apparently allows juicing the e to 80% capacity in about 30 minutes, provided you’ve connected the thing to a charger capable of heaving out that much power. Honda says this little EV will reach 100km/h from a standing start in approximately eight seconds.

Its interior is incredibly clean, with a dashboard screen stretching clear across the car thanks to a pair of 12.3-inch LCD touchscreens. Heating and ventilation controls are similar to those found on some other mainstream Hondas but the digital readout is like nothing else from the Big H. Its centre screen is shown displaying information about the car’s safety nannies – lane keeping and the like – but another large display lies dead ahead of the passenger as well. This jumbotron shows the likes of remaining battery percentage and range. It appears there is a bank of touchscreen buttons over there, too. Mercifully, there are a couple of redundant buttons and a volume knob. 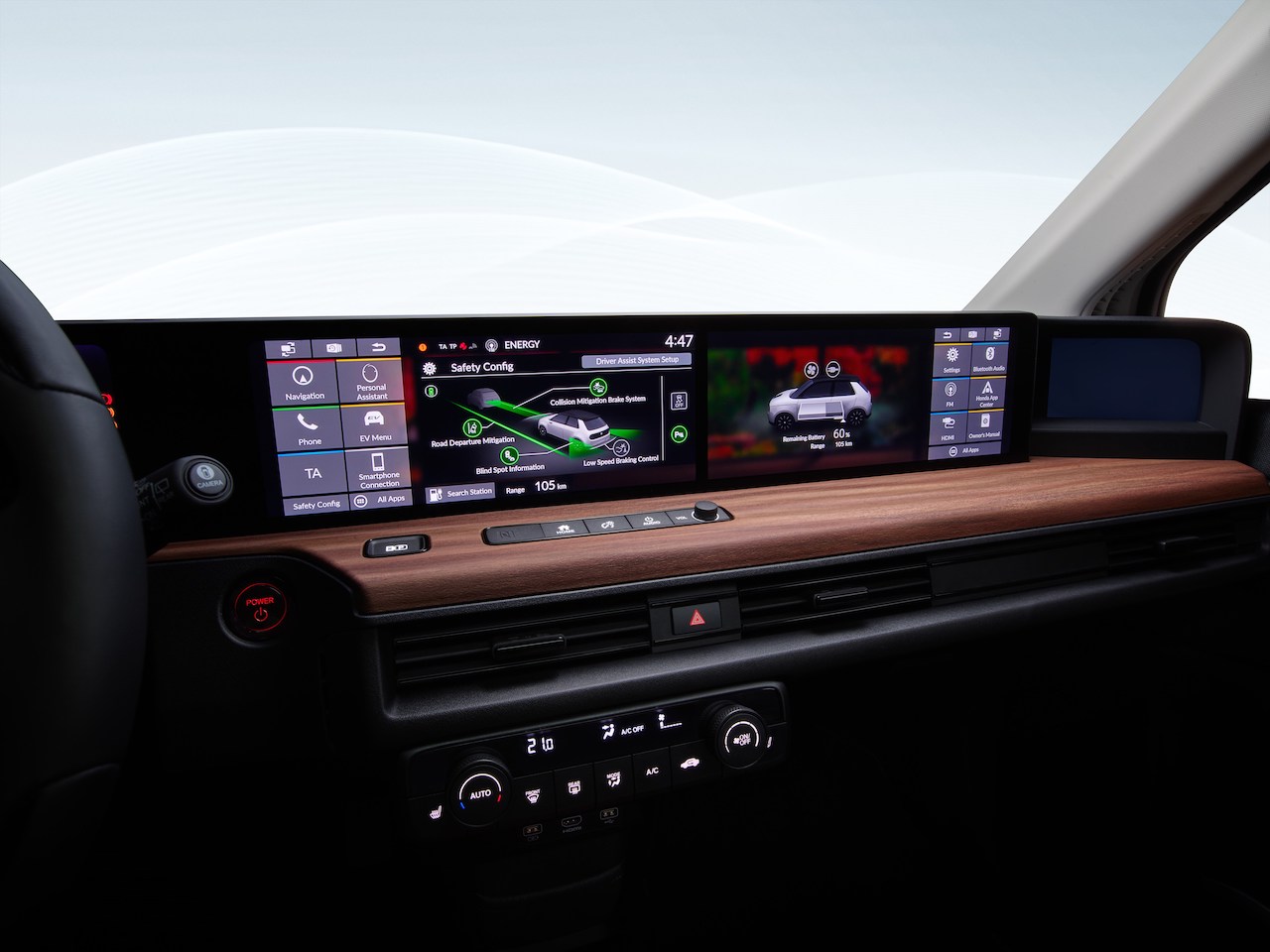 Honda is dipping a tentative toe into the voice assistant waters, allowing drivers to speak with the car by way of uttering “OK Honda” followed by a question or command. Machine learning is said to develop a greater understanding of an individuals’ voice over time, in order to deliver more accurate responses. The Honda e is also accessible using a digital key, allowing the car to be locked and unlocked using only the smartphone application.

It’s unclear if the neato side camera mirror system will be available in other markets, given the variety of regulations on these things around the world. The system replaces conventional side view mirrors with compact cameras, providing live images to two six-inch screens inside the vehicle. This presumably reduces weight and drag.

The car is set to make its official public debut at 2019 Frankfurt Motor Show, alongside Honda’s range of electrified and sporty automobiles. 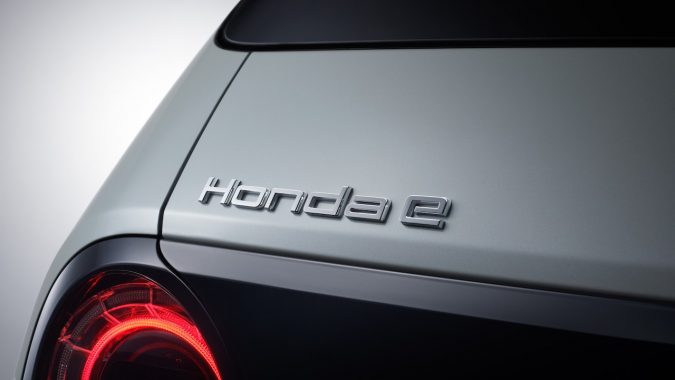 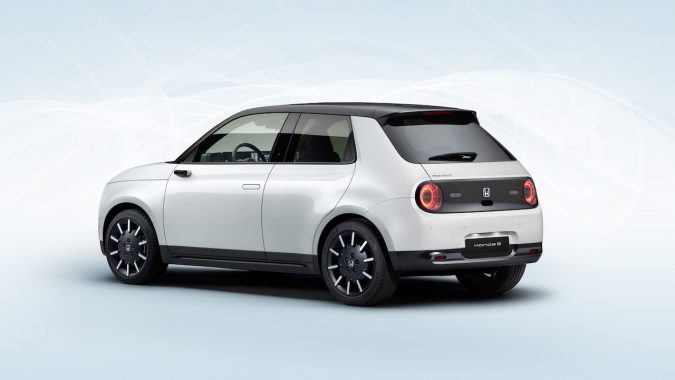