The perfect balance of efficiency and performance for urban commuting

Remember the Urban EV electric concept that Honda showed off in 2017 at the Frankfurt auto show? It took styling straight out of 1960s Honda and then added an electric motor to make an adorable little Honda, the likes of which we haven’t seen in decades. And now here’s the production version. Well, almost.

It’s now the Honda e. And the styling has changed a little, but not all that much. This is still an adorable small car that looks like a first-generation Honda Civic.

Unlike the original Civic, though, this one’s a rear-drive. That’s right, using an all-new platform designed for electrification, Honda has made this a rear-wheel drive car. Which the company says will “bring unrivalled fun-to-drive characteristics and usability to the compact electric car segment.”

The little car gets a 150 hp electric motor that also makes 221 lb-ft of torque. The 35.5 kWh battery isn’t the largest in the segment, but this is designed as a commuter, not a long-distance cruiser. Expect a range of over 200 km, Honda says.

With the battery mounted under the floor, and a 50:50 weight distribution, Honda says that this will be a fun drive. And that their engineers have paid special attention to make it that way. Making it rear-drive has allowed Honda to increase the front wheels turning ability. So it has an urban-friendly turning circle of about 4.3m. That’s a whole metre tighter than the similarly sized Honda Fit. Honda also says that the low centre of gravity means it can limit body roll without needing stiff springs. So it should ride as well as it turns. 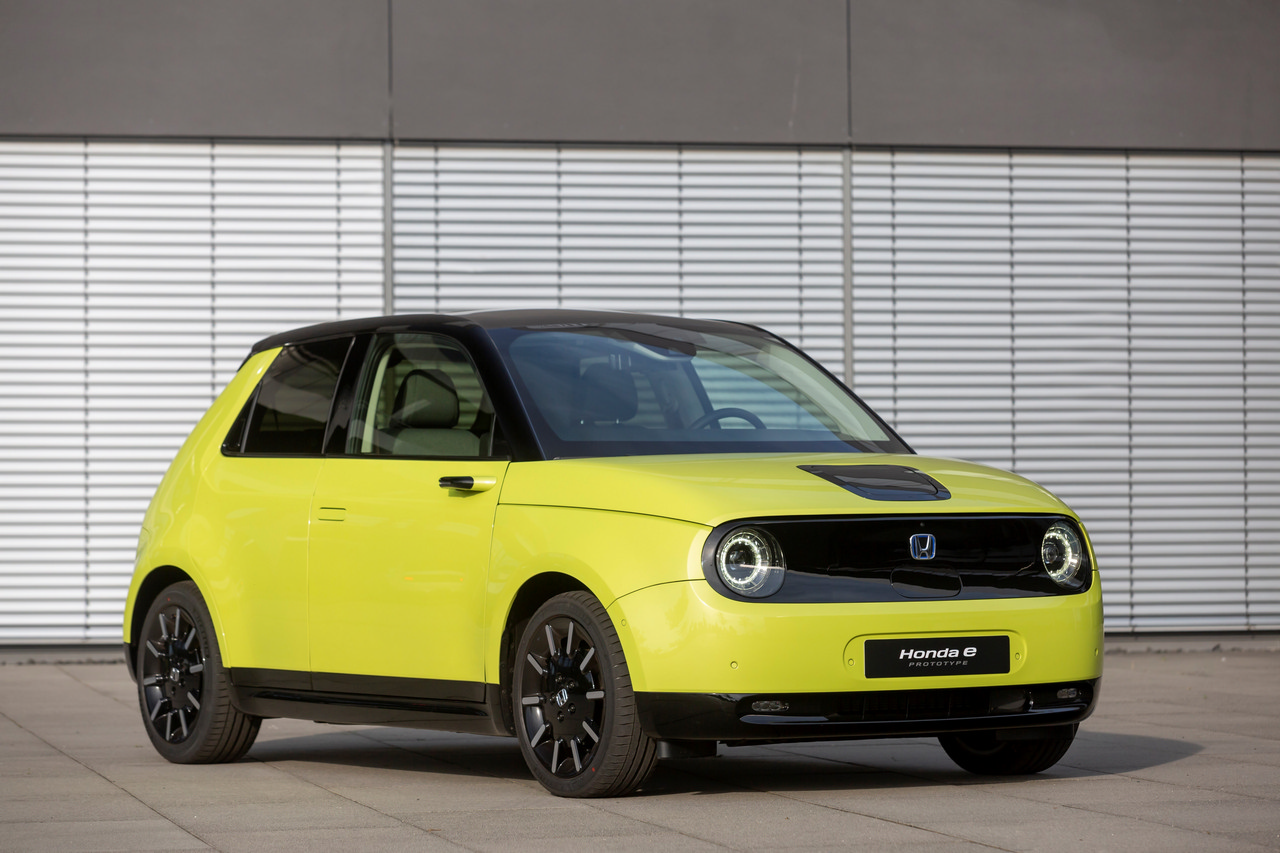 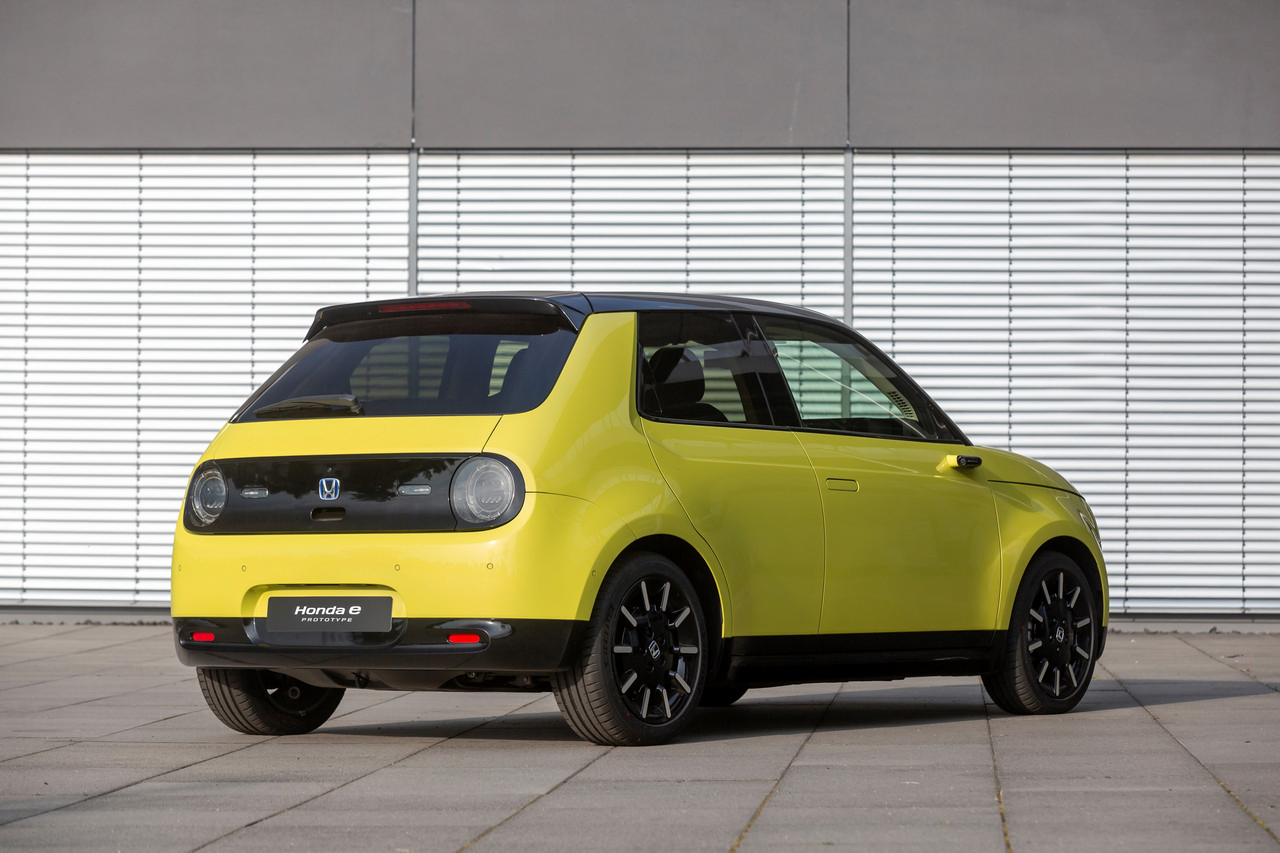 That battery can take an 80 percent charge in 30 minutes, Honda says. It will also let EV drivers use one-pedal mode. Accelerate using that pedal and when you release it the regenerative braking will stop the car.

This is still a prototype, but Honda’s prototypes are normally almost exactly what enters production. In this case, the production version is set to be unveiled later this year. Orders will open soon for buyers in the UK, Germany, France, and Norway. No word yet on if the e will come to Canada, though the short range might make it a tougher sell here. 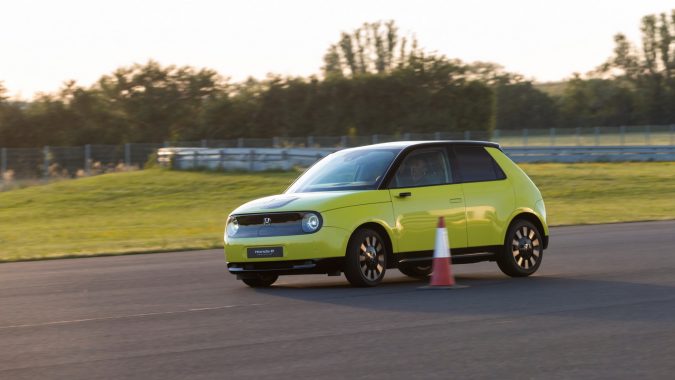 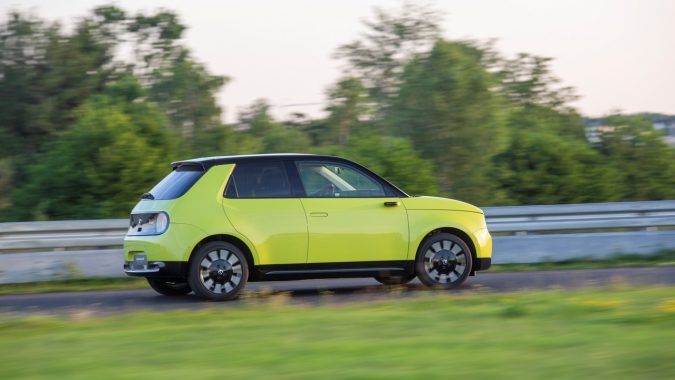 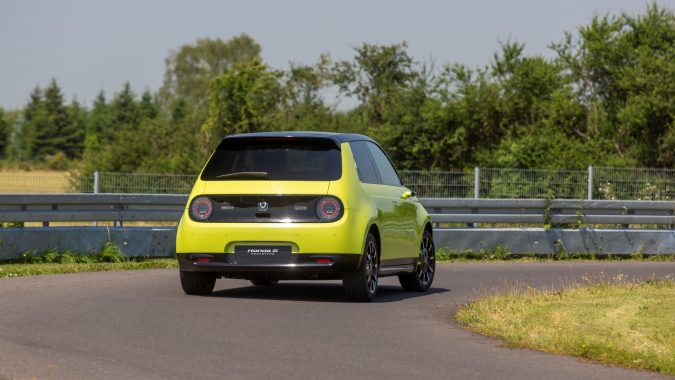 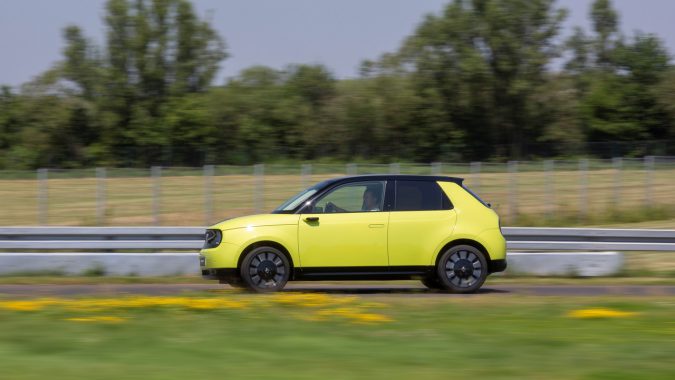