PEOPLE from all over will be flocking to downtown Toronto this weekend to catch a piece of the action at this year's Honda Indy. With that will come the inevitable traffic jam as the crowds arrive.

PEOPLE from all over will be flocking to downtown Toronto this weekend to catch a piece of the action at this year’s Honda Indy. With that will come the inevitable traffic jam as the crowds arrive.

To complicate things a bit more, and as usual with summertime in the city, the Indy will not be the only event going down. Up the street at the Air Canada Centre, Guns and Roses will be performing, over on the island there is the Festival of India and at Yonge-Dundas we have Francophone Fête, this along with a host of other summer festivals will at time make for some horrendous traffic in and out.

The Honda Indy, a street course run along Lakeshore and through the exhibition grounds is a 30 year tradition for the city and has been using the same track layout (mostly) since the inaugural race that was won by Bobby Rahal. Waning in popularity in recent years, the crowds while not what they used to be are still expected in significant numbers.

The following roads will be closed for the event:

– Lakeshore Boulevard in both directions from Strachan to Ontario Drive

These closures will remain in effect till 11:59 pm on Sunday.

This year the race action will begin with practices on Friday with most qualifying and race events taking place on Saturday and Sunday. The main event of the weekend, Honda Indy Toronto will begin with the pre-race ceremonies and driver introductions at 2:15 pm on Sunday with the green flag dropping at 3:15 pm for an 85 lap race of the course.

Some of the other must watch races this weekend: 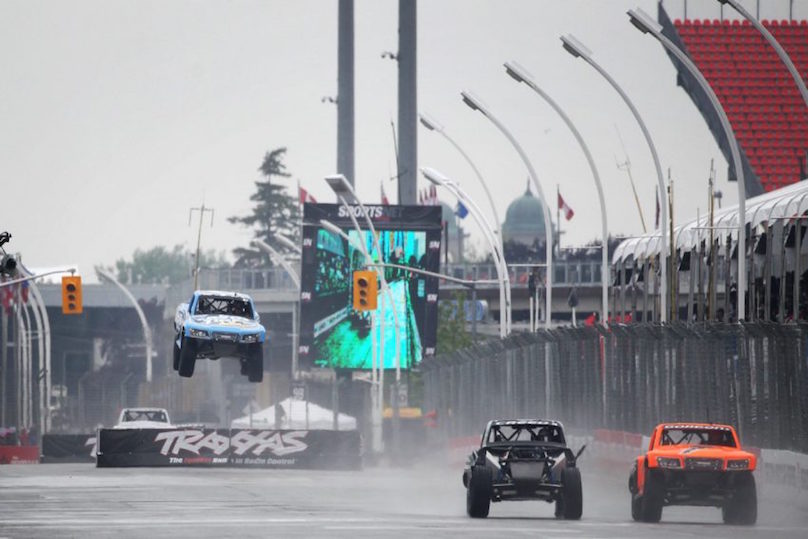 These 600 hp off-road beasts capable of driving on any surface are sure to entertain and amaze crowds of all ages. The brain-child of Robby Gordon, we love this because crazy-fast trucks blazing down the track and flying up to 20 feet in the air absolutely cannot be missed. 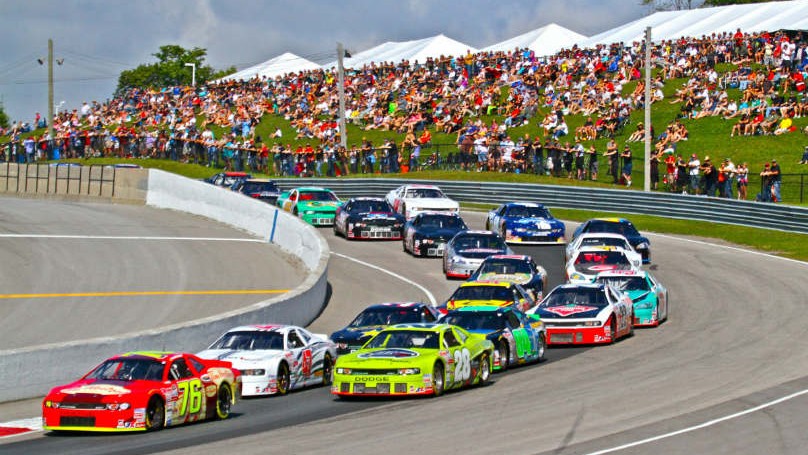 Taking over from Canadian Tire after their departure from the series. Pinty’s known for their frozen chicken has some big shoes to fill.  We love this because Nascar is back at the Honda Indy, and we can watch them racing through our proud city’s streets once more. Catch the action on Saturday at 3:45 pm.

ALSO READ: Pinty’s one of big changes to NASCAR Canada this year 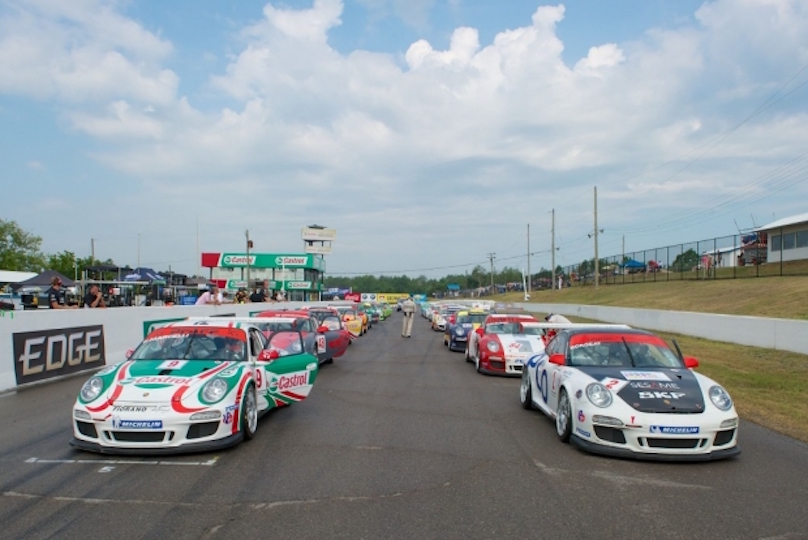 Catch the next leg of the IMSA sanctioned GT3 Porsche Cup Challenge Saturday at 10:45 am, a one make series allowing semi-pros a stepping stone to the highest level of GT racing such as the American Le Mans Series and the IMSA Weathertech SportsCar Championship. We love this because the cars are identical(in performance) and that always makes for a “driver’s race” where talent comes out on top. Besides, just seeing and hearing these GT3’s rip around the track is, quite frankly, brilliant!

Get ready for an action packed weekend of what is sure to be some epic racing on the streets of Toronto. Once again the smell of race-fuel will waft over the Exhibition Grounds. We can’t wait!

A complete schedule to the events can be found HERE