The 2018 Honda Clarity Plug-in Hybrid earned the highest all-electric range rating among all midsize plug-in hybrids with its EPA range rating of 47 miles on a full charge.

The Clarity Plug-in Hybrid also received a U.S. EPA fuel economy rating of 110 combined MPGe, among the top of its class, and a gasoline only (US gallons) 44/40/42 mpg rating (city/highway/combined).

For longer trips, the Clarity Plug-in Hybrid can utilize its hyper-efficient 1.5-litre Atkinson cycle four-cylinder engine to generate electricity and, under certain conditions, to act as a direct power source, resulting in an overall EPA driving range rating of 340 miles.

The vehicle’s electromotive power comes from a 181 hp electric motor producing 232 lb/f. of torque and drawing power from both the gasoline engine and a 17 kWh battery pack with a recharge time of just 2.5 hours at 240 volts. The Clarity Plug-in Hybrid features three selectable modes – Normal, Econ and Sport – allowing drivers to customize their experience, maximizing efficiency or driving performance.

A fourth mode – HV mode – is provided to maintain the battery’s state of charge and can be selected in conjunction with Normal, Econ and Sport driving modes.

The Clarity series is at the leading edge of the Honda Electrification Initiative, which includes the previously announced intention to have two-thirds of Honda’s global automobile sales come from electrified vehicles by 2030. 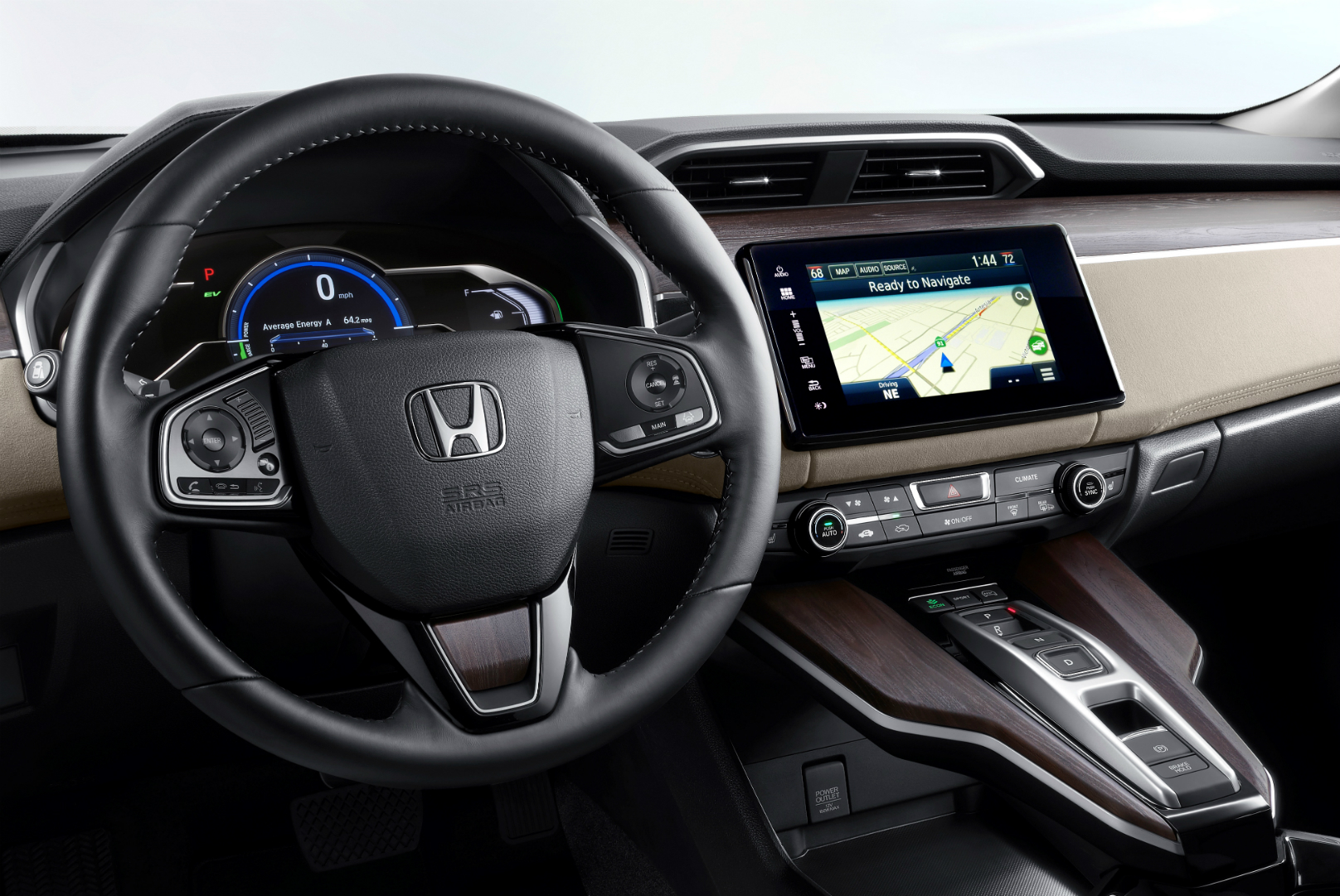