Honda believes it has an answer to providing performance while staving off gas pump shock with the 2010 Civic Coupe Si.

Having monster engines with 400 and 500 hp is all well and good, but when it takes the high side of $100 to fill the tank, well, there has to be an alternative.

Honda believes it has an answer to providing performance while staving off gas pump shock with the 2010 Civic Coupe Si.

The Coupe Si shares the same “one-motion” profile concept of the current Civic line with a steep windshield rake, negligible front and rear overhangs, and a reduced gap between the wheel wells and tires for a sweeping, cohesive appearance.

And speaking about profiles, how about the two-tier instrument panel? A digital speedometer, fuel gauge and temperature gauge are housed in the upper level to be more in-line with the driver’s line of sight.

The lower level of the instrument panel houses a big tachometer, multi-information digital display, odometer with trip meter and a variety of warning indicators.

The idea is to let the driver see what needs be seen with minimal attention taken away from the road ahead. 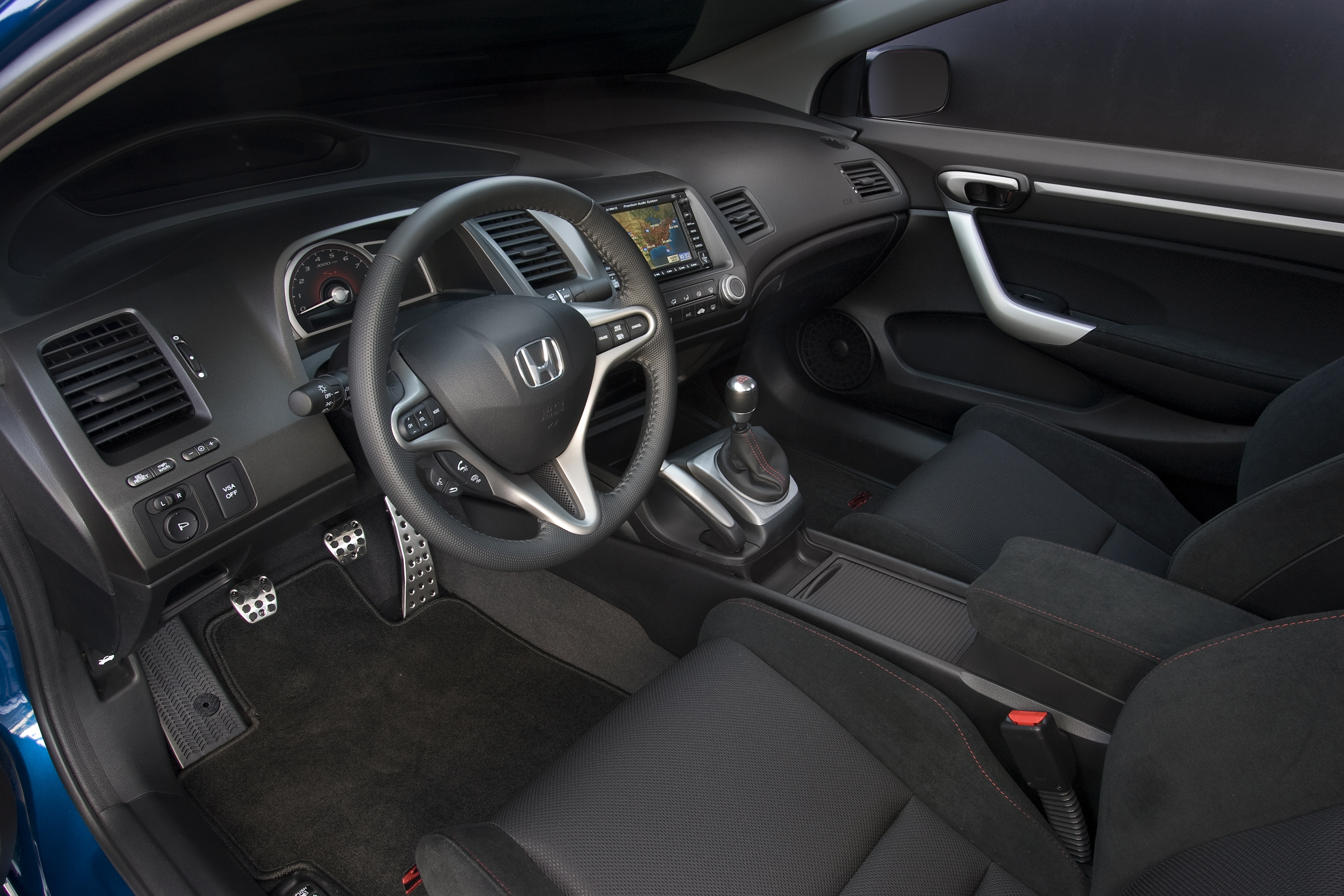 While the standard Civic Sedan/Coupe has a 1.8-litre engine with 140 hp and 128 lb/ft of torque, the Coupe Si has a model-specific 2.0-litre, DOHC four-cylinder with 197 hp and 139 lb/ft of torque. Honda uses variable valve timing along with all the knowledge gained through motorcycle and Formula One racing to extract the kind of high-revving power that just sings out.

The air intake and the exhaust systems were tuned to provide a deep sound and resonance for the kind of feedback found on competition cars. Another thing learned from racing is the use of drive-by-wire throttle body technology that gives smooth acceleration response along with a chain driven balancer unit in the oil pan that minimizes engine vibration.

In fact, this car can hit the 7,800 rpm redline so fast, there is a red warning light set high on the dash that starts flashing at 7,400 rpm as you approach top end.

A six-speed manual (no automatic available) ensures that the engine is pulling at maximum through the gears and there is a helical-type limited slip differential to route that torque evenly to the front wheels. Even so, you can still get the tires squealing in first, second with even a chirp in third.

The interior treatment is unique to the Coupe Si with red stitching on the seats and front seat bolsters so big you almost have to climb in over them.

On the outside, the 17-inch alloy wheels on 215/45-series tires give away the fact this not a plebian Civic.

To compound the more sinister look, it has Si badging, aero cladding, and a big rear wing that I’m told is functional.

Like its Civic siblings, the Coupe Si has standard front, side seat and side curtain airbags along with standard four-channel ABS with Electronic Brake Distribution (EBD) and an advanced body structure that absorbs and dissipates energy in a collision.

Honda has always poured a lot of time and effort into its suspensions. The Coupe Si takes the standard MacStruts front and multi-link double wishbone rear and enhances it to match the greater power and limited slip diff grip of the Si.

The Si shifter was specially designed for short, fast, positive gear changes. Couple that to a very — and I mean very — light clutch and you have the recipe for spirited motoring. But the main dish on this menu is the Si engine. It revs with the slightest nudge of the fly-by-wire throttle. Tromp it and the Si shoots forward with a slight dose of torque steer that is manageable as long as you know it is coming.

The best part is listening to the harmonic tune of the intake and exhaust systems, but watch for the red warning light because when the rev limiter cuts in, it makes a heck of a noise as the juice is cut to cylinders that are left begging for more.

The Si shows that motoring in a quick and tidy manner does not have to cost the better part of 50 grand.

What the Civic Si does is prove that you can have fun and be practical at the same time — which when you think about it, is what Civics have been all about since 1973. 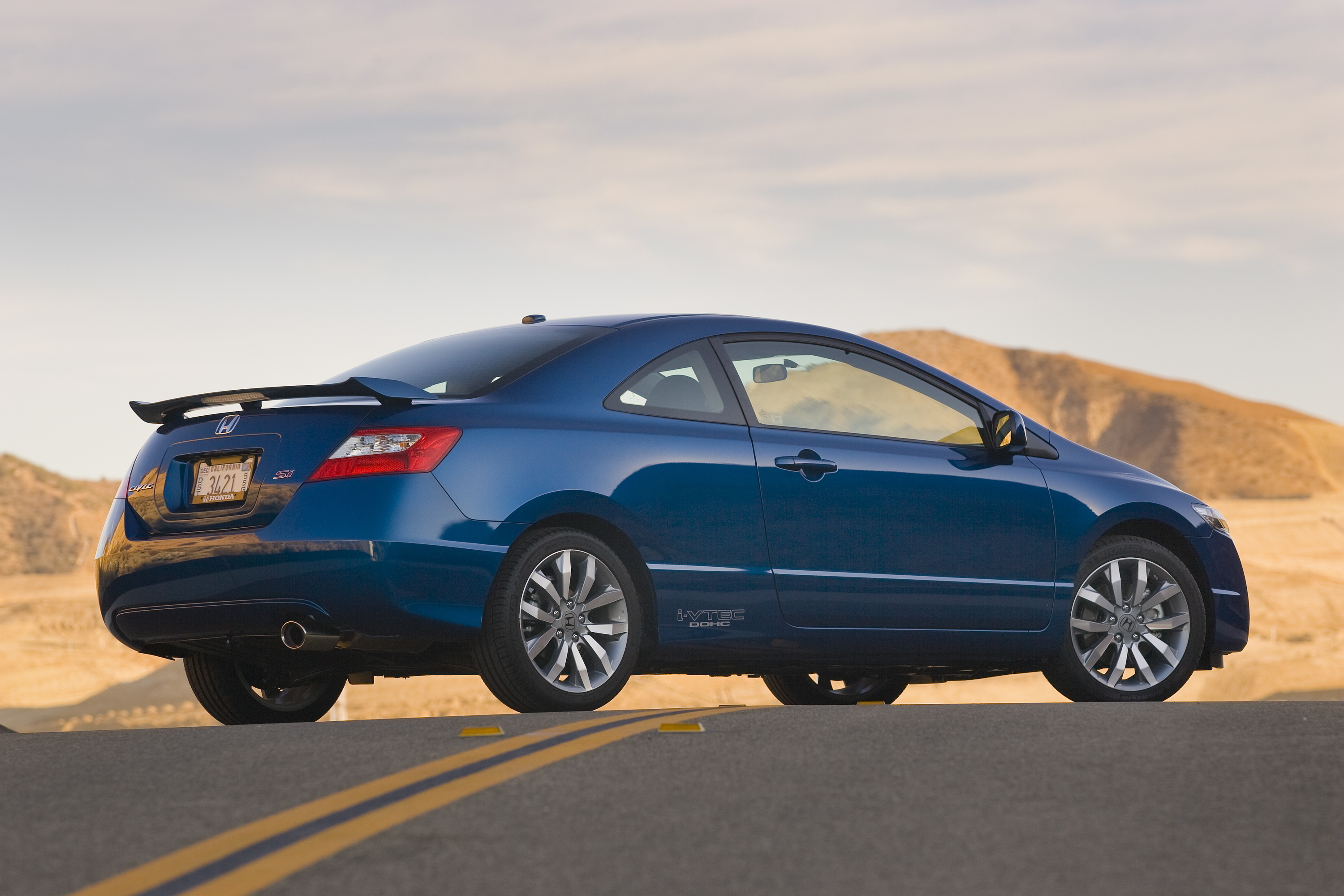