With a fresh take on custom cool, the Rebel 500 and Rebel 300 mix old- and new-school style with an outlook geared toward firing the imagination of a younger generation of riders.

With a fresh take on custom cool, the Rebel 500 and Rebel 300 mix old- and new-school style with an outlook geared toward firing the imagination of a younger generation of riders.

Development for the Rebel 500 and Rebel 300 began in North America, with the objective of referencing a timeless look while also introducing a contemporary style all their own.

You may also like: Eye Candy: A bona-fide locomotive of a motorcycle Honda CBX

Accessible, fun to ride and easy to live with, the models go their own way but are also blank canvases, ready for whatever their owners’ imaginations have in store.

Simple and raw, Honda’s new Rebel models are exercises in straightforward, minimalist design where every detail matters. Low, lean bobber silhouettes are crowned by iconic peanut-shaped fuel tanks, all blacked out with aggressively raked front ends and fat tires on large-diameter wheels, resulting in stripped forms that express offbeat individuality from every angle.

The evocative round headlight sits high in a die-cast aluminum mount, the speedometer is a compact dial with negative LCD display and blue backlight, and the ignition is housed below the left side of the fuel tank.

Honda will offer a passenger seat and footpegs as accessories.

With a 471 cc parallel twin, the Rebel 500 has strong bottom-end torque and a smooth, linear power delivery, while the Rebel 300 is powered by a peppy 286 cc single-cylinder engine.

In both cases, the bikes’ riding positions are relaxed and neutral, with arms gently outstretched and feet dropping straight down to the mid-mounted pegs.

Both the Rebel 500 and Rebel 300 are available in standard and ABS versions.

Two key words ran headlined throughout the development for both of these bikes for the design team: ‘SIMPLE’ and ‘RAW’. But to do so much with so little is an art form in itself, an exercise in minimalist design where every detail matters. 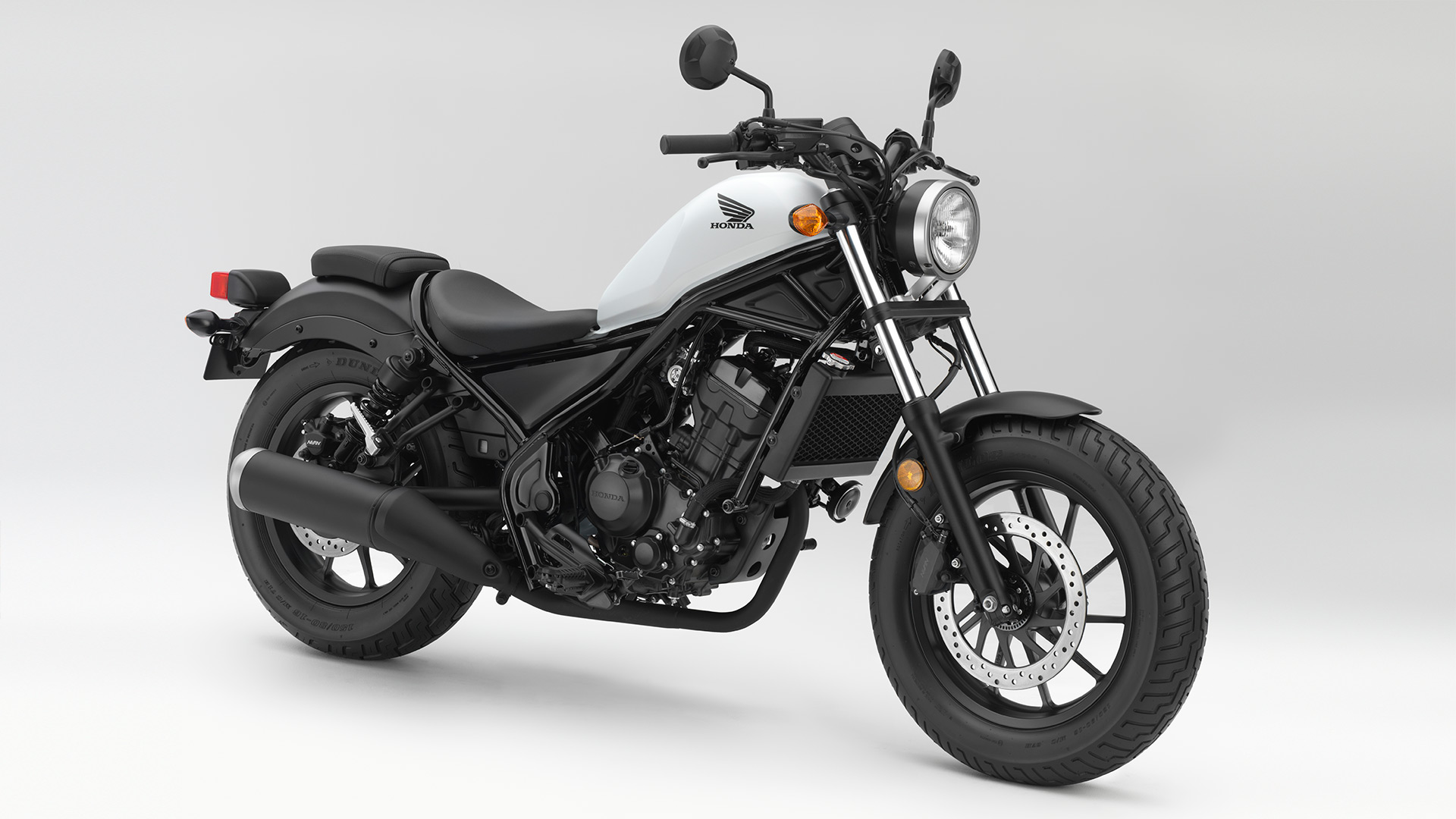