Taking tailgate partying to the extreme, it also boasts a 400-watt power inverter to drive any entertainment device.

A bunch of North Americans are driving around in pickup trucks that are too big for them, according to Honda Motor Co. Inc., so to the rescue comes the new 2017 Ridgeline, a light duty urban hauler unveiled at the North American International Auto Show’s media preview.

With unibody construction that rides easier on rough roads, connectivity in the cabin, and a segment first — hidden speakers in the truck bed — the Ridgeline is not about the job site, it’s about the lifestyle.

As John Mendel, executive vice president of American Honda Motor Co., Inc. put it, truck users are getting mulch and going to the dump, and when that drudgery is over they’re ready for a tailgate party. For that, Honda serves up the in-bed audio system, with six speakers pumping out 540 watts of sound. It can be controlled by phone for pre-game fun.

The Ridgeline’s only engine choice is a 3.5-liter, V-6 engine paired with a 6-speed automatic transmission. No horsepower figures were forthcoming, but its expected to be similar to the Honda Pilot’s 280 ponies. Both all-wheel and front-wheel drive will be available.

Behind the passenger compartment, innovation abounds. A dual-action tailgate swings up and down or to the side for flexible ways to load cargo. The bed on the Ridgeline is 5.4 inches wider and 4 inches longer than the previous generation with a 4-foot wide flat bed space between the wheel wells that can carry drywall or plywood, a segment exclusive. 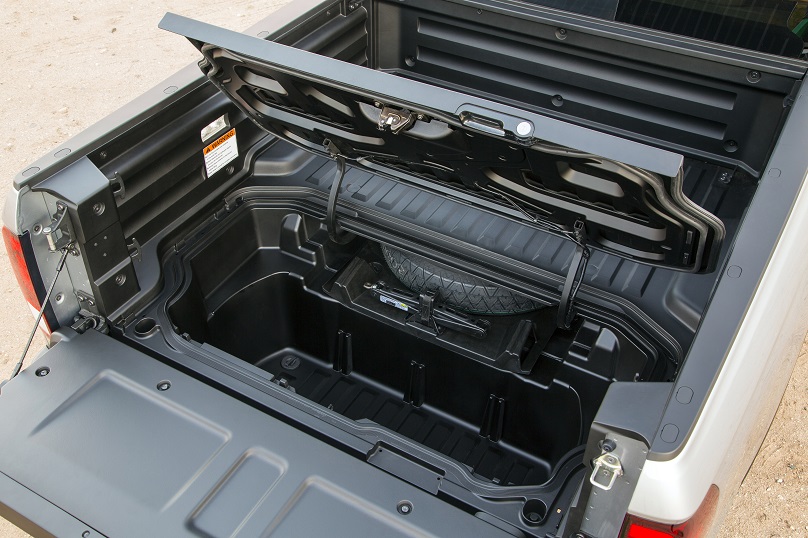 Hidden in the bed wall is an available 400-watt power inverter, ready to power a tailgate blender or flat screen TV, according to Mendel. The lockable in-bed trunk stores cargo out of sight, and has a drain plug for easy cleanup.

Honda conducted focus groups, and studied their target truck buyer in a myriad of ways to develop this second generation Ridgeline. The key to the class is civilized manners. The truck should be easy to manoeuvre, comfy in the cabin, and more fuel-efficient.

For all the breezy talk of lifestyle and tailgating, you’d think the exterior styling would have something edgy or cheeky brewing, but it doesn’t. The four-door is decked out in conservative, business-casual style. 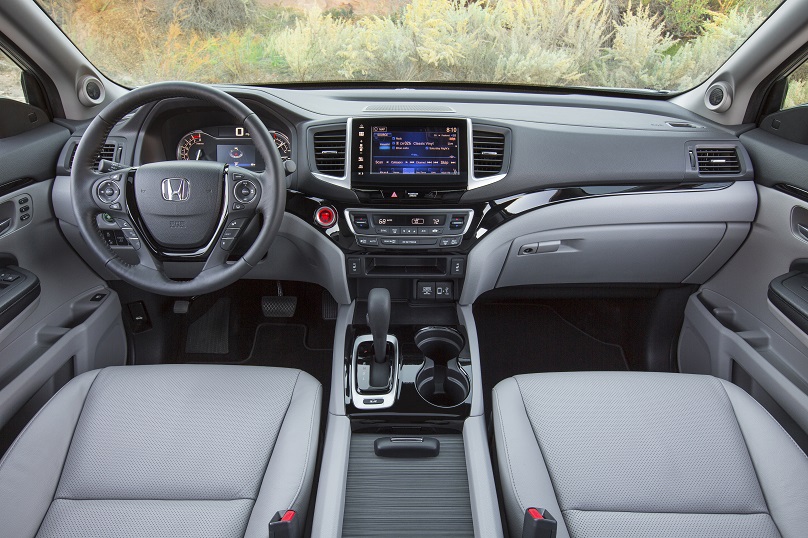 But that, too, is probably calculated to win over the customer who wants a truck that’s capable and civilized.