For many people, van life, the decision to live full-or part-time in a vehicle, went mainstream with the release of “Nomadland,” the Oscar-winning film starring Frances McDormand as a woman pushed into a nomadic existence by the closure of a factory in her town. With no work, no family and no prospects in her dying community, she hit the road.

Her character, Fern, is driven to van living by circumstance, but there are many reasons why people are embracing a minimalistic, nomadic lifestyle and exchanging four walls for four – or more – wheels.

“A lot of people wonder what it would be like to live in a completely different way,” said journalist Jessica Bruder, author of “Nomadland: Surviving America in the Twenty-First Century,” on which the film was based.

“I was forced into it by a divorce,” said Bob Wells, a YouTuber and author who has been living the van life since 1995. “I couldn’t afford two normal households, so I moved into a van, to have one very, very cheap household.”

The aha moment for Wells came a month into adopting this itinerant way of life. “I do remember very well the first month I didn’t have to pay rent,” he said. “That was a significant moment. And that moment continued to happen every 30 days. That added up. That was powerful.”

For 30-year-old Eric Kehoe, who lives in Peterborough, Ont. when he isn’t on the road, there were various reasons why he made the decision to try this way of living: a combination of childhood dreams, a yen for adventure and personal philosophy. 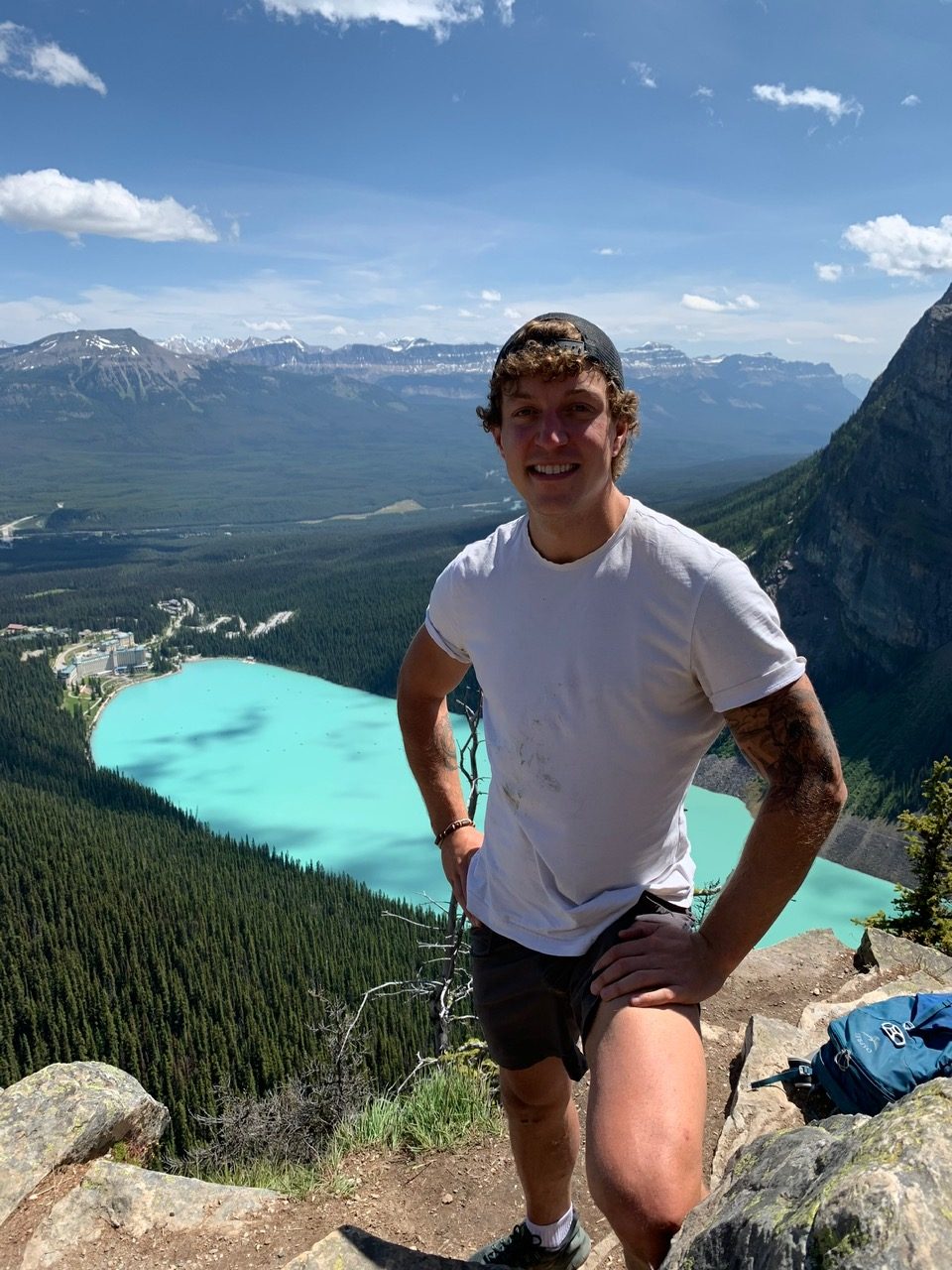 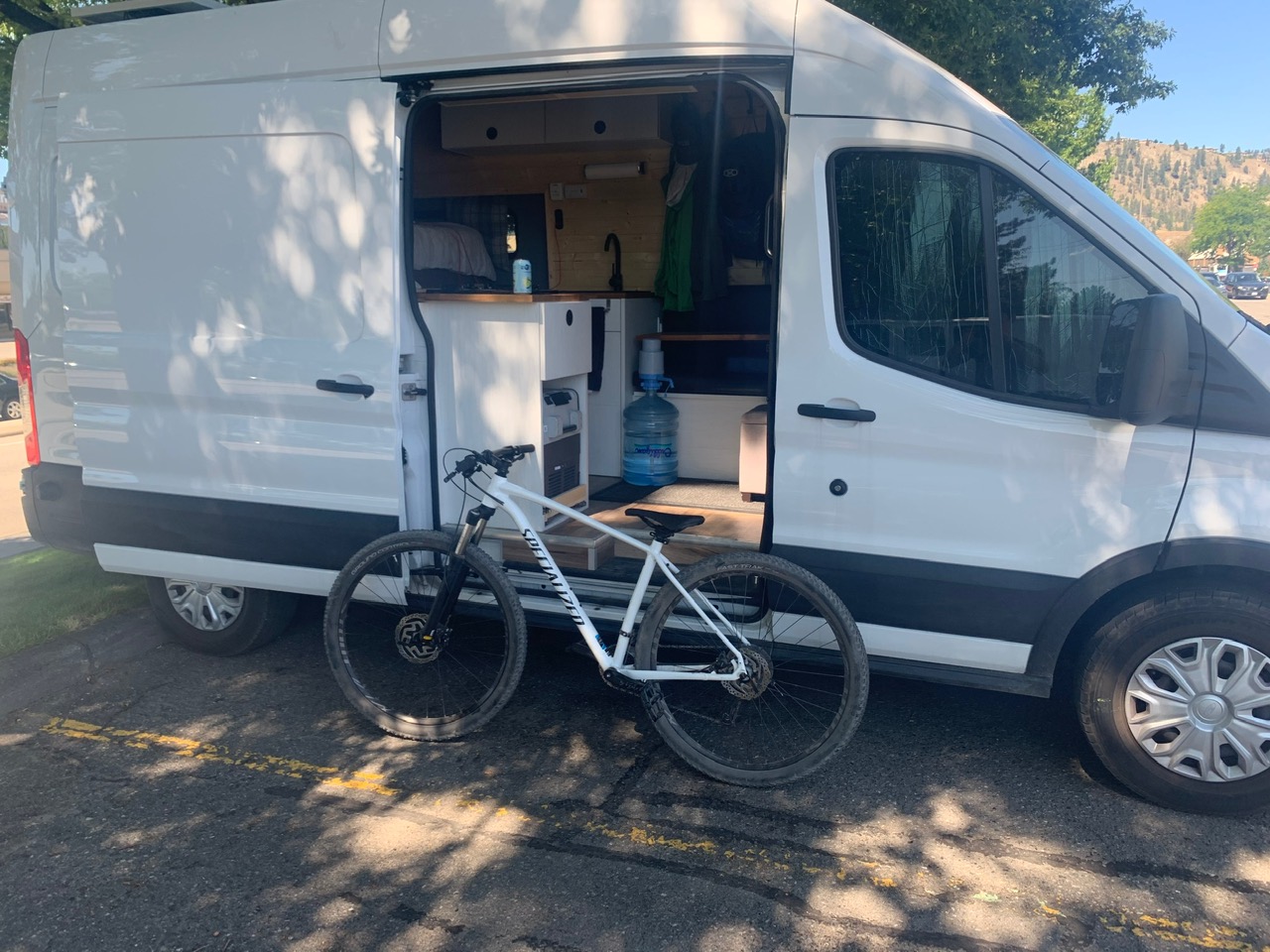 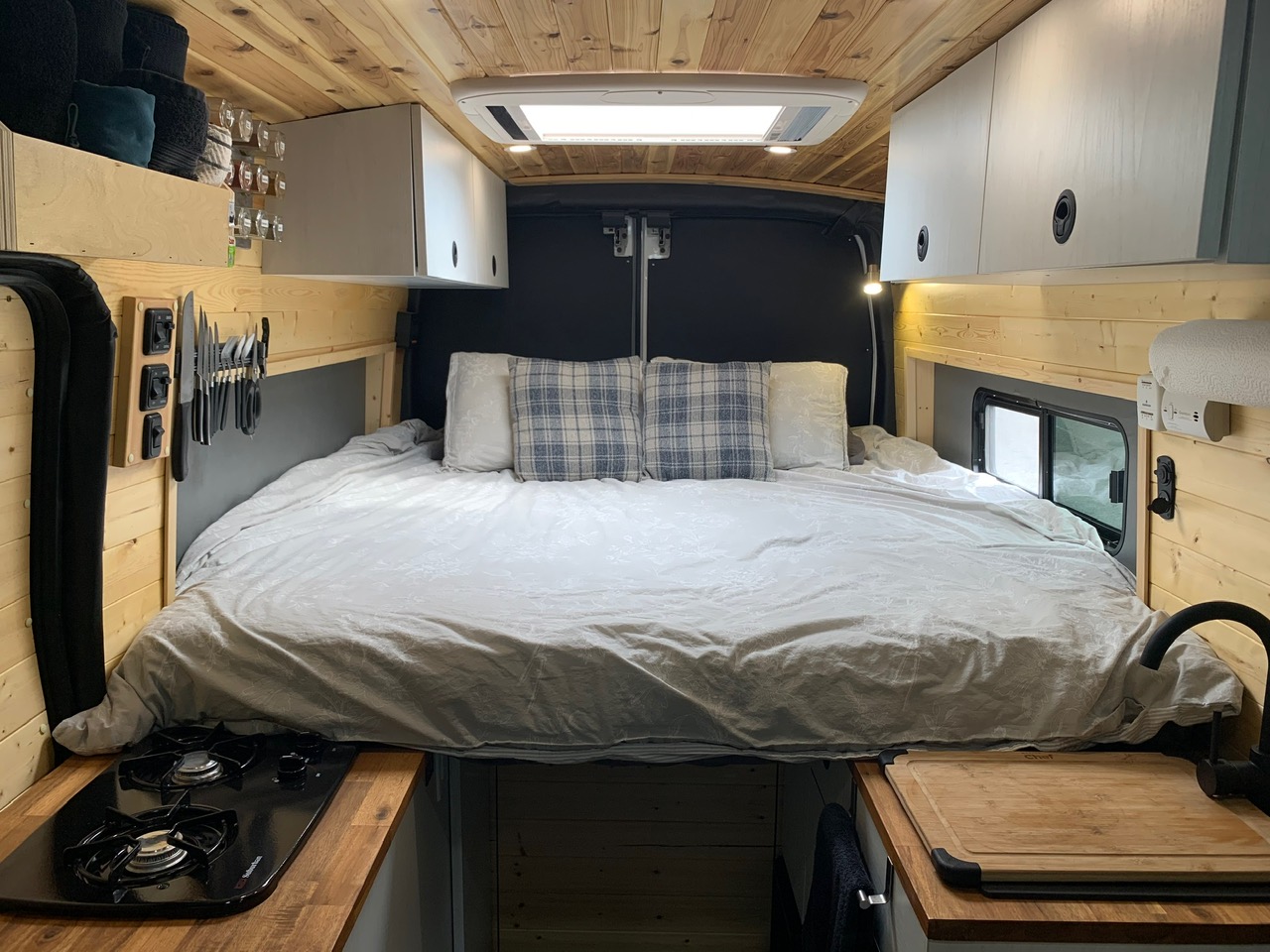 “I first wanted to do it when I was 12 or 13,” he said. “I took a trip to Whistler, B.C., with my family and I saw all the ski patrol guys that work within Whistler Village. A good majority of them were living out of modified school buses and vans. They go on an adventure and when they come back their jobs are sitting there waiting for them. It was a free lifestyle, which was really, really inspiring.

“I talked to one of the guys who was running the zip line. He’s sitting there in his chair with some chili cooking beside him and a van behind him. He was the most wonderful person to talk to. He just seemed at peace. That was what sparked it.

“I’m really big on minimalism and really big into personal finance. I want adventure and I hate winter. So, I thought, ‘Well, if you’re into all that, then Van Life would be your best bet,’” he said.

Kehoe’s experiences living in a van sounds romantic, but he said there are downsides.

“It can be very lonely at times,” he said. “There’s not always somebody to talk to. I can phone people but you’re not seeing friends after work or getting together with your family on the weekends, because you’re halfway across the country.

“It is also a very cramped lifestyle. It doesn’t really affect me a great deal, but I know not being able to have everything they need on hand affects a lot of people.”

Whether it’s a necessity or a search for adventure, van life can be a huge transition for first, said Madison McNair. 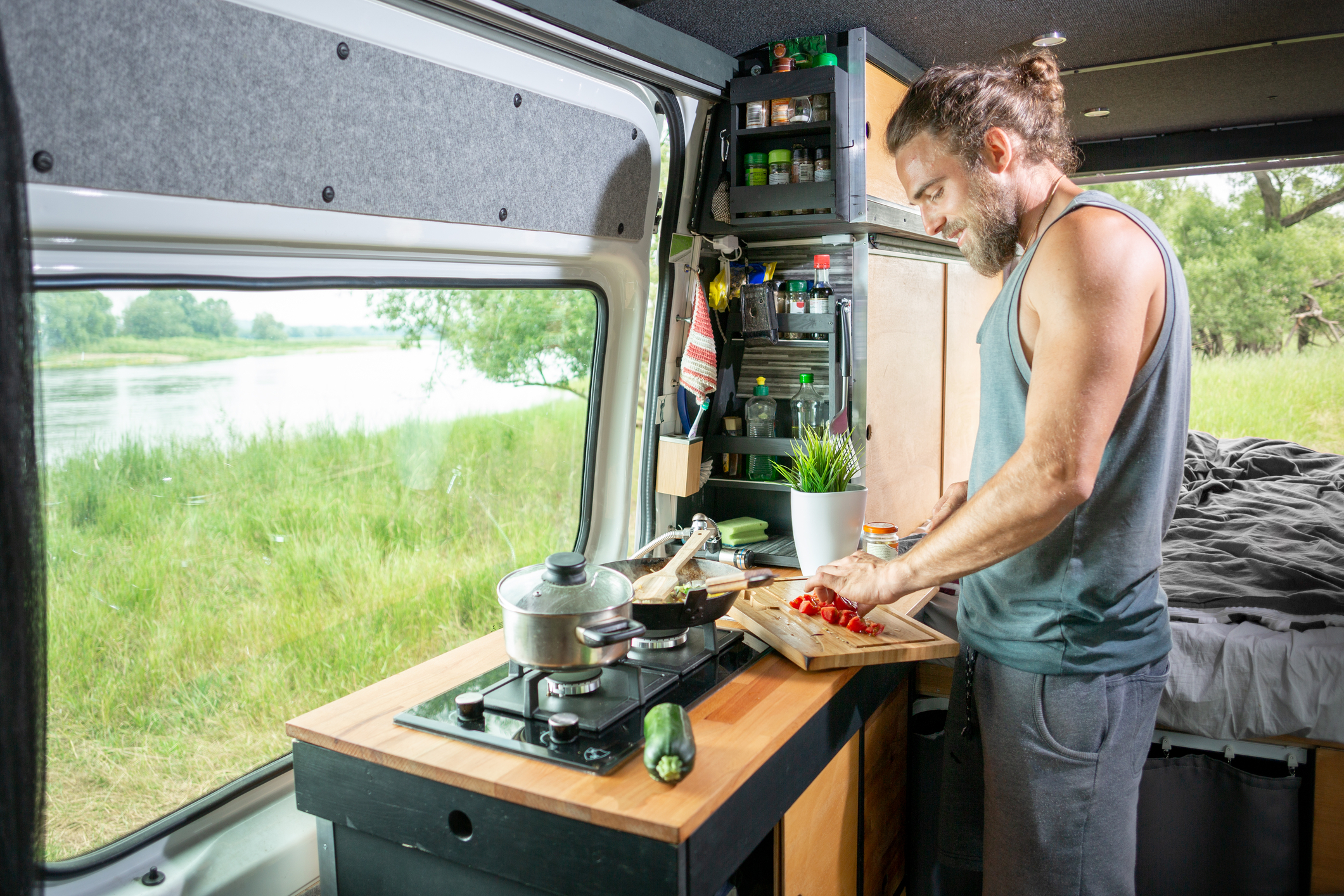 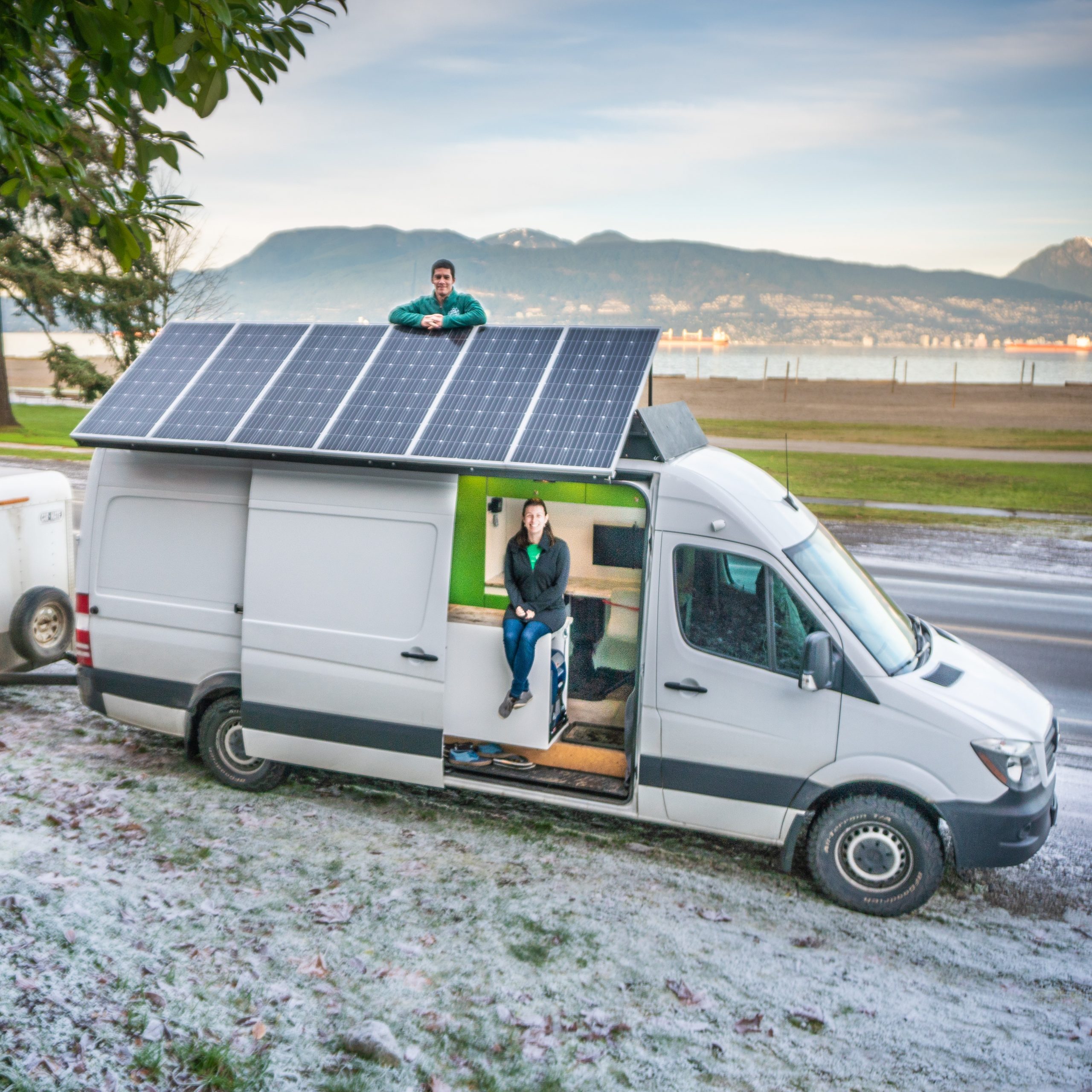 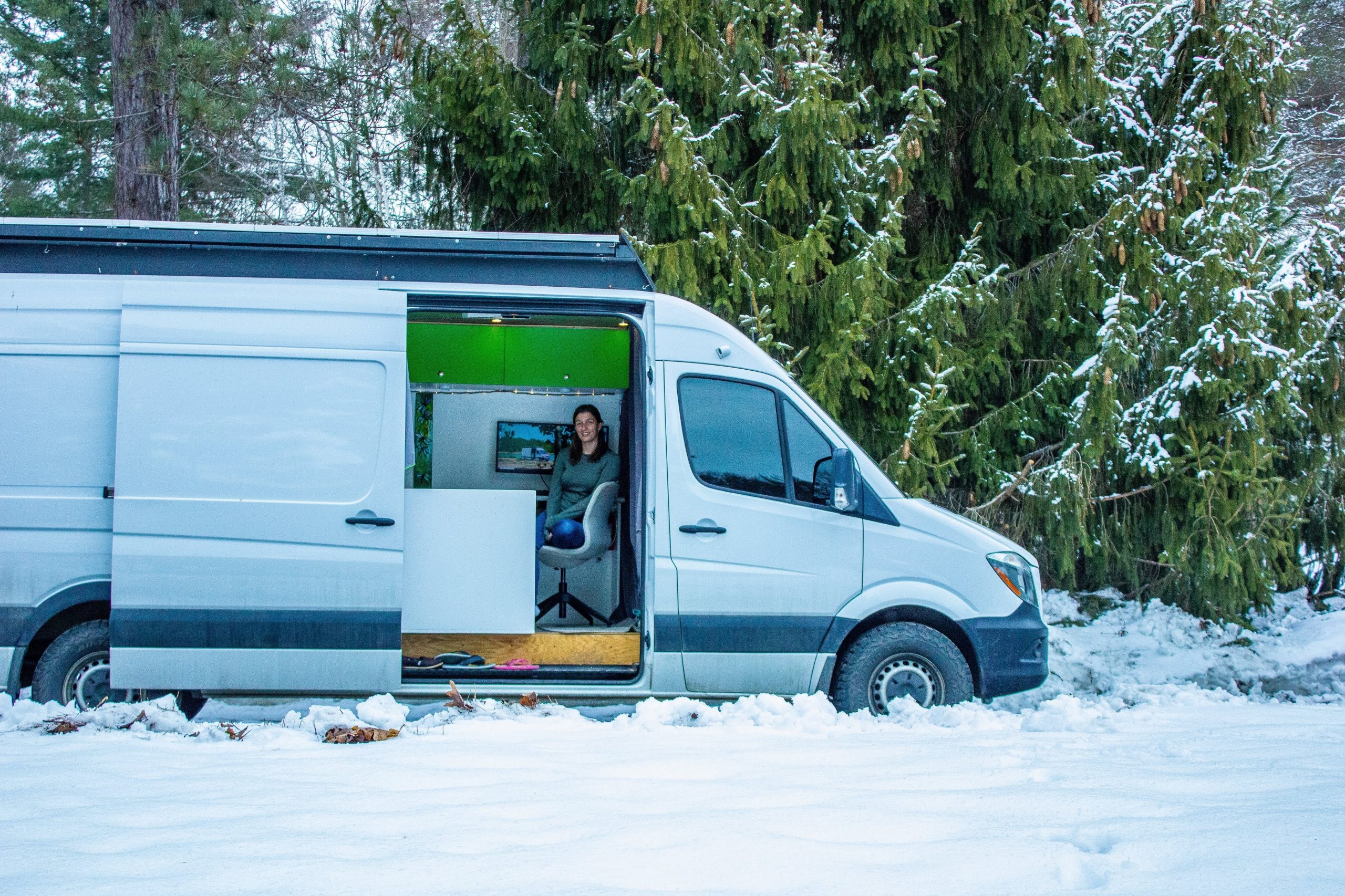 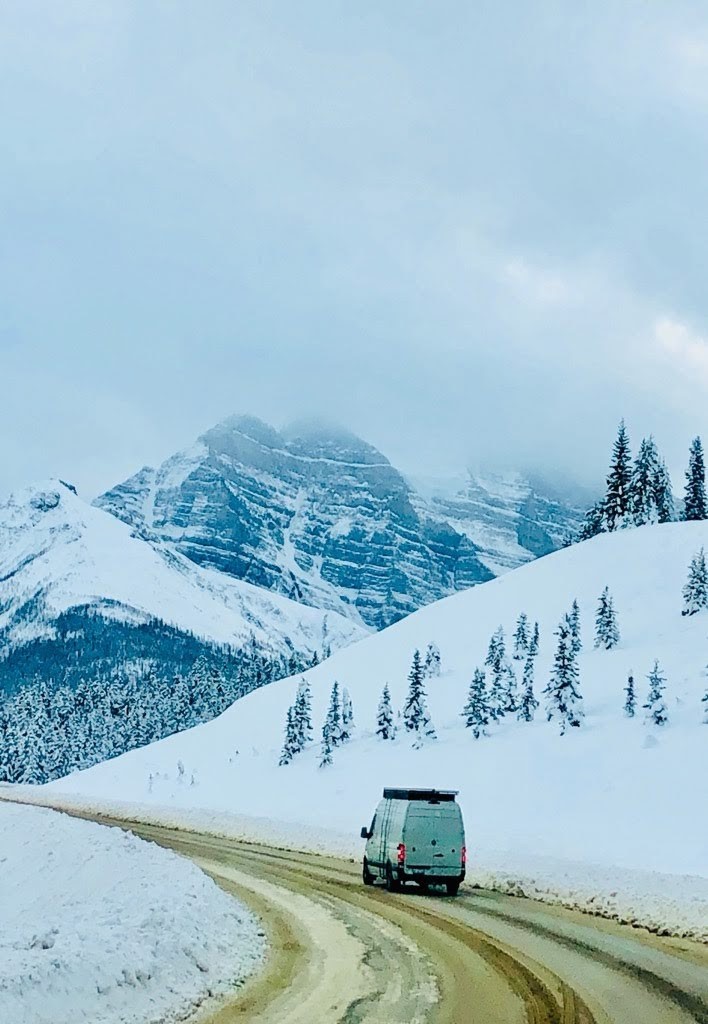 “In general people think they know what they’re getting into because they’ve watched YouTubers,” McNair said. “The truth is, YouTube was never designed to show you factual reality. It’s all about,

‘How long can I get someone watching? How many views can I get? How many clicks?’ Admitting how difficult or how overwhelming this life is isn’t a good way to get people to watch your video.”

McNair takes an unusual approach with first timers. She tries to talk them out of their decision. “You think you know what this is going to be like and I’m going to describe a different reality. If I can’t talk you out of it, it means you are suited to the lifestyle. You need to be wildly stubborn, wildly determined and ready to face an immense number of obstacles to actually do this.”

YouTube may not be a resource McNair recommends, but it is one of the main resources Kehoe consulted prior to committing to a life on the road. He said people should study Reddit forums like VanDwelling and RVLiving, and the YouTube channel CheapRVLiving, hosted by Bob Wells. Those sites teach the basics: where to take a shower, or how to make money and find jobs on your travels. Most important, Kehoe said, is experience. “You learn from other people,” he said. “And you learn from your own mistakes on your first time out.”

He also recommends iOverlander, a mobile GPS style app that allows users to submit information and opinions on places to eat, camp sites and repair services and safe areas to park overnight. These sites can guide you to areas where you are safe from risks such as getting towed. “There’s definitely a huge learning curve,” he said.

McNair said that van living does come with problems, but that is also part of the journey you will be going on. “If you believe that happiness is that temporary state-of-being you get from solving problems,” then this life may be for you she said. “Why are vanners so happy? Because there’s 15,001 problems for them to solve and nothing feels better than solving a problem.”

Madison McNair said vans can be converted for Canadian weather. “It’s not a question of if a van can be made four-season capable. It’s a matter of experienced labour and money,” she said. Her company, Ray Outfitted, recommends adding insulation to the vehicle, but she added that, “you will never achieve what you will achieve in a home. A house doesn’t have wind ripping around all four sides. So, you must contend with extreme heat, extreme moisture and extreme cold. That cold can be very dry like Calgary, or very wet like Halifax. What that means is that it is very important to have a heat source, very important to have ventilation and air flow in hot or cold weather.”