A quasi-fib led to Andrew Goodwin becoming Adam West’s agent, and the creation of a Canadian-made Batmobile.

Andrew Goodwin fell in love with the madcap 1966 Batman television show when he was two-years old and started watching it at his family home in Blackburn, England.  “There was nothing like it on TV,” he said. “You look at Robin and every young boy thinks, ‘I could be Robin, and I could ride around with Batman in the Batmobile.’”

Since 2018, his dream of hitting the street in his very own Batmobile, complete with its iconic lines and bat logo, has been a reality. But how did this super fan get behind the wheel of one of pop culture’s most iconic armored vehicles?

His story begins with a fib.

Goodwin was a 24-year-old talent booker when he lined up at a car show in Toronto to meet “Batman” star Adam West and sidekick Burt Ward, who played Robin. A head or two taller than the eight-year-olds who made up most of the crowd, he stood out. 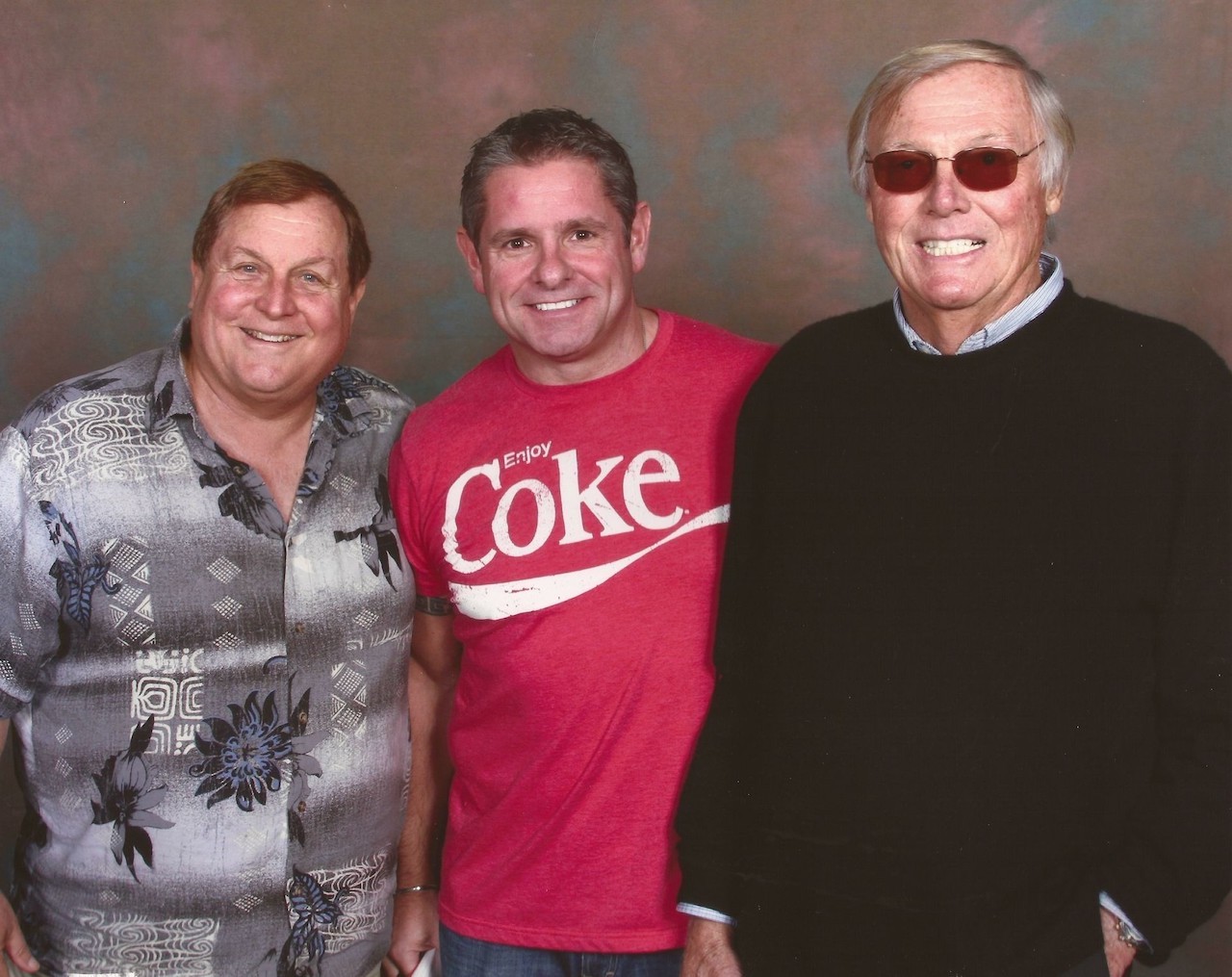 “As I got to the front of the line, they took a break. Adam saw the disappointment on my face and pulled me aside. He took me backstage, which, as a big fan, I was thrilled about,” he said. “We started chatting and he said, ‘What do you do?’ ‘Well, I’m an agent.’ And he said, ‘You know, I’m looking for an agent to book personal appearances.’ I said, ‘Well I do that.’”

They exchanged phone numbers and agreed to touch base in three months when West returned from a European trip.

“I guess it was a quasi-lie. I was an agent. I just wasn’t an agent for anything like that,” said Goodwin. “Every day for three months I went to the library and read up on how to be an agent. How to book Hollywood talent. How to deal with them and write contracts and stuff. When he got back three months later, I had three bookings for him, and it started from there.”

Over the next few decades Goodwin, who has lived in the Niagara Region, realized that getting a Batmobile to Canada to use at West’s appearances was challenging, so he had a road-legal version custom built from scratch. 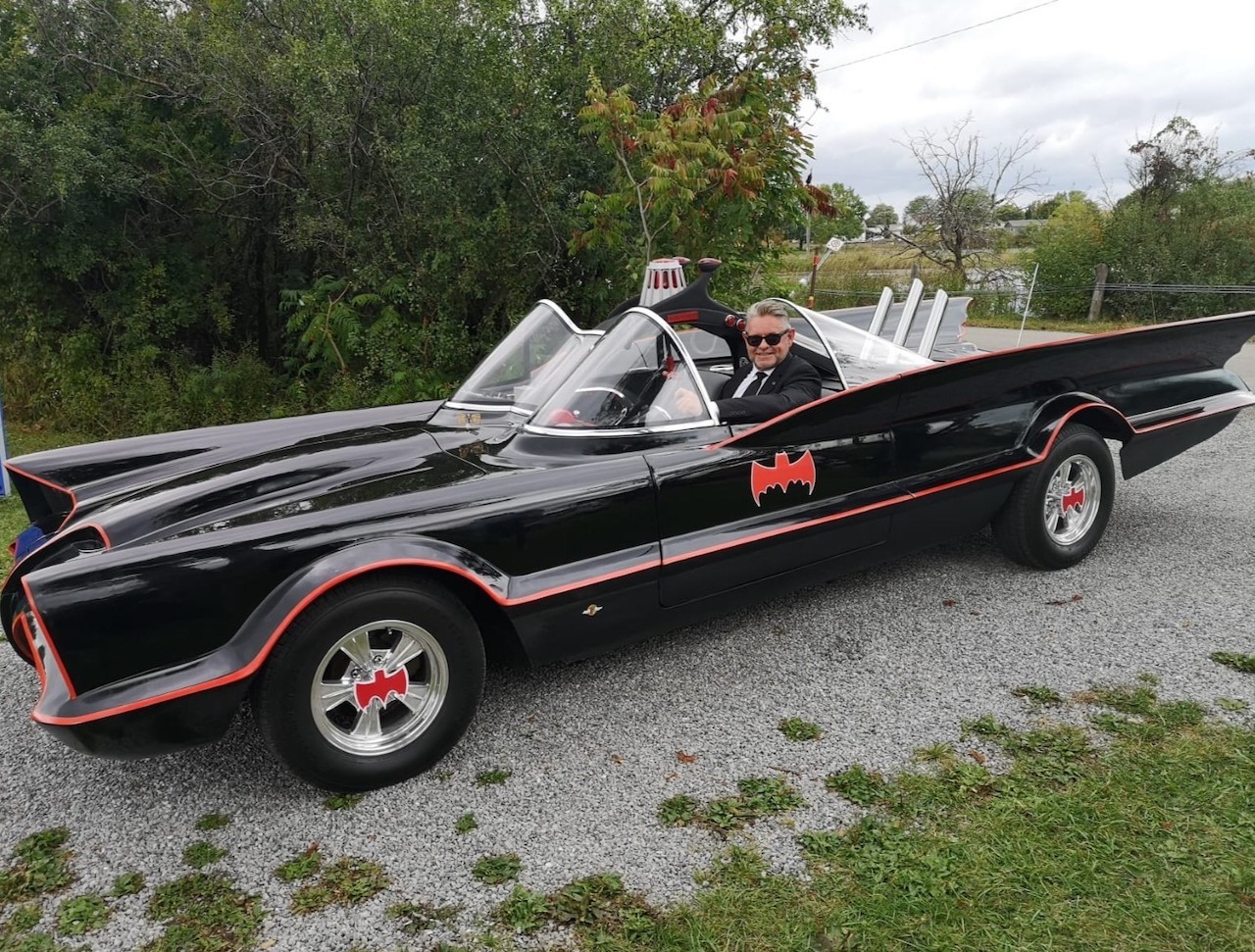 “The idea was to use it for shows with those guys and then I’d have it as my own,” he said. West, however, passed away in 2017 from leukemia before the car was complete. “We never got to use it but It’s not something that I keep in my garage. I drive it. I let people enjoy it. It takes them right back when they see that car and it’s pretty much as close as you can get to the original.”

The construction took six years to complete and was built by a private builder on the West Coast and finished by a team in Caledon, Ont. It includes details like the classic flashing Bat Phone, the Detect-A-Scope and Emergency Bat Turn Lever.

“It’s not like you can go to your local Canadian Tire to buy a part for 1966 Batmobile,” said Goodwin. “Everything had to be fabricated. Mine is built on a 1978 Lincoln Continental and all that’s left is the chassis and drive train. The support for the body and everything all had to be custom made.”

At 19 feet in length, it’s not an easy car to drive. But the trickiest part of cruising down the highway in a Batmobile is the reaction it gets from other drivers. 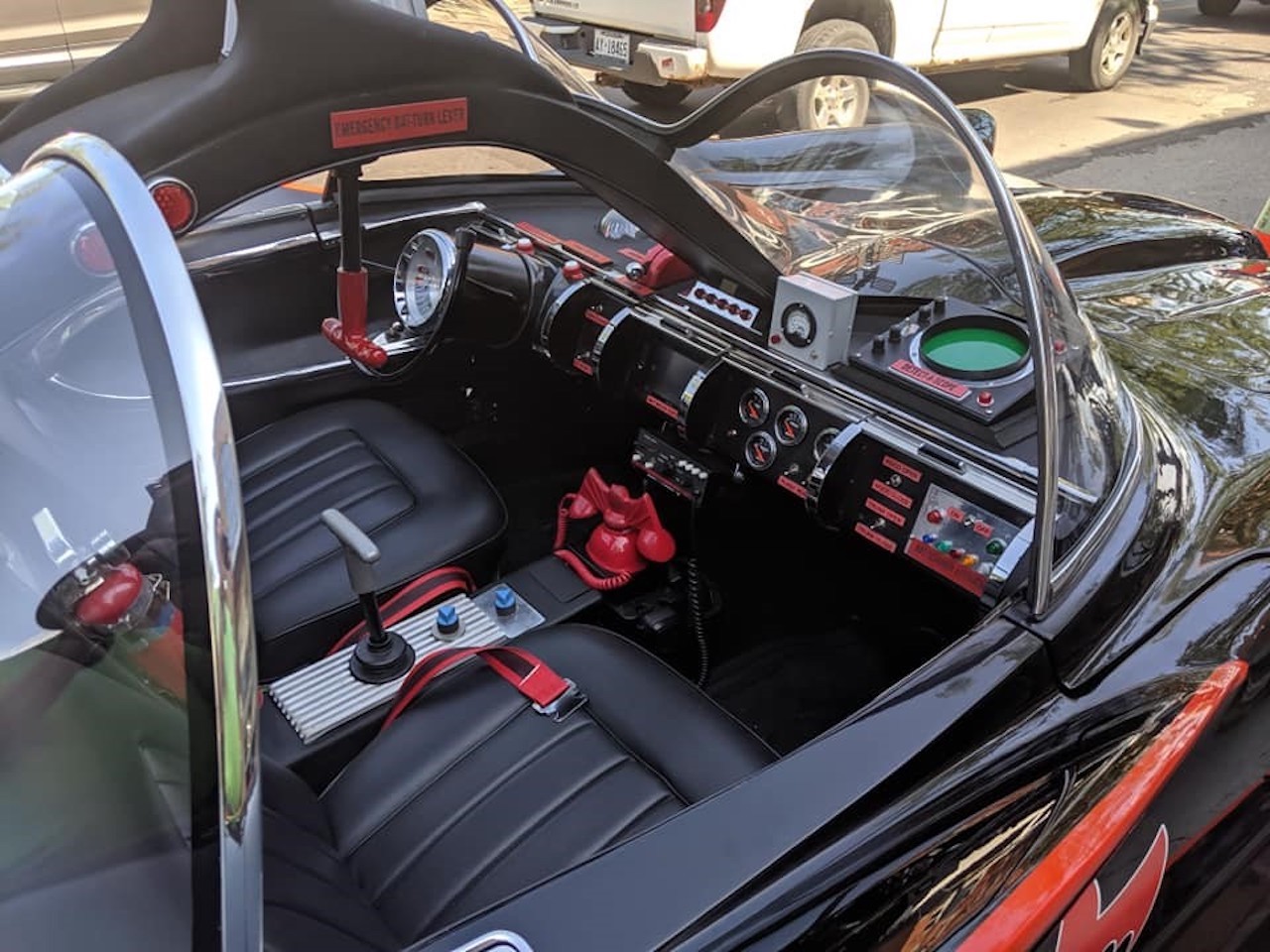 “The negative side is often, as cars pass us, you’ll hear a screech and a bang, because they’re staring at the car as it goes by, not paying attention to the guy in front of them, who is also stopped to stare at the Batmobile and they rear end each other,” Goodwin said.

Defensive driving aside, the positives outweigh the bad. “Ninety per cent of the joy of having that car is watching people’s faces light up when they see it. It draws a crowd wherever it goes. To think a piece of metal can bring people such joy is amazing.”

Goodwin is always happy to talk about his Batmobile and his long relationship with the “Batman” folks. “To this day,” he said, “we’re still a very tight knit family and stay in close touch. We still keep in touch Adam’s family, now that he’s passed.”

Just don’t ask him how much it cost to build his Batmobile.“I think if I told my wife, she might either divorce me or want something of the same value,” Goodwin said. 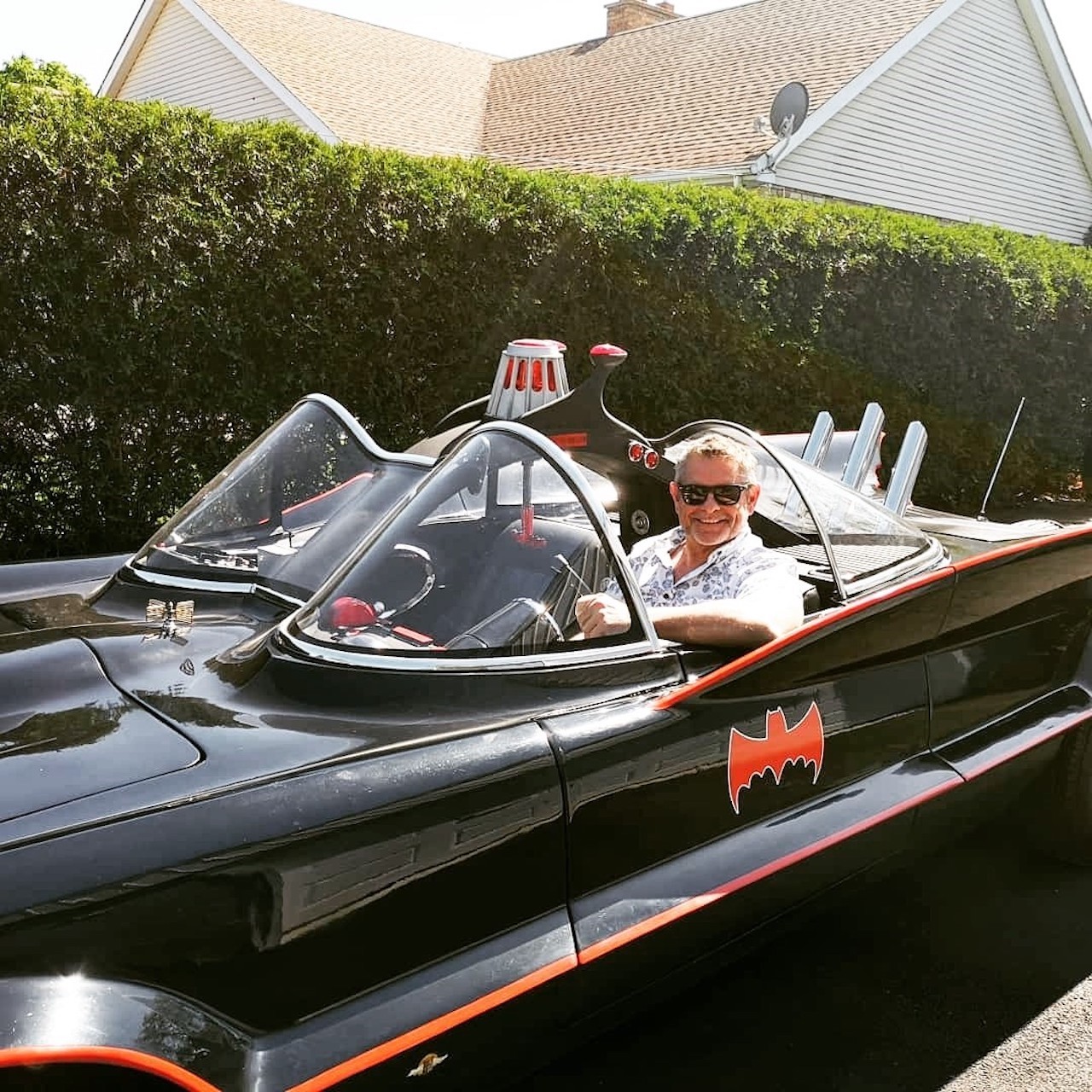