The world’s “oldest startup”, Hispano Suiza, is back with a stylish electric hypercar called the Carmen.

I was at the 2019 Geneva Auto Show when Hispano Suiza, a French/Spanish carmaker that hadn’t released a new car in almost a century, unveiled the Carmen. It was an all-electric hyperlux grand tourer that paid homage to the H6B Dubonnet Xenia, one of the most elegant and luxurious vehicles built by Hispano Switzerland in 1938. The Carmen drew its name from Miguel Suqué Mateu’s mother, the founder of the company.

Flashy new supercar reveals at a Swiss auto show never come as a surprise. Geneva is known for its flamboyant presentations, high-dollar vehicles and celebrity appearances. Sadly, some of these boutique start-ups die at the conceptual stage, failing to become sellable products.

But when the Carmen was unveiled, it sat in the middle of a trio of heavy hitting upstart electric super machines alongside the Chinese-built Arcfox GT and GT racer. What these cars all had in common was that they were powered by a drivetrain provided by QEV technologies, the Spanish specialist that made its business developing and supplying EV components for road and race applications, with an active presence in Formula E.

In other words, there was serious performance and viability backing up the Carmen’s jaw-dropping design.Did the Carmen end up working for Hispano Suiza? Turns out it did. The company even wants to expand its lineup, and eventually sell cars here in Canada. We sat down with Sergio Martinez Campos, the CEO of Hispano Suiza, for some insights on the company’s aspirations. 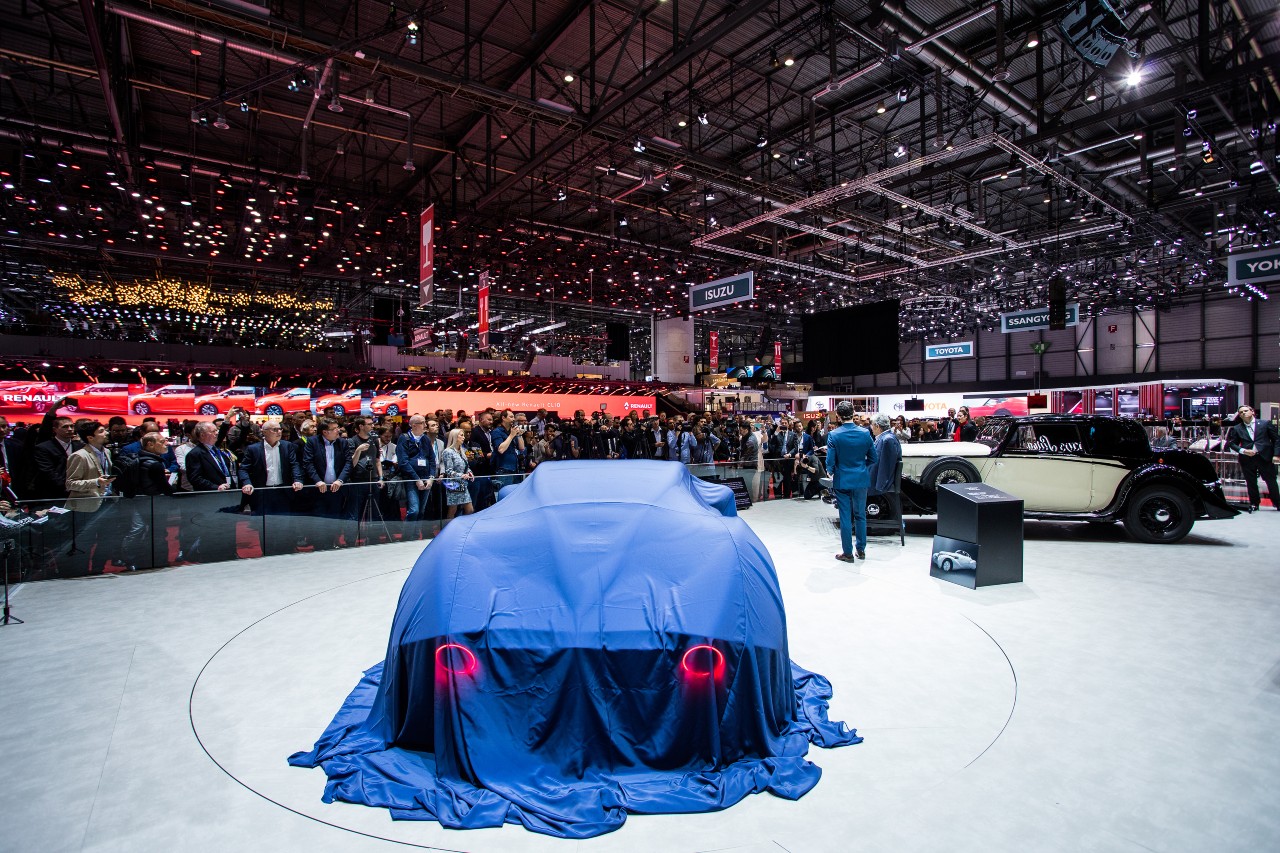 When exclusivity plays in your favor

Obviously, Hispano Suiza doesn’t expect to outsell big name carmakers, or even niche supercar builders during its first years of being back in business, but that’s also the goal. Only 25 Carmens will be hand-built in Spain through the company’s curated Dream One customization program. Six of these examples are the even more exclusive Carmen Boulogne, a lighter, faster and even more performance-oriented variant.

It takes anywhere between six to nine months for a Carmen to be built depending on the kind of customizability the customer asks for. This limited production attitude grants Hispano Suiza more time to grow as a company and settle itself within the market.

Before I go into the details of how this tiny carmaker plans on spreading its wings worldwide, allow me to give you a bit of a crash course on the limited production Carmen and its specifications. With a $1.7 million price tag, it’s not exactly attainable, which also helps it remain rare. In this category of vehicles, exclusivity and eccentricity are at the top of the target consumer’s list of priorities. Tired of pulling up at a casino in Monaco in the same old Bugatti? Try a Hispano Suiza on for size. It’s that kind of exclusivity the company is trying to capitalize on.

While the Carmen borrows electrical and mechanical components to QEV technologies, Sergio Martinez Campos tells us the entire car is a Hispano Suiza effort. The design, chassis, suspension tuning and even the calibration of its electrical systems were all done in house. 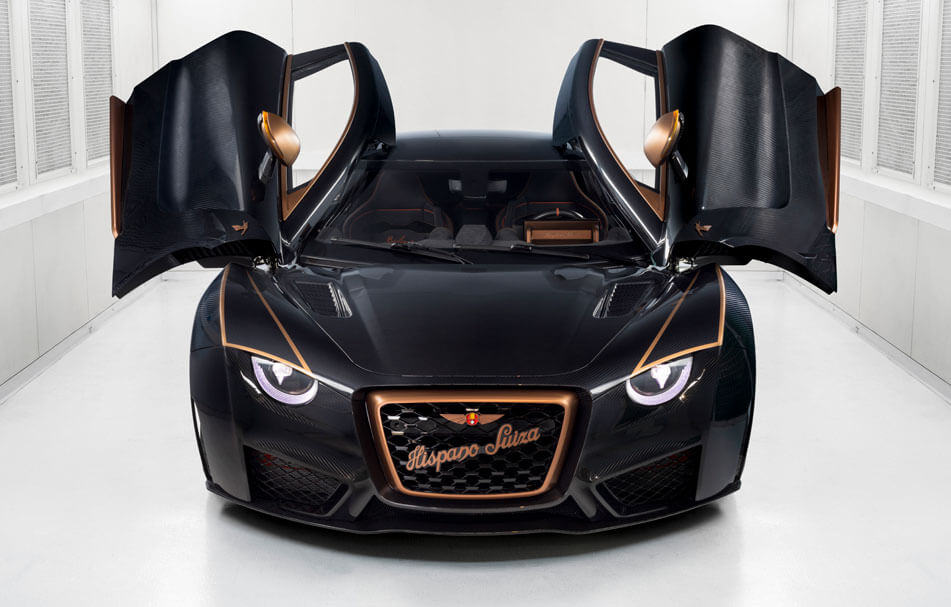 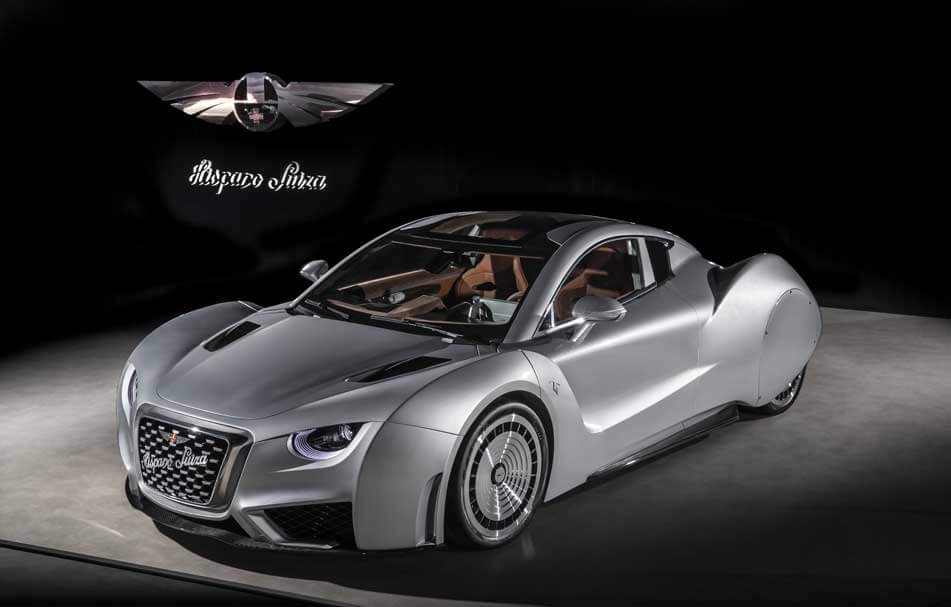 Sitting in a T-shaped configuration within its carbon monocoque chassis is an 80-kWh lithium polymer battery pack that powers two rear-mounted electric motors. A trio of radiators keep the 700-liquid-cooled cells in check as they send up to 750 kW of power to both motors. That’s the equivalent of 1,005 horsepower and more than 700 lb-ft of torque. Range is rated at 450 km as per WLTP standards, or just over 350 km if the Carmen were submitted to EPA testing.

As we write this, Hispano Suiza is preparing an upgraded battery pack for the Carmen, with a maximum capacity of 105 kWh. And thanks to a carbon fiber battery housing, owners will be able to interchange the battery pack as new ones are offered.

The result of all this hardware is a 0-100 km/h time achieved in just under three seconds and an electronically limited top speed of 250 km/h. Even if the Carmen is rear-wheel drive, it accelerates as fast as some of the quickest all-wheel drive performance EVs currently on sale.

Obviously, the Carmen’s tour de force isn’t performance, but the way it looks on the road, and the experience of luxury and craftmanship it provides its driver. No other automobile has such a striking presence on the road. There’s a beautiful blend of pre-war art deco and modern industrial design in its styling. The tapered rear, with the integrated circular taillights and covered wheel arches harken back to the original H6B Dubonnet Xenia, an automobile seen today as one of the most gorgeous pieces of automotive artwork ever created.

It took 82 years for Hispano Suiza to build another car. We ask, why now? Why suddenly show up with a new model, a building process, and a strangely aggressive business plan at an age when the auto industry is oversaturated with high-end performance offerings?

Mr. Campos explains that Miguel Suqué Mateu, the president of Hispano Suiza and the great grandson of the brand’s founder, has been looking for a way to honor his family’s legacy for quite some time now. He was simply waiting for the right time to it.

He believes that because the automotive industry is currently going through a renaissance thanks to new electric propulsion systems, Hispano Suiza believes that there could be no better time than now to relaunch the company.

“Now is the perfect time. Electrification opened the door to new possibilities and a desire from consumers to explore new automotive brands. Hispano Suiza offers all of this, with the added bonus of high-end exclusivity, a unique family legacy, stunning design and race-proven EV technology to back it up” – he said.

He went even further by stating that he believes we are slowly witnessing the return of coachbuilding, which was at its peak during Hispano Suiza’s golden years. “As we move into the future, more and more car companies will be utilizing shared platforms and battery technology. What will allow a carmaker to set itself apart will be styling, customization and the overall experience that’ll come with a vehicle,” Campos added.

What’s next for the company, and, perhaps more importantly, will we ever see a Hispano Suiza drive on Canadian roads? The answer is yes, says the company’s CEO. “The Carmen is homologated for North-American use and we have already begun delivering cars to Mexico and the U.S. Canada is definitely on our target as well. If you’re interested in purchasing this car, we invite you to sign up to our Dream One program on our website, and one of our brand ambassadors will get in touch with you”.

It’ll definitely be interesting to see how Hispano Suiza plans to grow as a niche carmaker in a much more digital world. We’re also genuinely curious about the kind of new products that will spawn from what the company’s CEO likes the call, “the oldest start-up in the world”. One thing’s for certain, with a solid EV foundation to back it up, as well as an intensive implication in racing, this miniscule Spanish shop seems more ready to take on the future than some big-name carmakers.