The throwback Heritage Edition Package shows up about a year after Shelby GT350 received a slew of upgrades.

Sloppy dates that we are, most gearheads are suckers for a good hit of nostalgia. Whether it’s the triumphant return of a vaunted nameplate or a classic trim level being affixed to some current car, automakers know that there will almost always be a buyer for an appropriate historical callback.

For 2020, Ford is jumping into this arena with both feet, producing a limited run of Heritage Edition fastbacks finished in classic Wimbledon White with Guardsman Blue side and over-the-top race stripes. This is in a nod to the 1965 GT350 competition model developed by Carroll Shelby. You may have heard of this man, along with hotshoe Ken Miles who made the Shelby GT350 an instant legend when he drove it to victory at Green Valley Raceway in Texas on February 14, 1965. They also had something to do with a little car called the GT40 and some race in France.

Ford claims that the United States has sported blue and white as its assigned international racing colors since the 1950s, a revelation which is surely news to the flags of Scotland and Finland. Nevertheless, these Heritage Edition cars will prominently feature these two colours, including front and rear exterior badges finished in Guardsman Blue plus a unique dash badge inside. Sadists who buy the GT350R models will enjoy all-black seats with red accent stitching.

“Looking back on it, what Ford and Carroll Shelby created back in the mid-’60s was so important to Mustang,” said Jim Owens, marketing manager for Mustang. “With their authentic exterior livery, unique appointments, and performance Ken could have only dreamed of, the Mustang Shelby GT350 and GT350R Heritage Edition Package vehicles are a meaningful tribute to the legacy of the Shelby brand.”

The throwback Heritage Edition Package shows up about a year after Shelby GT350 received a slew of upgrades, including a revised front chassis geometry for improved steering feel. Engineers also fiddled with the antilock brakes and tuned the MagneRide dampers to help sort out ride, stability, and handling characteristics on both road and track. The almighty R gets a redesigned high-trail steering knuckle cribbed from the GT500 for 2020, plus a new steering rack and recalibrated electric power steering.

The Heritage Edition Package is available for ordering at Ford Canadian dealers now, adding $2500 to the sticker price of a 2020 Mustang Shelby GT350 or GT350R and untold thousands to the Barrett-Jackson hammer price in forty years. Production will kick off next Spring. 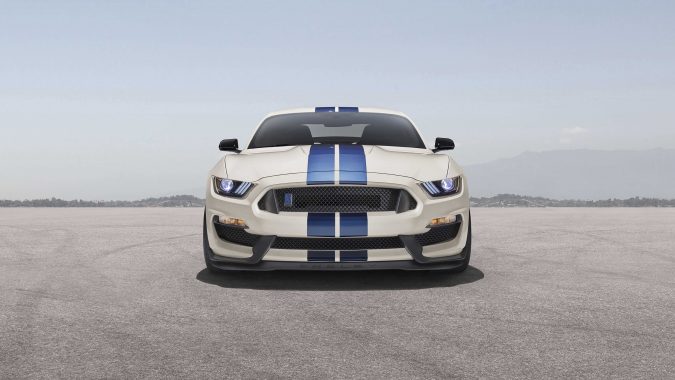 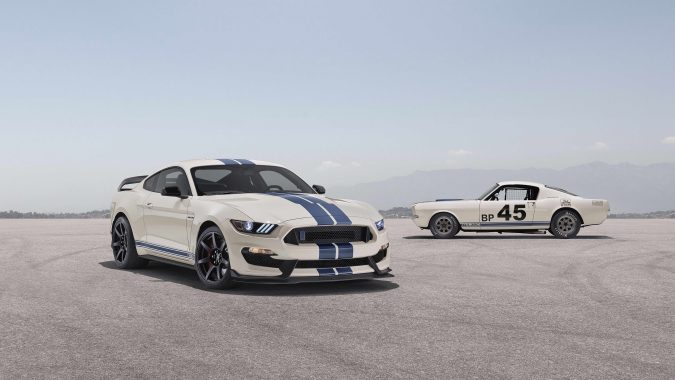