We won’t be racing for a while yet, but new measures mean lapping can begin safely.

For once, motorsport is falling on the lucky side of the coin: because of its inherently solitary nature, lapping days are among the first activities to resume as the COVID-19 restrictions are lifted across the country.

The dates are different depending on where you live. In Ontario, for example, track activity has been permitted since stage 1 of the province’s recovery plan was implemented on May 19. Competitive racing hasn’t yet picked up, though revised calendars are pointing to late July and early August. For now, lapping days are your fastest route to getting back on track.

Some facilities opened right away – and opening day at Toronto Motorsports Park made headlines for the mayhem that ensued as participants vented their frustration – while others waited longer to ensure they had the right protocols in place and are opening for the season in the first week of June. Many of the earliest days are already sold out, including DriveTeq’s opening day at Canadian Tire Motorsport Park on June 1.

“I think there’s a fair bit of pent-up demand and people would like to get out,” says Rick Morelli, co-owner of DriveTeq, a driver education and coaching business. “I didn’t want to turn people away, so we took the opportunity to (run again on) June 4th also.”

Morelli says that one of his primary missions will be to remind people that yes, hygiene and distance management are important, but so is driving in a manner that’s safe and respectful.

“Let’s not forget that we have to drive the cars properly,” Morelli says. “We didn’t communicate any disease on a day, but we sent five cars over the wall? That will not have been a success.”

John Bondar, the new co-owner of Shannonville Motorsport Park east of Belleville, took a couple of extra weeks to complete upgrades on the facility he took over late last year and is starting his season on June 1. Mapping out traffic flow patterns and laying physical distancing lines has also dominated his time. 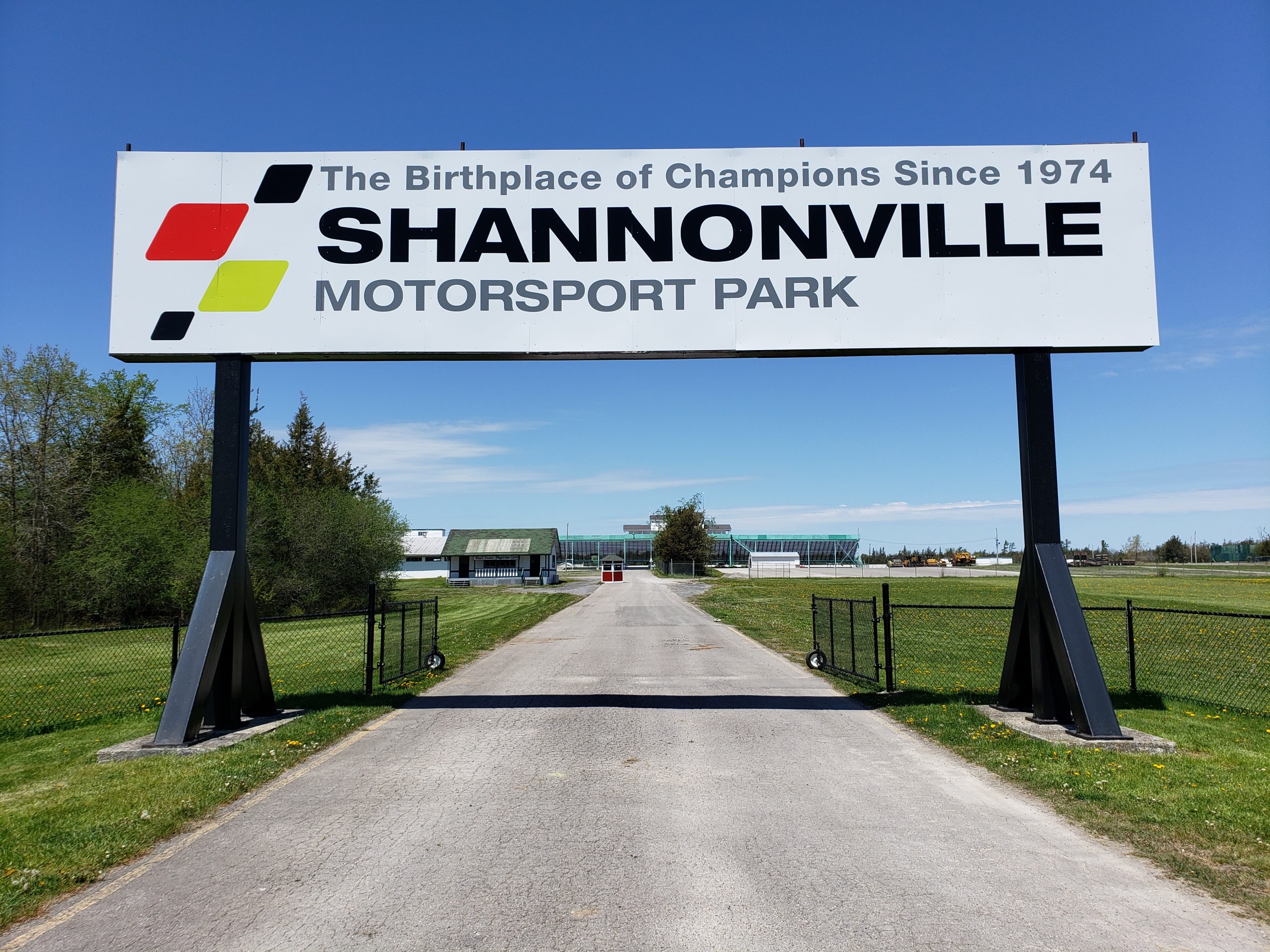 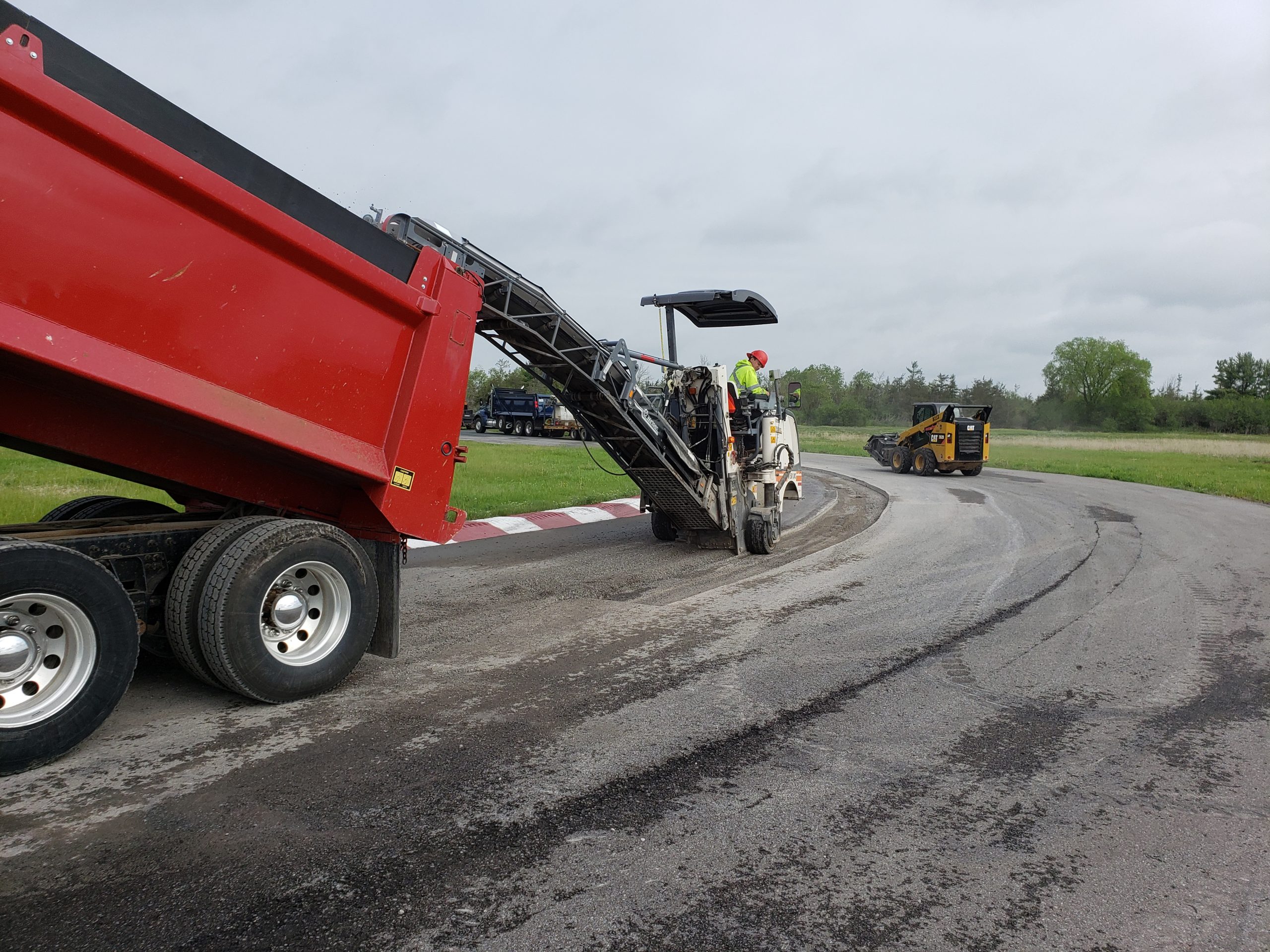 “It’ll be cones everywhere,” Bondar says. “Cones at the washrooms, cones at the snack bar, cones to go on the track, cones to steer people that go this way and not that way.

“We chose to spend a little more time on our renovations and also some time putting a number of protocols in place so that we’re more comfortable with how things will flow when we see our first customers.”

As racetrack activity picks up in Ontario and Quebec in the coming days, and the rest of the country is either already there or will follow suit shortly, you’ll find that your favourite lapping days will look a little different than you’re used to. Here’s what you can expect.

You’ll be driving alone. By now, all of us are familiar with the concepts of physical distancing and handwashing. Organizers are agreed that we’re still not at the point where people should be sharing cars, so if you’re a complete novice, still need some guided instruction, or are trying to sign up with an operator you’ve never attended a track day with before, now is not the time.

“We’ve decided we’re not doing that,” Morelli says. “We’re contemplating, at least in the early stages, some follow-the-leader coaching. We’ll have a lead car and one or more following cars with some communication between the cars and then the opportunity to have pre-drive and post-drive briefings and debriefings at a social distance.

“But at this point, that’s not on the table.” 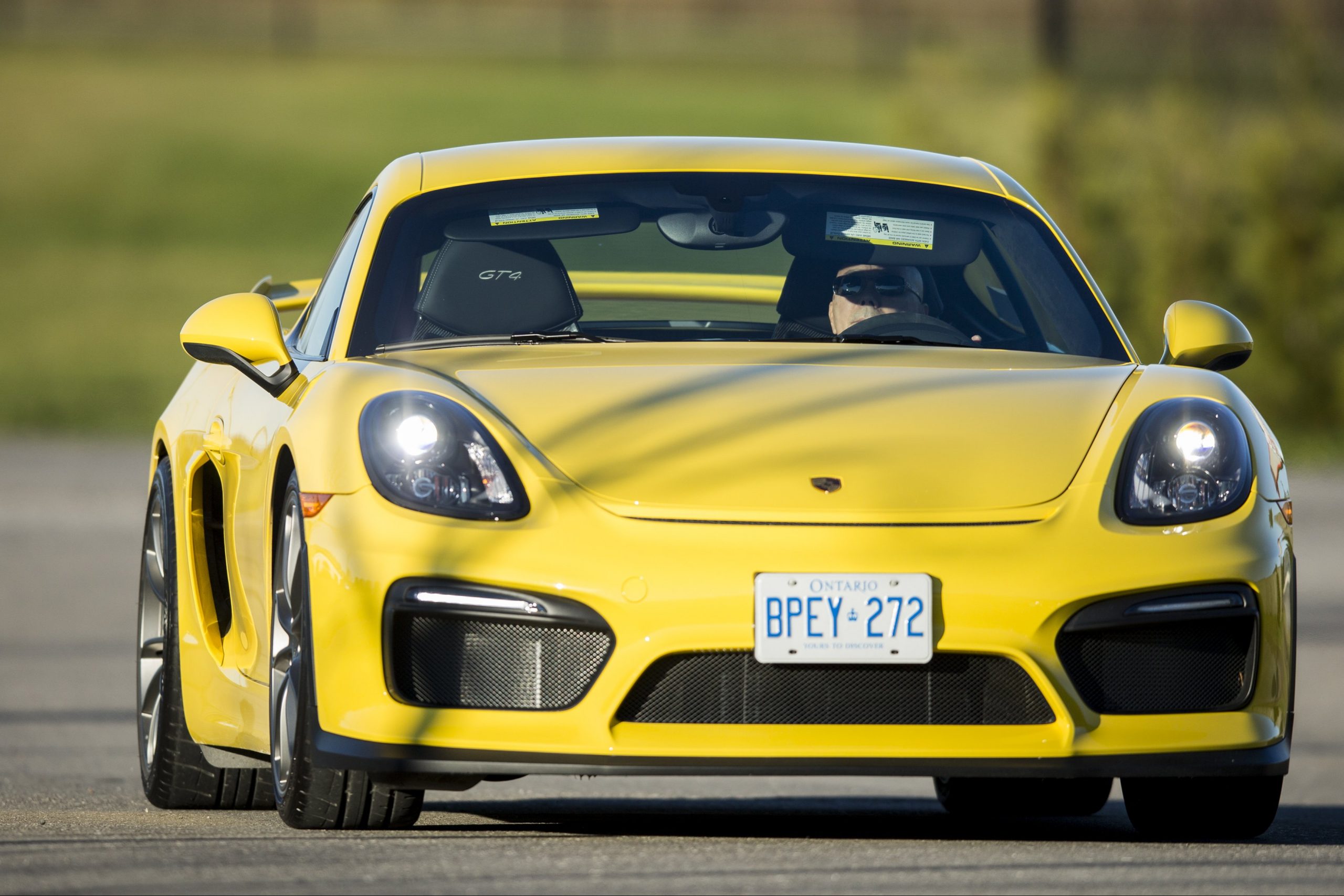 You’ll be in the paddock alone, too. Expect to have a much larger buffer around you than usual in the paddock, though Morelli says the nature of lapping days means this isn’t a dramatic shift.

“It wouldn’t be typical that you would have more than one or two people working on a car at a lapping day,” he says. “There’s no reason why people can’t generally maintain distance in those circumstances.”

Shannonville’s newly paved paddock area will be set up not only with distancing but also for easy in and out access to the track surface.

“We’re going to keep our pit lane closed,” Bondar says. “That wording can sound a little strange to a competitor. They’re coming into pit lane but won’t be able to stop at a pit stall. They will be directed back to their paddock area so that there’s no congregating.” 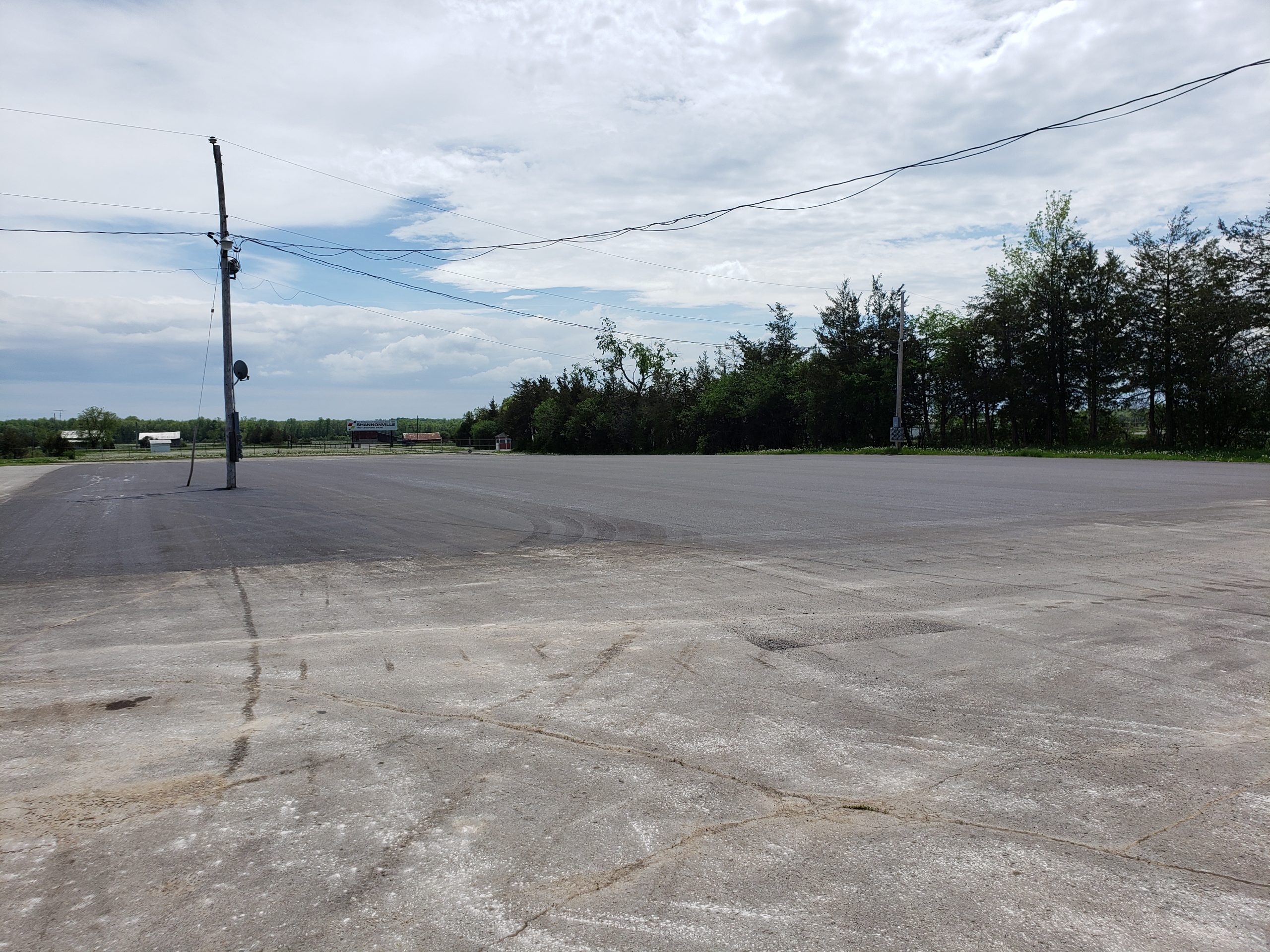 If you’re observing, expect lots of traffic management. Spectators are still not permitted at racetrack events. Bondar says Shannonville’s grandstand will be open, but it’s for use by attendees only.

“We’ll have signage to control flow up one staircase and down the other,” he says. “We have five staircases on the grandstand, so it’s very easy to stay apart because our grandstand holds 2,500 people. We won’t be anywhere near that.”

Richard Boake, who operates the Mosport Karting Centre at Canadian Tire Motorsport Park, says that his facility is open to members only and he’s implemented a system of two three-hour practice sessions per day to keep the paddock at half capacity. Karters can only set up in the paddock with members of their own households, and observation points have been placed at the fence line where on-track activity can be seen from a social distance.

“We’ve got numbered markers along the fence,” Boake says. “They’ll pick a spot along the fence where we have marked off 10-foot sections. They’ll always go to that same fence, and every dad is in his own 10-foot distance.” 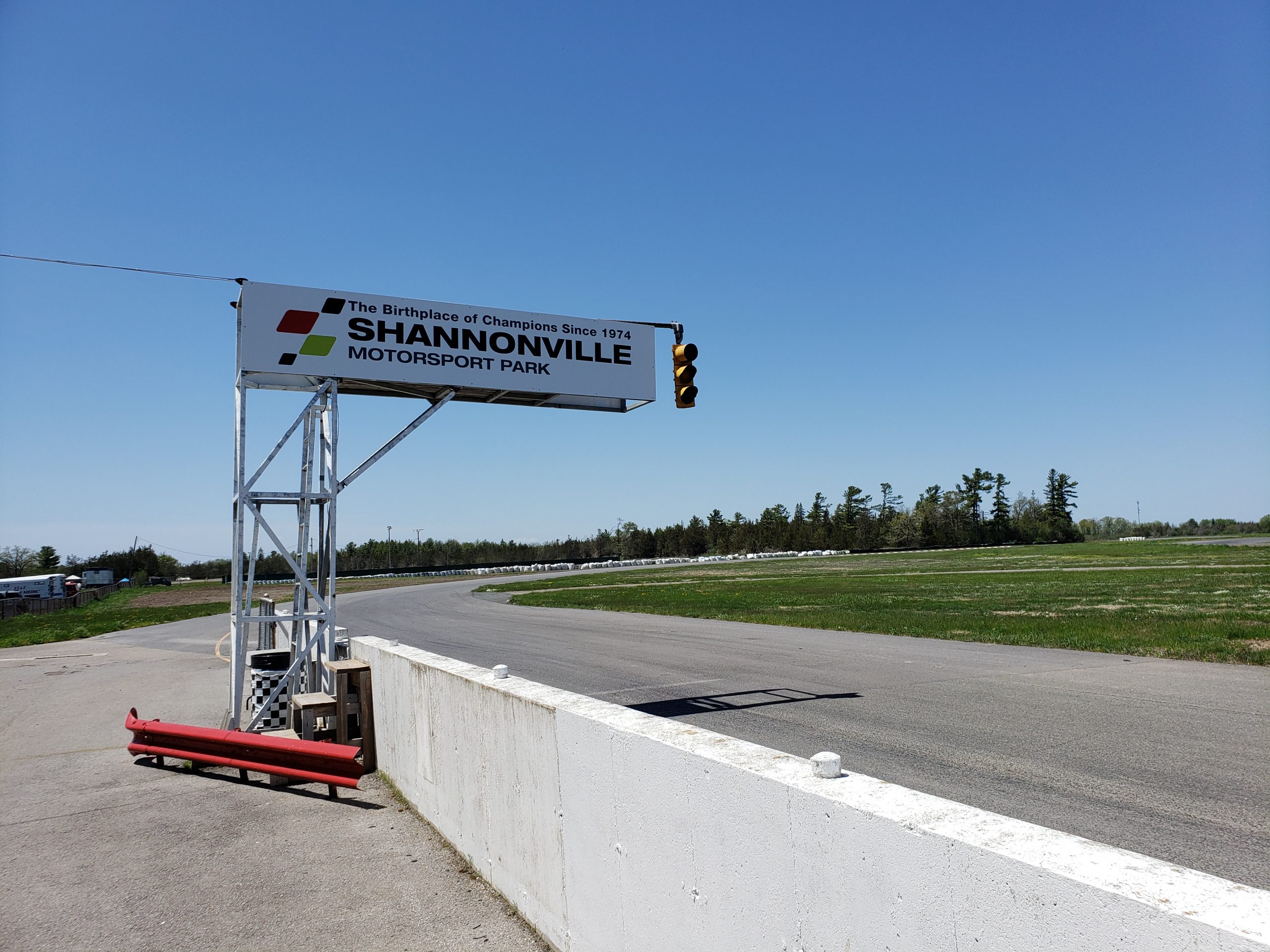 You’ll find more contactless systems than ever. Some facilities have moved to a fully online registration system, while others are implementing a contactless drop box system or other solution.

“We’re encouraging more online registration and payment,” Bondar says. “We’ve worked with our insurance company, and they are receptive to the idea of the electronic waiver. When people sign up, they get the waiver sent to them electronically, so they can sign it and return it electronically or bring it with them.

“Our registration centre has a veranda on the front, and it has a number of small windows. We can put two people in there comfortably and they can process people.”

The Mosport Karting Centre sells parts on-site, and Boake says a contactless sales system has been implemented so that participants don’t need to enter the building to make a purchase.

“If anyone needs parts, they call the phone number,” he says. “We bring it out directly to their trailer, and we have a mobile payment terminal that they just give us their credit card number and we can punch it in ourselves on the terminal. Everything is completely touchless.”

Your call to nature will be more solitary. Morelli says the protocol during DriveTeq’s track days at CTMP will be one person in each restroom at a time, while Bondar says he’s taken the approach of reducing overall restroom capacity at Shannonville.

“We’ve actually put permanent locks on some of the stalls,” Bondar says. “If more than two people try to go into a washroom area, they won’t get anywhere.”

You’ll need to bring your own PPE. Some operators will have spare personal protective equipment on hand such as masks, hand sanitizer, and gloves available as needed, but participants will also be expected to bring their own supply.

“(There will be) increased sanitizer, wipes, and that kind of stuff available,” Morelli says. “We’ll write everybody, and we’re asking them also to bring their own PPE – sanitizer, gloves, masks.” 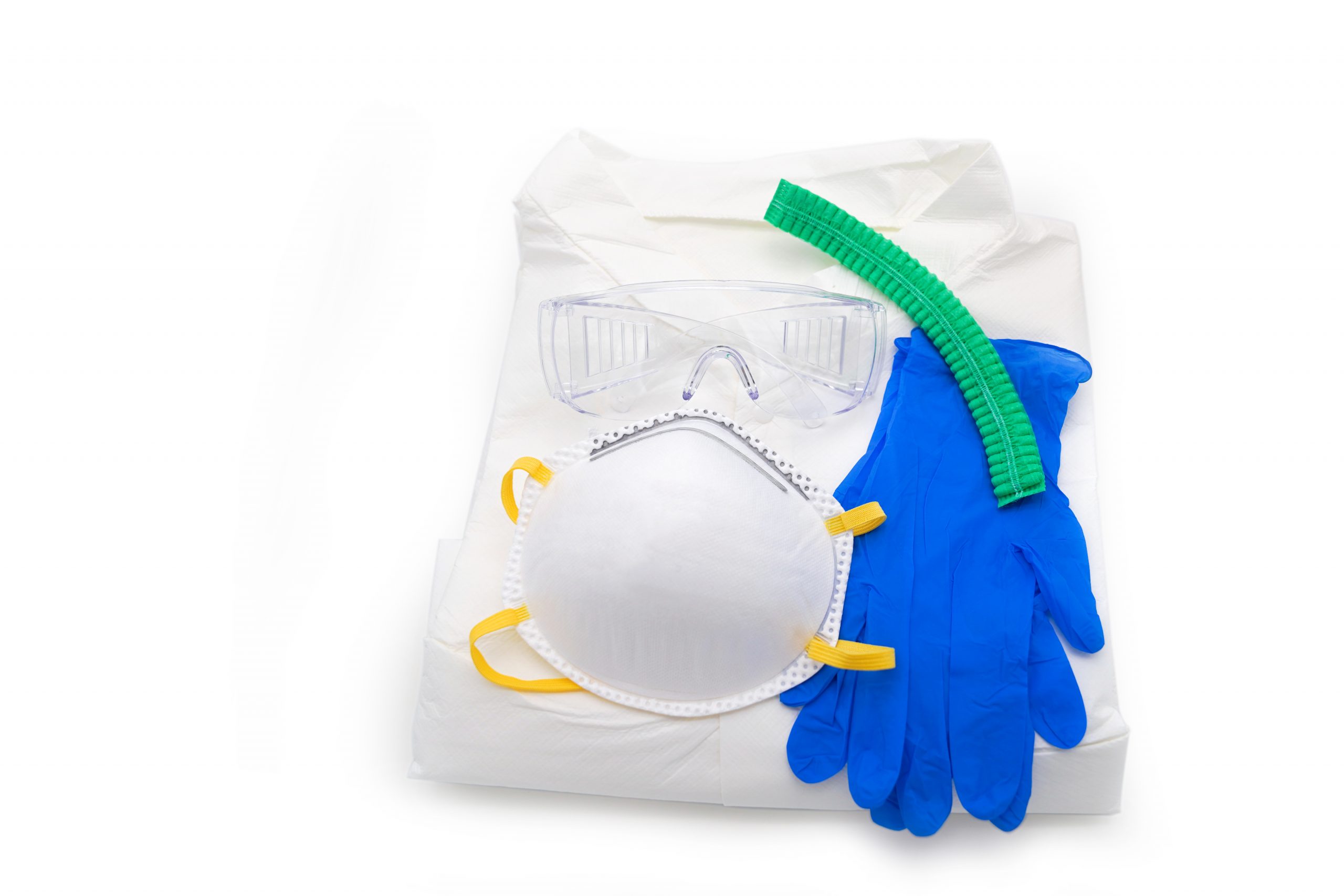 Expect buffet lunches to be left at the curb. It will be a long time before any of us will see a meal that requires any kind of utensil sharing or congregating, which means that buffets are off the table for the foreseeable future. Some operators such as DriveTeq are planning to provide boxed lunches for their participants, while lapping days operated by others may require attendees to bring their own.

Shannonville’s snack bar is already set up as outdoor at-window ordering, so that’s able to continue operating with spray-painted lines denoting the proper distances in the line-ups while people are waiting.

You won’t be staying overnight. If you live in a jurisdiction where camping is allowed, then your local track might be able to accommodate overnight guests. But in most provinces, including Ontario, camping is not yet permitted.

This makes things tougher for facilities that are located a longer drive away from major cities such as Shannonville.

“Camping is not permitted in the province of Ontario, full stop,” Bondar says. “People are freaking out. What am I supposed to do?

“We’re going to be careful and respectful, and we’ll get through this.”