VAIL, COLORADO – Hard to believe the GMC Yukon has been in the lineup of GM’s truck and SUV brand since 1992, but here we are almost 30 years later, and the full-size SUV is all-new once again for 2021.

While the new Yukon and its extended wheelbase sibling Yukon XL are getting their own unique GMC treatment in terms of styling, the changes happening under the skin are in line with what Chevrolet is rolling out for the forthcoming 2021 Suburban and Tahoe, which I wrote about for Wheels.ca in December.

Like its Chevy cousins, the fifth-gen Yukon and Yukon XL will be assembled in Arlington, Texas on GM’s GMT-1XX platform, which also underpins its current full-size light and heavy-duty pick-ups. The forthcoming 2021 Cadillac Escalade and Escalade ESV, to be revealed next month, will also share this architecture.

Despite the homogenizing effects shared platforms inevitably bring, GMC is working hard to ensure the Yukon line maintains its own identity with unique styling, content, and trim options that will help it stand apart from its corporate cousins.

Despite existing with only modest updating since launching in early 2014, the outgoing Yukon aged well from an appearance standpoint. When GMC reps showed shots of the entire product line prior to the reveal of the ’21, the old Yukon didn’t look out of place despite being surrounded by vehicles that were either all-new or refreshed within the past 18 months.

In that regard, it isn’t all that surprising that the fifth gen differs from the outgoing model only by degree. Don’t misunderstand, the new Yukon clearly differs from the old but there is a strong family resemblance, nevertheless. 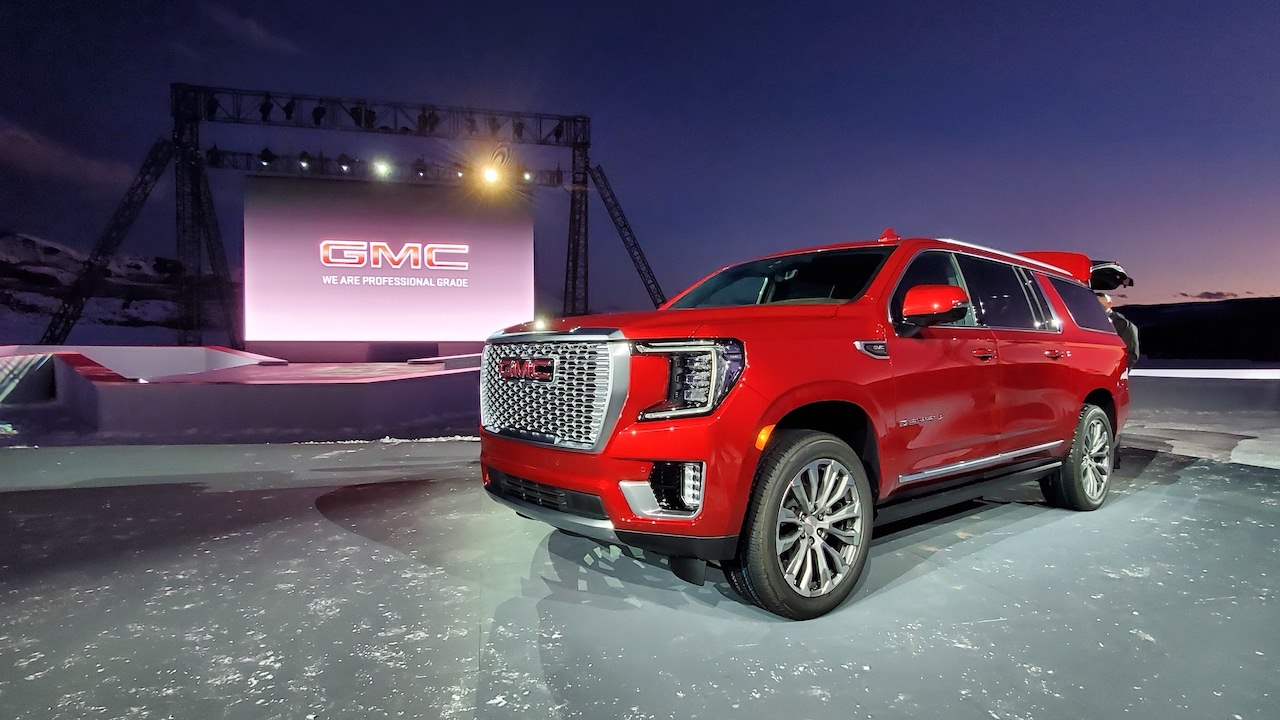 Overall, the ’21 Yukon has more right angles and sharply defined creases across its surfaces than its predecessor, particularly when viewed from the front where its new grille and C-shaped LED headlights that feature a ‘light blade’ daytime running lights signature offer a commanding presence. LEDs are spread liberally across the Yukon, and are used for taillights, fog lights and ‘other illuminative elements’ according to GMC.

The one aspect of the Yukon’s appearance that really stood out to me is the massive Galvano chrome grille on the range-topping Denali. With its more than 10,000 reflective surfaces, it’s really a sight to behold.

In additional to a very large and shiny grille, new Denali models will also receive a bespoke interior for the first time. Distinguishing it from other Yukons are unique instrument panel, seats, and four exclusive interior colours each finished with premium materials. 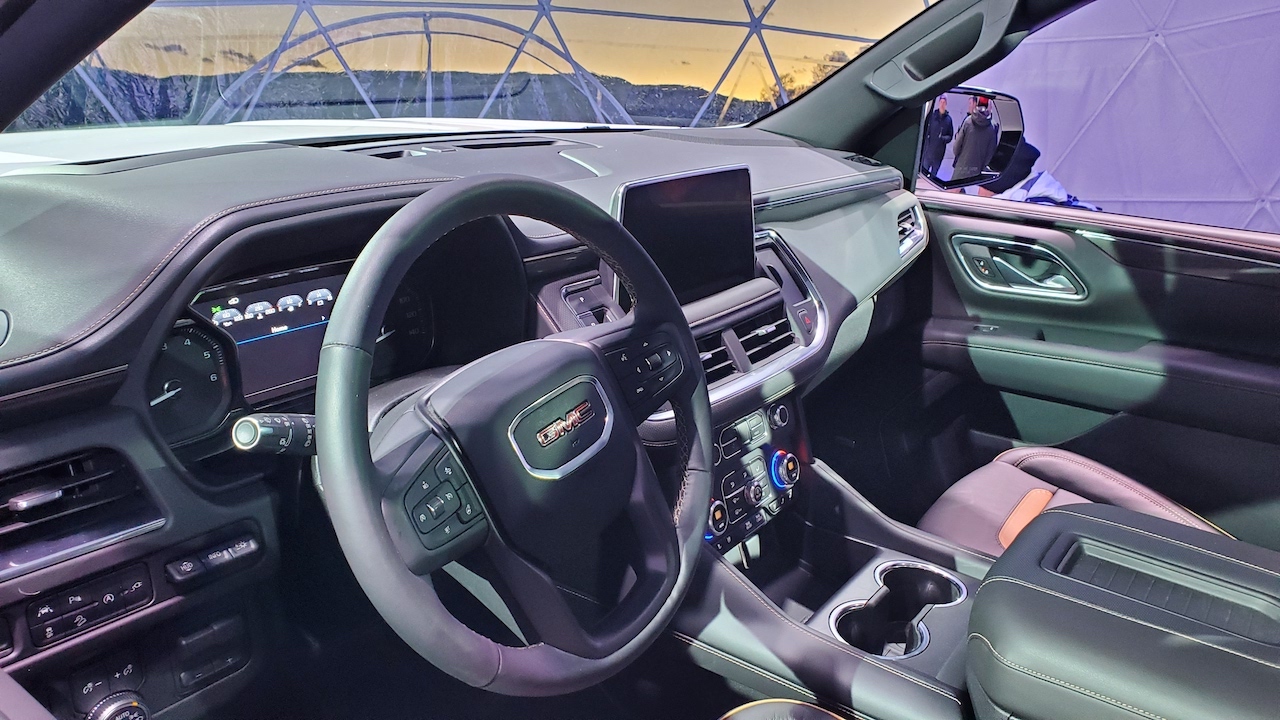 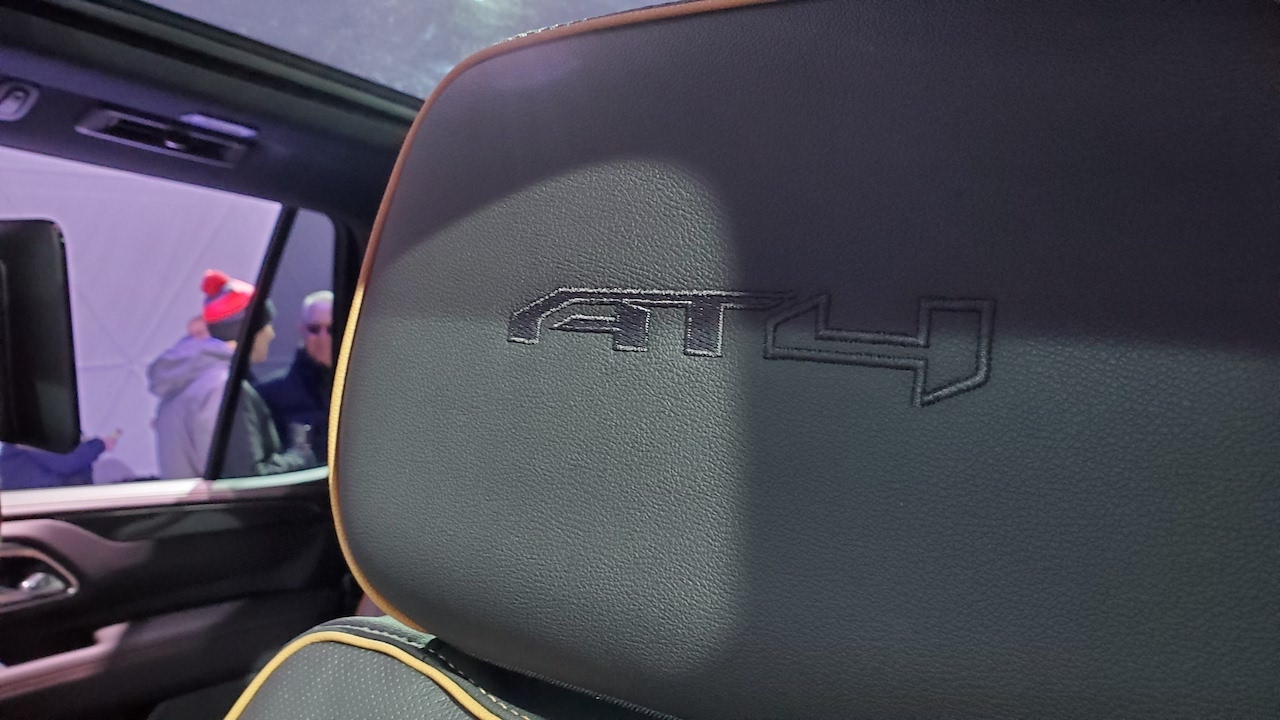 Another big interior change for the new Yukon is the availability of a Power Sliding Centre Console, which will be available on SLT, AT4 and Denali trims. This first-ever feature for the Yukon can slide up to 254 mm (10 inches) to offers greater storage and organization options for front and second-row passengers. When moved backward it not only brings second row cupholders closer to those passengers, but it also creates space for a small purse or bag for front-seat occupants and opens a hidden bin for secure storage. And because it’s motorized, the console cannot be opened manually.

The ‘21 Yukon family will be offered with three engines, one of which is all-new. The 5.3-litre V8 (355 hp / 383 lb-ft.) returns as the standard powerplant for most grades on both Yukon and Yukon XL (SLE, SLT and AT4), while the 6.2-litre V8 (420 hp / 460 lb-ft.) is standard on the Denali. Both engines feature GM’s Dynamic Fuel Management technology that enables both to operate on two to eight cylinders depending on demand.

Joining the engine lineup is an all-new Duramax 3.0-litre turbo-diesel inline six-cylinder (277 hp / 460 lb-ft.), a first in the segment, that’s designed to deliver good fuel consumption and impressive trailering capability. All engines will be offered with a 10-speed automatic transmission.

As is the case with Suburban and Tahoe, some big chassis changes are in store for the Yukon and Yukon XL.

The available four-corner Air Ride Adaptive Suspension offers 100 mm (4 inches) of travel and will automatically lower ride height by 20 mm (¾ inch) during highway driving for improved aerodynamics and fuel consumption. Driver selectable settings can also lower the suspension by 50 mm (2 inches) to aid entry and exit when parked, and to provide additional ground clearance when traveling off-road. Air Ride Adaptive Suspension is available on AT4 and Denali models. 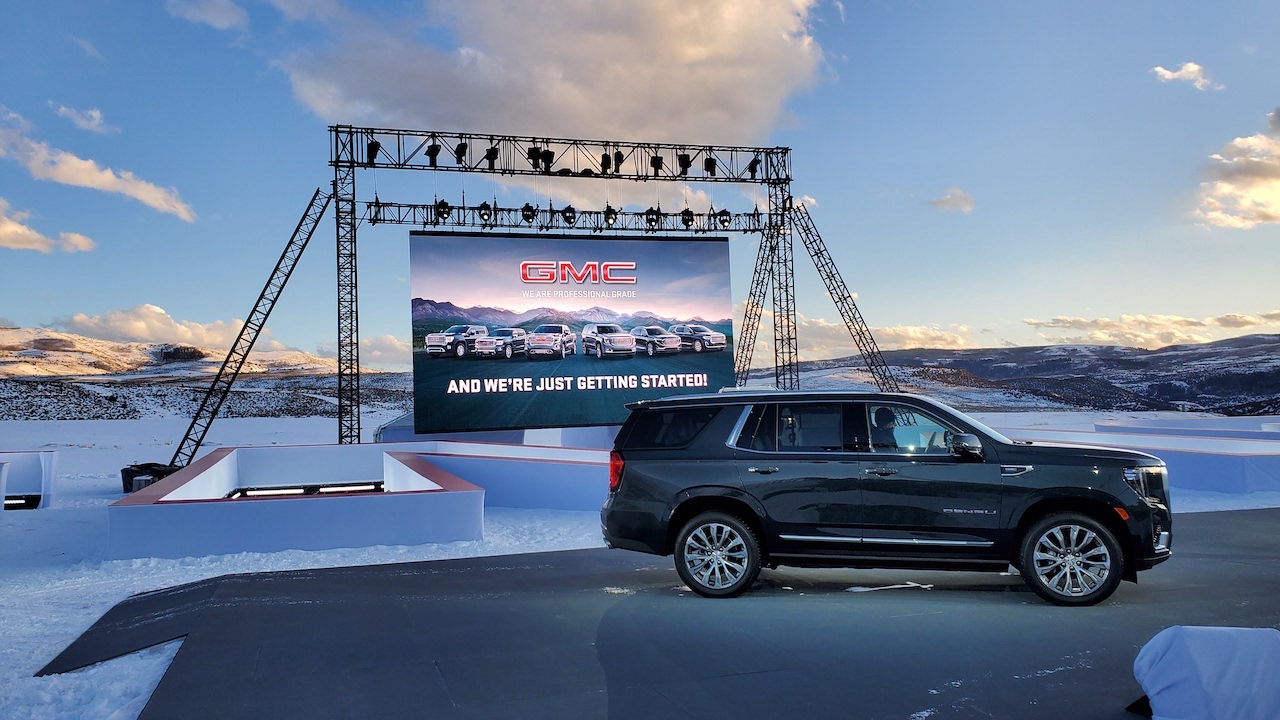 The new Yukon also comes outfitted with the Active Response 4WD System, which is equipped with an electronic limited slip differential (eLSD). The eLSD manages torque from side to side across the vehicle and can shift power to whichever wheel has better traction. The main benefits the system provides are better traction and improved handling.

GMC allowed the group of journalists assembled in Vail to drive camouflaged pre-production Yukons through a short handling course designed to test these various systems and, despite the seat time being too brief, the new vehicle does appear more capable than its predecessor. Being able to raise and lower the suspension alone will be quite useful, if for no other reason than making entry and exit much easier. More seat time will be needed to truly evaluate things like ride, handling and off-road capability, but the changes seem promising.

As big on the inside as the Yukon and XL were previously, the 2021s are even more spacious. 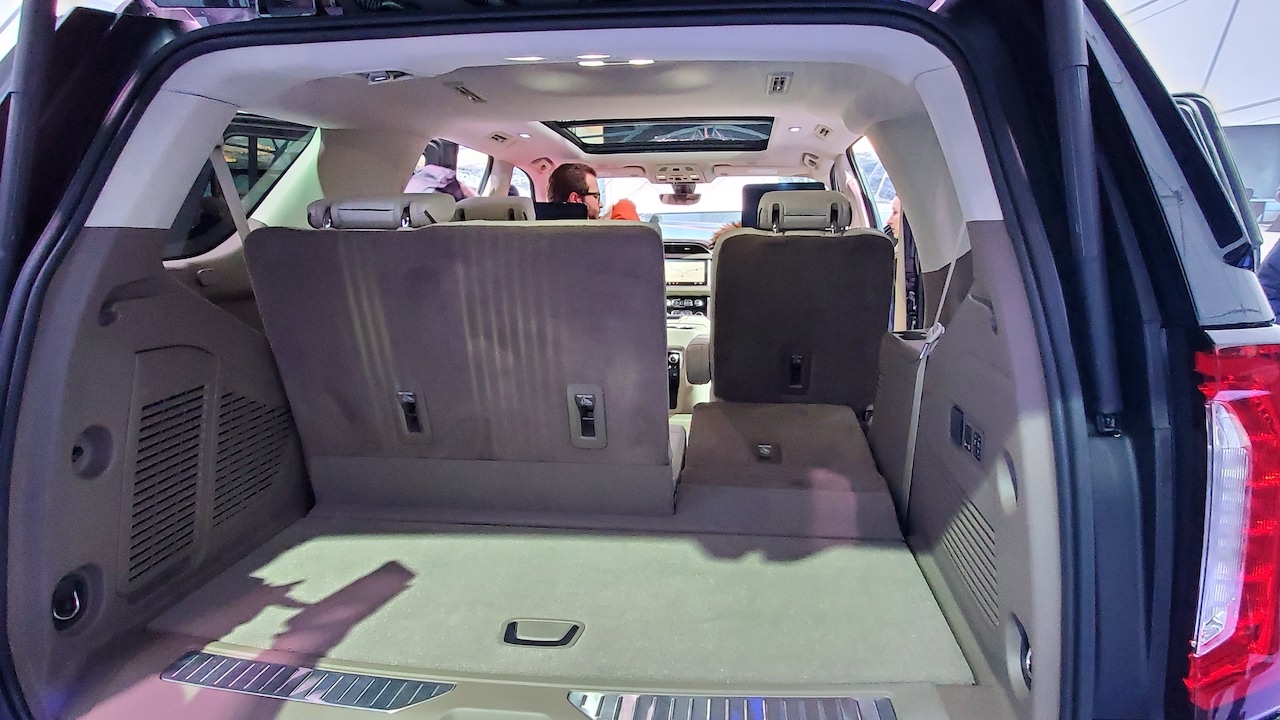 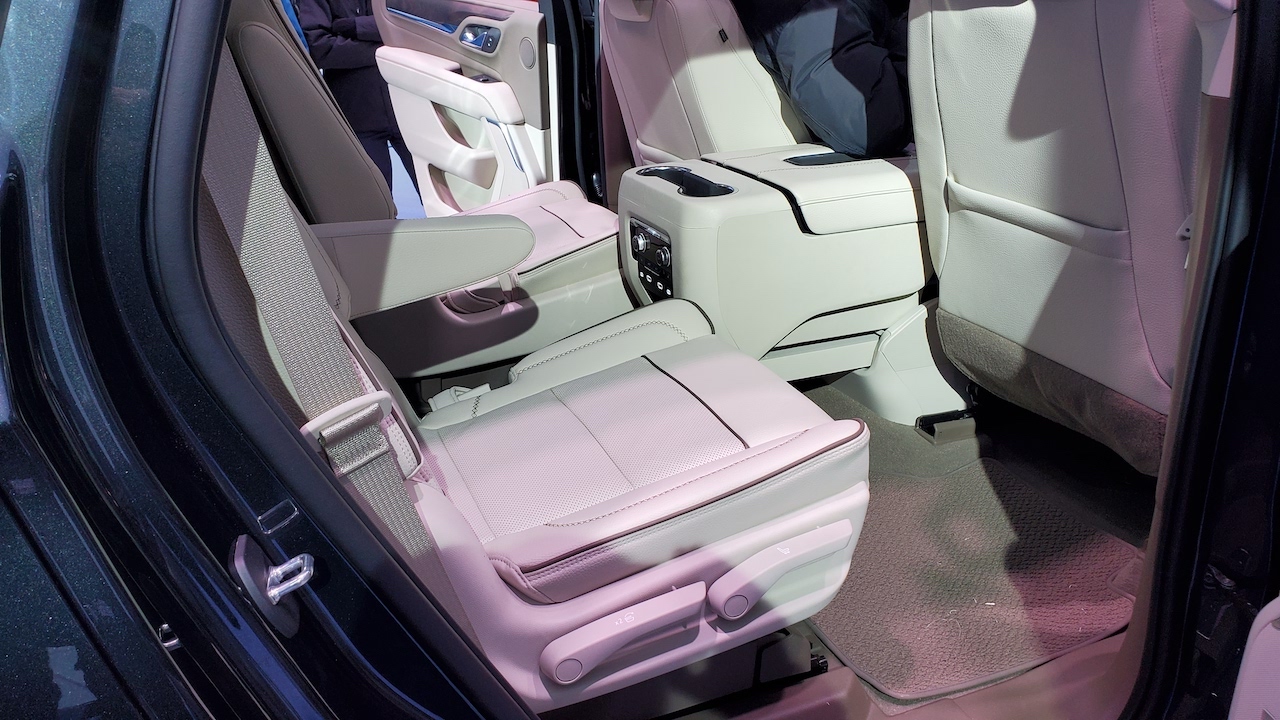 AT4 comes to Yukon

As a part of GMC’s overall brand strategy, the new Yukon will be offered in off-road AT4 trim for the first time, joining the Sierra light and heavy-duty pick-ups and the mid-size Acadia crossover. Of note, refreshed 2021 Canyon and Terrain models will also offer AT4 grades when they go on sale later this year, completing the model range.

In addition to unique styling (fascia, body colour accents, red tow hooks and more) the Yukon AT4 will be available with Air Ride Suspension which delivers a nearly 32-degree approach angle, along with an additional 50 mm (2 inches) of ground clearance. 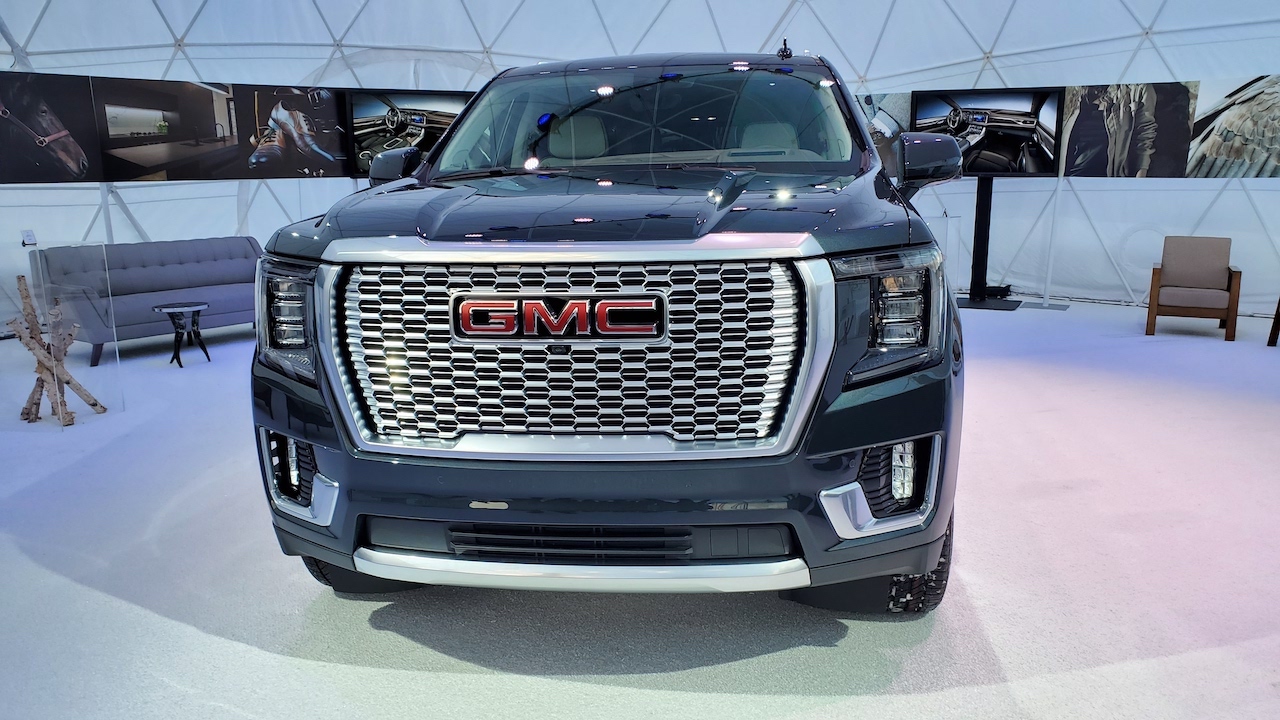 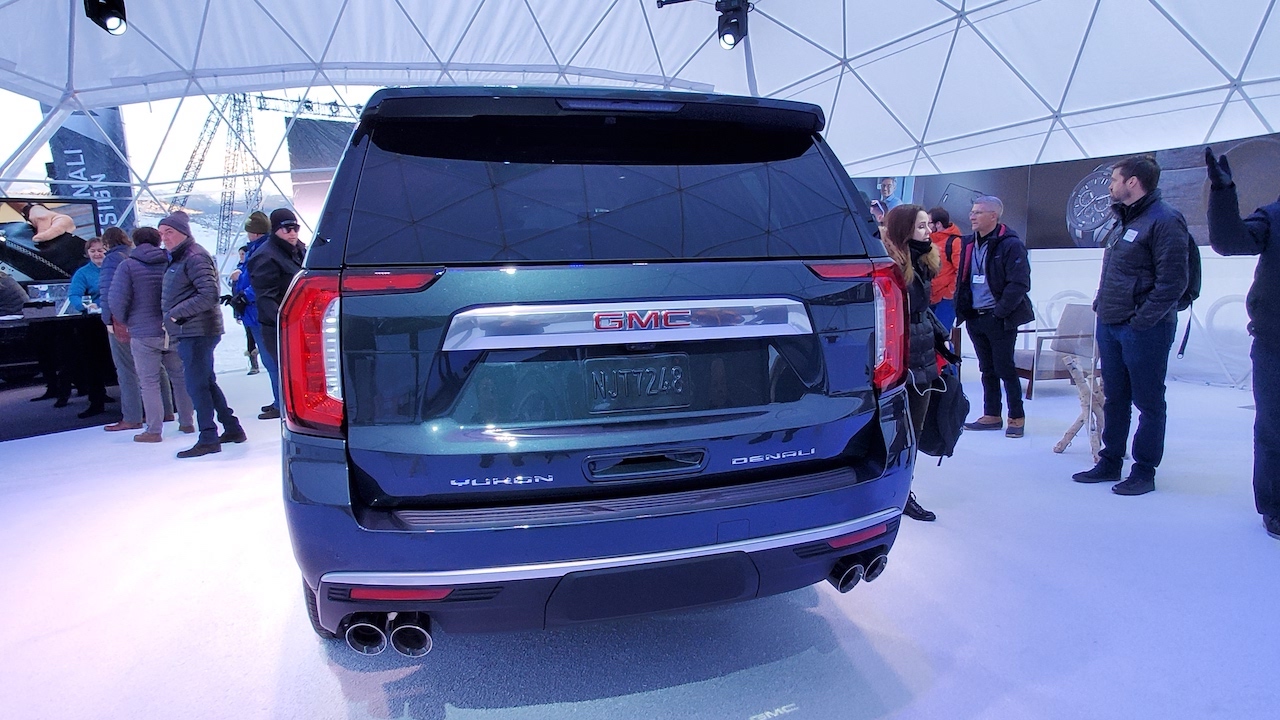 The new Yukon and Yukon XL will be offered in four grades: SLE, SLT, AT4, and Denali. Pricing and fuel consumption numbers are not yet available but will be announced closer to on sale which is expected to begin this summer. 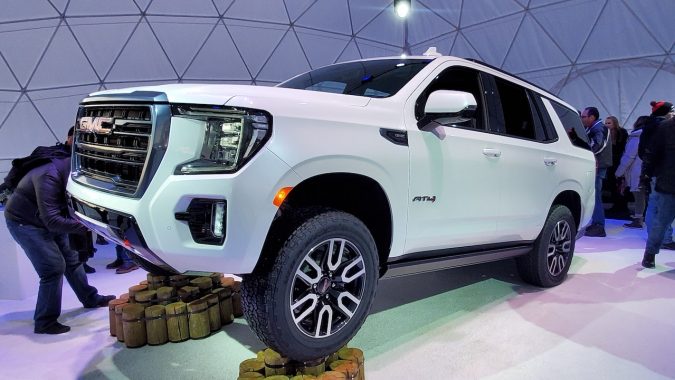 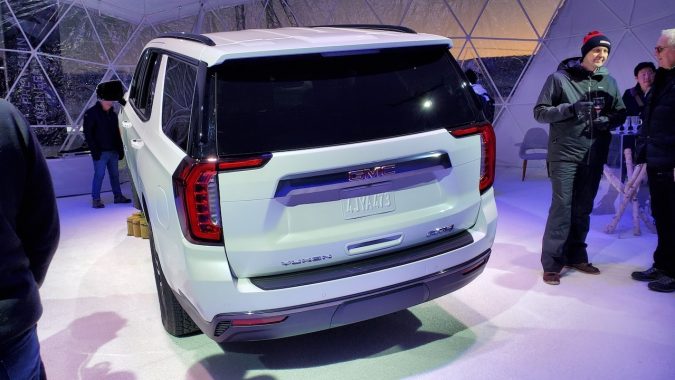 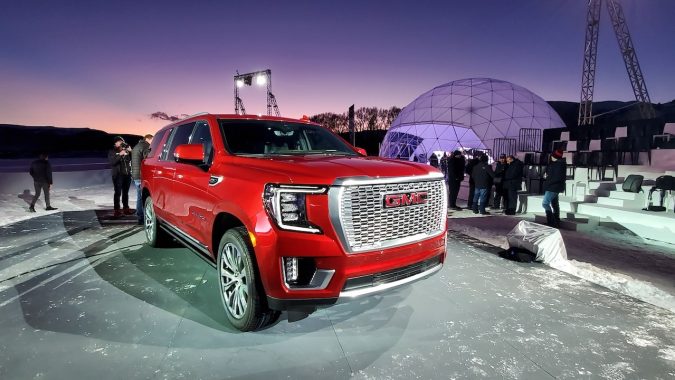 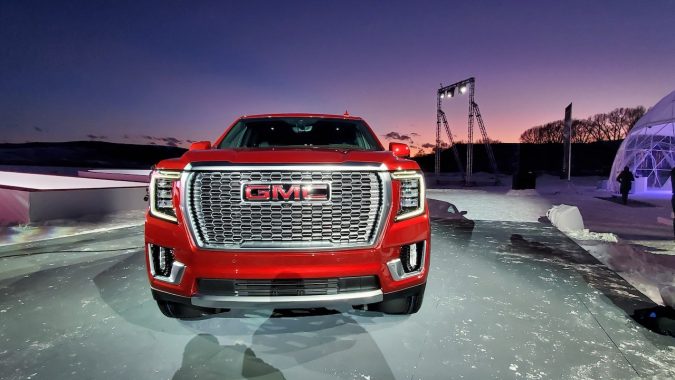 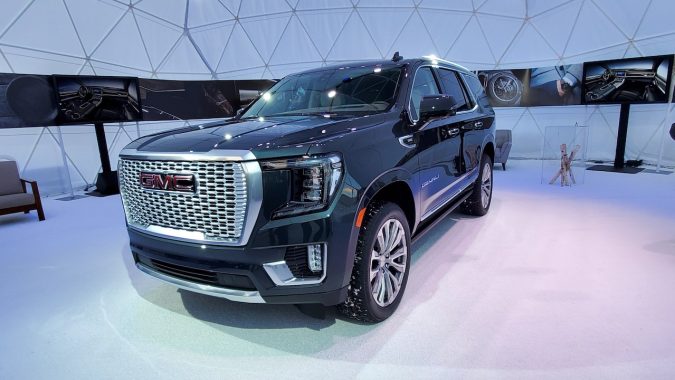 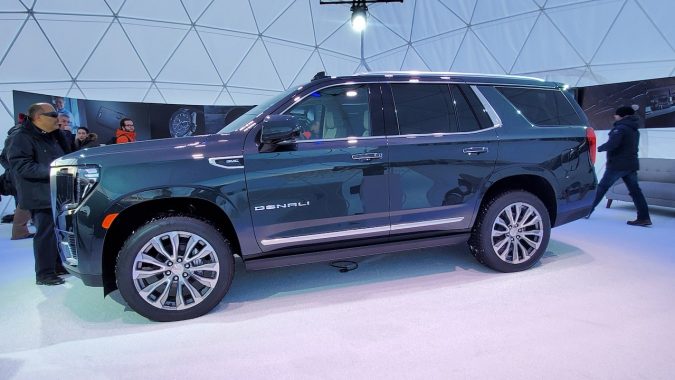 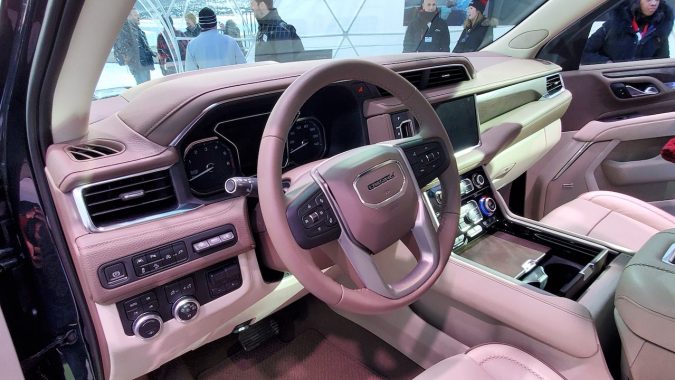 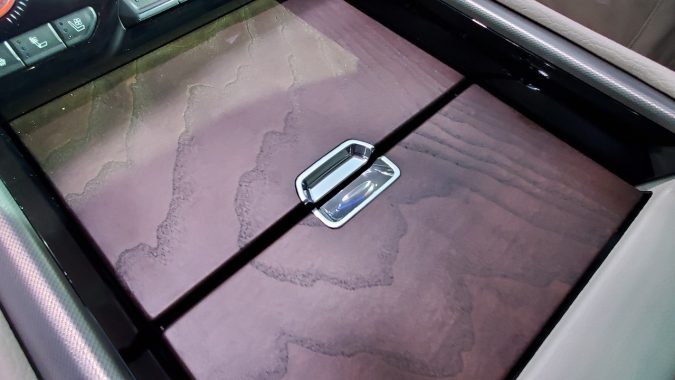 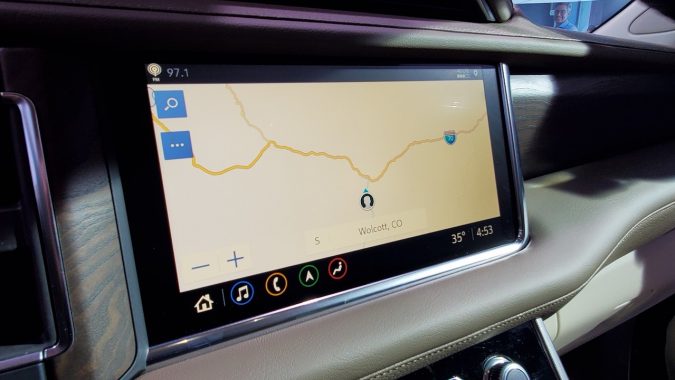 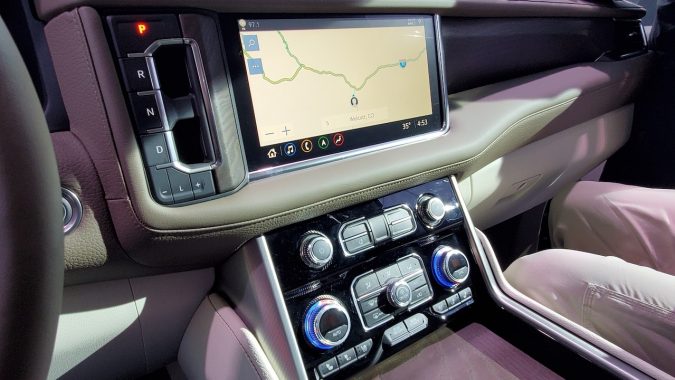 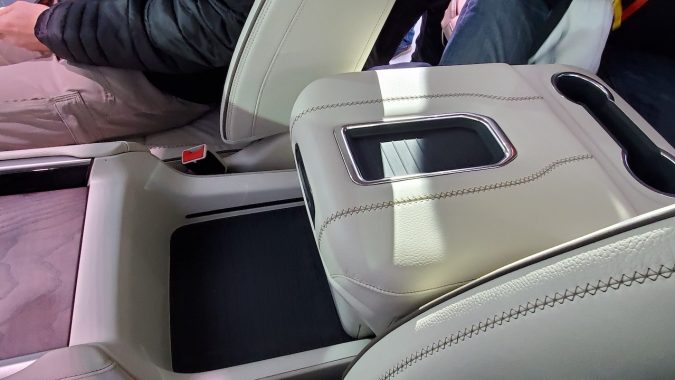 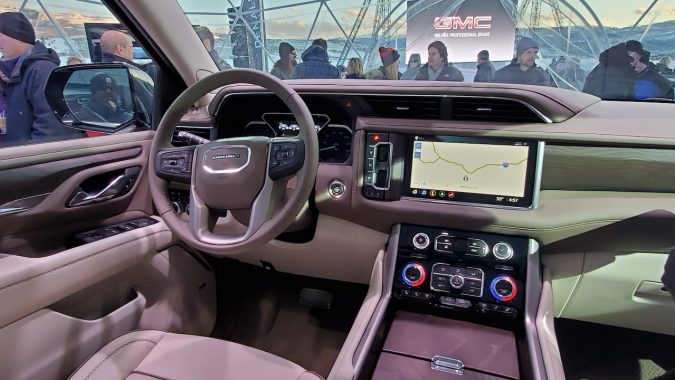