Here’s how Tesla’s Cybertruck Stacks up Against the Competition

This is definitely an interesting time to be a truck fan.

Following the rollout of Tesla’s angular new Cybertruck, there were no shortage of armchair pundits prepared to offer their opinion on Elon’s new toy. From its styling to its not-so-armored windows, the internet had a field day both skewering and praising the Palo Alto pickup.

We’ll leave those hot takes for another day. For now, we’re here to see how the Cybertruck stacks up against existing entrants in the full-sized pickup market. We’ll run the gamut of stats and comparisons, from dimensions to towing. First, let’s take a look at a few of the spellcheck-infuriating Cybertruck’s features touted at the big unveiling in California. 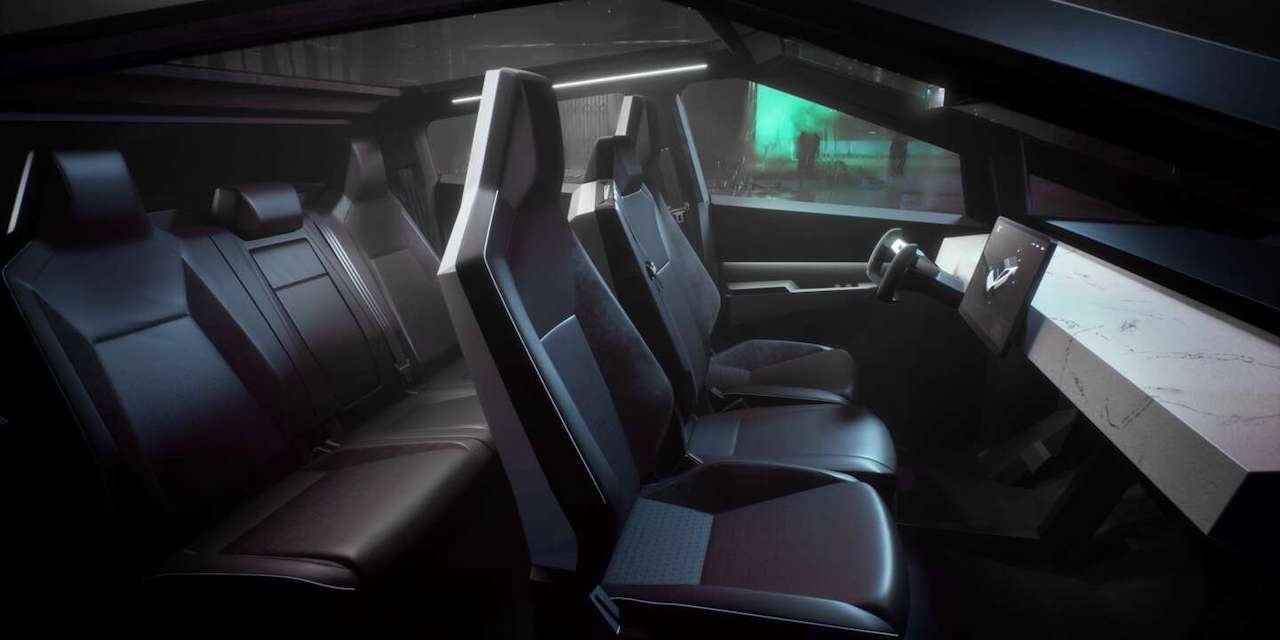 At the announcement, Tesla said it plans to offer the Cybertruck in three flavors: an outrageously fast one, a mid-grade model, and one for plebes. Starting at the top is the model which likely supplied the impressive acceleration numbers touted at the show. This trim will have three electric motors and all-wheel drive. That’s heavy-duty pickup territory. As you’d expect, Tesla is mum on specific power outputs but a dual-motor Tesla Model S P100D is estimated to make 588 ponies and 920 units of torque.

Considering that Tesla threw out numbers for the most powerful version of their truck, we’ll do the same for its competitors. The half-ton twins at GM make 420 horsepower and 460lb.-ft of torque from a 6.2L naturally aspirated V8. Ford’s big dog engine is a 3.5L EcoBoost V6 producing a very healthy 450 ponies and 510 torques. Ram gets 375hp out of its 5.7L Hemi, while Toyota and Nissan coax 381 and 400 from their half-ton pickups, respectively. 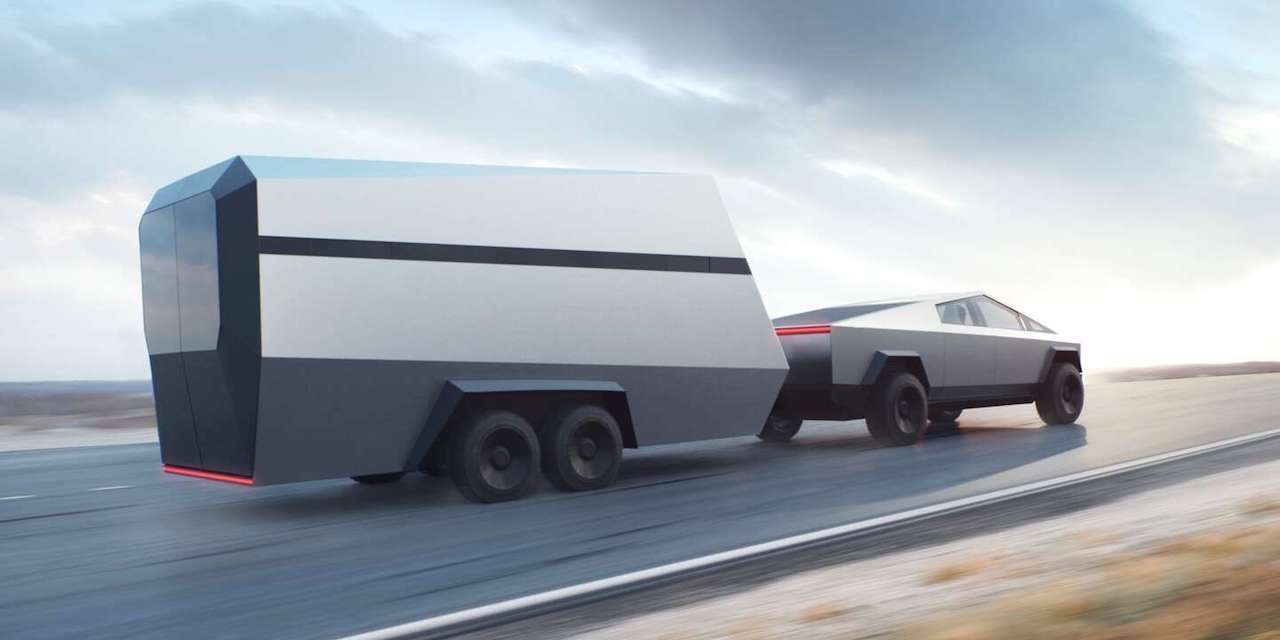 In the full-sized truck market, just about every customer desires prodigious towing capacity even if it gets used less frequently than Sideshow Bob’s hairbrush. Tesla claims a 7500lb towing capacity for the single motor variant, rising to 10,000 for the dual and 14,000 for the triple motor model.

It’s worth noting here that even the smallest of these numbers far exceed what the average driver is likely to tow. Even your author’s monstrosity of a tow-behind RV, spanning a stop-sign-bending 37.5ft in length and equipped with two TVs and a margarita maker, only weighs 8600 lbs dry. 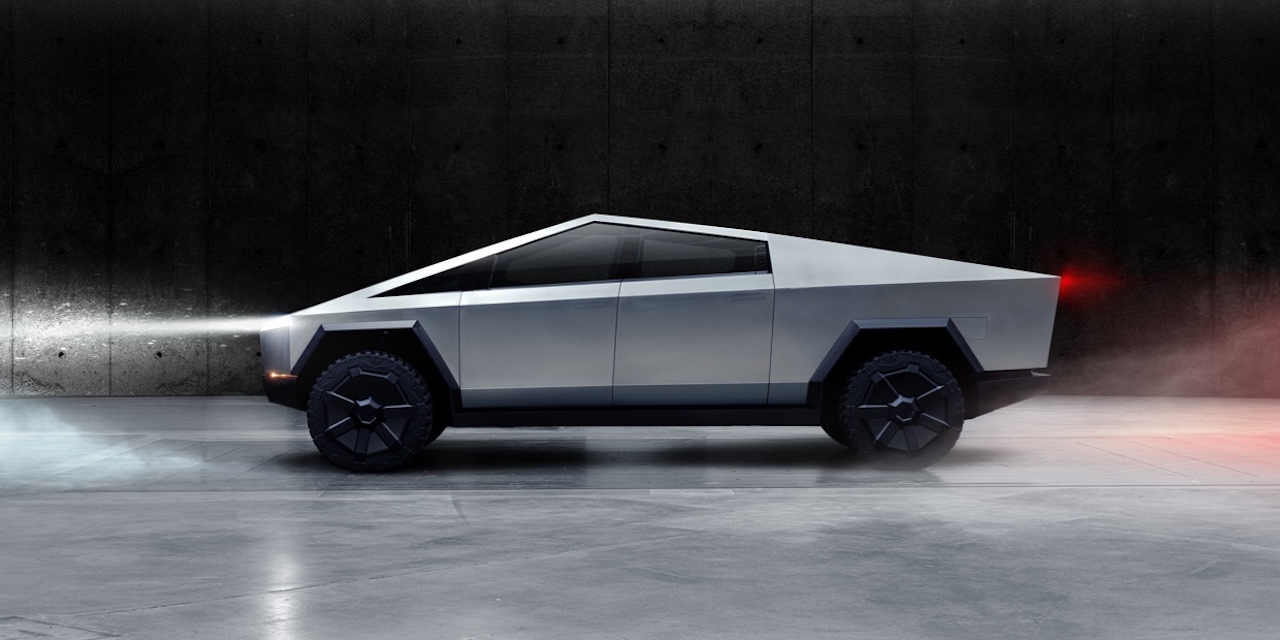 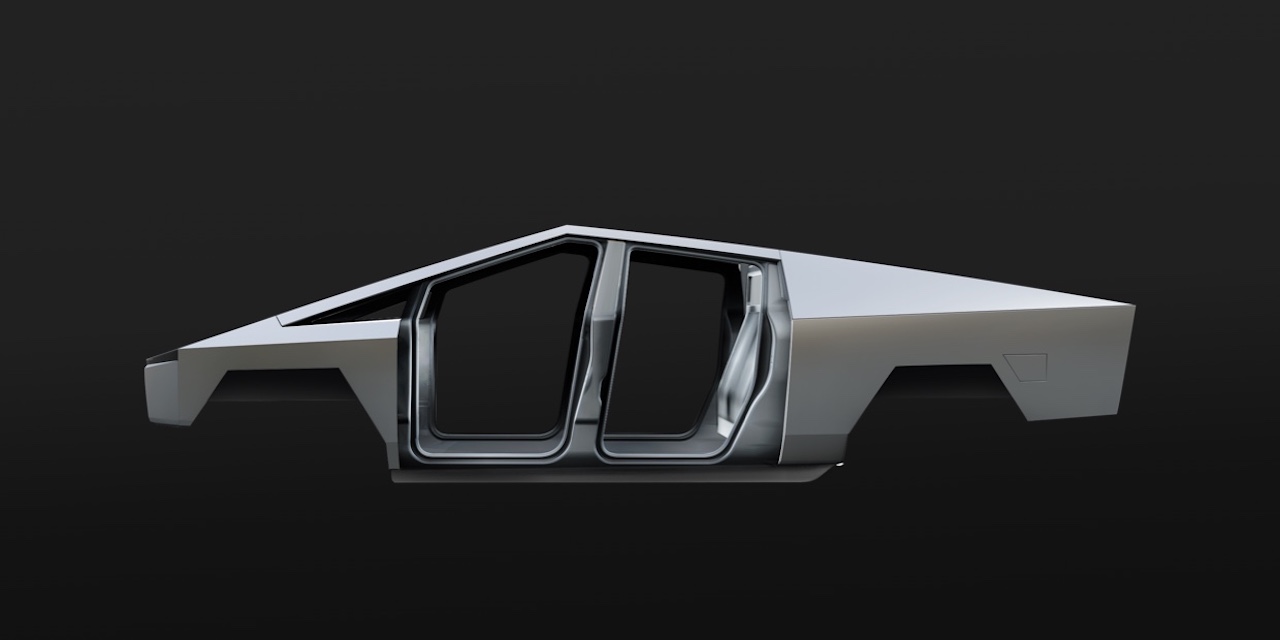 Designers of the Cybertruck—a machine with bench seats front and rear, it must be noted—apparently benchmarked the Ford F-150. It’s logical that it shares much in the way of physical dimensions. Cybertruck is 231.7 inches long with a 6.5 foot box, 79.8 inches wide, and stands 75 inches tall.

Since Tesla used the F-150 as a yardstick, we’ll do the same. A Blue Oval SuperCrew (four forward swinging doors) with a 6.5-foot bed has an overall length of 243.7 inches. A SuperCab (with clamshell doors and a smaller back seat) measures more like the Tesla at 231.9 inches. Width and height, however, are about spot on at 79.9 and 75.7 inches respectively. Note well: the latter stat is for a 4×2 F-150, with 4x4s standing 77.3 inches. 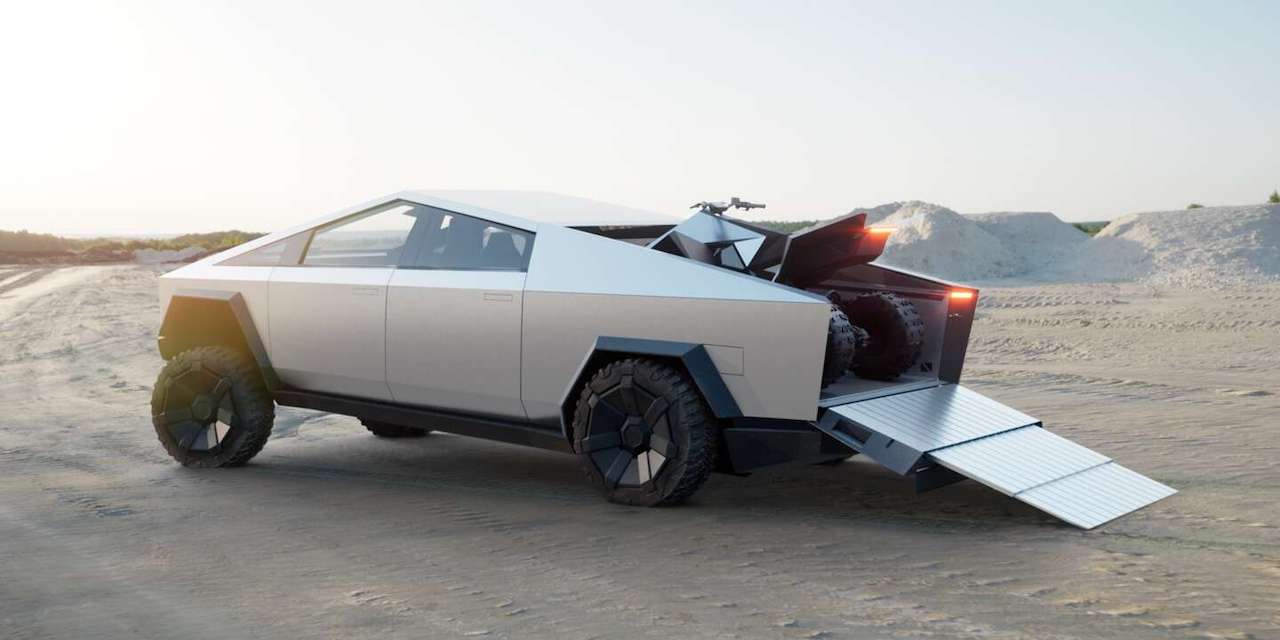 Every version of the truck has a claimed maximum payload of 3500 pounds. Cybertruck’s box is shown to be 6.5 ft in length which is generally accepted to be an industry standard. According to the company, who counts the entire box as an enclosed storage area thanks to its Magic Tonneau Cover, a total of 100 cubic feet of closed and locked storage is at the driver’s disposal. By the way, Tesla doesn’t call it a mere box; it calls it a vault. Okay, then.

In a fit of practicality, Tesla says the Cybertruck will be available with a system permitting one to raise and lower its suspension up to four inches in either direction. This should provide easy access to the bed vault or truck itself. The presence of this feature helps to explain why the Cybertruck seems to be squatting excessively in the press photo in which an ATV is loaded aboard the bed. Lowering the rear four inches would help with getting any cargo, including an ATV up into a truck bed.

Predictably, some online Neanderthals are trashing this image as proof of a saggy suspension without doing their homework. It should also not go unnoticed that Ram also has an air suspension system, one which permits similar functionality.

Again using the F-150 SuperCrew with a 6.5 ft box as an allegory, Ford says the box of that truck will hold 62.3 cubic feet of detritus. T’would appear Tesla is making the most out of that dramatically sloped bodywork. SuperCrew F-150s 4x2s with the long box and a V8 engine max their payload at 2980lbs. 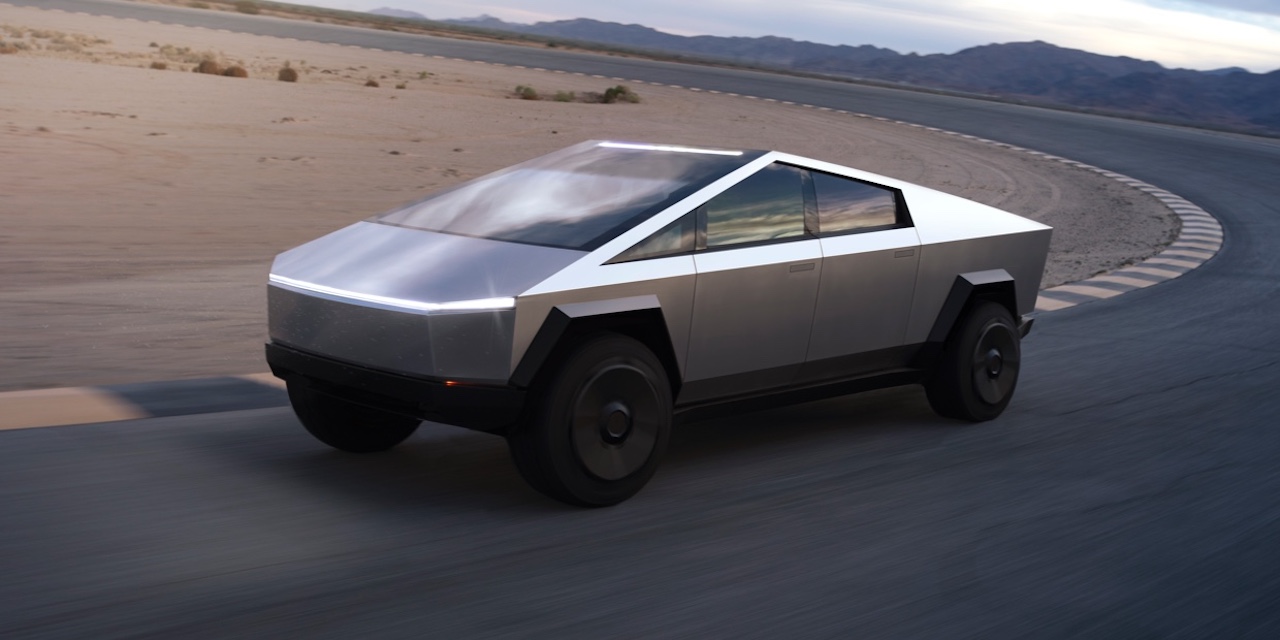 As all car companies are wont to do, Tesla touted its best numbers during the truck’s introduction. According to the company, high-spec versions of the Cybertruck should be good for a run to 100km/h from rest in just 2.9 seconds. The quarter-mile can be yours in a Toretto-approved 10.8-seconds. This, and numbers hyped by existing truck makers, are for unladen trucks hauling nothing but air.

Trucks at the Blue Oval equipped with a high output 3.5L V6 EcoBoost will scamper to 100km/h in about five seconds. This is a long way from the sub-three second figure of the snazziest Tesla in within shouting distance to the mid-range Cybertruck and markedly quicker than the single motor truck. However, at an estimated sticker of $39,900 (US), that particular truck is closer in price to a base F-150 which makes its way to highway speeds in about 7.5 seconds. 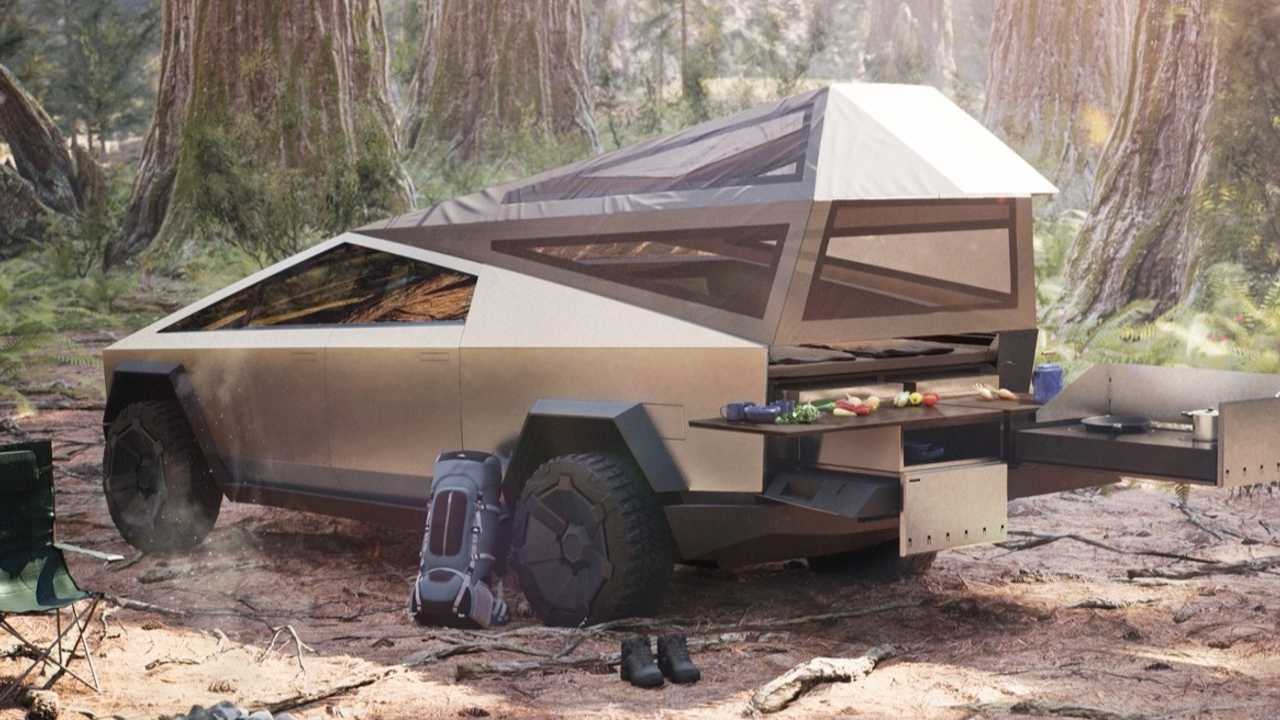 Here’s the biggie. Elon and Co. can hypnotize everyone around Tesla’s mo’ money mo’ problems but total driving range of an all-electric vehicle is at the fore of concerns for many customers. In this, the company says Cybertruck will be available with different battery configurations at launch, providing between 400 and 800 kilometres of total driving range depending on model. Don’t forget, towing and hauling – duties central to a truck’s reason for being – will likely eat into those numbers faster than a hungry hipster wolfs down avocado toast.

Most versions of full-sized pickups from the Detroit Three can be equipped with a fuel tank measuring about 120 litres in capacity. Assuming an average efficiency of 13.0L/100km, those trucks should be good for about 900km on a single tank. Like the Tesla, these gasoline-powered machines will drain their power supply (fuel, in this case) more quickly when towing or hauling at their maximum.

Only time will tell if pickup customers will cotton to the Cybertrucks, um, unique styling decisions. Electric trucks are coming, after all, with startups like Rivian jumping into the game and legacy marques like Ford planning their own electrical assaults. Whatever happens, it is definitely an interesting time to be a truck fan. 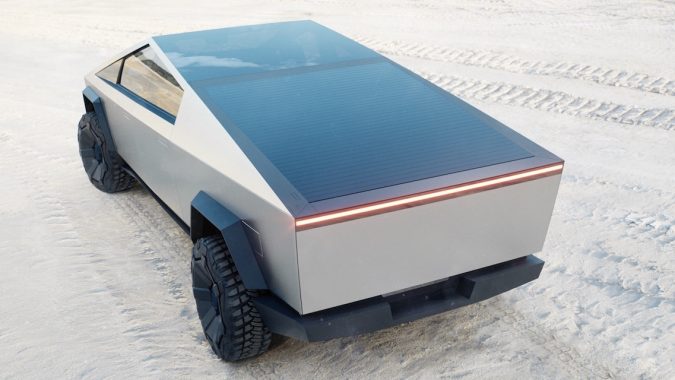 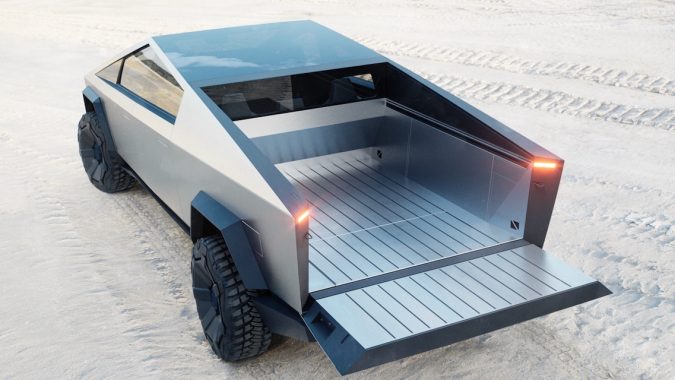 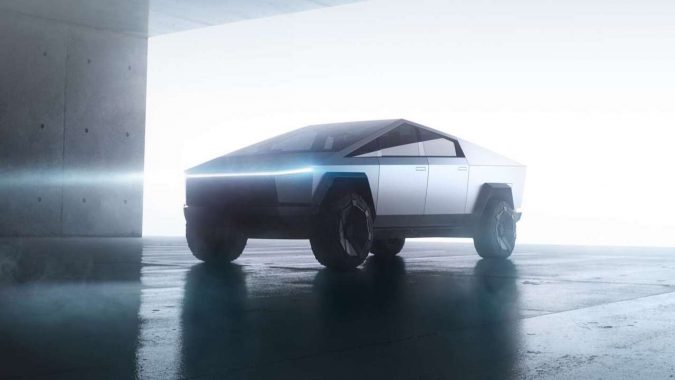 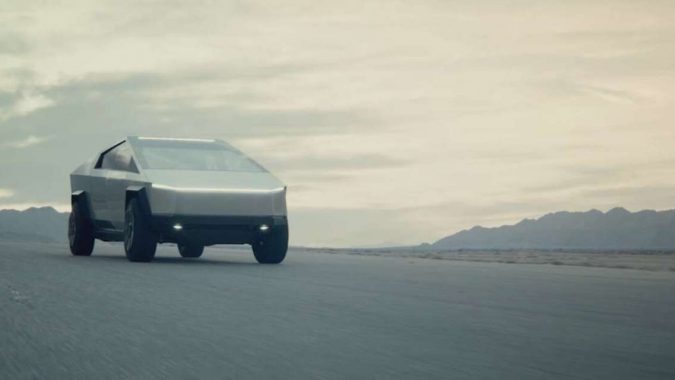 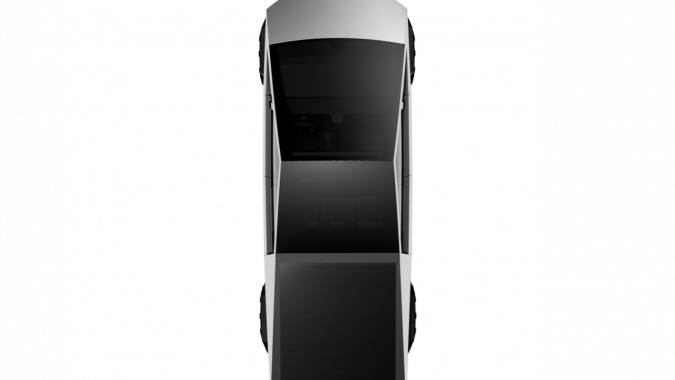