The Hellephant 426 engine assembly and kit, is designed for installation on pre-1976 street and off-road vehicles.

Dodge, maker of day-glo sedans and 700hp SUVs, is not known for its subtlety. That trend continued yesterday at the SEMA show in Vegas, where the company announced a supercharged crate engine whose power output stretches into four-figure territory.

First, some context. In 1964, Chrysler roared into Daytona with a 426 cubic inch engine shoehorned into a Plymouth Belvedere that was so fast, NASCAR promptly outlawed the thing. Racers dubbed it the “elephant engine” thanks to its massive amounts of power.

Fast forward to 2018, where the performance arm of the company has built a modern day elephant engine dubbed – naturally – the Hellephant 426. This time around, the monster motor makes an incredible 1000 horsepower and 950lb-ft of torque.

“Our enthusiasts crave power and performance and our new ‘Hellephant’ Mopar Crate HEMI engine and kit deliver huge horsepower and torque in a plug-and-play package that is unique in the industry,” said company spox. For those not in the know, plug-and-play packages allow gearheads to drop an entire powertrain into their project car with minimal headache since all the complicated wiring and ancillary connections are taken care of at the factory. 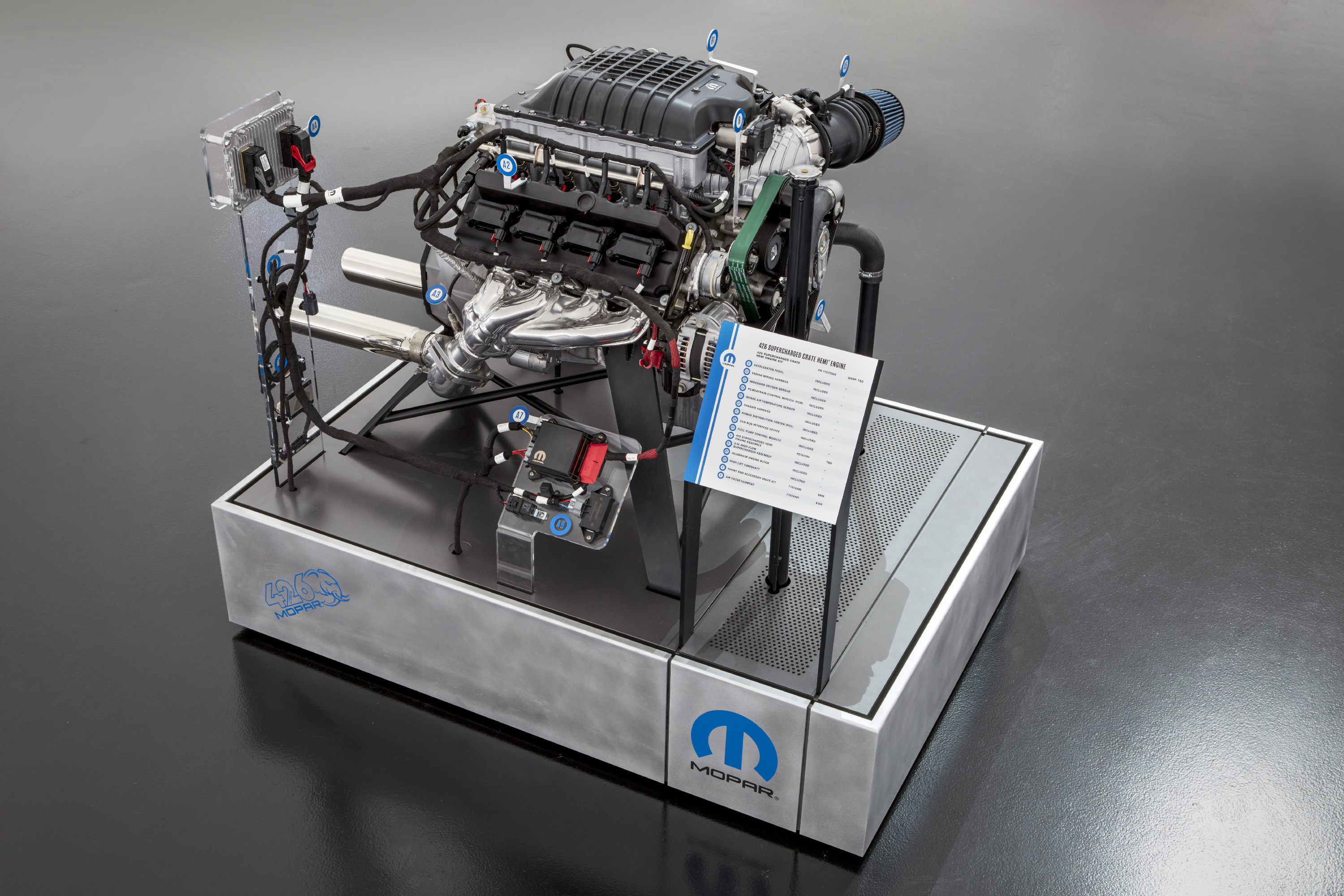 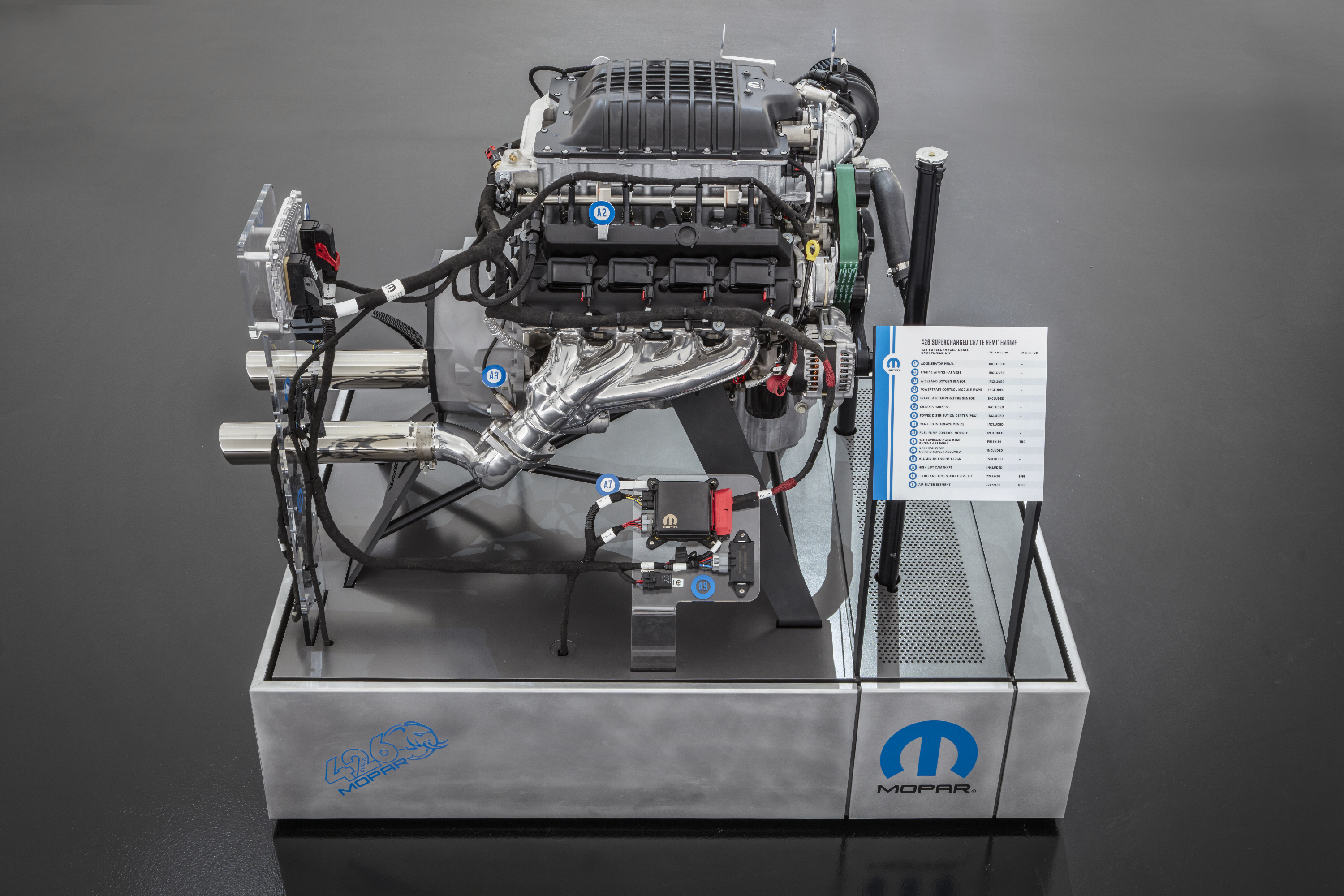 Engines found in Demon/Hellcat and 392 SRT cars both sport pistons with a bore measuring 4.09 inches. The spellcheck-vexing Hellephant has a bore of 4.125 inches, meaning new pistons were forged for duty in this engine. Using math your author has not deployed since high school, along with Mopar’s declaration that this new engine has a stroke of 4.0 inches, we learn that total displacement is actually a hair over 427 cubes.

Additional features of the Hellephant 426 include valve covers imported from the Hellcat Redeye and valve train pulled from the Demon. An improved supercharger with a high-efficiency rotor is mounted atop the 426’s all-aluminum block. Using that type of metal provides big weight savings to keep the Hellephant relatively light.

Not content to simply show off this rockstar motor on a simple engine stand, Mopar crafted a one-of-a-kind 1968 Dodge Charger. Dubbed the ‘Super Charger’ this brute was massaged to accept the Hellephant 426, feeding the beast through an enormous hood scoop. Its wheelbase is stretched a couple of inches, its body is closer to the tarmac, and its wide body kit gives it a stance meaner than a hallway bully.

Alert readers will notice modern touches in this 1968 Super Charger Concept, including a Hellcat steering wheel with its buttons removed, a shifter from a Hellcat, and exhaust tips lifted off the Alfa Romeo Stelvio. Those are Viper seats, too. About the only way anyone will be able to buy this tasty package is if they dump several bags of cash on Mike Manley’s desk.

The Hellephant 426 engine assembly and kit, however, are ready to go. They are designed for installation on pre-1976 street and off-road vehicles. Look for it in the first quarter of 2019. 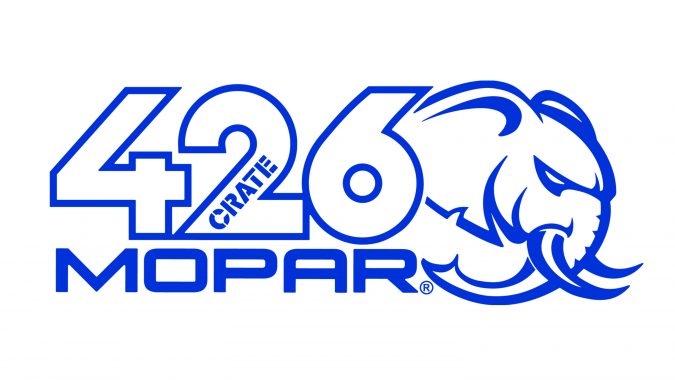 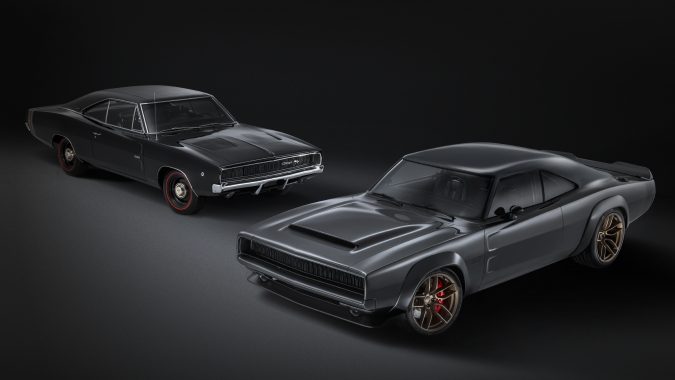 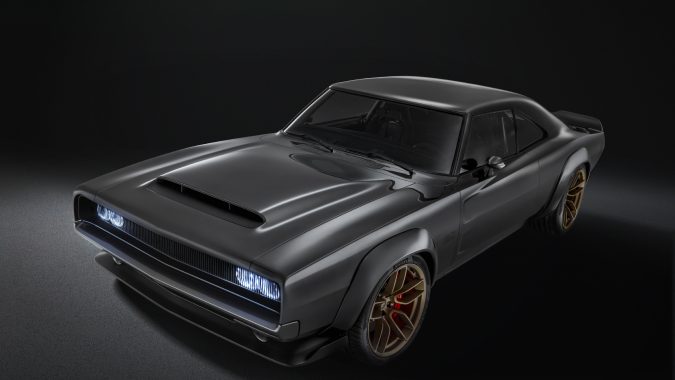 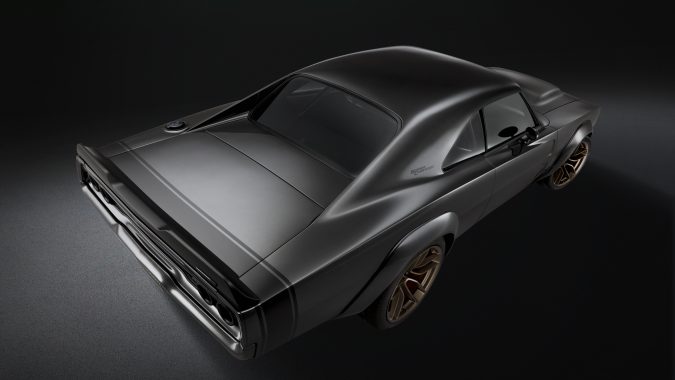 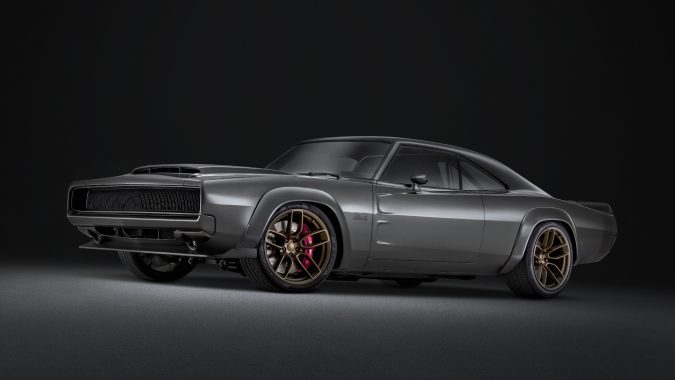 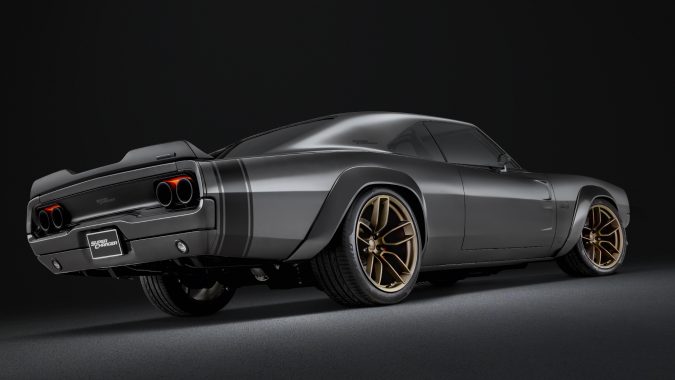 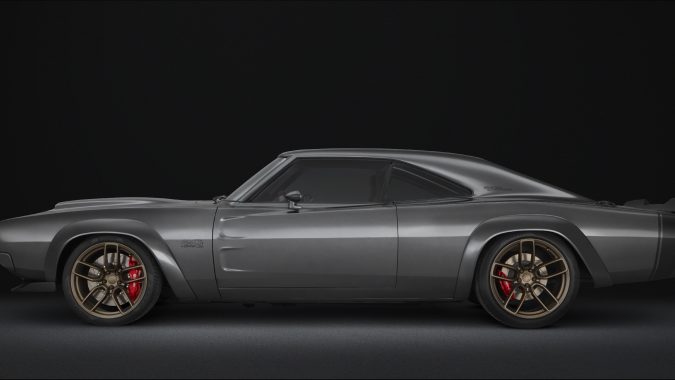 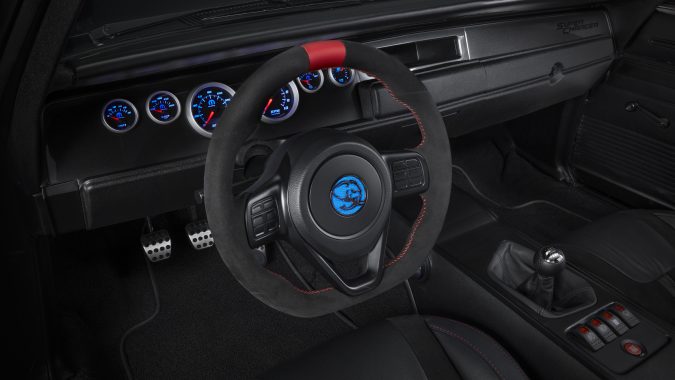 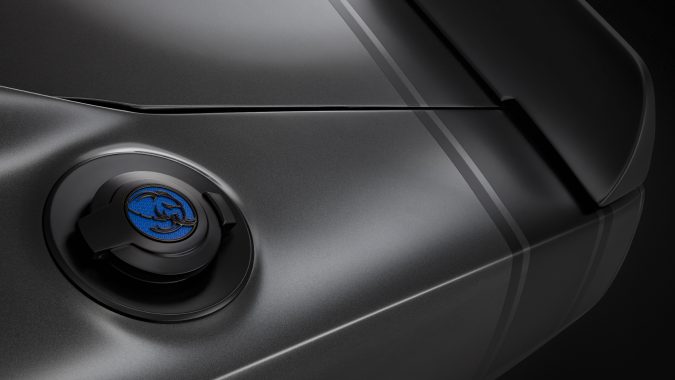 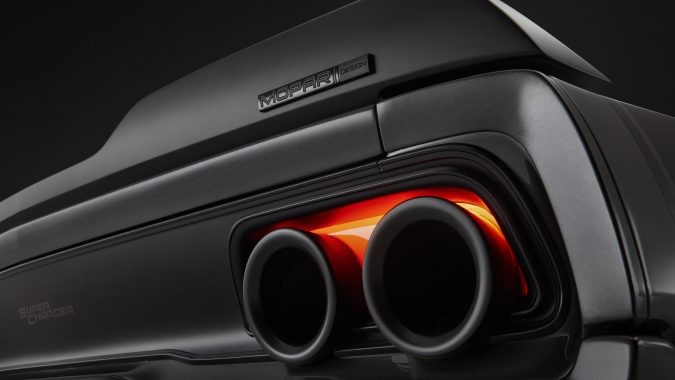 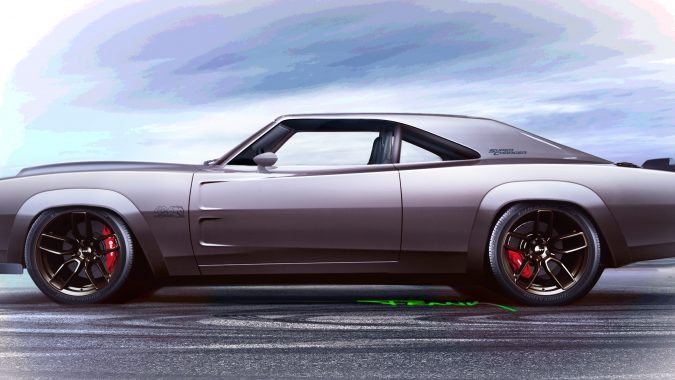 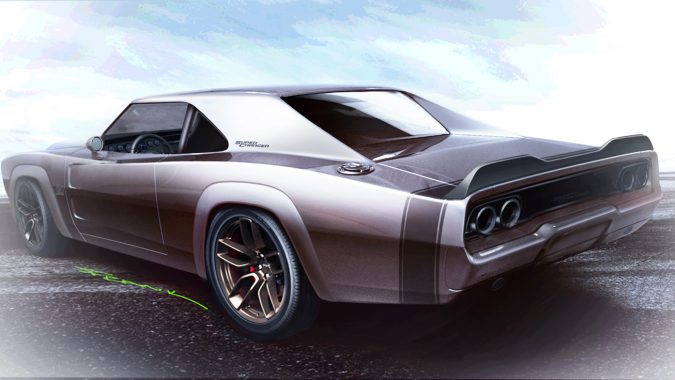