UNZIPPED will run from December 17-March 19.

Join the Conversation (1)
Halifax-based auto dealer Rob Steele has been a lifelong fan of the Rolling Stones and he’s found a way to incorporate the band’s travelling memorabilia exhibit, UNZIPPED, into an event space he built called Steele Wheels Motor Museum located in Halifax, Nova Scotia.

And as any Stones’ fan knows, Steel Wheels is the name of one the Stones’ albums and a subsequent tour, so Steele Wheels is somewhat of a double entendre.

“It really is,” Steele said. “It’s funny you say that. Sally Woods (wife of Stones’ bassist Ron Woods) said the same thing. It’s totally a coincidence. We were trying to think of a name for what this place would be called and the marketing department came up with it. I’d been a Stones fan for a long time, so it’s sort of a play on words.”

Steele has purchased a few paintings by Woods and through his musician’s representatives, he brought the memorabilia exhibit to Steele Wheels for its first inaugural event which will run from December 17-March 19. The exhibit features more than 300 original objects from the band’s personal collection. Steele said he saw the exhibit five years ago in London, England. The exhibit has touched down in several international cities, including Canadian stops in Kitchener and Winnipeg.

“It’s quite a fascinating exhibit, even if you are not a Stones fan, and that’s a frequent comment we’ve heard because the costumes are there, the instruments, song sheets, an iron stage design from various tours, it’s interesting to see,” Steele said. 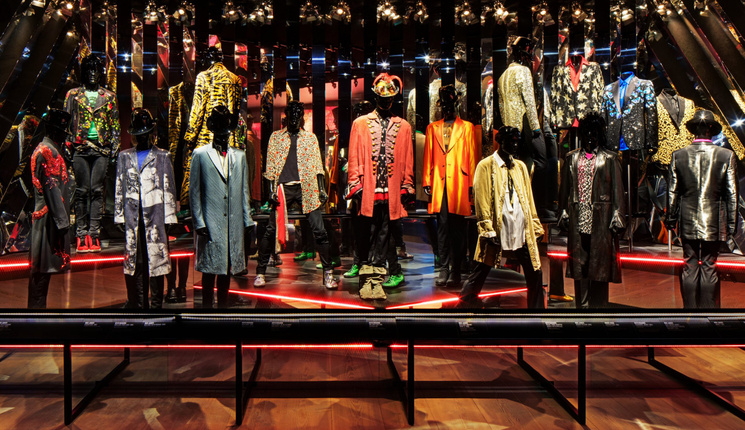 The museum is the product of a warehouse with a go-kart track that Steele bought and converted it into an event space. It is spread out across 32,000 square feet on the floor and an 11,000 square foot mezzanine. A state-of-the-art sound system and video walls are also part of it.

Steele said the original plan was to turn the building into a used car dealership selling 70-80 classic, exotic and speciality cars and make them available for purchase in person and through the internet. Following the UNZIPPED run, the building will be occupied by those types of cars.

“The market for that stuff is around the world, and as we got going I thought let’s make it like a nice-looking dealership,” Steele said. “I think it’s going to more of an event space than a dealership.” 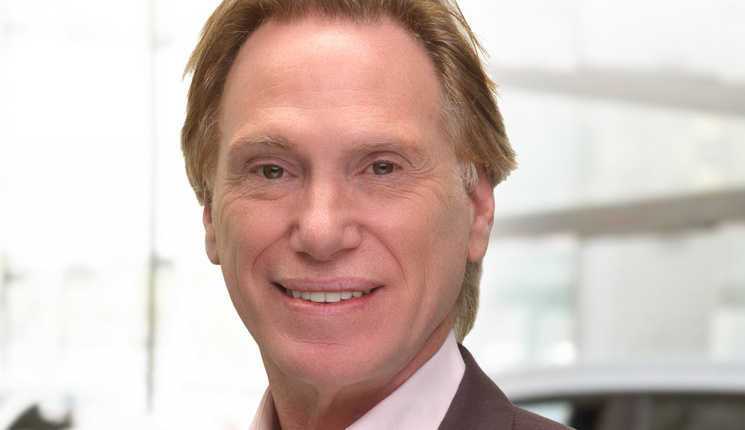 Steele, who is 61, became a fan of the Stones as a teenager and saw his first Stones concert as a 20-year-old in Buffalo, making an “arduous trek” from Newfoundland and Labrador where he was raised. He met the band in a brief meet-and-greet in 2004, in 2006 when the Stones played in Halifax, and 2018 in Coventry, England. He said he’s had a chance to get to know Wood and saw him and his wife three weeks ago in Los Angeles.

“I really enjoy the car business, but I also enjoy concerts, that’s kind of my passion,” Steele said.

The Steele Auto Group is Atlantic Canada’s largest dealer for new and used vehicles, service and parts. In July 2021, Steele Auto acquired All EV Canada, specialists in pre-owned Teslas and other electric vehicles. It is also a leader in EV education.

Steele has been involved in auto-related industries since 1990. His company has 59 automobile dealerships, nine collision centres and two Honda Powerhouse dealers. It expanded its footprint internationally by expanding into Texas in 2020. It has been designated as one of Canada’s Best Managed Companies.