Join the Conversation (0)
The Consumer Electronics Show (CES) in Las Vegas is the world’s largest technology show, and in the past decade, it has evolved into a dazzling showcase for groundbreaking vehicle trends and technologies.

At CES 2022, held in January, major auto manufacturers again unveiled a smorgasbord of new technologies (and partnerships with high-tech companies) that will drive the industry forward.

Although the event was shortened by a day and some automakers opted to forgo attending this year’s CES because of COVID-19, there were still enough surprises and exciting developments to wow audiences.

From an automotive perspective, the electrification of vehicles took centre stage at this year’s CES. Most of the prototype and production models on display were entirely electric, including the much-anticipated Chevrolet Silverado EV, the BMW iX M60 crossover and the Mercedes-Benz EQXX concept.

Japanese electronics giant, Sony, introduced an all-electric SUV concept called the Vision-S 02, which could go into production in the next few years. The company plans to use its expertise to provide enhancements in the area of mobility entertainment. Sony also unveiled plans to launch its own automotive unit.

For something completely different, BMW introduced its innovative iX Flow, featuring E Ink. It’s the first car in the world whose exterior colour can be changed digitally, simply with the touch of a button. Although this vehicle is not slated for production, this technology wins my vote for cool factor.

The body of the iX Flow is laminated with a special film that contains tiny microcapsules. According to BMW, “each capsule contains differently charged white, black or coloured particles, which become visible when an electric field is applied.” 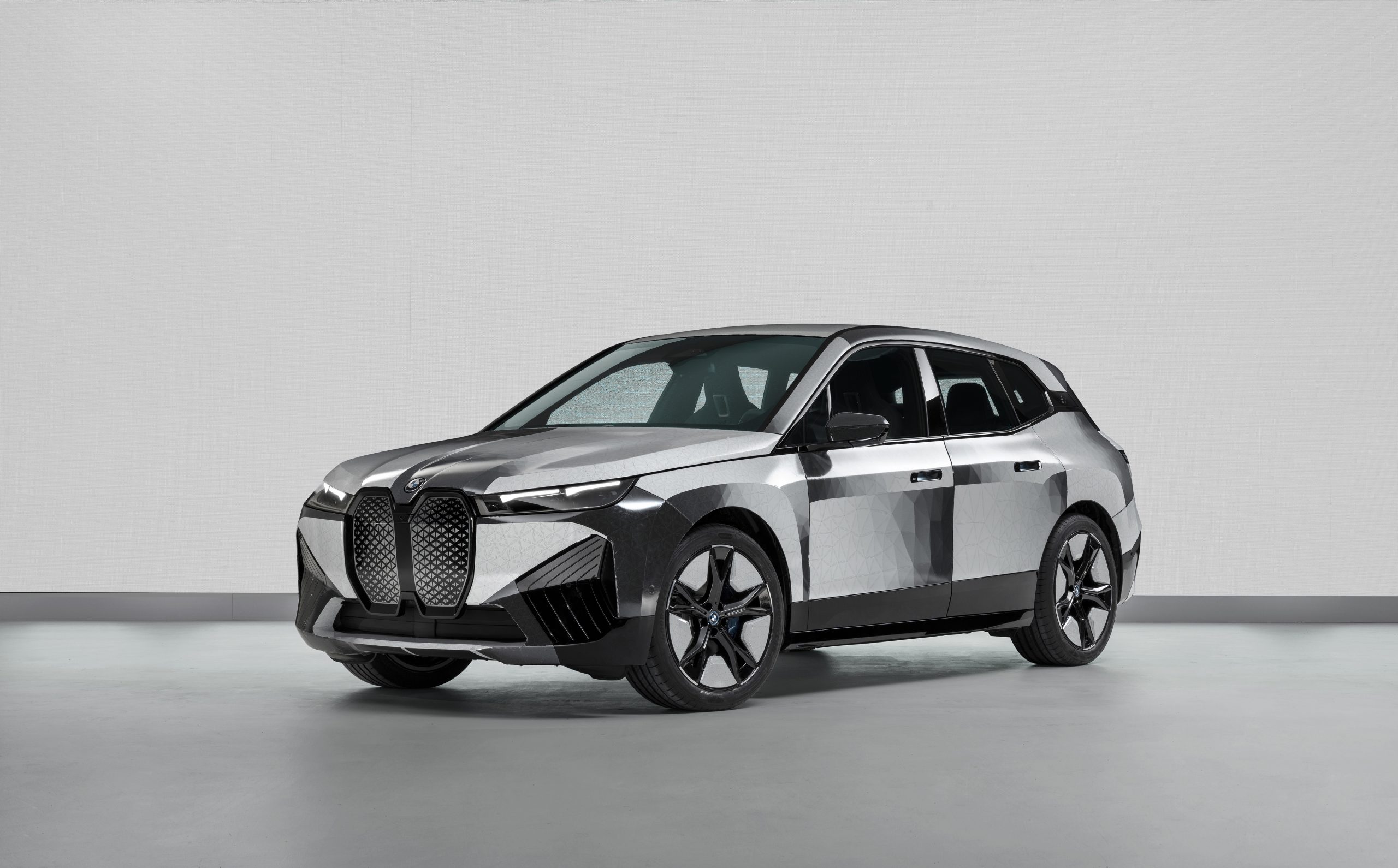 Many partnerships between tech companies and automakers were announced. Mobileye (Intel’s autonomous driving division) has partnered with Volkswagen to provide mapping data on future models. Mobileye also announced that it will provide enhancements to Ford’s driver assistance system.

Technology giant, Qualcomm, announced deals to supply computer chips to Volvo, Honda and Renault, for the purpose of digitizing these automakers’ product lines.

Qualcomm said it has reached a deal to supply its “Snapdragon Cockpit” chips — and an operating system from Google — in vehicles. This deal will allow Volvo to utilize Google Assistant and navigation from Google Maps.

Several self-driving prototypes were unveiled, with car and tech companies anxious to show off the latest advances in automotive driving technology.

Tech company, NVIDIA, made a virtual address where it detailed its DRIVE Hyperion platform. The latest generation of DRIVE Hyperion includes “a high-performance computer and sensor architecture that meets the safety requirements of a fully autonomous vehicle.”

Many of the new automotive technologies unveiled at CES 2022 – specifically electrification and autonomous vehicles – will be on display at the 2023 Canadian International AutoShow.

The CIAS is recognized as one of the leading auto shows in North America, and it’s the largest consumer show of any kind in Canada, in size and attendance. The show encompasses approximately 650,000 square feet of the North and South Metro Convention Centres.

The 2023 AutoShow promises to be a thrilling experience for visitors. Next year, the CIAS will celebrate its 50th anniversary of the modern era of the show, and excitement is already starting to build for this milestone event.

The next show will pay homage to the past five decades and include many of the exhibits that audiences have come to love and appreciate. There will be more than 1,000 cars, trucks and SUVs on display.

AutoShow organizers intend to once again exceed expectations by presenting a total immersive experience that captures the true spirit, excitement and diversity of the automotive industry.

Michael Eatson is president of the Trillium Automobile Dealers Association and is president of Peterborough Volkswagen. This column represents the views and values of the TADA. Write to president@tada.ca or go to tada.ca. For information about automotive trends and careers, visit carsandjobs.com.