A little skepticism is in order here, despite the great excitement being generated by Power Japan Plus's recent announcement.

A battery made of cotton? And one that could finally make electric vehicles acceptable to mainstream consumers?

Yes, indeed, if a company called Power Japan Plus can be believed.

A little skepticism is in order here, despite the great excitement being generated by the company’s recent announcement. Battery breakthroughs are like blowing bubbles: Puff and they float up bright, shimmering, enticing. Then, poof, they’re gone.

In real life, progress is plodding. As I’ve noted before, experts say EV batteries have improved, on average, 6 to 8 per cent annually, in range, longevity, safety and cost. And they expect that pace to continue.

Carmakers even disagree over whether plug-in battery power is the future. In a recent example of the divide, Toyota ended an EV development agreement with Tesla and said it would focus, instead, on fuel-cell technology.

Still, the news from Power Japan Plus is intriguing.

First, an ultra-simplified refresher: EV batteries are comprised of cells. Each cell contains electrodes (a negative anode and positive cathode), kept apart by a separator, with all these parts immersed in a material called the electrolyte. Lithium ions flow back and forth between the anode and cathode.

In current EV batteries, the anode is graphite and the cathode some combination of metals. Research is focused on finding better combinations for the cathode and switching to silicon for the anode.

Cell performance is limited mainly by the number of ions the electrodes can store, how fast and in what quantities they flow, and how well the electrodes withstand the repeated expansion and contraction as the ions enter and leave.

Most drop to 20 per cent of their original capacity after seven or eight years, and 30 per cent after 10.

As well, the chemical activity in the cells generates heat, which must be removed. And the electrolytes usually contain flammable materials, creating a potential fire hazard.

The battery’s major claim to fame is that both the anode and cathode are made with carbon.

Gram for gram, carbon holds as many lithium ions as the materials in conventional batteries, the company says. But it lasts much longer ? at least 3,000 charge and discharge cycles without deterioration, which means it would last as long as most cars.

The electrolyte is an organic substance that won’t burn. And the cells generate very little heat, eliminating the need for costly thermal-management systems.

The Ryden can also be recharged 20 times faster than current models, and contains no rare earth or heavy metals, which helps to make it both ?100-per-cent recyclable? and cost competitive, the company claims.

Even better, it says, carbon for the electrodes will eventually come from organic cotton treated in a ?carbon complex? process.

That’s vague, as is much else about the ?dual carbon? battery. For example:

‘The dual carbon design … combined with (the) organic electrolyte allows for a unique current flow within the battery. Positively charged lithium ions flow to the anode and the negatively charged anions flow to the cathode. This shortens the distance of current flow within the battery, allowing for faster charge and discharge.’

I’ve asked for details, but a spokesperson explains the company, a small start-up, has ?quite honestly been overwhelmed by the media response? to its announcement and will take some time to reply.

The company plans to begin benchmark production later this year for specialty markets such as medical devices and satellites.

‘For larger-demand industries, such as electric vehicles, (it) will operate under a licensing business model, providing technology and expertise to existing battery manufacturers.’

I wouldn’t normally write about a ‘breakthrough’ so early.

But this one has a certain logic, and has generated so much buzz that it deserves to be followed. 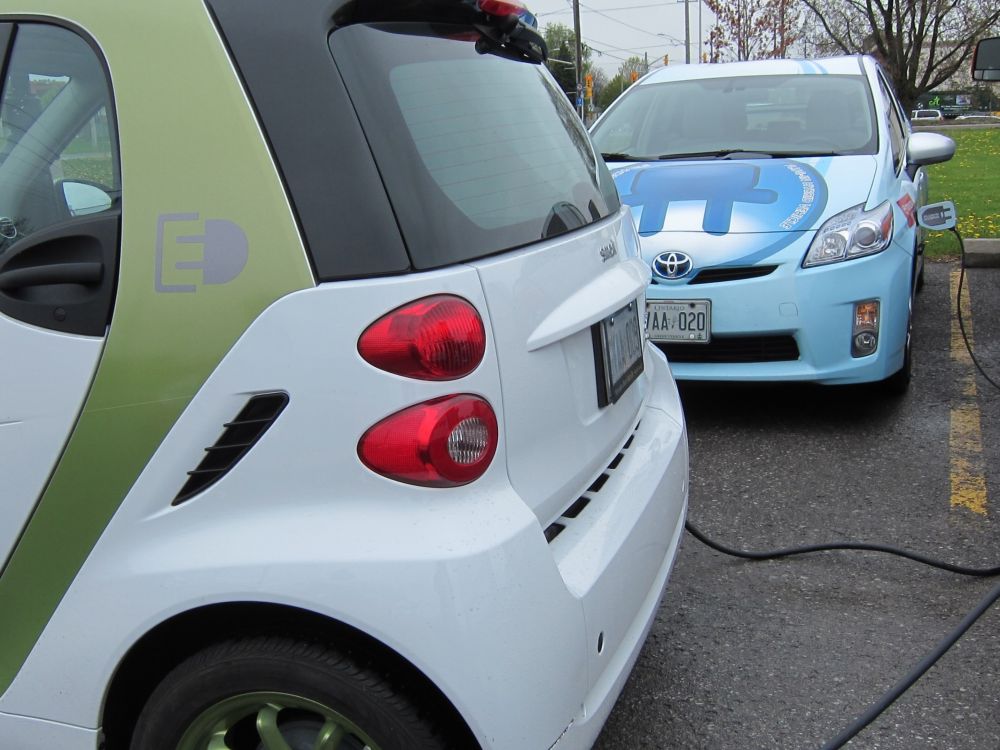