Murray's latest is called the T.50

Gordon Murray, one of the greatest Formula 1 car designers of all time is back. And once again, he’s partnering up to build a road car in collaboration with an F1 team. Yes, it’s a hypercar, but it’s not the team you’re expecting.

The South African engineer started his career with Brabham where he stayed until he moved to McLaren in 1987. That’s when he penned F1 cars that won both the driver and constructors’ titles four years in a row. His next move was from Formula 1 to F1. The McLaren F1.

Murray’s latest is called the T.50 and despite his long and successful history with McLaren, this one comes from a different racing team. One with a Canadian connection. Gordon Murray Automotive is pairing up with Racing Point Formula One for this new model.

Pairing up with Racing Point means that Murray’s team now has access to a wind tunnel. They can move beyond computer simulations to test out the aero package in the real world. The two claim that this car will have “the most advanced aerodynamics of any road car,” so it needs to back those claims up.

It takes the long-since banned from F1 fan-car technology that Murray came up with for the Brabham BT46 back in 1978. Moving the air under the car literally sucks it into the pavement, letting it corner faster and harder than ground-effect and winged downforce alone. Unlike the older version, this one doesn’t need a skirt to seal with the tarmac, so it shouldn’t suffer from the violent and possibly catastrophic disconnection with the ground that the older F1 car suffered. Six aero modes will be available, including high downforce, Vmax, and braking modes. 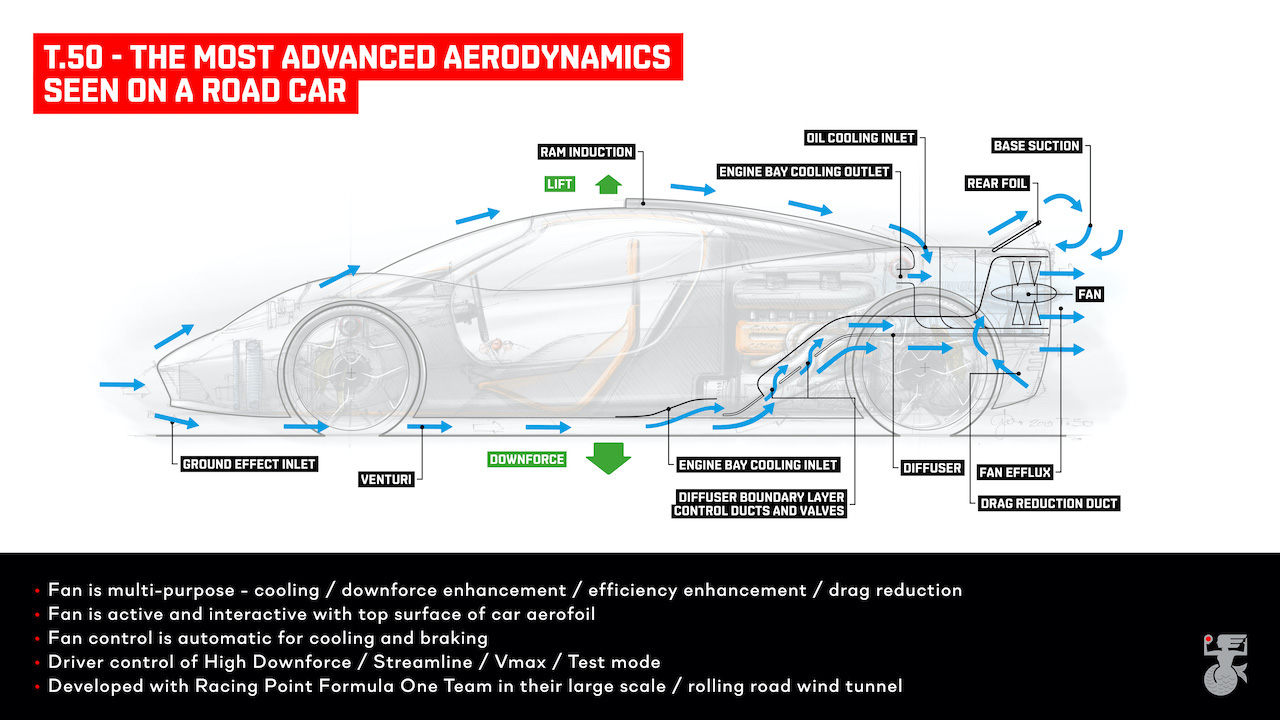 Powering the 980 kg T.50 is a bespoke V12 from the engine experts at Cosworth. For a car already draped with superlatives, Gordon Murray Design says this will rev to 12,100 rpm, “the highest-revving road car engine ever made.” Combined with a 48-volt mild-hybrid booster system, the engine will be capable of 700 hp.

Like the F1, the T.50 will have a three-seat layout, putting the driver front and center, flanked by two passengers sitting behind. It will be a fully carbon-fibre monocoque chassis and body.

“We were highly focused on achieving the purest possible form for the T.50, an objective weâ€™ve achieved through world-first engineering innovations and active underbody aerodynamics,” said Murray.

The car is set to be revealed in May of next year, with deliveries from January of 2022. It will be built at a new site in Dunsfold Park, UK, set to open early next year. 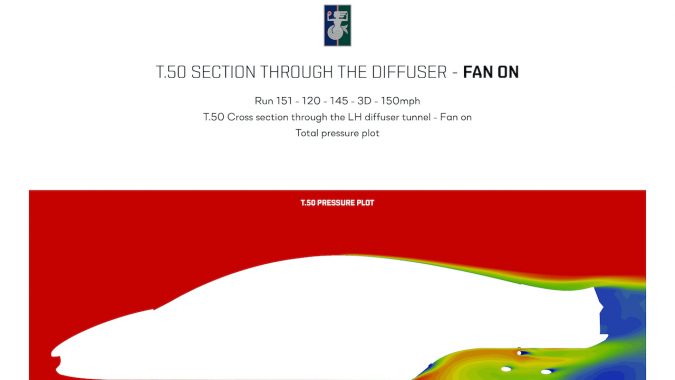 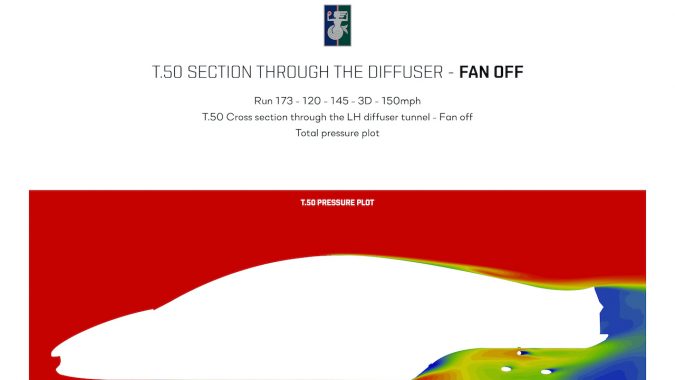