Auto racing columnist Norris McDonald says TV and social media numbers are benefitting one form of racing over another.

At Road America, where the IMSA WeatherTech Championship series was running this weekend (Brazilian driver Pipo Derani and teammate Johannes van Overbeek were the winners in a Nissan; see more below), Scott Atherton, its president, announced some really good news so far as TV and social media numbers are concerned.

In particular, and what caught my eye, was his announcement at a State of the Series media conference that IMSA had experienced a 37-per-cent increase in TV viewership over the last 12 months and, in particular, a peak viewership audience of 1.1 million for the race at Long Beach, Calif., in April, which was carried live on FOX. 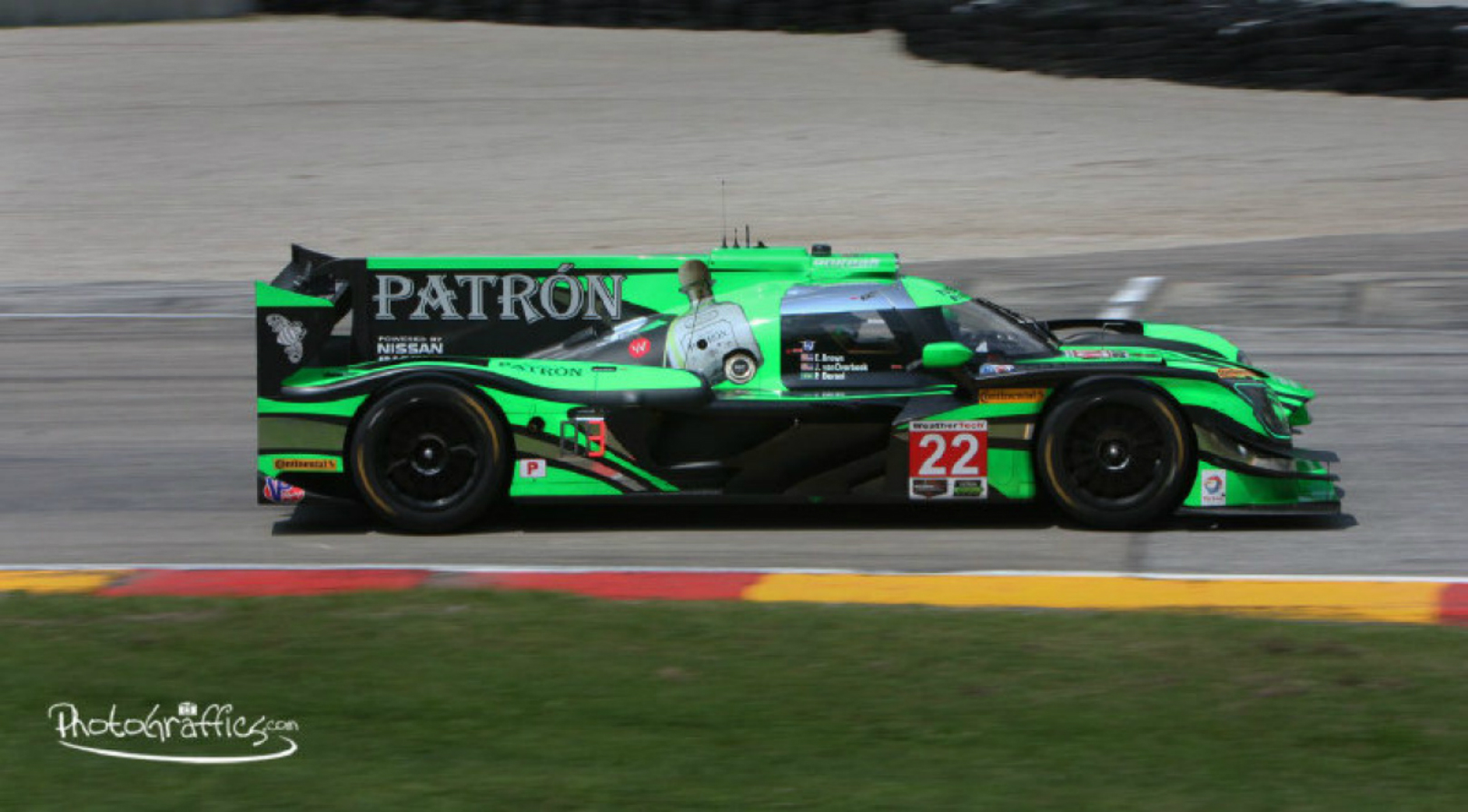 Sports Media Watch, which keeps track of these things, reported that the IndyCar race from Long Beach this year, which was held the same weekend as the WeatherTech race, had a 0.2 final rating and 321,000 viewers on the NBC Sports Network. This, according to SMW, was down 20 per cent from 2016. SMW added that it was the least-watched Long Beach race since it became a part of the IndyCar schedule in 2008, and the least-watched overall since at least 2006.

That is not good news, for sure.

If the headliner, IndyCar, draws a TV rating of less than 350,000 viewers while the so-called support series, IMSA, attracts more than a million, you would think, Houston, that IndyCar has a problem.

Now, this is not all that unusual (although every time I see it happen I think I must be hallucinating). I have been at races where the NASCAR trucks have been the first race of the evening and the Indy cars have been the second. There was an almost-full grandstand for the trucks (Las Vegas, 2005) and when that race ended, two-thirds of the people there got up and left, even though their tickets allowed them to stay for the Indy cars.

And I was at Kansas Speedway in 2009 when a half-full grandstand Saturday afternoon saw Mike Skinner win the truck race and a nearly empty grandstand Sunday afternoon watch Scott Dixon win the IndyCar race.

To be fair, that 1.1-million, peak-viewership audience for the IMSA race at Long Beach was a snapshot of a moment in time. I don’t have access to the average number of people who watched that race but it was undoubtedly less than a million — although probably not that much lower. Plus, IMSA was on a full network (FOX) while IndyCar was on the cable NBC Sports Network. And NASCAR truck fans are not necessarily racing fans; they’re NASCAR fans. Those things all count.

But it still must be disconcerting for the IndyCar brass to hear Atherton say what he said, and to look at the figures themselves, and to read the follow-up reports, and to not feel somewhat threatened. 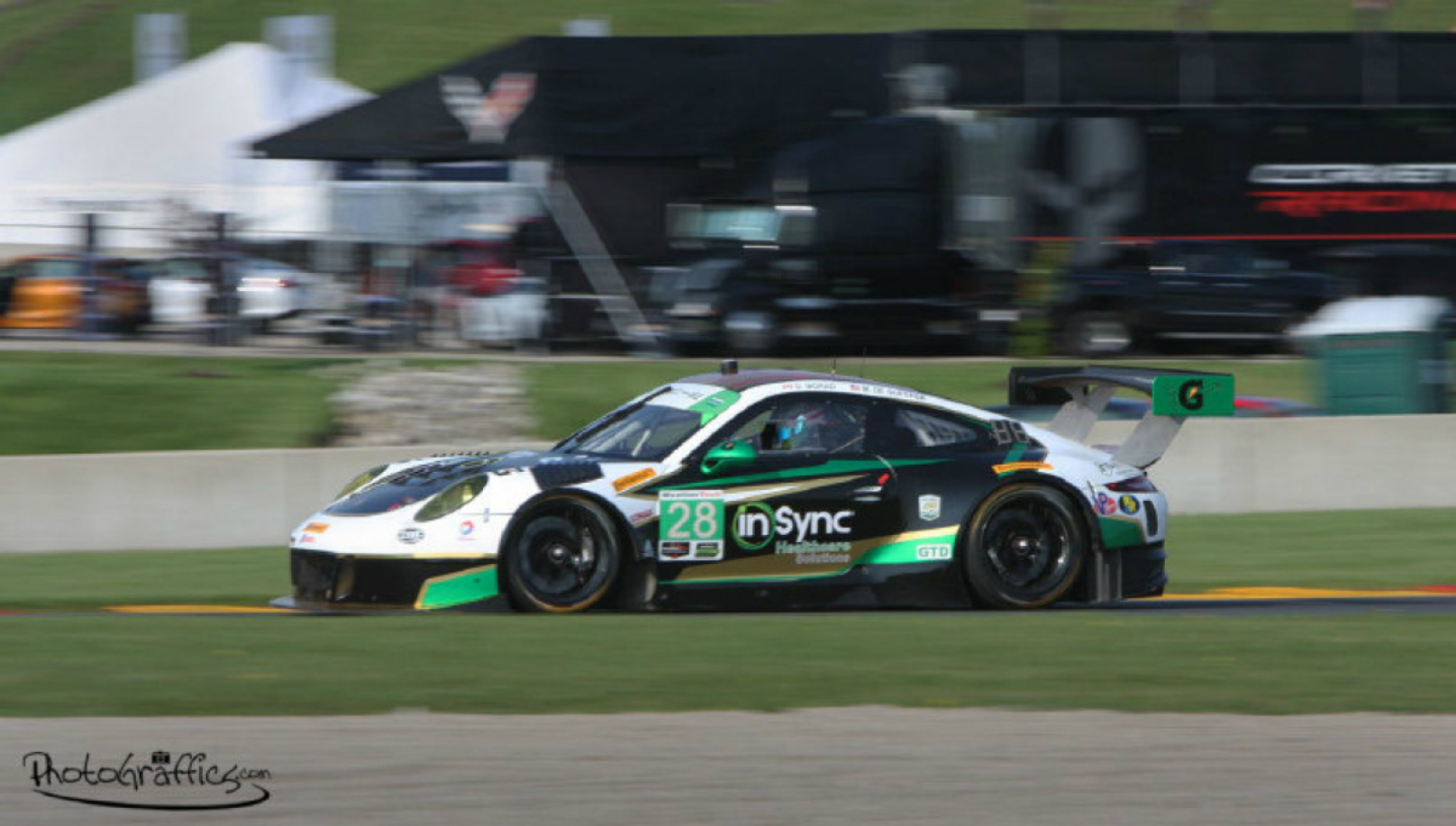 One last thing about IndyCar. Despite the razzberries sent its way about wrapping up the season before the NFL schedule starts, IndyCar is not alone when it comes to making way. This week, the PGA is going to announce the shifting back of some of its major tournaments to spring in order to have its FedEx Cup over and done with before the NFL season begins.

The NFL is just too big to go up against after Labour Day. NASCAR knows this too, because the TV ratings for Cup playoff races always go down — which is why it’s imperative for NASCAR to use its imagination and shake up the Chase race locations. More races on Saturday nights would work, but more importantly, they have to add road courses. How about starting the Chase at Canadian Tire Motorsport Park? It would be a sure winner, attendance and TV ratings-wise.

As I watched the Monster Energy NASCAR Cup race from Watkins Glen Sunday afternoon, primarily to see how Gary Klutt of Halton Hills did (he finished 31st; Martin Truex Jr. won the race with Matt Kenseth second and Daniel Suarez third), I was thinking about how the glamour-puss class in NASCAR is changing.

There are indications that older drivers who aren’t doing much (Kenseth — despite that second place Sunday — Kasey Kahne and others) are on the way out and younger guys ready and willing to take their place are being welcomed with open arms. Why? Because there are all sorts of young racing drivers out there with access to untold millions of dollars and it’s costing a fortune to race at that level of NASCAR these days and teams are looking for drivers who can bring money. Lots of it.

Even some of the older, established drivers are talking in public about what they’re already bringing to the table. Take Kurt Busch, for instance. His people are negotiating with Stewart-Haas Racing on a contract for 2018 (you’ll recall Stewart-Haas didn’t pick up the option for Kurt to race another year with them, but that doesn’t mean they aren’t talking). Said Busch last week: “It’s a unique situation for our sport, though, to have a Daytona 500 champion — who delivers eight figures in sponsorship money — in a free-agency situation.”

“Eight figures in sponsorship money” means a minimum of $10 million.

That’s a lot of moolah.

It also means it’s not enough. NASCAR only had 37 cars start the race at Watkins Glen on Sunday. A couple of years ago, before they went to the franchise system, they almost always had 43.

The times they are a changin’ — that’s for sure. 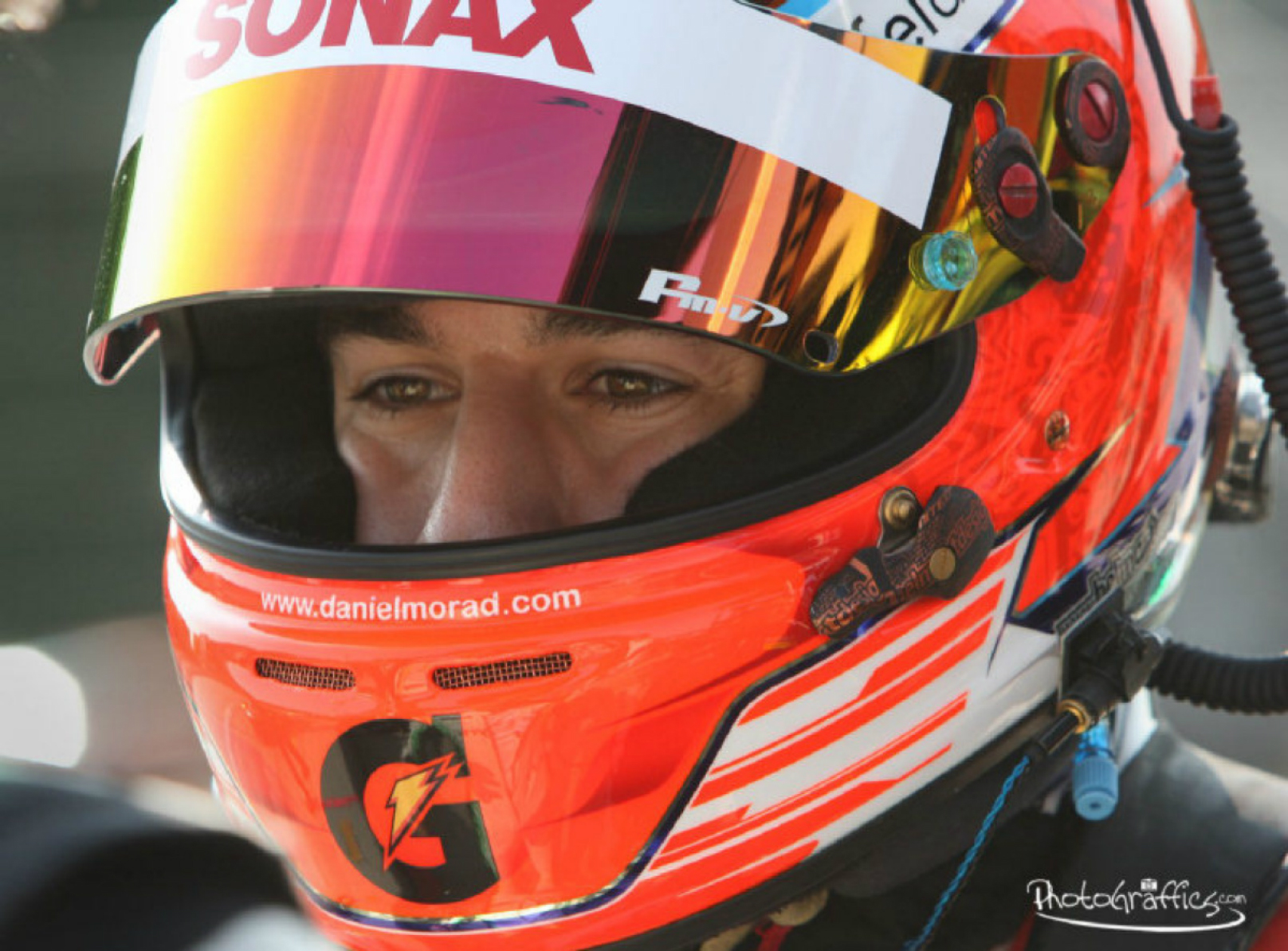 P.S. on NASCAR: Danica Patrick will likely be dropped by Stewart-Haas Racing at the end of the season. The stock cars didn’t work out for her. I, of course, will be sorry to see her go. I don’t think she was ever a priority on any of the NASCAR teams she drove for so far as equipment and personnel were concerned (y’all don’t want a GIRL winnin’, do ya?), despite the corporation wanting her to excel. Which is too bad because in this day and age where only the total packages make it to the top — talent, plus the ability to attract the sponsorship necessary to be out there — she is still the only woman able to make the grade. She could retire to look after her many outside business interests or do some one-offs. She’s said she won’t be a part-timer but the two 500-milers at Daytona and Indianapolis wouldn’t be a bad way to keep her name up there in lights. Of course, she could still sign a sponsor for next season or else Stewart-Haas might find one. Otherwise, I’m betting Kahne will wind up in her car as S-H maintains that come what may, it will run four cars next season.

That Super DIRTcar Series appearance at Merrittville Speedway for the running of the Bob St. Amand Memorial 100 was postponed Monday night due to afternoon rain and a forecast for inclement weather at the racetrack. The race will now be held Wednesday night. Check the Merrittville website for gate-open times, etc. 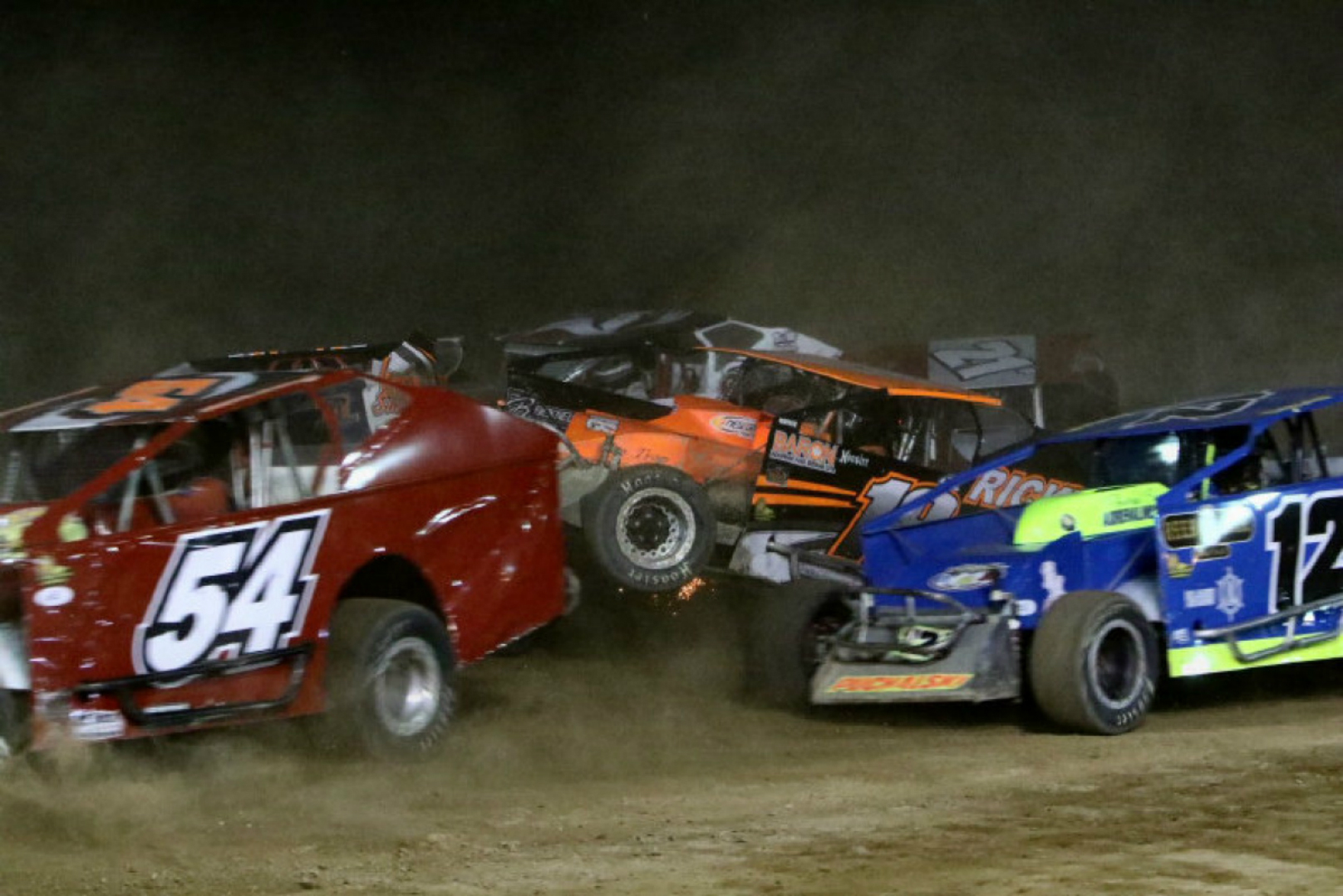 James Hinchcliffe might have a new partner at Schmidt-Peterson Motorsports next season. Mikhail Aleshin’s cheques have been slow to clear this year and a professional racing team like SPM can’t allow that to happen. Now comes word that Santi Urrutia, an Indy Lights driver from Uruguay who drove in that class for SPM, is telling people he has “70 per cent of the budget” necessary to race in the Verizon IndyCar Series next year. My guess is he replaces Aleshin.

In the same race, but in a different class, Ford emerged as a championship contender by ending a six-race winless drought to close the points deficit in GT Le Mans with just three races remaining. Joey Hand passed the Porsche of Laurens Vanthoor on a restart with 31 minutes remaining to win in the No. 66 Ford Chip Ganassi Racing Ford GT started by co-driver Dirk Mueller. That victory coupled with troubles from the top two teams in the GTLM standings moved the No. 66 Ford GT team to within five points of the class-leading No. 3 Corvette Racing C7.R duo of Antonio Garcia and Jan Magnussen. The No. 912 Porsche 911 RSR of Vanthoor and co-driver Gianmaria Bruni finished second, 0.621 seconds back, for the team’s second consecutive runner-up finish. The No. 67 Ford Chip Ganassi Ford GT of Ryan Briscoe and Richard Westbrook finished third and also remains in championship contention, 11 points out of the class lead.

Thanks to the IMSA PR staff for all of the above information.

Randy suggests racing fans consider attending Flamboro next Saturday for a big night of racing. First off, it’s the Memorial Night for the Pro Four Modifieds when they pay tribute to all those associated with the club that have passed on. Also on hand will be the Grisdale Late Models, the Ray’s Auto Centre & Towing Super Stocks, the Budget Tire Pure Stocks and the Klotz Auto Repair and Engine Machine Shop Mini Stocks. They will also be running the second set of features from the rainout on July 22. Any fans in the grandstands that night will be able to use their ticket (from July 22) to save $5 off for Aug. 12 only. Pits gates open at 4 p.m., front gates at 5 and racing will start at 6:30. 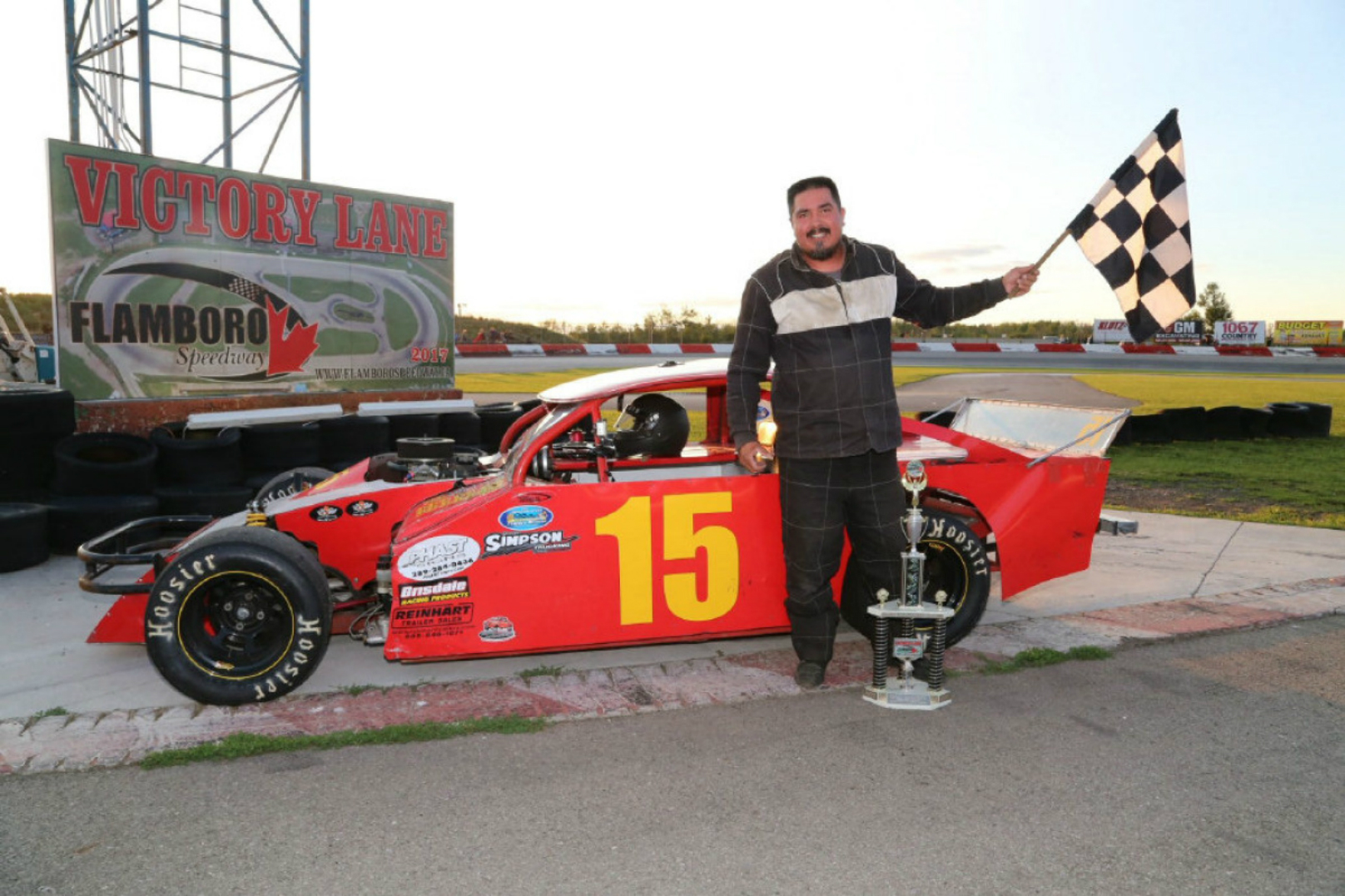