With most manufacturers setting their engine plans in motion with one eye squarely on Johnny Polar bear, downsizing displacement and the number of cylinders generally ranks pretty high on the list of development priorities.

Not at Aston Martin.

The brand most closely associated with James Bond has released details of an engine that could have easily been cooked up in Q’s secret laboratory. Set to be installed in the company’s upcoming Valkyrie hypercar, this 6.5L V12 beast is a glorious nod to big displacement and excessive cylinder count.

According to Aston, development of its new twelve-cylinder engine is progressing apace. Developed in conjunction with longtime technical partner Cosworth, the 65-degree V12 will make that 1000bhp figure at a mind-blowing 10,500rpm before continuing on to a maximum rpm figure of 11,100. Those numbers are unprecedented for a naturally-aspirated, emissions-compliant road car in today’s environment that favours smaller displacement forced induction engines.

It gets better. The company says these heady statistics aren’t even the full power picture of the Valkyrie. The V12 will be paired with a battery hybrid system, details of which will be revealed later in the development program.

Dr. Andy Palmer, Aston Martin Lagonda President and Group Chief Executive Officer, said of the Aston Martin Valkyrie’s V12 engine: “To anyone with a drop of petrol in their blood, a high-revving naturally aspirated V12 is the absolute pinnacle. Nothing sounds better or encapsulates the emotion and excitement of the internal combustion engine more completely.” Those who remember the glory days of F1 will surely agree. 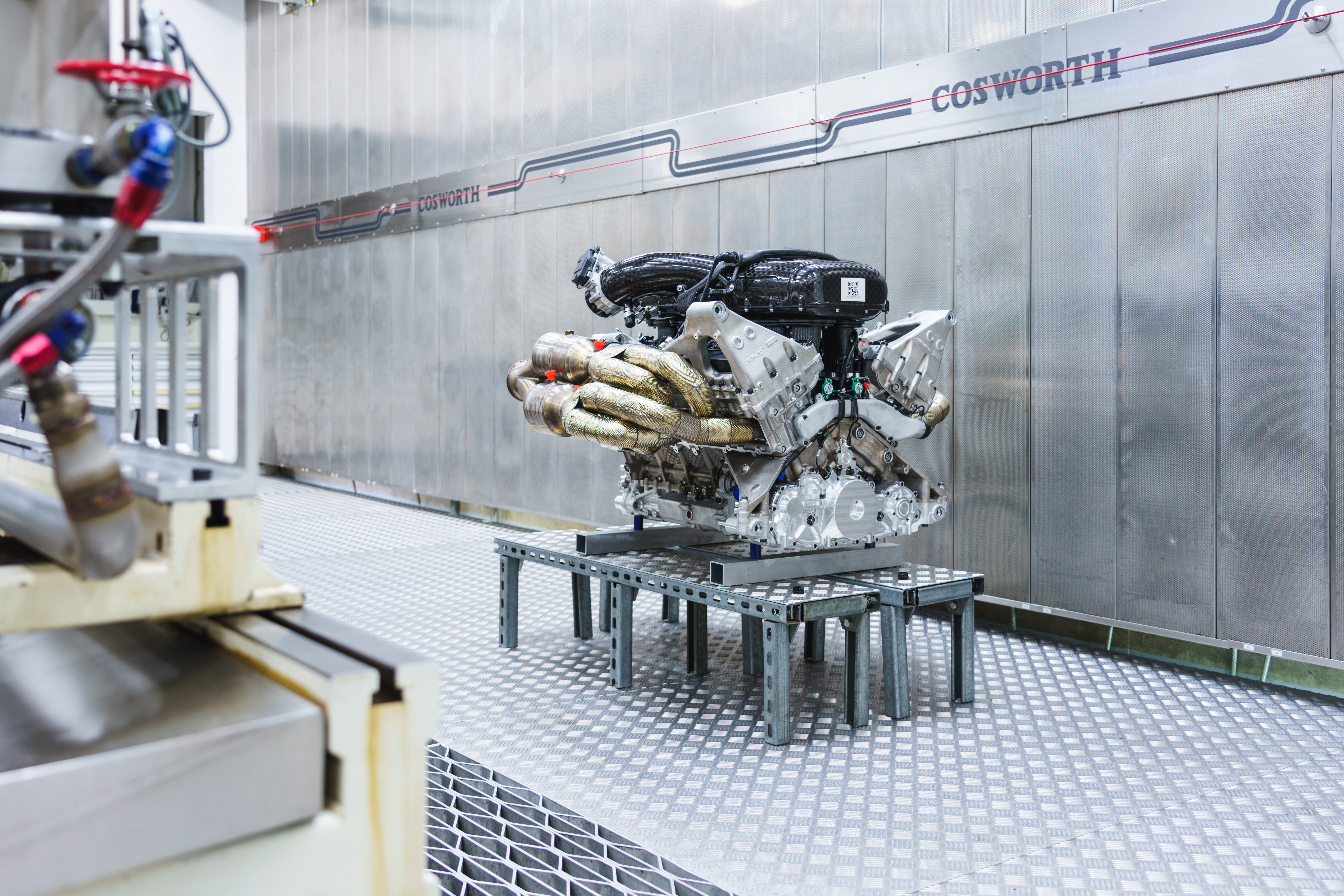 Aside from the major castings such as the block and cylinder heads, the majority of the engine’s internal components are machined from solid material. These include Titanium conrods and F1-spec pistons. Not only does this allow the use of material with ideal properties but the ultra-fine machining process means greater consistency and components optimised for minimum mass and maximum strength.

The result is an engine that weighs just 206kg. For comparison, the 2.7L EcoBoost V6 found in Ford vehicles is said to weigh 200kg. Aston’s motor has twice the number of cylinders and well over double the displacement.

Valkyrie is a unique project between Aston Martin and Red Bull Racing bent on earning the title of world’s fastest street-legal car. A production of 150 units is planned, each with a price tag of $3.2 million USD. 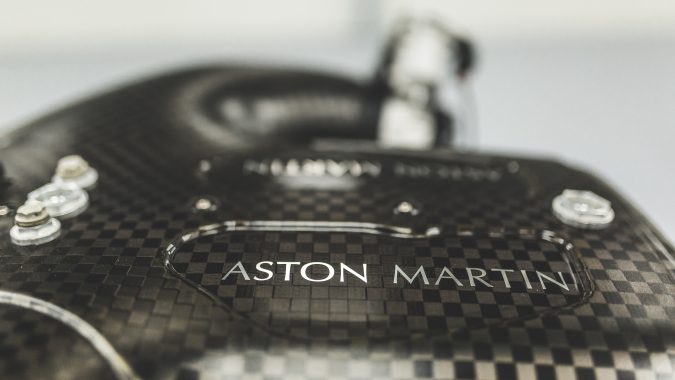 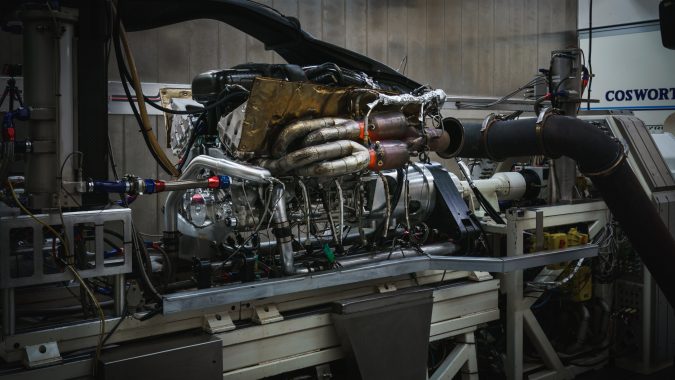 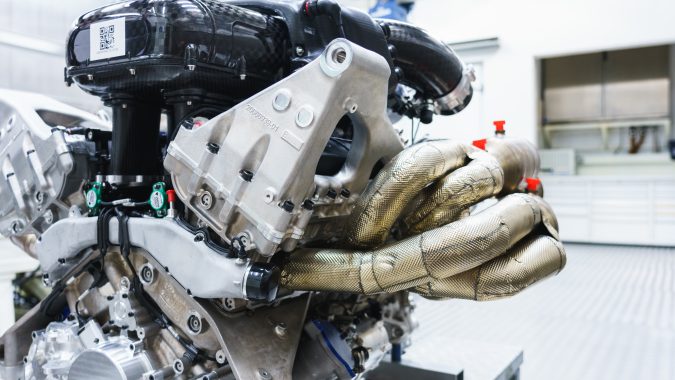 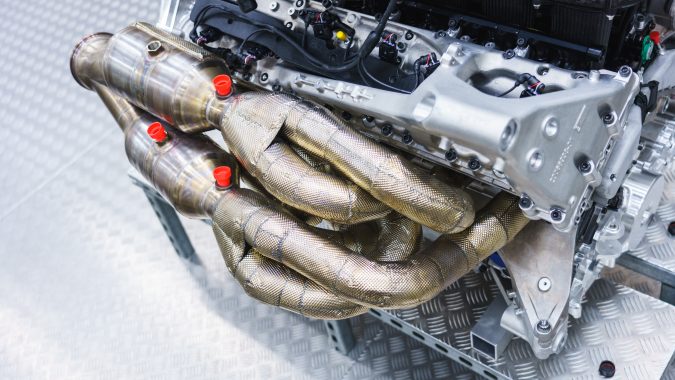 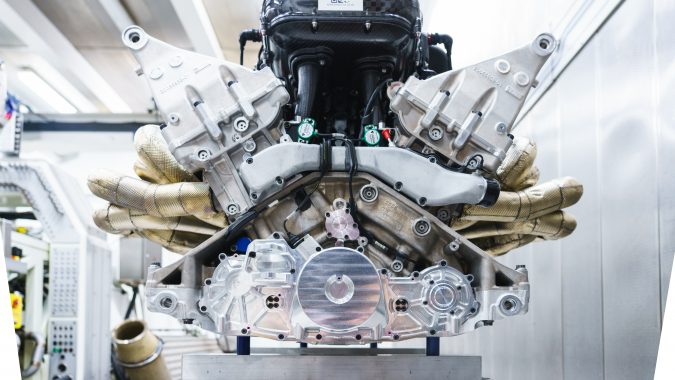 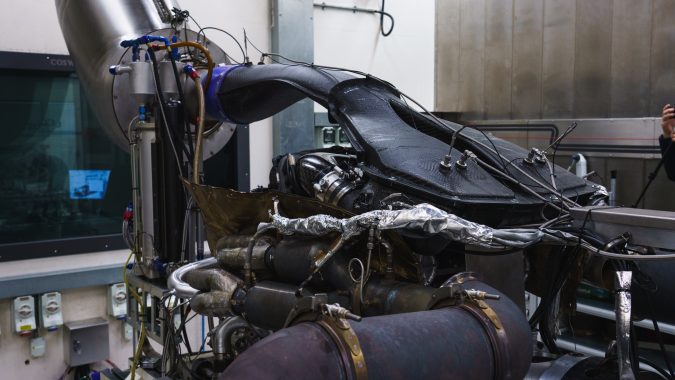 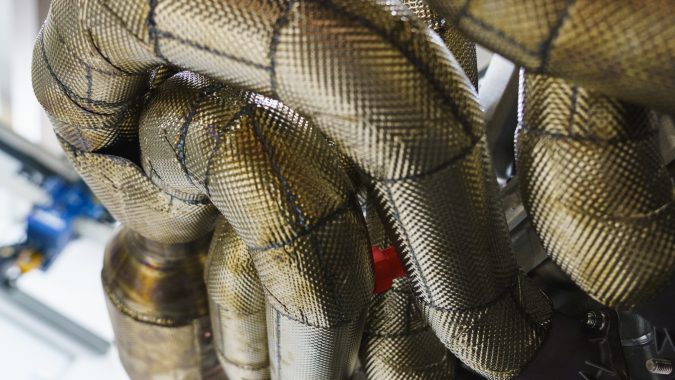 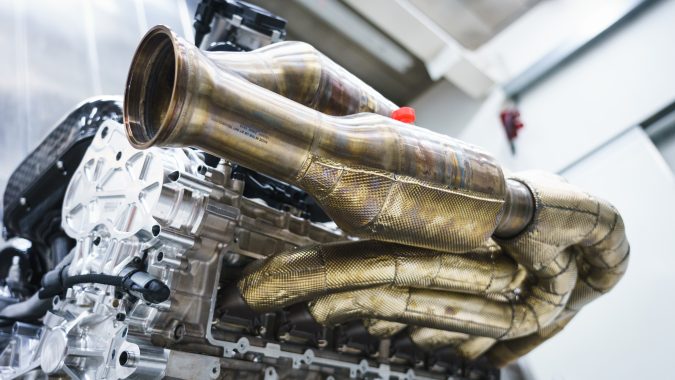 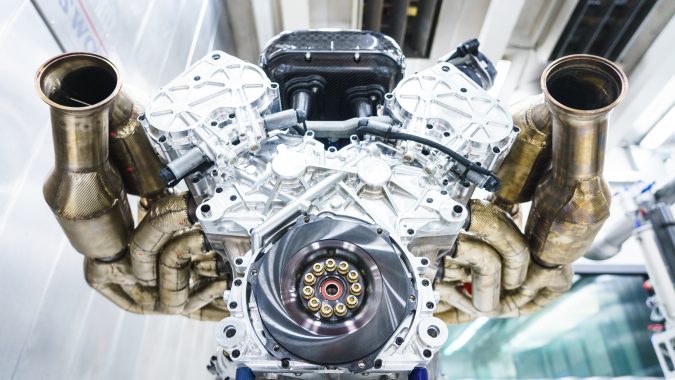 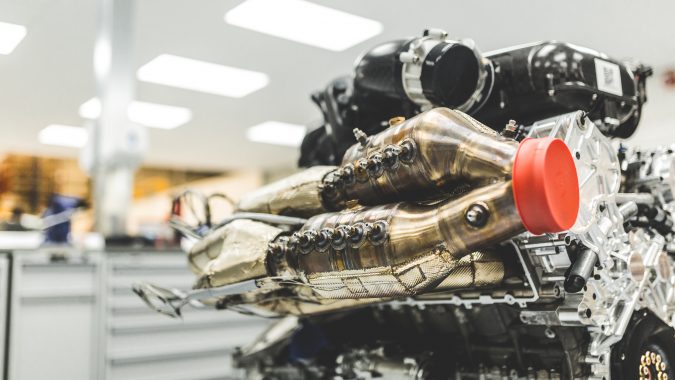