BrightDrop vehicles will be built at CAMI Assembly in Ingersoll.

In addition to electrifying large swaths of its passenger car lineup (Cadillac has announced its intention to exit the decade as an all-electric brand, for example), General Motors is charging ahead with other forays into the EV market. Enter BrightDrop, a technology startup within the walls of GM whose self-described mission is to help decarbonize the world’s delivery services.

Particularly, they stress, the so-called ‘last mile’ of delivery. This is broadly defined as around-town delivery services – when the FedEx truck pulls up at your door after receiving a package for you at their local sorting centre, for example. In fact, FedEx Express is one of BrightDrop’s first customers, having today announced the completion of initial production builds of the EV600 delivery van. This, said the company, is a key milestone to deliver its first electric light commercial vehicle (eLCV) in time for the holiday season.

“Getting our first electric vehicles on the streets in record time before another peak shipping season is the best gift we could receive this year, especially when we consider the supply chain headwinds the world is facing right now,” said Travis Katz, BrightDrop president and CEO in a call with Wheels. In fact, development of the BrightDrop EV600 vehicle was the quickest ever witnessed at GM, taking just 20 months to go from first conception to commercialization.

To start, BrightDrop will have a pair of delivery vehicles, unimaginatively called the EV600 and EV410 in reference to their powertrain and amount of cargo space in cubic feet. Designers are said to have driven with delivery professionals in existing diesel-powered vehicles, taking notes on design attributes that would make life easier for these busy drivers. A low step-in height was integrated, along with a vestibule-like area in the vehicle for easy access to the next stop’s delivery package. 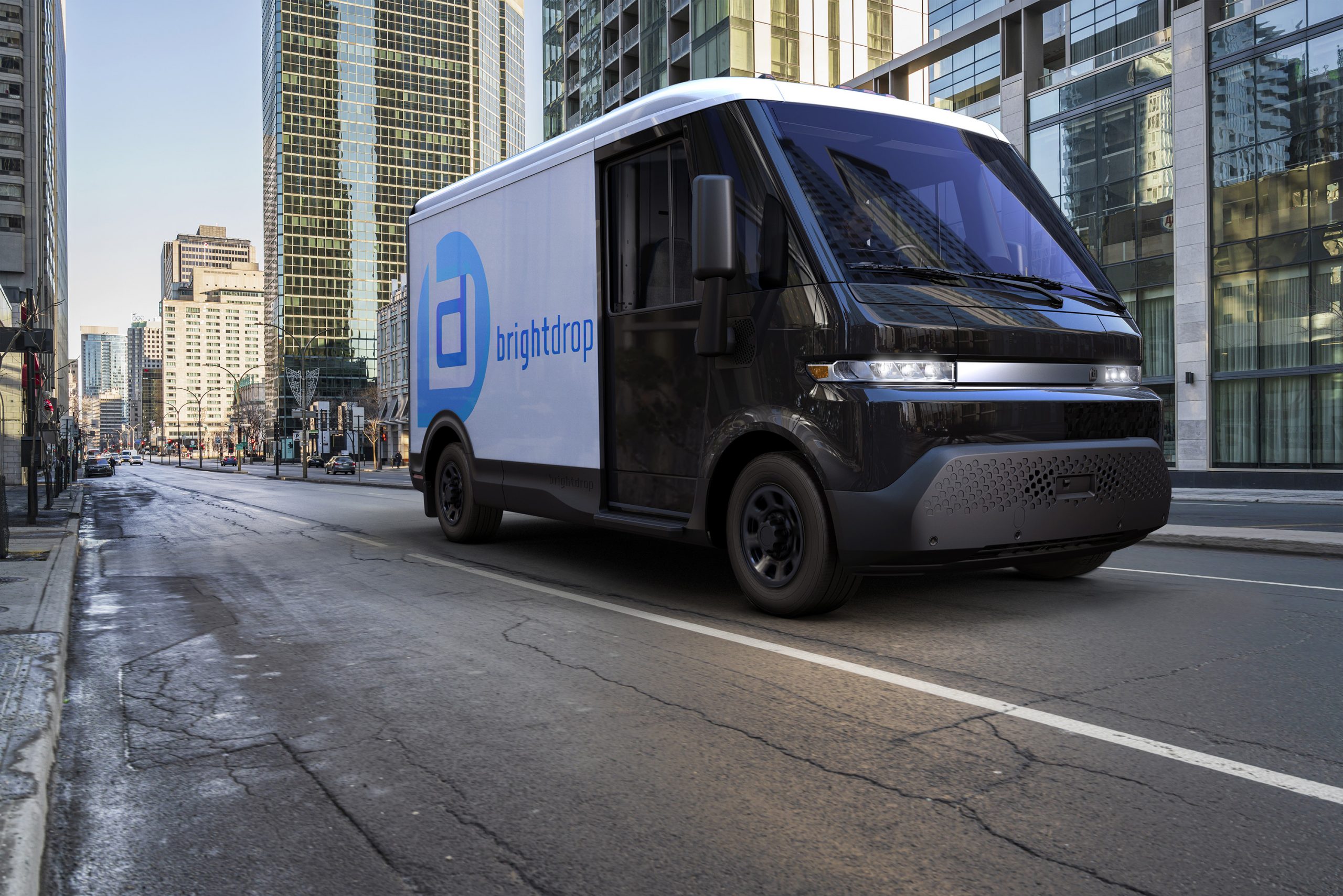 The BrightDrop EV410 is a medium-size electric light commercial vehicle. Equipped with over 400 cubic feet of cargo area and designed for smaller, more frequent deliveries or as a service vehicle – from online grocery delivery to telecom maintenance – the EV410 offers versatility and expands zero emissions driving to new markets.

Both the EV600 and EV410 will use GM’s Ultium battery system, the same type which will crop up in the Cadillac Lyriq and other future EVs like the GMC Hummer variants but not, it should be noted, the troublesome Chevy Bolt. Ultium differs from that car’s battery tech in that it is a new chemistry with a completely different form factor for items like the batteries, module, and electronics. BrightDrop employees were tight-lipped when asked about the EV600/EV410 battery size in terms of kWh but did state they expect a range of roughly 250 miles (400 kilometres) in both vehicles.

Why should you care about all this? Because GM plans to build BrightDrop vehicles at CAMI Assembly in Ingersoll, that’s why. Any new allocation of product is a good thing for Canadian manufacturing, especially when it’s a forward-looking vehicle like those from BrightDrop. A company spokesperson told Wheels the first examples are being hewn through a low-volume production arrangement with a Michigan-based supplier, with CAMI officials on hand to learn the process. After the first run, tooling will be packed up and shipped to Ingersoll where EV600 production is planned for late 2022 with the EV410 showing up the next year.

Speaking of, it is hoped the EV410 will drive further adoption of all-electric vehicles in delivery environments. It has a total length of under 20 feet (6,096 mm) yet can carry over 400 cubic feet of delivery packaged. To put that in perspective, the new Chevrolet Suburban is just a foot shorter but has a cargo volume of roughly 145 cubic feet behind the first row of seats. The lack of a conventional powertrain permits a much greater wheelbase – some 15 inches more than the Suburban – by pushing the wheels out to the corners and not having to deal with the packaging restrictions of a traditionally-fuelled engine.

BrightDrop said FedEx has signed up for an initial run of 500 vehicles, while American telecom giant Verizon has committed to an undisclosed number of rigs. Neither party would disclose how many of those vehicles will be delivered by the end of 2021, nor would they go on the record with plans for dealer distribution and service plans. In other words, it sounds like they want to have all their ducks in a row prior to releasing those particulars.

Elsewhere in the BrightDrop effort, company officials are very bullish on a supporting product called the EP1. This is an all-electric smart container designed to replace the age-old hand dolly, signaling BrightDrop’s interest in capturing more than just the vehicle portion of the delivery market. In a pilot program with FedEx in Toronto, the EP1 – which can store about a half pallet worth of goods up to 23 cubic feet on a 200 pound payload – reportedly helped couriers handle 25 per cent more packages per day compared to traditional technologies. 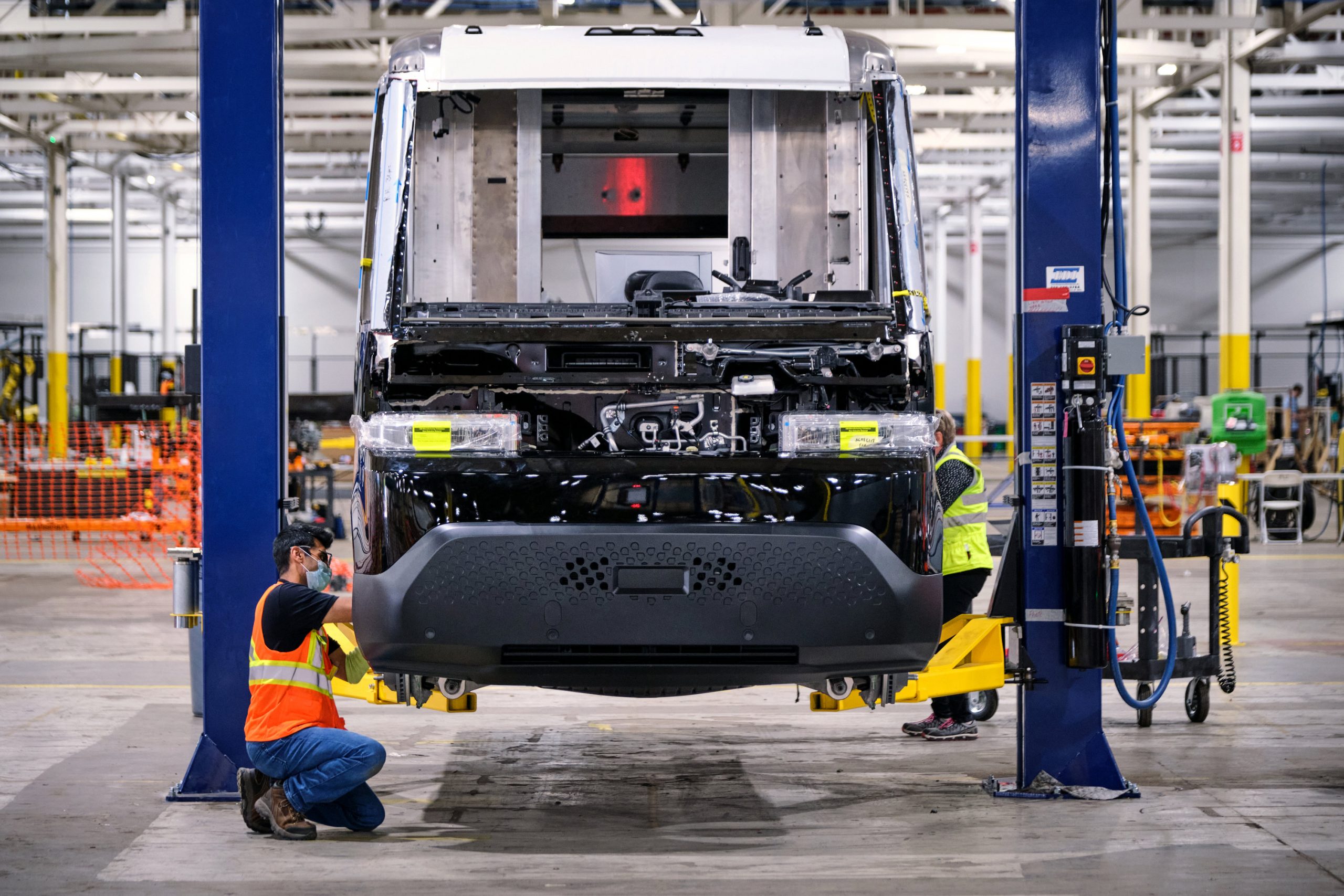 Back on the road, the EV600 is slated to hit street later this year in undisclosed numbers as the company’s first electric light commercial vehicle (eLCV). It’ll be joined by the mid-sized EV410 when production begins on the latter in 2023 at CAMI Assembly right here in Canada.