“We’re at about -30 (degrees) in Kapuskasing right now,” said one chilly-looking but possibly off-site GM communications officer. “And we’re not even talking windchill yet.”

He was speaking at an online meeting that was originally planned to take place in person at GM’s Kapuskasing, Ontario cold weather testing facility, which is roughly a nine-hour drive from GM Canada’s headquarters in Oshawa. Originally opened in 1941 to test war-time military vehicles in frigid conditions, it became a permanent GM cold-weather testing centre for basically all of GM’s North American vehicles in 1973.

And for folks who work there – a handful of them all year round – there are still surprises and challenges that they likely never expected back at engineering school.

“On my second day there, out on the test track, I noticed a mother black bear and her cubs were on the track up ahead,” said Connor Sutton, the Cold Weather Engineering Test team leader that oversees cold weather durability testing in Kapuskasing. “They had gotten over (or through) the protective fencing we had there.”

The typical early test vehicles arrive a couple years before they’re launched to the public, said Sutton. “We’ll get some of the first vehicles that are hand-built through an entire winter, and then usually again in the prototype or very early production phase.”

Time is of the essence here, as the facility is typically full-speed ahead for roughly three months of the year, with anywhere between 50 and 70 vehicles on site during busy winters, and up to 50 people in various testing roles. There are fewer of both in slower years, and this winter thanks to COVID, while in the summer time, the facility is pared down to a skeleton staff of roughly five people, working to set up next winter’s testing regimens for maximum efficiency. 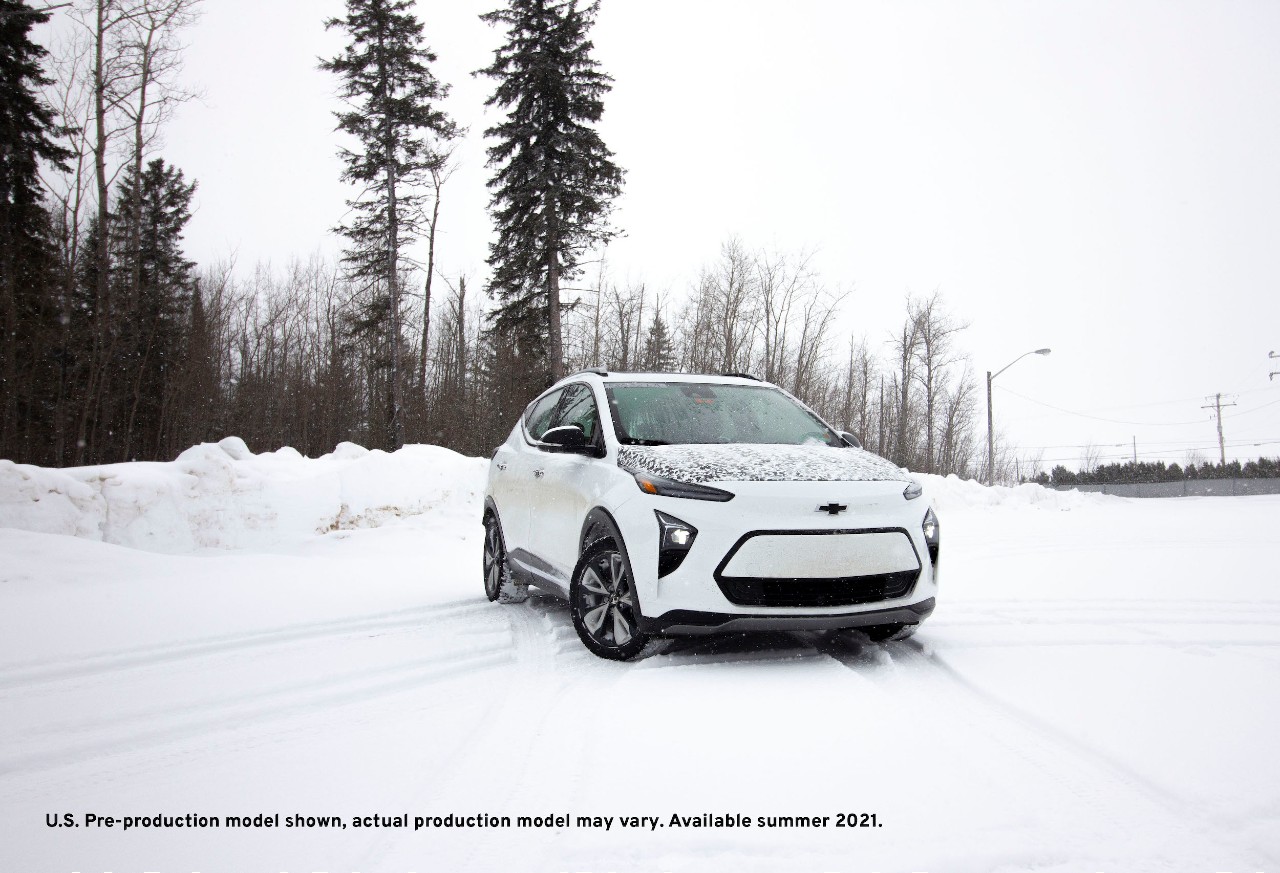 “When the vehicles are here and on site, we’re testing them 24 hours a day, seven days a week,” said Sutton. “We’ve seen blown turbos, or gaskets completely leaking and cylinder walls actually destroyed.”

GM says that the 272-acre facility pushes through the components of roughly 150 to 250 vehicles a year, with a separate battery lab to test 12-volt as well as electric vehicle battery cells under extreme cold conditions. Vehicles are left outside for extended cold soak testing, often plugged in (for EVs), and occasionally with block heaters for internal combustion vehicles.

“The start-ability is a big area of focus for us, so we do look at it closely,” said Sutton.

Vehicles are driven regularly on the public roads in and around Kapuskasing as well, with camouflage-covered vehicles a regular sight in the area. Most years, GM even rents out the local airport for additional high-speed tarmac testing possibilities, though it declined to in this COVID-ravaged year, reportedly costing the northern Ontario town roughly $65,000 in municipal revenue this winter.

Sutton said that 95 per cent of GM’s North American vehicles are tested in Kapuskasing, and the only ones that aren’t are ones whose development cycles don’t align with winter. In those cases, they are tested in Oshawa’s well-known Automotive Center of Excellence (ACE) climactic wind tunnel at Ontario Tech University in Oshawa, but always with durability processes managed by GM’s Kapuskasing team. 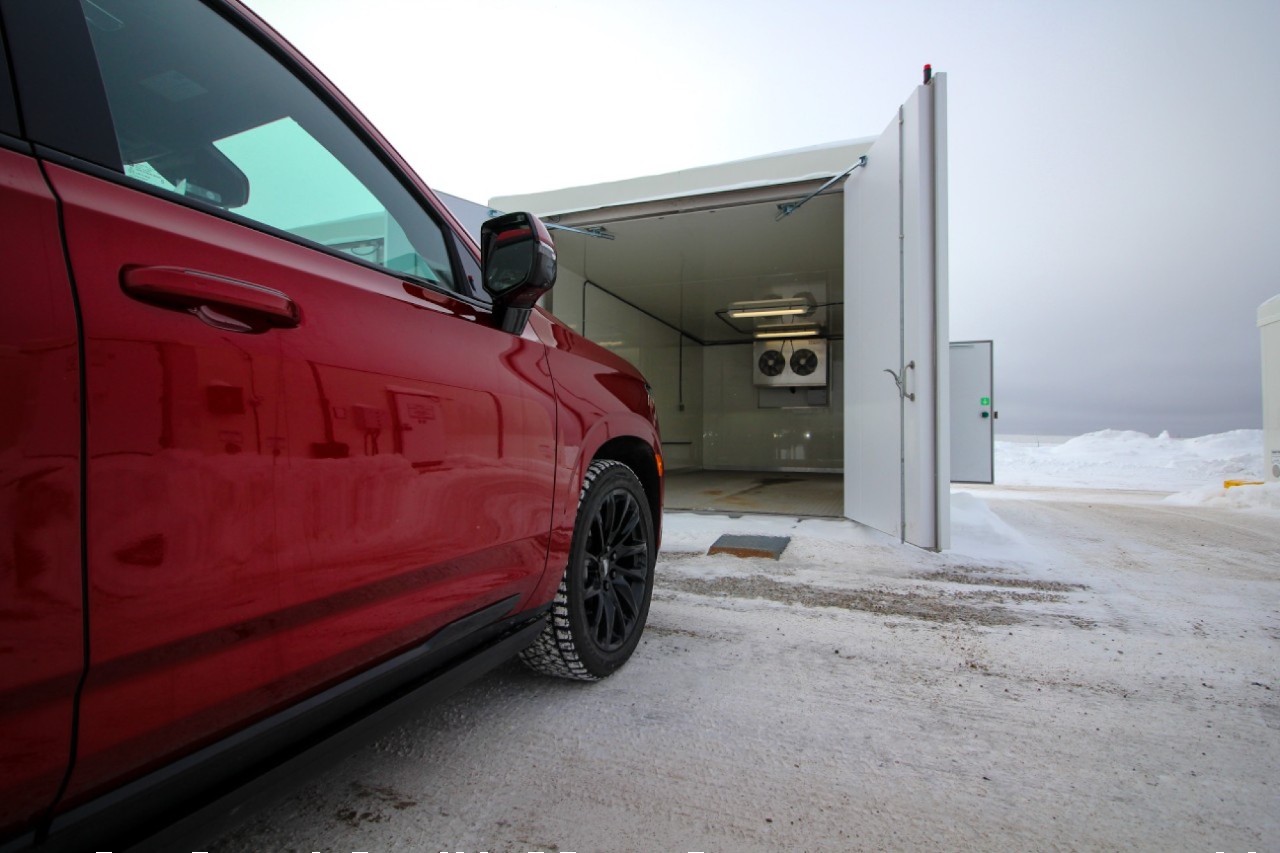 GM is bringing more and more electric vehicles to market in the next few years, but with the Volt extended range EV earlier and the all-electric Bolt now, they have adapted their durability testing to EVs years ago.

“A lot of those differences was related to the fact that you can keep (ICE vehicles) running and testing for a very long time, whereas for EVs, that’s more difficult (because of the recharge times),” said Sutton. “But we’ve been able to adapt our tests to maximize our test time, while charging and running.”

Each vehicle, no matter how it’s powered, will typically run through at least two winter cycles at the facility through its development stages, plus they do have regular testing of production vehicles there after the fact. This is especially true if any upgrades are planned to the powertrain, or issues are found, as part of an ongoing testing program, said Matthew Adams, Operations Leader at the facility.

The Kapuskasing test site is part of GM’s Canadian Technical Centre, which also encompasses test and engineering facilities in Oshawa and Markham, and expanded with the recent completion of the CTC McLaughlin Advanced Technology Track in Oshawa, with testing starting on it last month.