Originally GM Canada said production wouldn’t begin until the first quarter of 2022, owing to the time needed to properly staff up the facility and re-tool it for truck production. That timeframe was revealed in November 2020 when GM and its union partner Unifor reached an agreement that included the return of truck production to Oshawa.

At the time, GM said total investment in Oshawa would be in the $1 – $1.3 billion range and it would be hiring 1,400 to 1,700 hourly workers. In a statement issued earlier this week, the company said the investment would hit $1.3 billion and that almost 1,700 new jobs would be created.

The new spending will cover items such as a new body shop and flexible assembly module, along with massive plant infrastructure upgrades. Specifically, the facility will receive 1,200 new robots that will cover roughly 30 acres of automation, 3,150 metres of new conveyors and about 500 kilometres of electrical wiring, according to GM. It says the body shop alone have a footprint roughly equivalent to 13 acres. 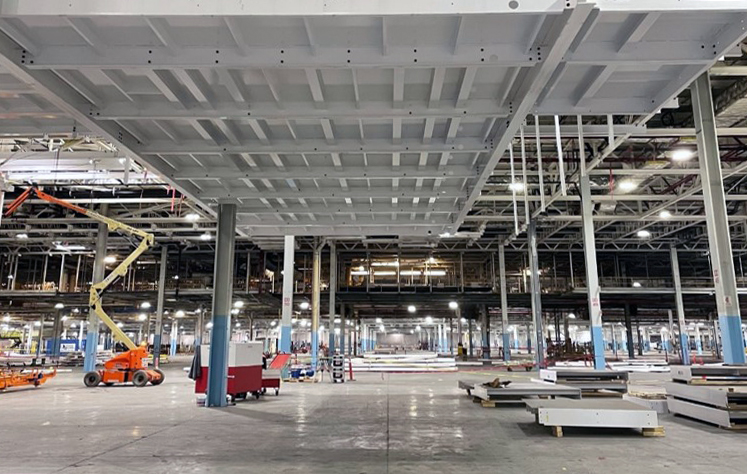 The Oshawa Assembly re-launch, one of the fastest of its kind in company history, GM says, boils down to a couple of key factors: the high continent-wide demand for full-size pickups, which are the company’s best-selling vehicles on both sides of the border, and the facility’s expertise in mask manufacturing during the COVID-19 pandemic.

While the former is an obvious motivating factor, the latter proved to be just as vital. Last spring, GM agreed to manufacture masks at cost for the Canadian government. It turned a corner of the Oshawa plant into a mask-making operation, a site GM dubbed the Canadian Mask Making (CMM) room where 50 workers on two shifts began churning out masks.

The CMM operation produced roughly one million masks per month beginning in May 2020 and running through last month when GM announced it had fulfilled its commitment to the Public Health Agency of Canada to manufacture 10 million masks.

This experience helped spur the decision to move up Oshawa Assembly’s re-launch according to Scott Bell, GM Canada president and managing director.

In an interview with Wheels.ca earlier this week, Bell said the mask-making experience proved the facility’s workforce, which has been hovering at roughly 540 since early 2020 when it was converted to a parts-making and sub-assembly operation, could successfully meet new challenges with short turnarounds.

“The team has demonstrated time and time again that whatever challenge you can throw in front of us, we’re up for it and we will find a way to get through it. I will tell you that [the accelerated schedule] is a lot of that,” Bell said. 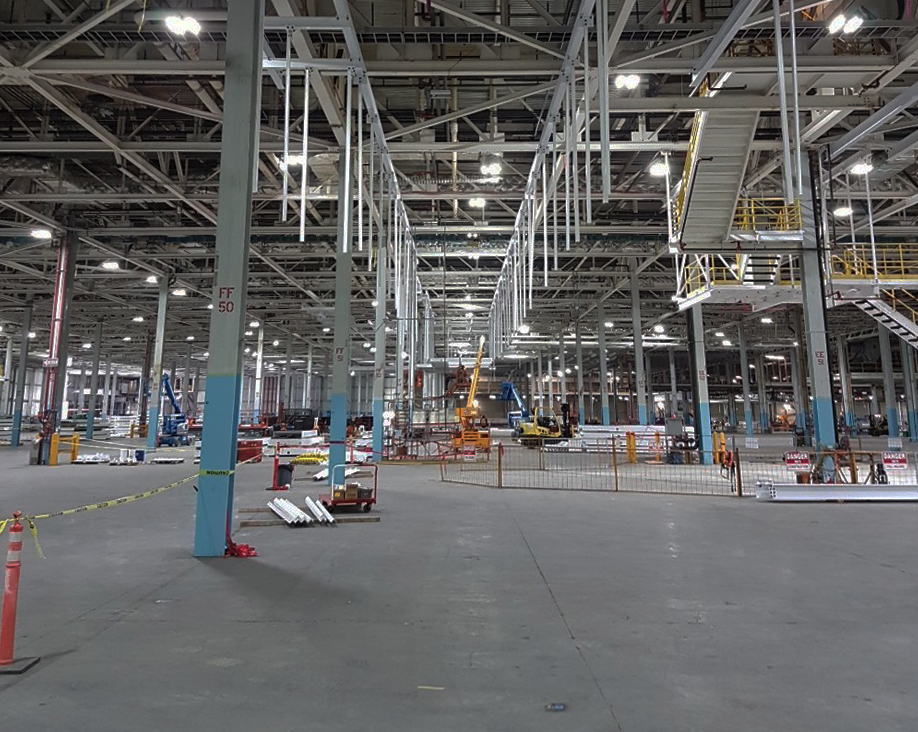 “The market [for full-size pickups] is extremely hot so we wanted to take advantage of that, and so the challenge was put out there, can we go faster? So, the team’s been working on that for a while and it’s not going to come without challenges, but I think we felt confident enough to say today that we’re going to find a way to push a truck out of that plant before the end of this year. And that’s just an amazing story,” he explained.

Of note, GM’s full-size pickups were built in Oshawa previously for roughly 44 years before ending in 2009. It resumed briefly in 2018-2019 when previous generation Silverados and Sierras were shipped to Oshawa from the U.S. for final assembly while GM was transitioning to current models.

The return of vehicle assembly to Oshawa, a site where GM manufacturing existed for more than 100 years, is significant and Bell is keenly aware of the milestone.