GM is Making it Easier to Join the Diesel Brigade

I am an unabashed and unrepentant Diesel fan.

I know this is not a popular stance these days, especially since my two Diesel vehicles are Volkswagens.

Meanwhile, Diesel cars and trucks continue to provide both commercial and private consumers with economical and clean alternative-fuel transportation.

Because Diesel engines are inherently more robust, and because perhaps the biggest component of the environmental impact of any car is the manufacture of it, this longevity is another green aspect of Diesels.

General Motors is building electric cars, not that many people are buying them despite governments providing rebates.

But GM also understands that the vast majority of consumers will continue to buy fuelled vehicles, and that Diesel will play a major role for decades to come.

They recently showed off their modern Diesel engine lineup to us in downtown Toronto.

Worldwide, there are five turbo-Diesel GM engines, of which we’ll get three.

The Big Daddy 6.6 litre in the pickups has been significantly revised. GM says that the bore and stroke are effectively the only things that haven’t changed. 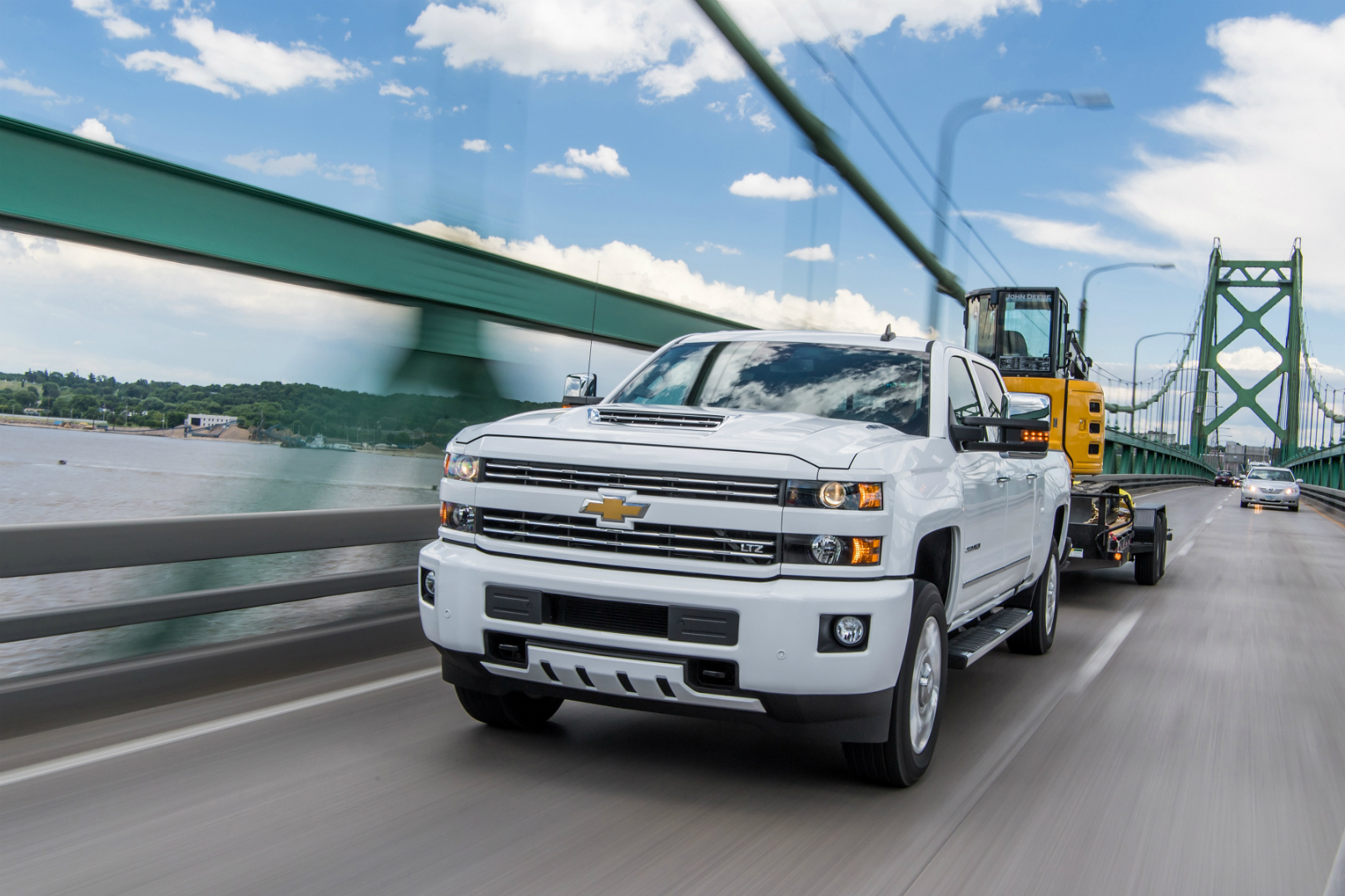 The host of technical improvements probably doesn’t bear listing. The bottom line is more power (445 horses), a thumping 910 pound-feet of torque starting at just 1,600 r.p.m., low fuel consumption for which Diesels are well-known in the trucking game, and — something Diesels are not well-known for in any game — significantly lower noise, notably a 38 per cent reduction at idle.

Commercial customers for whom the bottom line is, well, the bottom line, and who typically need high torque, low cost and long durability from their engines, know that Diesel checks all the boxes.

Not as many civilian consumers have figured this out. Those of us who have tend to be fanatical about it. Maybe the rest of you just need more information. Here you go …

Typically, the Diesel option costs some two to three grand more than the gasoline variant, so again, higher-mileage customers and those who need strong torque — i.e. trailer towers — will see the greatest benefit.

Perhaps the most intriguing and potentially significant of the GM oil burners is the all-new 1.6-litre four, which is built in Hungary.

It offers terrific fuel consumption — in some cases, actually lower than some companies’ hybrid models.

In Cruze, the numbers are even more impressive, as low as 7.8 city/4.6 highway/6.3 combined L/ 100 km for the manual transmission sedan. 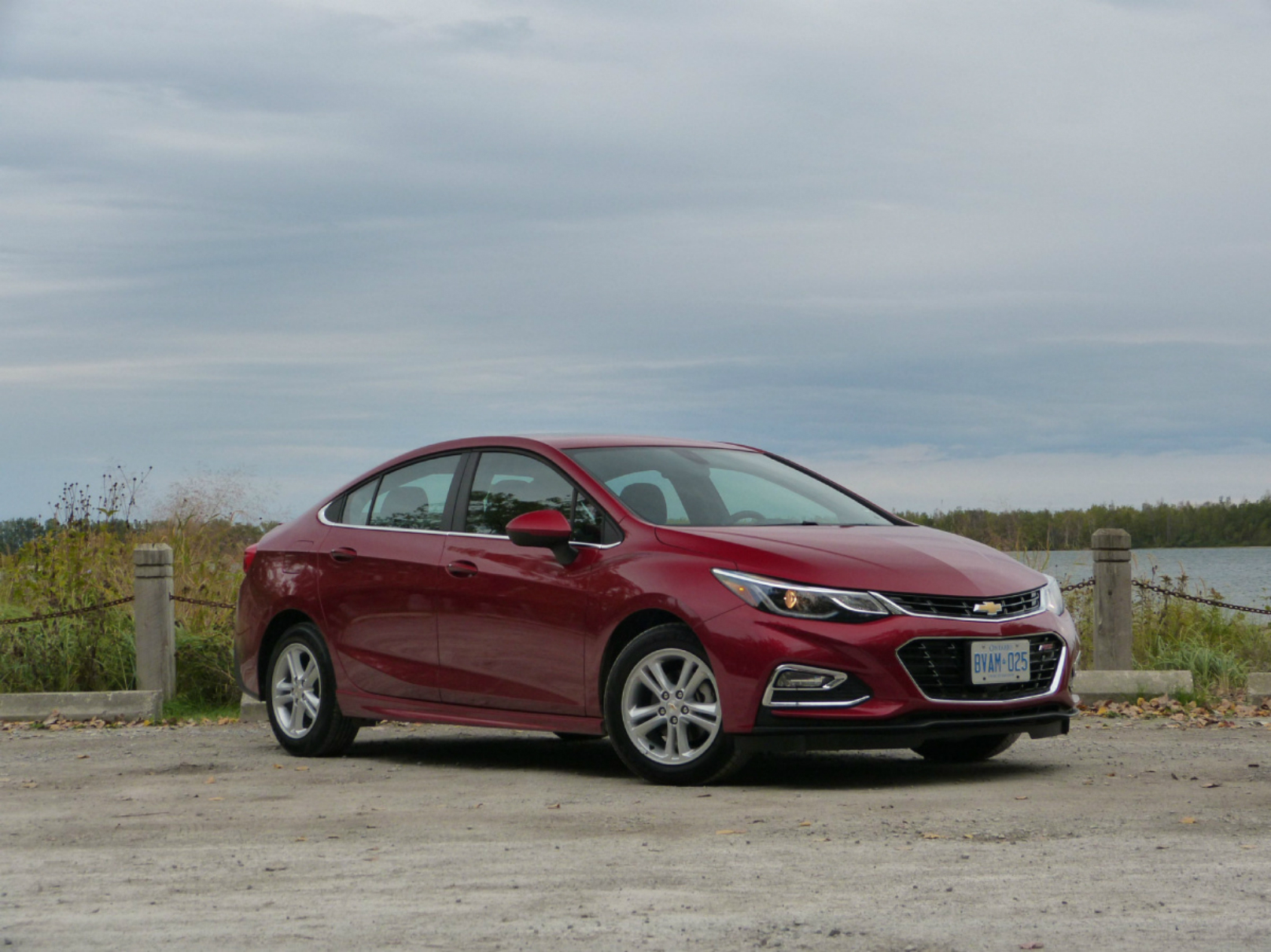 For reasons that aren’t at all clear, the hatchback models score worse — the corresponding numbers for a manual hatch are 8.1/4.9/6.7.

Perhaps the most surprising thing about this engine is its European nickname, “fluster-Diesel,” fluster being the German word for whisper.

Noise elimination and suppression were key during this engine’s development.

A unique-as-far-as-I-know camshaft drive located on the back of the engine also helps reduce engine noise because it is located within the big bell housing that connects the engine to the transmission. The concentrated mass helps suppress unwanted decibels.

GM claims this engine is up to 65 per cent quieter than the Diesel option in the luxury Jaguar F-Pace SUV.

Another important component of the quietness is the capability to inject fuel up to 10 times per stroke, so no more fuel is needed than is minimally required to run the engine. Less fuel equals less noise and better economy.

A variable geometry turbocharger is key to the fun-to-drive factor. It gives you more pulling power when you really need it, less when you don’t, hence more fuel savings.

Diesel owners are also well aware of cold start issues (if there’s an upside to global warming, this would be it).

The fluster-Diesel starts fine at temperatures as low as -25 C without a block heater, and to -35 C with one.

One additional maintenance item for all modern Diesels is the need to add DEF (Diesel Emission Fluid), which helps keep the emissions down. You’ll need to top this up somewhere between every 8,000 to 9,600 km, depending on how and where you drive. This is made easy with the DEF filler cap located right beside the fuel filer cap.

All of the new GM Diesel engines can run on up to 20 per cent biodiesel fuel for those who have access to it, and for those who don’t mind their vehicles smelling like French-fry stands.

I have driven this engine in the mid-size SUVs, and it’s a treat. This was my first chance in a Cruze, and it was only a short jaunt through downtown Toronto. But it was equally impressive.

OK, so it’s louder than a whisper, especially when accelerating hard in town. But once up on the Gardiner, you barely notice it. There is loads of torque as promised, but then they are preaching to the converted here. Yes, it is fun to drive. And yes, you’ll have to drive a fair number of klicks to make up the additional initial cost hit.

But if so, if you are in the market for a new small car, mid-size SUV, pickup truck, or big van, and if you really care about the environment and your pocket book, GM is now making it a lot easier to join the Diesel brigade. Welcome! 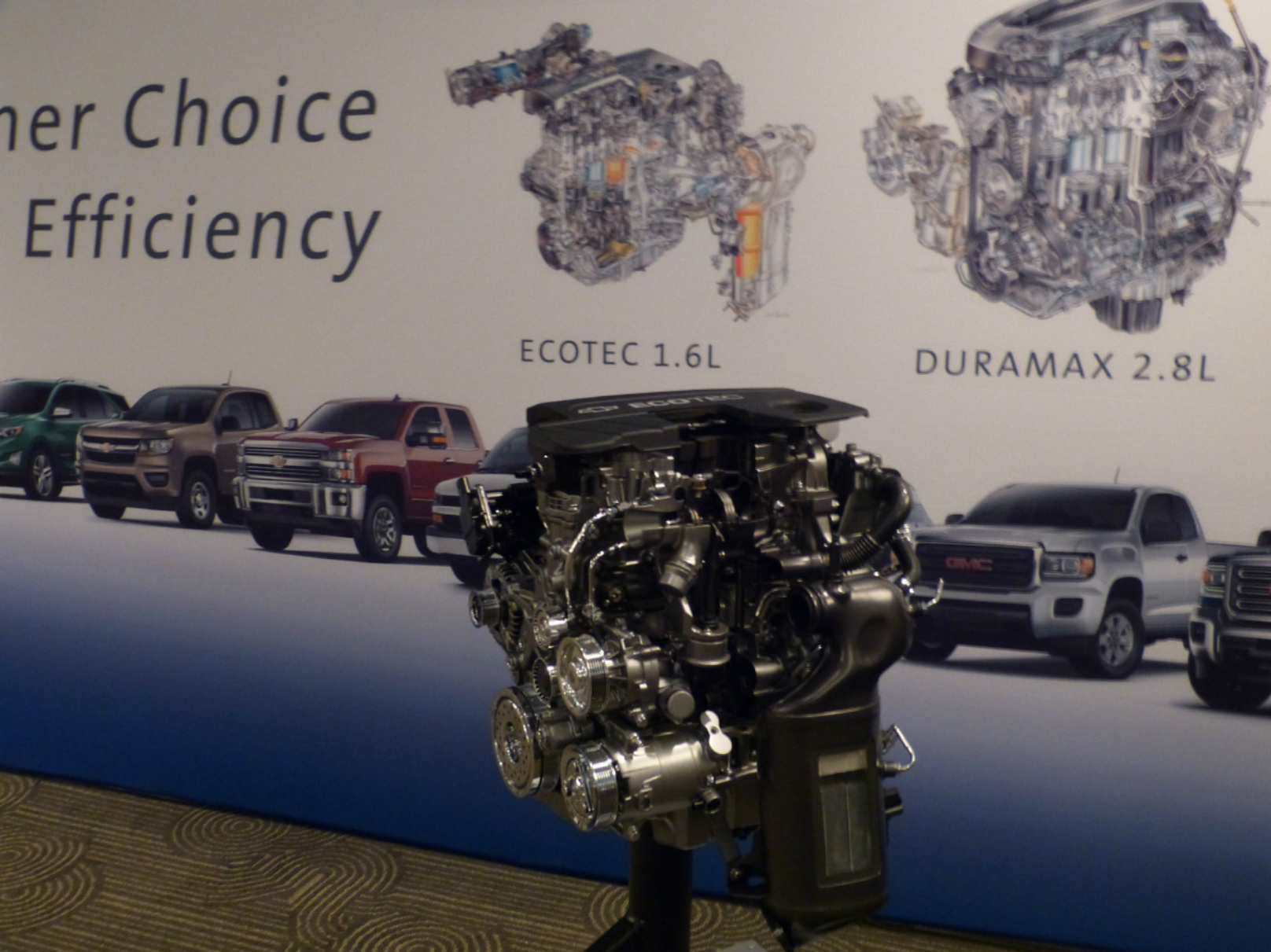