The significance of the event was highlighted by the appearance of Canadian Prime Minister Justin Trudeau, Ontario Premier Doug Ford, GM (North America) president Mark Reuss and various other dignitaries that led the president of Unifor Lana Payne to start her remarks at the podium with an appreciative glance across the Ingersoll, Ontario’s plant floor. “Wow, this is quite a room.”

In April, this plant built its last Chevrolet Equinox. Seven months later, it has now retooled to officially begin production of the BrightDrop Zevo 600, announcing the first Canadian customer to be DHL Express Canada.

According to Vic Fedeli, Ontario’s minister of economic development, jobs and trade, both the Canadian and Ontario governments contributed $259 million towards the project. GM says overall investment was over $2 billion. 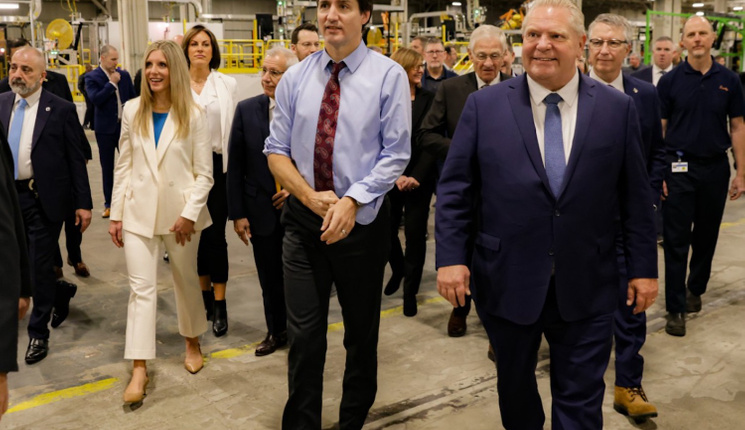 “This is truly an exciting day for Ontario as we celebrate the grand opening of GM Canada’s transformed CAMI manufacturing plant and the first all-electric vehicle manufacturing facility in Canada,” said Fedeli.

His counterpart at the federal level, minister François-Philippe Champagne, was in Germany at the time of the event, meeting with Mercedes-Benz executives, but tweeted that the Ingersoll, Ontario plant is expected to produce 50,000 vehicles by 2025.

If you thought BrightDrop had already started producing vehicles, you’d be correct: GM officials say that the equipment now in the Ingersoll plant was used on a temporary basis at a plant in Livonia, Michigan to be able to meet delivery commitments to its first U.S. customer, FedEx, late last year. 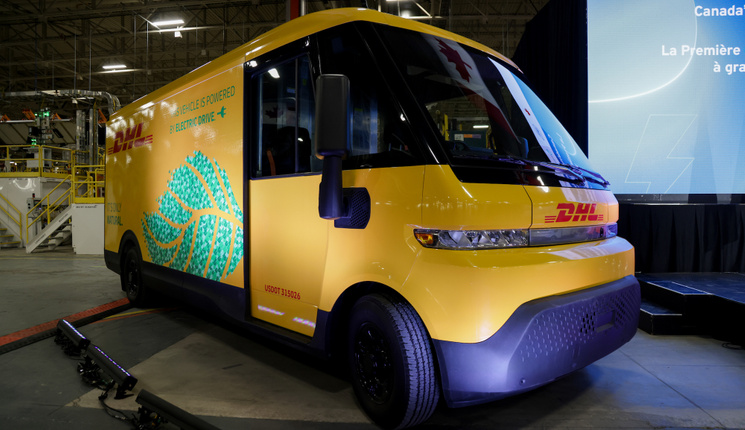 There have been plug-in electric vehicles previously built in the province. The Toyota RAV4 EV that used a Tesla battery was assembled at its Cambridge, Ontario plant, but that was a compliance vehicle built in very low volumes, and also never sold anywhere in Canada.

Thus the language about BrightDrop beginning Canada’s first “full-scale EV” production plant, starting with the first Zevo 600 that officially rolled off the line today, to be followed by the smaller Zevo 400 to start production in late 2023. The numbers correspond to the cubic feet of space inside, with all Zevo models using a skateboard chassis with the Ultium battery in the floor, standard all-wheel drive, and an estimated range of 250 miles (402 km).

The Zevo’s batteries won’t be produced at the plant, said a senior CAMI plant official, but will offer DC quick charging capabilities up to 120 kW, or on Level 2, at up to 11.5 kW.