From parodies to spoofs, Weird Al Yankovic has made a living singing lyrics about automobiles

Join the Conversation (0)
Weird Al Yankovic, the curly haired, accordion-playing hit maker of songs like “Amish Paradise” has sold more comedy records than any other artist in history – and his success all began with a song about a car.

“Not trolleys, and not subways, but automobiles,” he said.

As a teenager, Alfred Yankovic – he wouldn’t add the Weird to his name until he was in university – was obsessed with the “Dr. Demento Show,” a four-hour live Los Angeles radio program hosted by ethnomusicologist Barret Hansen, a.k.a. Dr. Demento. It featured offbeat novelty songs the were deemed too “demented” to be played anywhere else.

The show stirred Yankovic’s imagination, inspiring him to write his own pop parodies and spoofs. “His schtick was to write about popular subject matter like automobiles in the least predictable way possible,” said Rabin, who co-wrote the biography “Weird Al: The Book” with Yankovic.

“Instead of writing, ‘I have this really cool car,’ in the style of groups like Jan and Dean or the Beach Boys – which were all about these nifty automobiles, how cool they are and how they can pick up chicks –when Al does car songs, they’re about his parent’s car,” Rabin said. “Or they are songs about a car that is so bad he gets kicked out of places, and not even for breaking traffic laws. It’s because they’re aesthetically wrong.”

By the time Dr. Demento visited Yankovic’s high school in 1976, the 17-year-old wannabe musician already had a homemade cassette tape full songs that he recorded while playing his accordion in his bedroom. Demento liked the first track, "Belvedere Cruisin’,” a tune about the Yankovic family's Plymouth Belvedere, with its red upholstery and push-button transmission.

“It was primitive,” said Rabin. “It is an indication of where his art was at the beginning. All these ideas and no polish because he wasn’t a professional yet. He was a kid working out his art in this very safe sandbox of the ‘Dr. Demento Show.’”

Demento said “Belvedere Cruisin'” wasn’t the best song he ever heard, but it had some great lines and caught his ear. In the tune, Yankovic writes about hating small Volkswagens, and big white Cadillacs and their “unnecessary frills.” “In a Belvedere I can really get my thrills,” he sang.

As his first ever radio play, the novelty song was a breakthrough for Yankovic, but it was an original tune, unlike the songs that ultimately made him famous.

Better known is a cut from his 1983 self-titled debut album, “Stop Draggin’ My Car Around.” It is a parody that takes Stevie Nicks and Tom Petty and the Heartbreakers’ song about a troubled relationship, “Stop Draggin’ My Heart Around,” and turns it on its head.

Stripping away the darkness of the original duet, Yankovic, accompanied by an accordion and strange flatulence sounds, creates a goofy ode to his 1964 Plymouth, which gets towed away no matter where he parks.

“’Stop Draggin’ My Heart Around’ is a very moody song, a very serious song,” said Rabin. “You add an accordion to it and make it about something very silly, and you make it a completely different animal.” 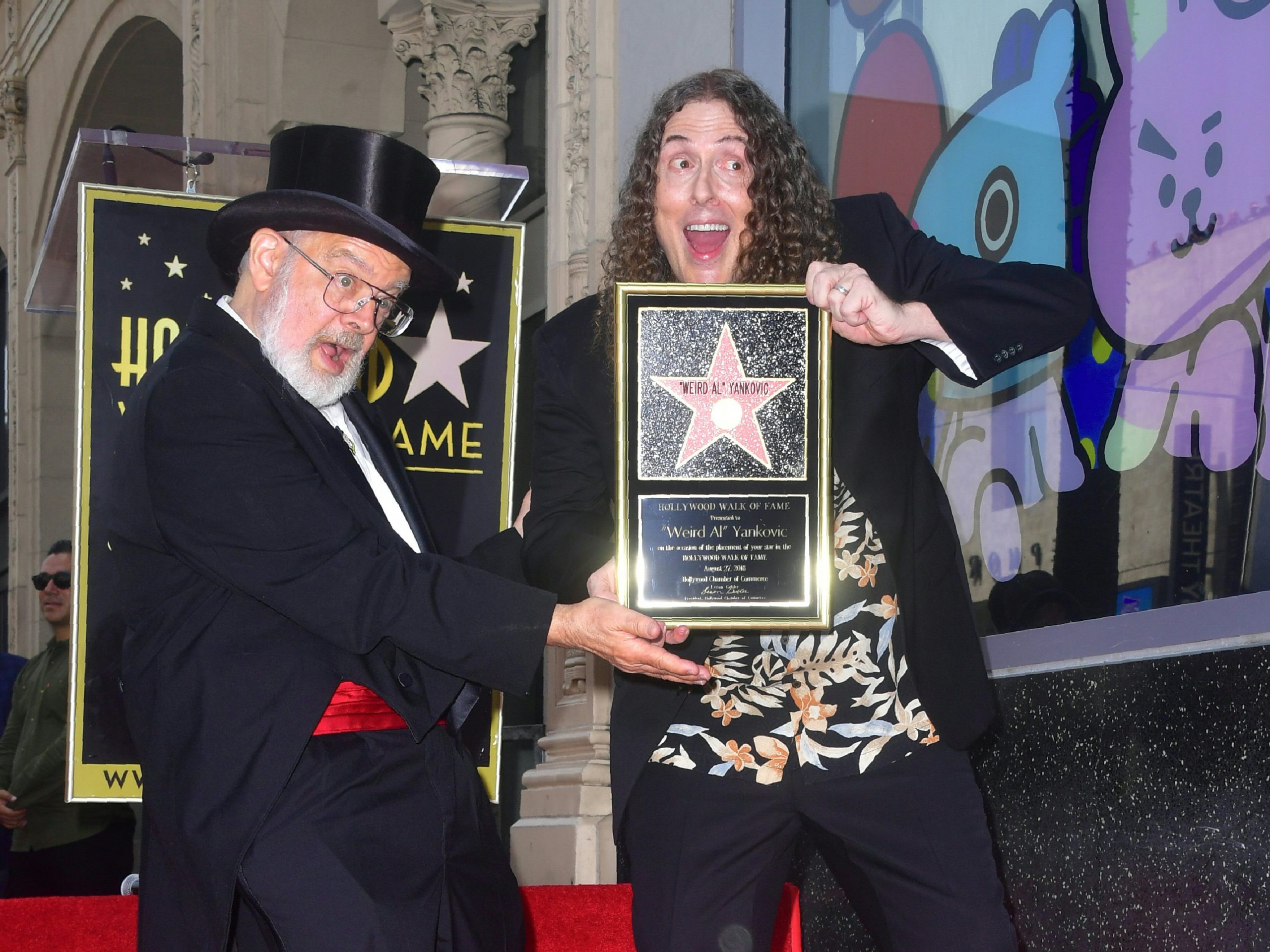 Rabin said that Yankovic’s works can be broken into two groups, songs of inspiration and songs of opportunity. “Belvedere Cruisin',” for instance, is a song of inspiration, an original tune instigated by his love of his family’s car. On the other hand, Yankovic’s parodies fall into the songs of opportunity camp, like “She Drives Like Crazy,” a song about a reckless driver that parodies “She Drives Me Crazy” by Fine Young Cannibals.

Yankovic’s playlist is stuffed to overflowing with car songs, like his Prince tribute “Traffic Jam” and “Dead Car Battery Blues,” but one stands above the rest. “Trapped In the Drive-Thru,” a parody of disgraced R&B singer R. Kelly’s “Trapped In The Closet.” At almost 11 minutes, it is Yankovic’s magnum opus, the ultimate song of opportunity.

The original song is a dark and moody “hip-hopera,” split into multiple parts, that details the eventful repercussions of a one-night stand. It’s an action-packed work that escalates over each of its 33 chapters.

“Al’s idea, and this is so, so, so conceptual, because there are almost no jokes in the song. What he did was take that structure, the music, that is kind of a slow drip, and changed it to a song where nothing happens,” said Rabin.

“Instead of cramming five seasons of a ‘General Hospital’ melodrama into one song, he made a song where the biggest action is that they forget some of the condiments at the drive thru. It is almost anti-humour, where it is just so dry and conceptual. But it also really, really funny without having any jokes, which is something that no one but Al can get away with.”

You can discover more about Weird Al Yankovic by watching “Weird: The Al Yankovic Story,” starring Daniel Radcliffe and ‎Evan Rachel Wood‎. The movie, which premiered at the Toronto International Film Festival in September, in now streaming on Roku.