Getting Schooled: Driver Training that makes a difference.

There are a myriad of driving schools out there, ranging from those tailored to brand-new drivers getting behind the wheel for the first time to speciality outfits who offer accredited courses in racing manoeuvres and high-speed car control.

“Your hands should be at ten and two, not twelve and nothing!” my father exhorted to my seventeen year-old self. In the pre-airbag days this was sound advice, and the poor man was simply attempting to instill a few good driving habits into his newly-licensed teenage son. Predictably, and through no fault of his own, the instructions stuck to my brain about as well as butter sticks to a Teflon pan, and I proceeded to crash our little Ford Escort within three months of getting my Newfoundland driver’s license.

There are a myriad of driving schools out there, ranging from those tailored to brand-new drivers getting behind the wheel for the first time to speciality outfits who offer accredited courses in racing manoeuvres and high-speed car control. For the purposes of this article, we’ll split them into two categories: driving schools for the new drivers and racing schools for experienced people seeking to improve their skills in tricky situations.

It’s important to do one’s homework prior to selecting a program. In Ontario, for example, not all driving schools offer ministry-approved beginner driver education courses. It is recommended that one look for schools which offer “MTO-approved beginner driver education courses“. There’s also nothing wrong with asking to meet with the instructors who will be conducting the classroom instruction and the behind-the-wheel training before committing to one particular program. New drivers are nervous enough; attempting to establish a bit of a rapport with the instructor ahead of time might go a long way to driving away some of the student’s butterflies.

One of the most well-known driving schools is Young Drivers of Canada. They’re the largest driving training organization in the country, with nearly 150 locations in six provinces. Since their founding in the early ‘70s, Young Drivers promotes their proprietary Collisionfree course as their approach to teach new drivers. In addition to instruction on parking and vehicle handling, YD constantly updates their curriculum including lessons on the dangers of distracted driving and how one cannot truly multitask while driving. This helps assure harried parents their new drivers will be taught not to create Snapchat stories while behind the wheel. 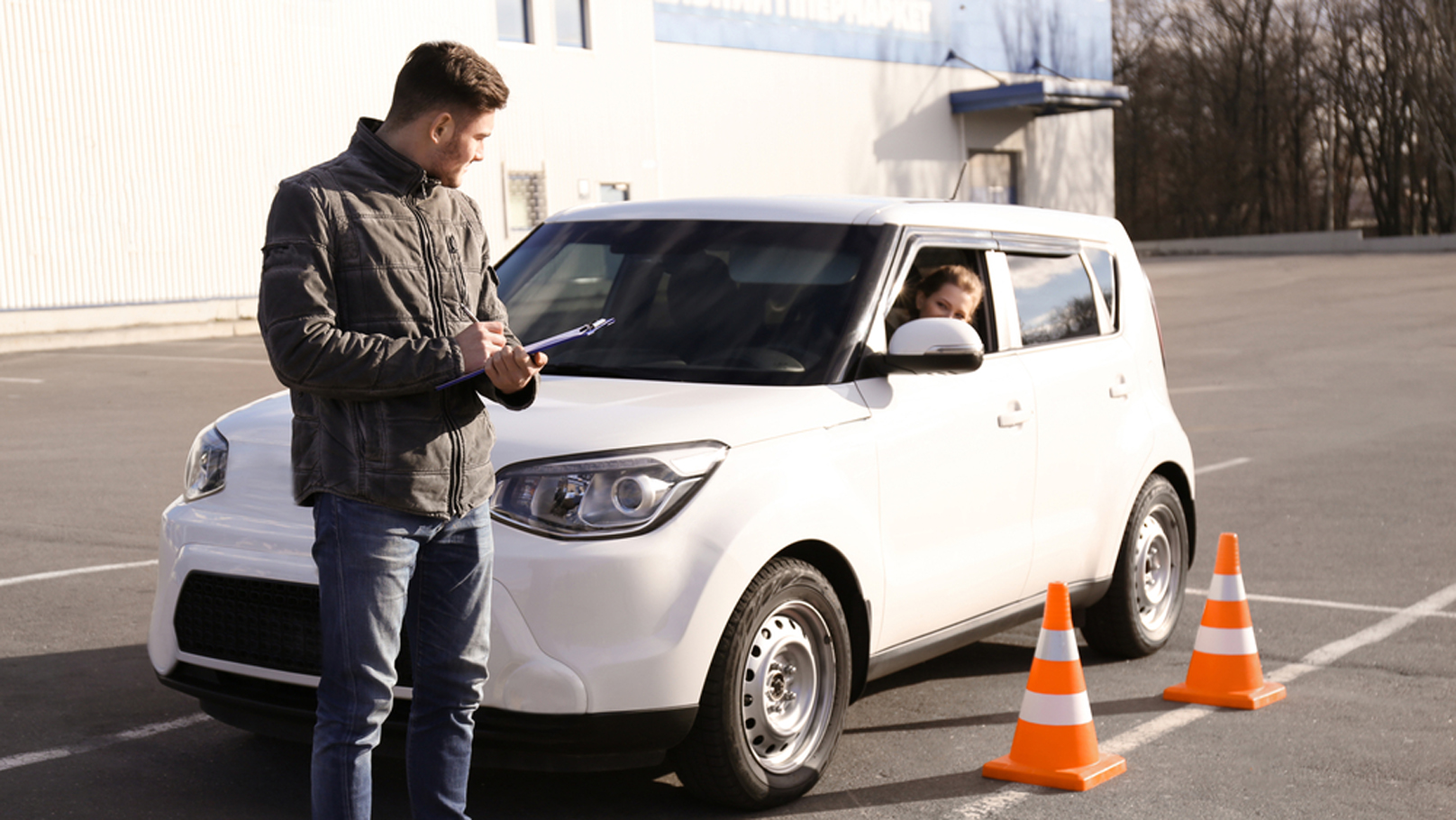 Attending a driving school will help students get comfortable behind the wheel. There’s an overwhelming amount of stimulus being hurled at drivers: road signs, painted markings, other drivers, and – of course – the ever present smartphone. Good driving schools teach learners the techniques they need to be prepared on the road, building a foundation for a lifetime of good driving habits. The potential to save on insurance costs doesn’t hurt, either.

It’s no secret that knowledge, technique, and finesse tend to make people better drivers, not a liberal sprinkling of technology. There’s a good chance that a driver with little track experience will produce slower lap times in a Ferrari 488GTB than an experienced or trained driver in a much less powerful Mazda MX-5.

There’s a good chance that a driver with little track experience will produce slower lap times in a Ferrari 488GTB than an experienced or trained driver in a much less powerful Mazda MX-5.

Reputable racing schools such as the Bridgestone Racing Academy will tackle the myths and misconceptions surrounding driving technique and performance. Vision training, for example, may sound teeth-pullingly boring, but being able to correctly look through a corner and deep into the upcoming part of the track is an essential skill if one wishes to master smooth car control. Lessons on threshold braking and skid recovery will undoubtedly decrease one’s lap times, but will also help steer you out of a wintery skid on the evening commute after a long day’s work. 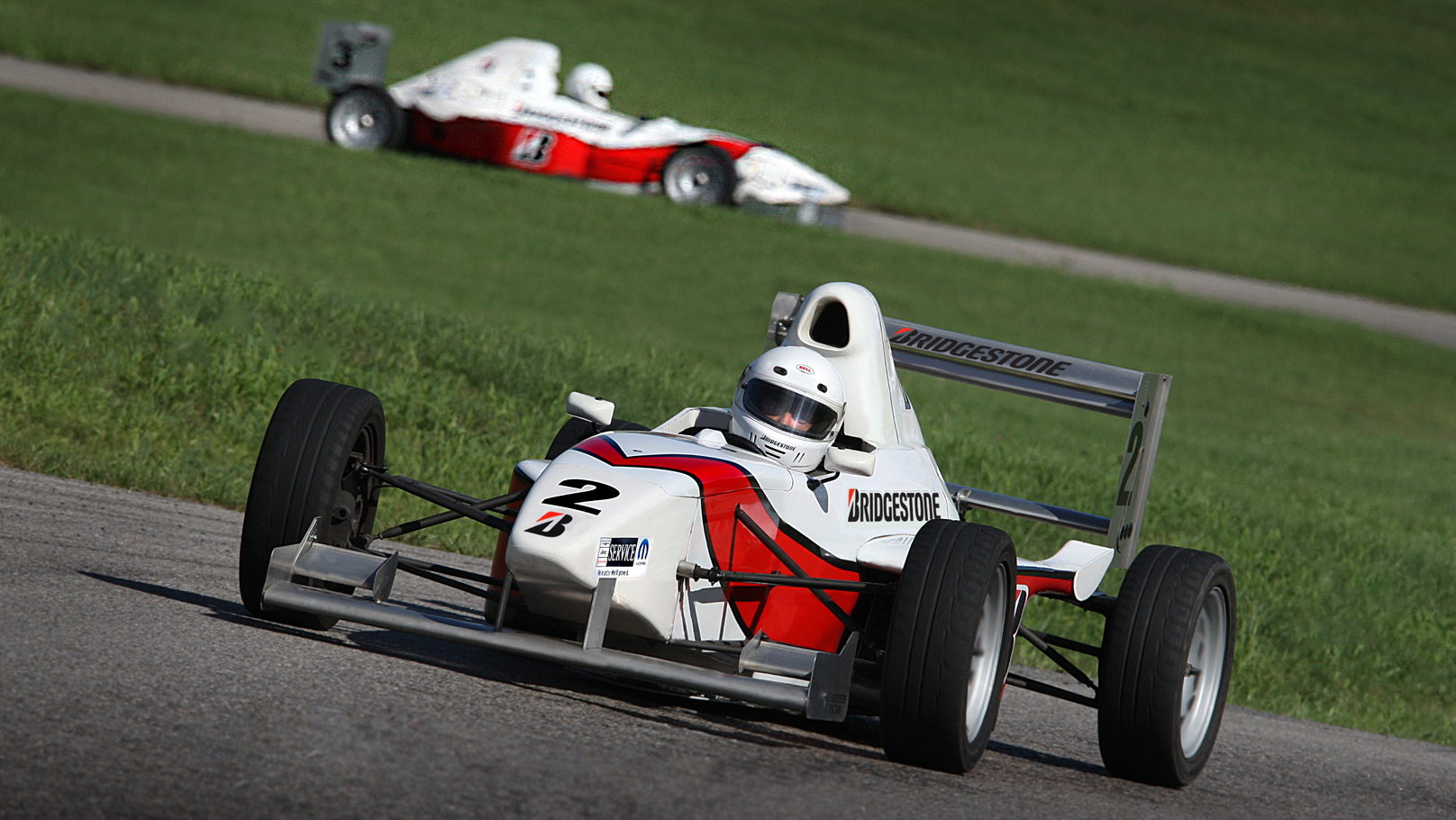 Naturally, flinging a few Porsches around a snow covered track sounds like a barrel of fun, but the Porsche Sport Driving School Canada promises a lot more than a few grins and an excuse to make cool posts on Instagram. Their unique winter driving program, called Camp4 Canada, is offered close to Montreal during the winter months, and is intended to give students the opportunity to hone their skills in a low traction environment.

At Mécaglisse—the Camp4 driving facility a couple hours north of Montreal—a personal driving instructor will show you how to improve your vehicle control skills, either next to you in the passenger seat, watching from trackside, or in a one-on-one discussion after a session. Classroom time is spent studying how to position one’s seat and steering wheel correctly, plus a conversation on how the laws of physics affect a vehicle’s movement. This is time well spent, as not even the best racers can break the laws of physics, although it’s arguable that Ken Block comes close in his Gymkhana videos.

Out on a track constructed specifically for cold weather testing, students will find two circuits, a couple of large skidpads, and a brace of challenging handling courses. Spending time in the driver’s seat of three different Porsches, students of this school will be taught correct steering techniques, how to deal with over and understeer, and working through a series of ascents and descents. All of this will translate into better car control out on public roads when driving conditions deteriorate. 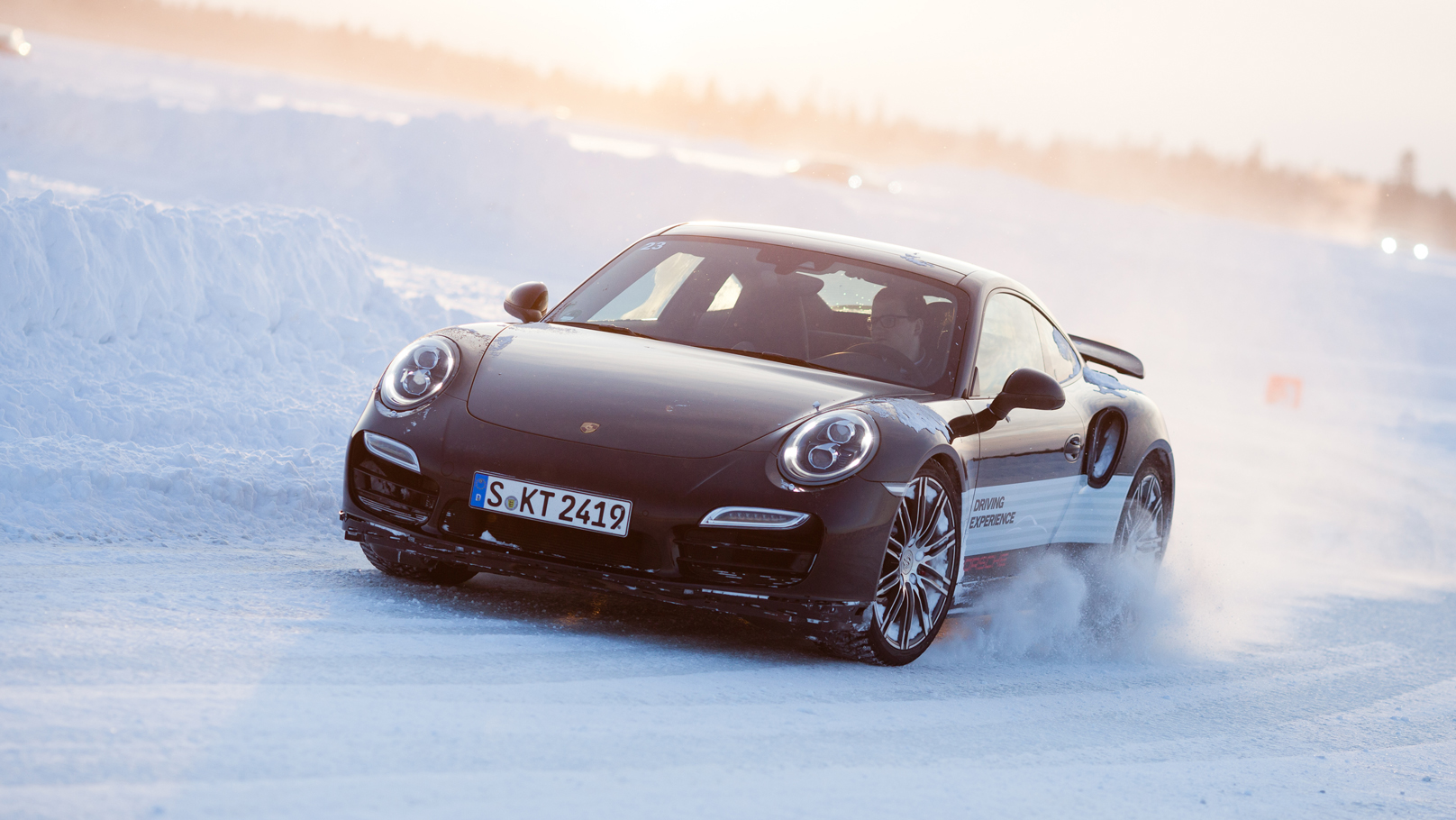 One of the truest maxims in the automotive world is that the sure-fire way to make a small fortune in racing is to start with a large fortune. Professional, competitive racing is a fantastic sport pursued by full time racers and well-heeled weekend warriors. Many of the larger leagues require, for reasons which should be crystal clear, their participants first earn a Canadian racing license issued by an accredited school. The scourge of infinite winter, found in most locations across Canada for the better part of the year, can put a crimp in the plans of those seeking to get licensed for an upcoming racing season.

Budding Andrettis and Earnhardts take note, however: Spring Mountain Motorsports can provide folks with the tools required to become a licensed road racer, utilizing a network of FiA racing schools across Canada. The FiA – yes, that FiA, the one which oversees the rarified stratosphere of F1 racing—has put their stamp of approval on six such institutions in Canada, so graduates of these Canadian schools can legitimately claim their education was certified by the same racing body as Lewis Hamilton. Whether you want to indulge in a bright red Learjet is up to you.

Perhaps bent metal and twisted suspension pieces of our family Ford could’ve been avoided had I taken classes and lessons in a driving school. One thing’s for sure, my long-suffering parents weren’t to blame; my overconfident teenage self simply ran out of driving skill at the worst possible moment. If preparation is the key to success, then attending a driving or racing school will most certainly set up new (and experienced!) drivers for success, building good driving habits and making the roads safer for everyone.

You may also like: All the Porsches you’ve ever wanted for $3,495