Getting into gear for the 2021 Formula One season

Gerald Donaldson, who was inducted into the Media category of the Canadian Motorsport Hall of Fame a year ago, is recognized as Canada’s foremost expert on Formula One. He has written several dozen books on the sport, including the definitive story of McLaren as well as biographies of James Hunt and Gilles Villeneuve, and over a lengthy career, has edited magazines about F1 and written for a variety of publications, including the Toronto Star. His work these days can be found at f1speedwriter.com

Every year, a week out from the first race of the season, which this year will be next weekend in Bahrain, “Gerry” and I sit down to discuss what fans of the sport should expect. Then we do a team-by-team breakdown. So here goes.

There are 23 races scheduled this year, a record. Why so many?

Liberty Media, which owns F1, lost $378 million (U.S.) last year because of race cancellations and are trying to get some of that money back. Covid is still around, though, so they are not out of the woods. I don’t know how they can have spectators at Monaco, for instance. It is such a tight, confined space.

And Canada would be smart if, like Australia, it asked to be moved till later in the year. They need spectators in Montreal and early June is way too early.

Good point. If there’s room in the schedule, maybe after Italy in September, they could race in Montreal then. No later, though.

Despite the criticism, will F1 still go to Saudi Arabia?

Yes. There is Saudi money in the sport. I know there is a fairly vociferous movement against that race in the media, but it will all be for naught – they’re going to race there.

I disagree; something will happen. Sir Lewis Hamilton was knighted for his racing success but also because of his insistence that F1 be a world leader in promoting diversity and preserving human dignity. More than 40 human rights organizations around the world have called on him to boycott that race; they bypassed F1 and went directly to him.

Well, he said he had unfinished business in F1 and wanted to move his plans for diversity forward. So, it is possible he might personally do it. 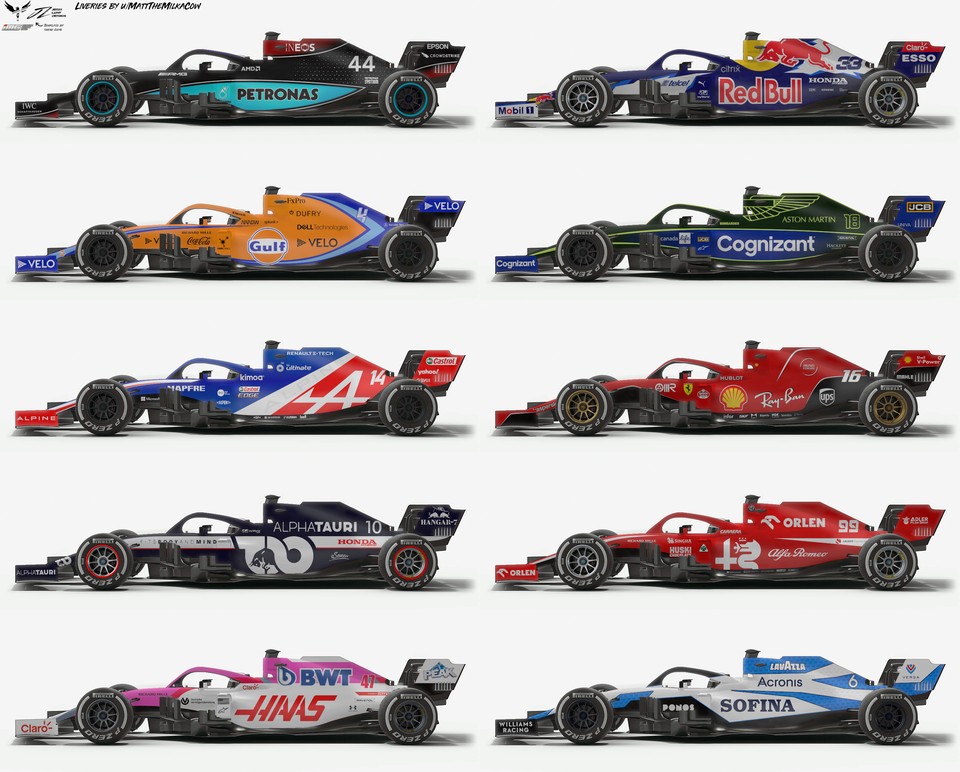 What to watch for on the racetrack in 2021

Norris MacDonald continues his conversation on the upcoming Formula One season with Gerald Donaldson. In this section the two racing experts offer their opinions one each of the teams and their drivers competing in on the racetrack in 2021. This part of their discussion has been edited for length and clarity.

GD: Both Sir Lewis and Valtteri are on one-year contracts, which means they are both on notice. Lewis will be fighting to win his eighth world championship, which will make him the greatest of all time. Valtteri will be fighting to prove he belongs in Formula One. But can anybody stop Mercedes? Maybe. It’s hard to keep up motivation year-after-year; two world championships each year for seven years. Mechanically, they are not going to be any weaker. They will still be a well-oiled machine. So, it comes down to the drivers; this will be a test of their resolve. After he wins his last title, I think Lewis will just go away. He has a much more varied lifestyle than anybody else on the grid so he will have lots to do.

NM: Right about him winning, wrong about retirement. He will go to Ferrari in 2022. Everybody has to drive for Ferrari at some point in their career – if they’re any good.

GD: This team could be a surprise. They have a deal with Honda to take over the engine program and Sergio Perez will push Max more than some of his recent teammates. Perez won a race last year with Racing Point so will be fired up moving to a Top Three team. Max is such an exciting young driver and will be motivated to drive faster and harder with Perez nipping at his heels. I think this will be an exciting year for Red Bull.

NM: I agree with you about Perez, who will really be able to show his stuff, but I think Max has been a big disappointment. He was handed that team in May of 2016 and been protected ever since. He is the undisputed No. 1 on that team, which is not a shabby outfit, and he has won exactly three poles and 10 races in 119 starts (including a year and a few months spent at Toro Rosso). Not good enough. I think the pressure will really be on this year.

GD: This will be a closely watched tandem. At least I hope they are. Leclerc is still going to be a superstar. Sainz blossomed into a star last year at McLaren. They are going to be closely matched. They need to be because Ferrari hasn’t won for a long time.

NM: I’m not a fan of Charles Leclerc. I think he’s a politician but if the chips are down on the track, he’ll fold. I think Lewis Hamilton knows this and that’s why he’ll go to Ferrari next year and lead its comeback.

GD: Well, blame the media for Leclerc. They make a champion out of somebody who doesn’t deserve it. I’ve seen that time and again.

GD: Like Ferrari, it will be a closely watched team. Daniel is a race winner, a hard racer and an expert passer. Lando is an up and comer. He’s a bit childish emotionally. He’s only 21. It will be interesting to see who comes out on top in that pairing. But it’s good for McLaren. Lando will have someone to aim for and Daniel is a team leader.

NM: Ricciardo’s time is running out, isn’t it?

GD: Yes, he’s getting a bit on the elder side, but he’s not shown any signs of slowing down. And he’ll have the added impetus of coming to a new team. He’ll be stimulated to race hard and so will Lando Norris.

GD: Vettel was fired by Ferrari – or let go. He was totally dispirited. You could see it in his demeanor; he’d lost his motivation. He thanked Lewis for phoning him and telling him to keep fighting, that he’d get through it. So, he’ll be rejuvenated, going to a new team. But who knows if he’s going to be able to recover his former stature? Lance Stroll? People like to rubbish him because he has a rich dad, but he came along fairly well. He’s earned his keep in the sport. I think this team is going to go somewhere. NM: Agreed. But I think Vettel’s real value will be in developing the car. If Lance beats him, he’ll be finished as a racer.

GD: This will be Alonso’s 19th F1 season, he’s 39 and I think he’s making a mistake in coming back. He’ll never ascend to his  previous heights. I’m afraid Fernando is in for a rude shock.

NM: Look on the bright side – the Williams drivers won’t finish last in the races this year.

GD: That’s funny, but Fernando is a disturber. He’s talked himself out of, or been fired from, four different teams. The first thing he did at Alpine was get (team principal) Cyril Abiteboul fired because he didn’t like him. So good luck to them.

NM: They will be the worst team this year. Fernando coming back is as bad as NASCAR’s Jimmie Johnson trying IndyCar races.

GD: Of all the former champions, the only one to come back and win was Niki Lauda. Michael embarrassed himself.

GD: Gasly won a race last year, although it could have been a fluke, but he had half the fans cheering for him after he got dumped by Red Bull. He’s a charming guy, honest, down to earth and popular. He’s fast. Yuki, he’s a Formula 2 race winner and could wind up being pretty good.

NM: They aren’t going anywhere, though.

GD: Well, one of these second-tier teams could get lucky with their chassis and they have Red Bull/Honda power so look out.

NM: Why are those two still doing with that team?

GD: Well, it’s Kimi’s 19th season and he says driving in F1 isn’t his job, it’s his hobby. Seriously, he can help to develop a car and he’s a world champion.

GD: God knows how they’re going to do. They have George Russell, who did okay last year filling in for Lewis when he had Covid, but other than the British media, he doesn’t seem to have set the world on fire. And they have our Canadian, Latifi, whose father owns the Sofina food business in Toronto.

NM: I look for Nicholas to start showing his stuff this year. If he has any talent, you will start to see it.

GD: Sorry. I think he should have gone into the family business. 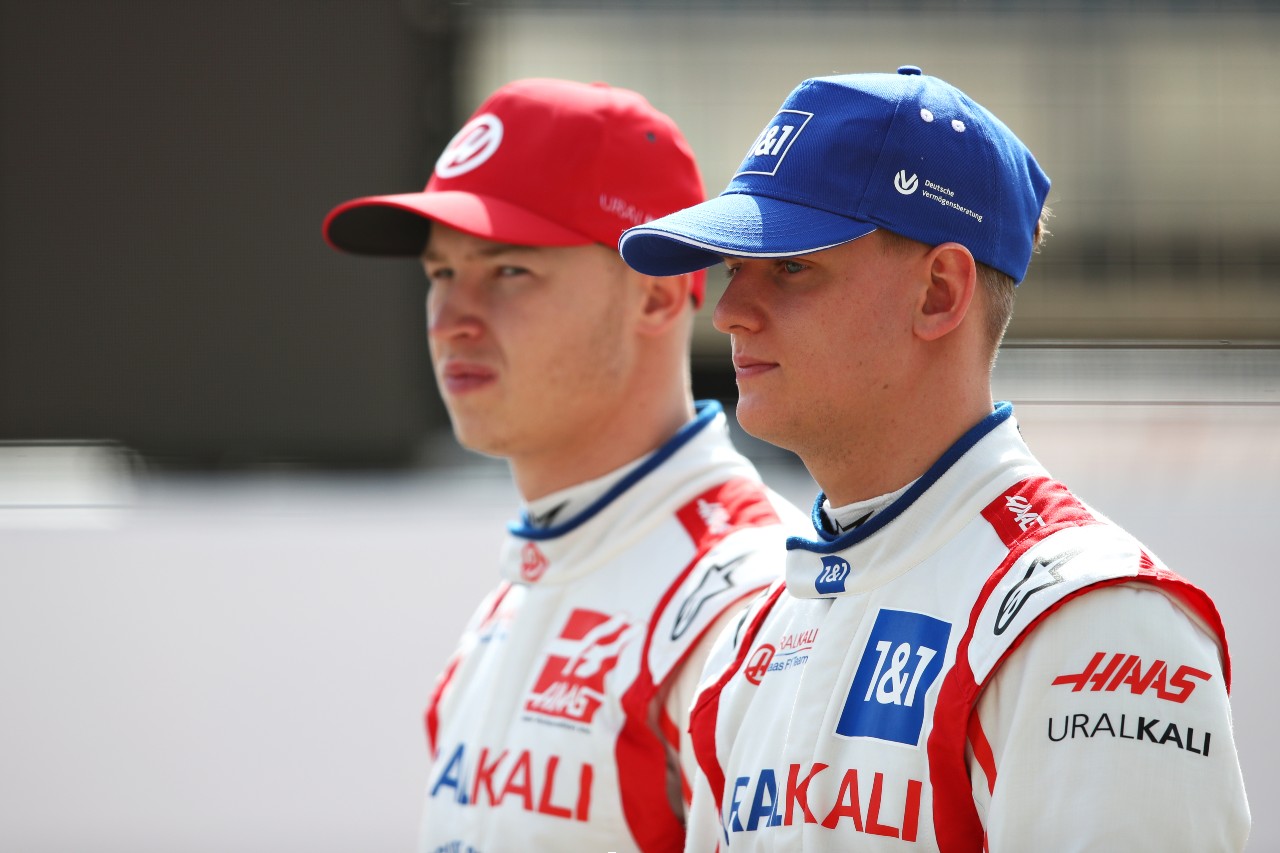 GD: This is the most interesting team. Haas USA with Ferrari engines. There are no American drivers, but they do have the son of the first or second greatest driver in the history of F1, Mick Schumacher, who seems like a nice chap. And then they’ve got Mazepin. His father is a Russian billionaire, which means the son has lots of money. But he got into trouble shortly after signing when he inappropriately grabbed a woman’s breast and put the picture on the Internet. He apparently didn’t see anything wrong with that. How does a PR department handle that? His father is pumping all that money into Haas so you can’t dump the kid.

NM: This team will be a delight to watch – one driver with talent and tremendous potential and the other to see what he’ll do next. If he did that sort of thing once, and still doesn’t understand why it was wrong, then he’ll do something like it again. (Team principal) Guenther Steiner could be in trouble here because Gene Haas will tell him he’s responsible for that Mazepin’s behaviour, but you can’t watch somebody 24 hours a day. But meantime, how’s Michael?

GD: Nobody really knows. People go to see him but won’t talk in specifics. Here’s an example of how far that family will go to protect their privacy. I once did a book and one of my picture editors used a photograph of Michael and his wife Corrine kissing in the paddock. He hit the roof and was going to sue me and the publishers for $10,000. We finally settled by giving $10,000 to some charity but that’s how he is. If Mick does well, maybe that might bring him out of his shell – if he can get out.

Norris McDonald is a retired Star editor who continues to write for Wheels under contract. He reviews the weekend’s auto racing every Monday at wheels.ca