Get Cooking with the Rivian R1T

Fresh off a partnership with Ford, new EV pickup builder Rivian continues to attack the pickup industry head-on. Indeed, it’s something they have to take seriously as pickup people are often very dedicated to all aspects of their craft, to the point that the pickup becomes much more about lifestyle than it does about the truck itself.

In a nutshell, the Overland Expo is a place for all four-wheel-drive, dirt bike and “overlanding” (read: vehicle-based exploration) lovers convene to see what the biggest names in the industry are doing to accommodate the love of the outdoors espoused by festival attendees.

Of course, cool as the Rivian’s EV digs and specs are (750 hp, four-wheel-drive, 14” ground clearance, over 540 km of range from a 180 kwh battery pack), if you’re going to make the cut in this company, you need to be able to show that you can be lived in for days on end. 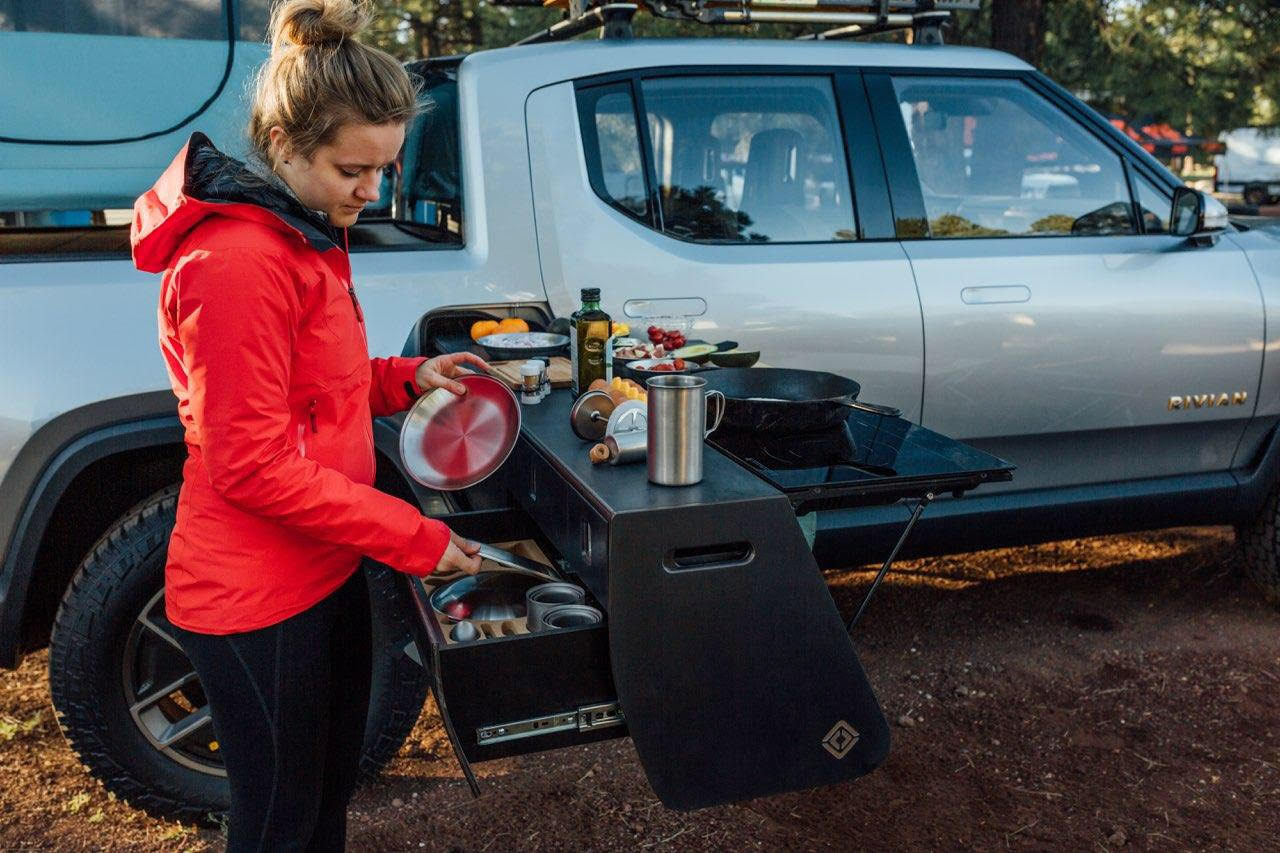 So what does Rivian do? Well, it brings forth a truck fit with an electric camp stove that is powered by that big battery pack, and slides neatly away into a tunnel when no longer needed. Actually, more than a stove, the Overland R1T actually came with five gallons of water storage, a stovetop with two induction burners and yes: a kitchen sink, to boot. The best part? Rivian confirmed on Twitter that yes, anybody can order a R1T with the feature.

While there’s no word on what effect hauling five gallons of water will have on range, Rivian is saying that users can cook for over a week and use only 20 kwh of the 180 kwh the largest battery pack provides. 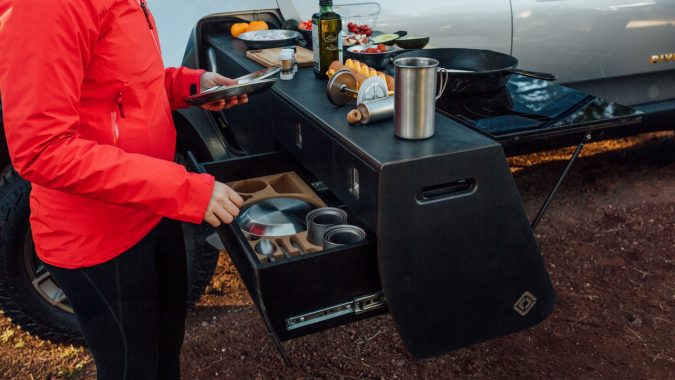 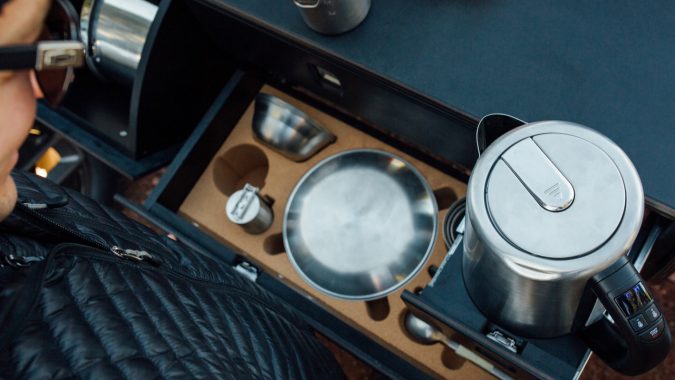 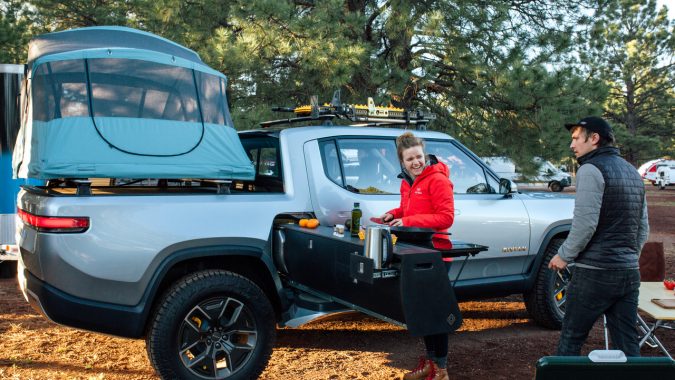 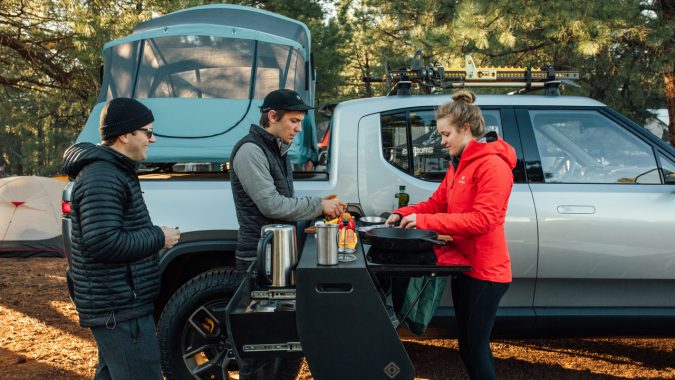