Like the rest of the Genesis lineup, which you can purchase online from the comfort of your home.

Genesis first showed off its first luxury SUV just this week, and the North American reveal won’t happen for another few weeks, but the automaker has just announced a new pre-order program that will let you reserve your version now of what they expect to be a hot-selling vehicle when it arrives on sale here later in the year.

We showed you what we know about the GV80 earlier, but here’s a bit of a refresh. It starts with a three-row crossover, rear-driven in other markets, all-wheels driven in ours. Going after the luxury staple manufacturers, Genesis has loaded it with high tech and luxury features.

Those features include a sci-fi-ready augmented navigation system that will show you your directions imposed over a camera view of the real world, letting you know exactly which turn you’re about to miss, and then helping you reroute accordingly. They also include an unusual but delightfully off-beat twin-spoke steering wheel.

The only option available now is labelled on the Genesis site as “GV80 Pre-Order.” Though rather than a special first-edition trim, this seems to be a placeholder because Genesis isn’t yet ready to give us all the details on what could be its most important model. 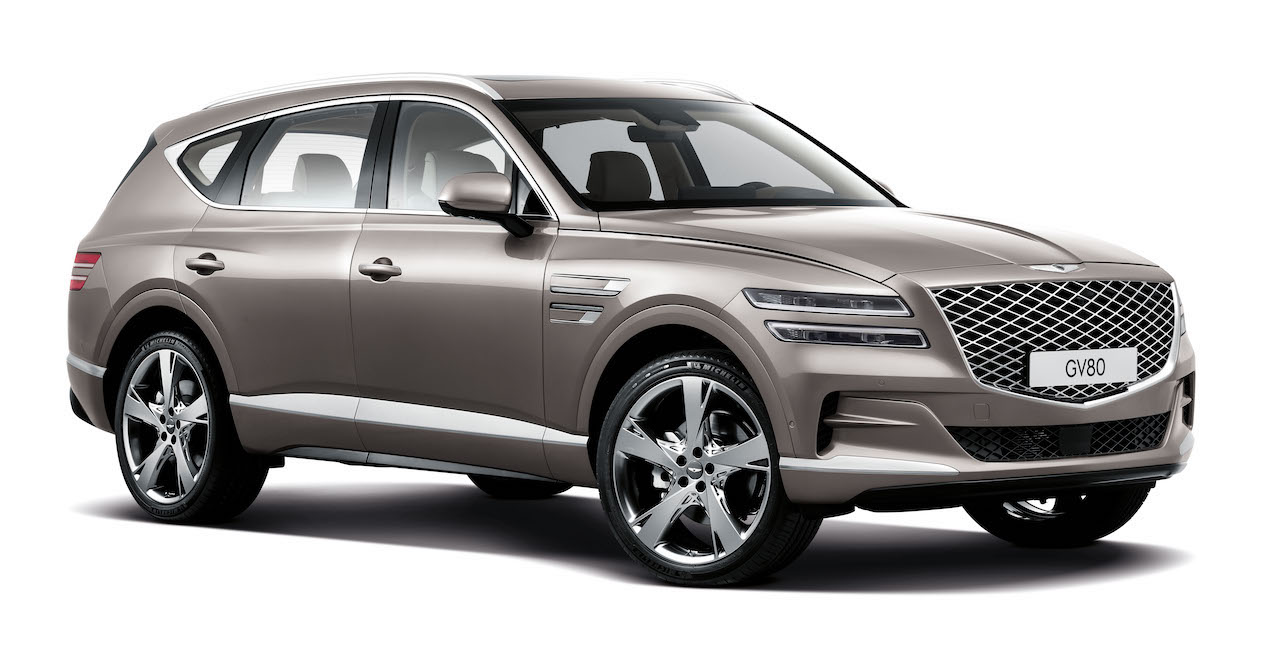 Colour selection isn’t available yet either, with greyish versions of the crossover both inside and out as placeholder photos. But the pics do give you another look at the sheet metal of the GV80, which Genesis says brings with it “a new era of Athletic Elegance in design for the Genesis product portfolio,” as well as the interior that looks like the inside of an upscale 300-year-old pub. Which is meant as a compliment.

Genesis has said two turbocharged gas engines will come to the U.S., and though they haven’t let slip which engines those will be (nor if we’ll get the same choice in Canada), expect enough horsepower to rival the German competition.

Like the rest of the Genesis lineup, which you can purchase online from the comfort of your home (or the discomfort of your office), the GV80 pre-order deposit is $1,000. Delivery of the first Genesis SUV is expected to start the second half of this year. Full details are expected later this month. 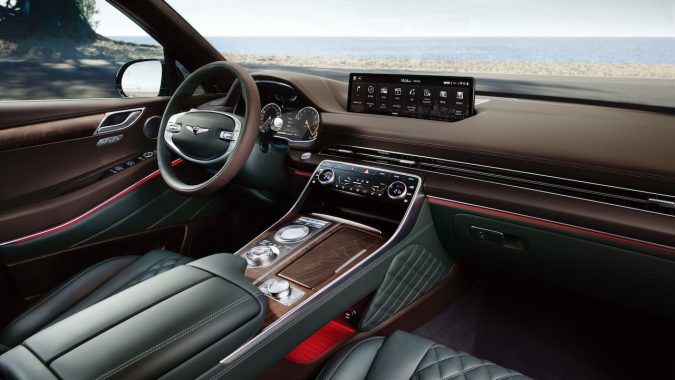 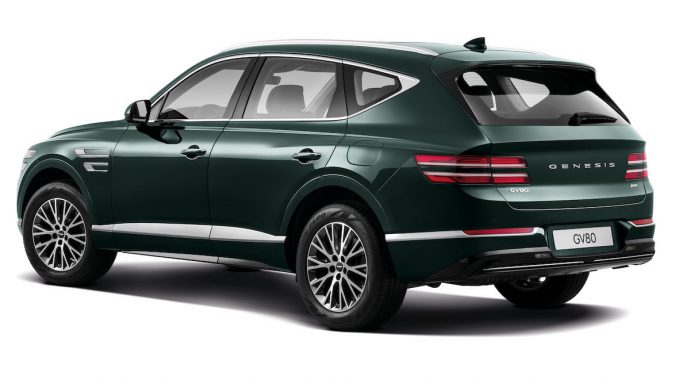